If you want to get everyone in Paldea, Zorua is one of the rare Pokemon of Pokemon Scarlet and Purple. Although it is a Pokemon that you can get on your own, without resorting to exchanges or rare evolution methods, it does have a particularity: it hides in other Pokemon.

Zorua is similar to Ditto, in the sense that you will not find it visibly on the map. But in Pokemon Scarlet and Purple it’s easier to catch these Pokemon than in previous games, since you can tell whether or not they’re imposters without going into battle.

Here we explain how to capture Zorua in Pokemon Scarlet and Purple, where you will find it in Paldea, and how to get its evolution to Zoroark.

How to catch Zorua in Pokemon Scarlet and Purple

Zorua, like Ditto, can transform into other Pokemon, although his way of doing so is based on illusions. Unlike Ditto, it is a strong, Dark-type Pokemon that will serve you well on your team, especially against Psychic, Ghost, and Dark-type Pokemon.

These are the areas where you can find wild Zorua:

Zorua, the little fox Pokemon, will always be hidden in other Pokemon. If we start combat against them, Zorua will change to his real form. But we can know if a Pokemon we see on the field is zorua if we fix it with the ZL.

Keep in mind that if this is the first time you meet a Pokemon, it will come out on top of its head. ???. That is why it is important to capture or at least fight against all the Pokemon that we see.

If you’ve seen all the Pokemon in the region, but you’re missing Zorua, the first time you set ZL on a hidden Zorua, you’ll get ??? about the Pokemon, so if it’s disguised as a Pokemon you already know, you’ll know immediately that it’s the little fox.

How to evolve it to Zoroark

The best thing is that evolving Zorua in Zoroark has no mystery. Just keep it in your party until it reaches level 30, and it will evolve automatically.

This is all you need to know about how to identify Zorua and evolve it in Zoroark.

Here we leave you our analysis of Pokemon Scarlet and Purple: “The graphics are still their great weakness, but they shine so brightly in everything else and they are SO special games… that they take our outstanding.”

In addition, if you need help, we explain 9 things you should know before starting to play, the best recommended order to beat the story, where all the stakes are and the complete Paldea Pokédex, and 6 other secrets that you may not know. 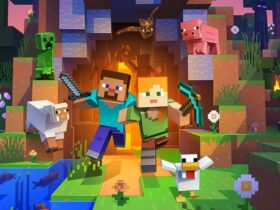 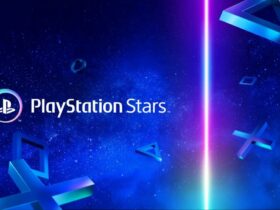