It is a remastering (which in many ways seems more like a remake) of the classic released for PSP in 2008, introducing technical improvements and other novelties.

In general we are facing the same Crisis Core of PSP, but there is something you should know: this remaster also inherits the New Game + mode that we already enjoyed in the original.

In this way, if you have already finished Crisis Core Final Fantasy VII Reunion on any difficulty, you can start a second game in New game +. We explain how it works in this guide on the Square Enix JRPG.

New game plus: items that you will keep in your new game

Players who complete the main storyline of Crisis Core: Final Fantasy VII Reunion will be able to access a mode that doubles the game’s life. This is the New Game + mode, which was already in the original PSP.

You already know that Crisis Core has a lot of side missions, and some of them are almost impossible to complete in the first game. This is something positive and negative at the same time.

Upon completing the game on any difficulty (the main plot), you will unlock new game +. It’s basically a new game where you’ll keep many of the elements from your first game.

New game + comes in handy to complete 100% of the title’s missions (and get the corresponding trophy/achievement), as well as finish exploring every corner of Crisis Core.

Most items from your first game will carry over to New Game +but we are sorry to tell you that there are other aspects that you will lose (although fortunately there are not many).

These are items that are kept in New game + :

These are all the items you will keep in New Game +. As you can see, you will not have all items 100% nor will the state of the equipment be reflected as you left it.

There are other elements that you will NOT keep in your new game. For example, it will be necessary to get the Summon Materia for the OMD againa vital element in the combats of the game.

As for the progress with the Mortal Sword, it will first be necessary to obtain it, otherwise what we obtained in the first game will not be transferred. The same goes for the 6 slots for the Materia (Soldier 1st Class), the keychain and the backpack..

Basically, any item that is vital to the character’s progress or that can make it much easier to start the adventure will not be kept. That’s the rules in Crisis Core Final Fantasy VII Reuniondisponible en PS5, PS4, Xbox Series X|S, Xbox One, Nintendo Switch y PC.

Are you playing Crisis Core Final Fantasy VII Reunion? In that case, we recommend you take a look at these guides at Hobby Consoles: How to defeat Minerva, How to find and defeat Behemoth King, How to find the 7 wonders of Nibelheim, or How to raise your temper. 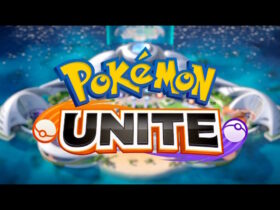