The ninth generation Pokemon, in the games Pokemon Scarlet and Purple on Nintendo Switch, they introduce many new Pokemon that you can catch in Paldea. Many you can find in the wild, but many new rare Pokemon are also introduced.

Here we are going to review the most difficult new Pokemon to get in Pokemon Scarlet and Purple. Many have rare evolution methods, and they are very difficult to learn unless you know beforehand.

The hardest Pokemon to evolve into Pokemon Scarlet and Purple

First we must have a Primeape (which evolves from Mankey at level 28). Then we must use Annihilape’s Fury Fist movement 20 times, before raising it one more level to obtain this new and spectacular evolution.

One of the more unusual Pokemon is Gimmighoul, one that has two forms: the chest form and the walking form. The chest is only found at the top of the towers scattered throughout Paldea. You must capture one.

The wanderer can be found in many places, usually near Pokemon Centers, towns, or ruins. You can’t fight her, you’ll just pick up a Gimmighoul coin. The goal is to gather 999 Gimmighoul Coins for the chest-shaped Gimmi to evolve into Gholdendo.

To do this, farm coins by interacting with everyone you see, and climbing all the towers to defeat the rest of Gimmighoul (even if you kill them all, every day a random one spawns in some area). When you have 999 coins in your inventory, it will evolve to the next level you level it up.

Both have similar methods. You must first find a Charcadet. It is a fairly common wild Pokemon in almost all areas of Paldea.

One of the most popular new Pokemon is this dolphin Pokemon, which you can find regularly in the seas of Paldea, usually at low levels. But if you want to take its evolution, Palafinyou will have to visit a friend.

You need to get Finizen high first, to level 38. After that, go to another friend’s online game (using the Joining Circle). Raise it one more level, and it will evolve into Palafin.

Pawmot (evolution of Pawmi and Pawmo)

Pawmi, this cute Pokemon very common throughout Paldea, can evolve into Pawmo naturally at level 18. But for the third evolution, Pawmot, you must put it first in your team and take it out into the world (launch it with the ZR so it walks with you) .

after giving 1000 stepsPawmo, at any level, will evolve into Pawmot.

Resembling a ball of desert litter, this Pokemon has exactly the same evolution method as Pawmot. You must capture Bramblin, and then take him out with ZR or R so that 1000 steps. Bramblin will evolve into Brambleghast (there is no other evolution).

Pawniard, a fifth-generation Pokemon, evolves into Bisharp at level 52, no less. But Paldea has introduced a third new evolution, Kingambit.

Paldea has introduced a new evolution for Dunsparce, a second generation Pokemon. Dudunsparce is a bit disappointing, because it is identical to Dunsparce, but a bit longer.

That said, if you want to get it, you have to teach Dunsparce the move hyperdrill. Only then will it evolve. 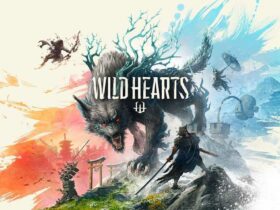