Recently, some leakers have unveiled a new alleged Legend of Apex Legends. Let’s see together the first details about it

Apex Legends recently kicked off its new Genesis Collection event, which allowed dataminers to dig into some of the new code and possibly discover a legend arriving. As reported by Charlie Intel, SomeoneWhoLeaks dataminer revealed that Apex Legend season 10 will introduce a new legend called Seer. Let’s see all the details about it in the next lines of this article.

Apex Legends: does the new legend have a drone?

The leakers Apex Legends had previously leaked a character with a moth symbol in the game, the community had thought then that it was a teaser for another legend call Pariah. SomeoneWhoLeaks found skill icons for Seer, but at the moment it is not known what powers they represent. Seer will most likely be equipped with a moth drone, and SomeoneWhoLeaks has revealed the animation for the same. It is unclear what the drone could really do, but that seems to be Seer’s tactical prowess. It should be noted that none of the details have been confirmed by Respawn or EA yet, so the whole thing has to be taken with quite a few pliers reinforced.

The current season of Apex Legends has introduced a new 3v3 mode called Arena and a new legend, Valkyrie. Valkyrie comes with a kit Northstar Titan altered which offers its best horizontal movement. The legend in question has two passive abilities: Vtol Jets which allow her to jump and maneuver in the air, and Valkyrie can scan enemies while in the air. Its tactical prowess is a missile swarm that fires rockets over a small area to stun and slow enemies. Valkyrie’s Ultimate è Skyward Dive which allows her and her teammates to launch into the air and redeploy, activating her passive ability to scan enemies. We also recently reported that Apex has been hacked, more details about it in this article. 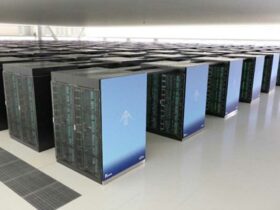 Amazon Summer Color: What do you need to experience this summer?

Matchbox invites you to drive the car of your dreams for only € 1.99