New World managed to make a very noteworthy launch, immediately recording incredibly high numbers for a new IP MMO. Today the game continues to be played and followed by many players, but it is undeniable that the initial enthusiasm is gradually waning, also due to a less than optimal management of in-game content. So let’s take a closer look at how New World is doing and what aspects it could improve

New World: How is it going?

Already seem a long way off the days when New World was the most played game of Steam, with an astonishing number of 913,634 active players on Valve’s platform, and 985,738 viewers on Twitch. Today the situation is very different, and although the video game still has its hard core of fans, the user has dropped drastically, reaching far lower standards.

Just two weeks after launch, players have more than halved, and now, at the time of writing this article, the percentage of active users is just a small fraction of the launch numbers: quite a problem for an MMORPG, given that this genre of video games makes longevity its flagship.

So what’s the problem with New World? The most obvious of all and which certainly takes most of the blame is the way it was structured l’endgame, which in fact is practically absent. All the activities to be done after completing the main storyline boil down to farming of specific materials, useful to complete one’s arsenal but does not give a valid motivation to the players to continue playing.

Once we have the material we need and reach the level cap New World runs out of arrows in its bow very quickly, given the low amount of activity PvE and PvP currently available. The problem of the Amazon video game for now is mainly here, and it must be said that a substantial update could improve the situation, which at the moment it is not known when it will arrive.

We also add that a big limitation immediately evident of the game is the big one gameplay linearity, which rarely manages to entertain a seasoned player who is not in his first MMO. A limitation that is somewhat the consequence of the Amazon experiment, which tried to to establish itself as a leader in the sector (also complimenting himself) without knowing exactly how to do it.

From this point of view, it is impossible not to notice how New World is a project that struggles to focus on the features that make an engaging MMORPGrather, trying to introduce all those elements that the big competitors use. The result, as you may have already guessed, is a great background dispersion, with many features that are not very thorough and basically ends in themselves.

Added to this is the scarcity of explorable places, the result of a decidedly small map for a game of this kind and which contributes to making the New World experience particularly short.

How is Amazon handling the situation?

If we take a look at how Amazon is currently handling the situation, it must be said that the situation is not the best. In the first place the developers have drastically increased the difficulty of some activities without any kind of announcement simply to try to artificially lengthen the playful experience of the game, a choice that is questionable to say the least in the context of an endgame already poor in content. 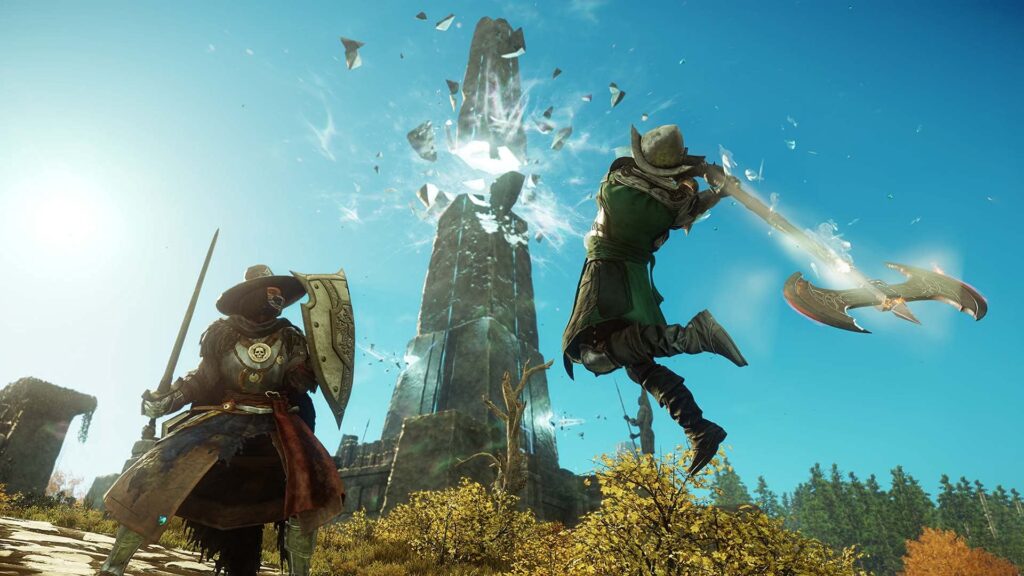 On the other hand there are the bug e i bot, which are plaguing Amazon’s MMO more and more. The first of these two issues is certainly the most serious, since they make the gaming experience a nightmare for all honest players of the title. The reason is simple: these AIs are designed to automatically recover the unique resources, those shared with the entire server, leaving all those who do not use them dry-mouthed.

In short, the current situation is quite heavy, the hope is that Amazon Studios will work on it to create a better and more satisfying gaming experience for the community. In the meantime, we will keep you updated on how New World is doing in the coming weeks.