The film directed by Brenda Chapman is available on Amazon Prime Video. The unexpected meeting of two literary worlds halfway between fantasy and reality. An attempt to tell about the meaning of growth and rebirth against the adversities of human existence. Here is our review of Alice and Peter

The film was presented at Sundance Film Festival and the film Alice and Peter directed by the new director is available on Amazon Prime Video starting from 22 April Brenda Chapman. Already known within the universe Disney for having curated cult subjects such as The beauty and the Beast; The Lion King and having directed Rebel – The Brave; Brenda Champman she went to work with an unexpected prequel (and perhaps with too high expectations for the final result).

A cumbersome attempt to revisit two literary worlds (Alice in Wonderland and Peter Pan) with the aim of offering a story never known before. The inexhaustible sense of imagination that digs into the depths of souls combined with the hardness of life. An endless race full of obstacles towards the fateful and much sought-after “Neverland”, with a deep and introspective knowledge of the soul of young and old.

In Victorian London, Alice (Keira Chansa) e Peter (Jordan A. Nash) they are two loving children surrounded by the love of their parents (Angelina Jolie and David Oyelowo) and the dearest affections, in the sweet and welcoming country house. In this place of peace and a sense of lightness, they are free to play and unleash their imagination together with their older brother David. Suddenly everything changes when David is forced by his strict aunt Eleonor (Anna Chancellor), enrolled in a prestigious college. A tragic accident puts a strain on family stability and balance, leading to a radical change in one’s existence.

Peter and Alice, moved by compassion and need, seek a solution in gloomy and gray London. The two will soon find themselves in a mysterious and dangerous world that will catapult them into a series of adventures that will change the course of their lives.

The sense of imagination: when reality bursts into fantasy | Alice and Peter review

A sense of peace and lightness seems to immediately pervade the viewer in an all too suffocating and unlikely way. An idyllic and peaceful start with the on-screen representation of the typical united and happy family, ready to fight against the adversities of hard-nosed life. Alice and Peter together with their brother David with their imaginative adventures are the utopian representation of the future generation, part of their colorful world, without inequalities and gender differences. A frame of vision of an alternative space-time, in which imagination and reality merge together creating world and impossible scenarios.

But nothing is really what it seems. Reality violently bursts into the imagination and balance of everyone’s lives combined with a brutal tragedy, carrying the story gradually towards the abyss of sadness and infinite emptiness. The sense of candor begins to disappear with theatricality following the arrival of Eleonor (Anna Chancellor) the severe aunt, the first undermining all family certainties. The bright tones and the overly cheerful and sometimes cloying melodic music are unexpectedly overwhelmed by a crescendo of discomfort and disappointment, which can be found in part in the loss of colors and expressiveness present until then.

The enormous grief and earthly vices and the sense of detachment blow the house of cards built by the two brothers down the precipice. The worlds “refuge” in which the spectator himself was dragged without his knowledge, they leave room for suffering and disappointment. The battle against pirates and worlds of fairy tales take concrete form with the real battles of human existence: a ferocious living outside the protective family nucleus. 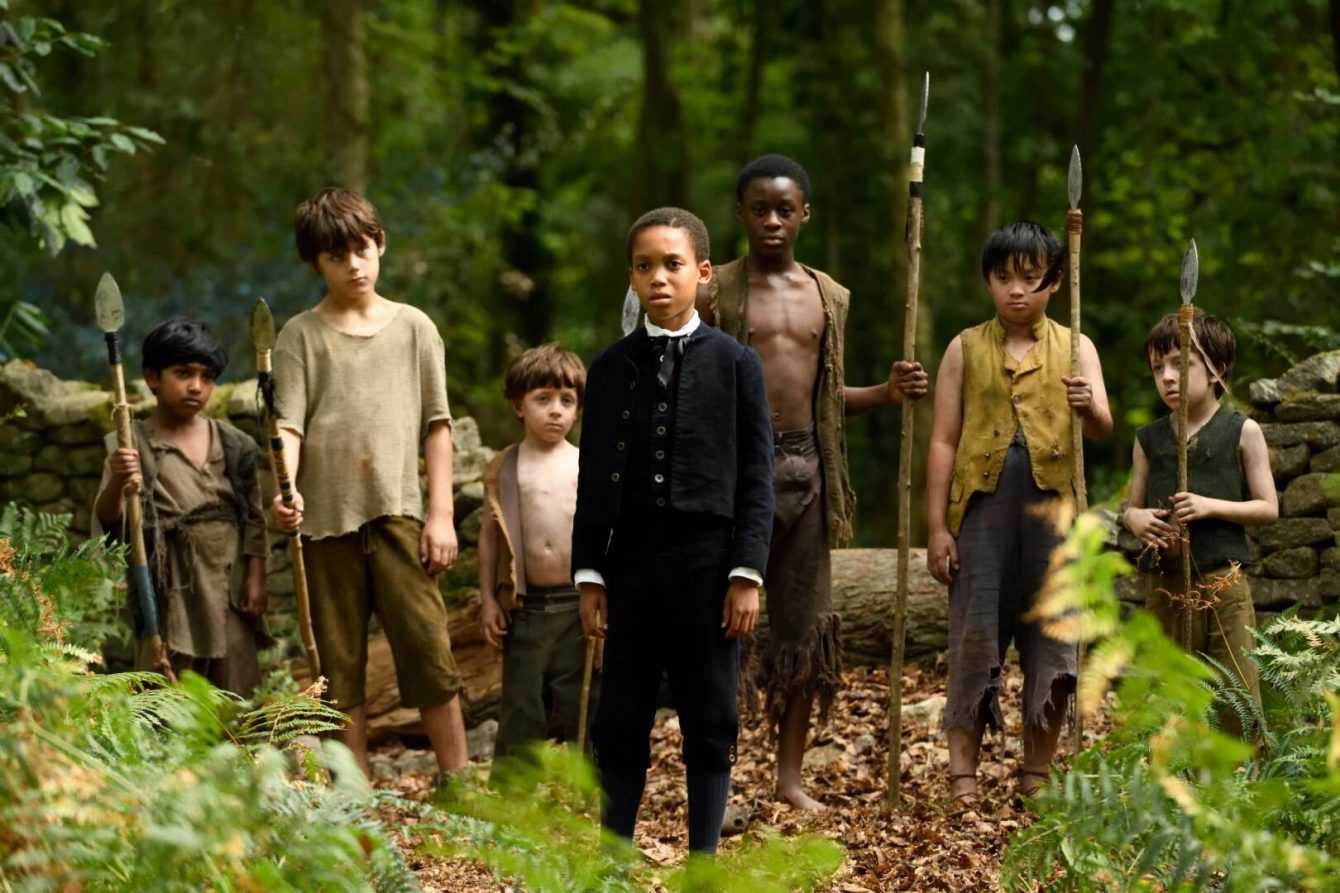 Towards Neverland and Wonderland: a tiring arrival | Alice and Peter review

Growing up is difficult, and getting to the island that is not there to meet a new world of wonders is even more so. The powerful message of revenge, social redemption and of the phantom light after a stormy storm, flounders laboriously. The childish imagination capable of stirring hope and a sense of personal rebirth from the driving force it was at the beginning of the film becomes the Achilles heel. The intentional representation of the human and emotional growth seems to remain as in a dark corner, without getting the right push to shine with its own light. 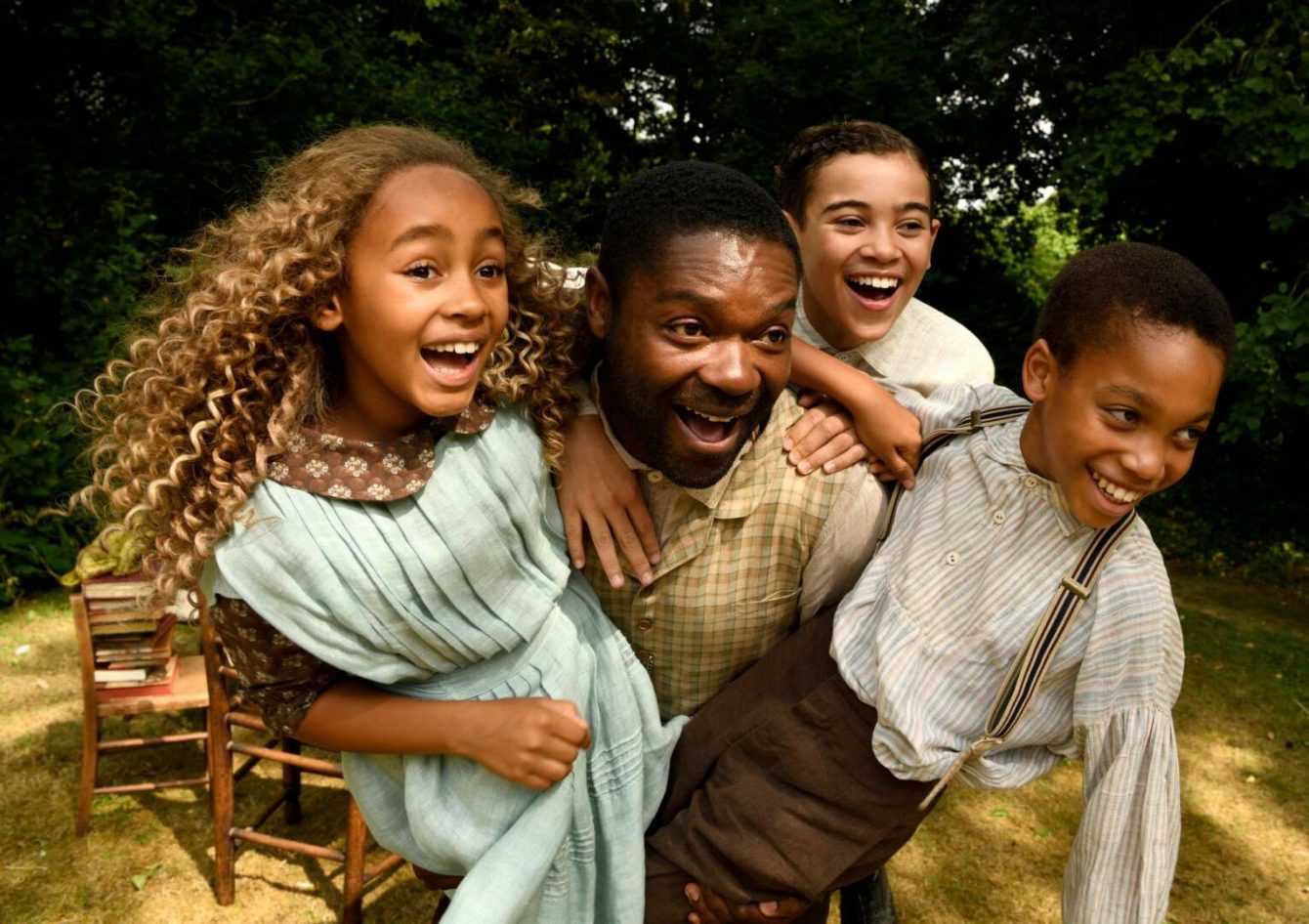 Furthermore, the difficult realization and elaboration of mourning remains suspended and estranged from the rest of the film, with the consequence of an all too conflicting and apathetic vision. The deep introspective journey in the human soul of young and old it is as if estranged and too trivialized with a load of effects and events totally disconnected from each other. Everything is surrounded by the voiceover that instead of guiding the vision towards the most intimate human knowledge, hinders the true meaning of the message contained, showing itself without a real justification and sense of use.

Overall, a work full of gaps and gaps is presented. Unfortunately, despite the great commitment and basic good intentions, the film has some shortcomings starting from the basic script. The narrative sense of the film in fact seems repeatedly interrupted and fragmented, not ready to follow a linear flow. All this is accentuated by an excessive use of special effects, often used in order to minimize the drama and emotions, resulting in a deep rift. Furthermore lthe absence of a growing climax makes the overall vision stiff and stale, fixes on the same straight line without really going to center the heart of the matter.

The various literary references present in the classic novels of Alice and Peter, row against creating even more inhomogeneity in the product. The succession of events does not transport the viewer, sometimes disoriented, into the worlds of vision that continue as detached and independent from each other.