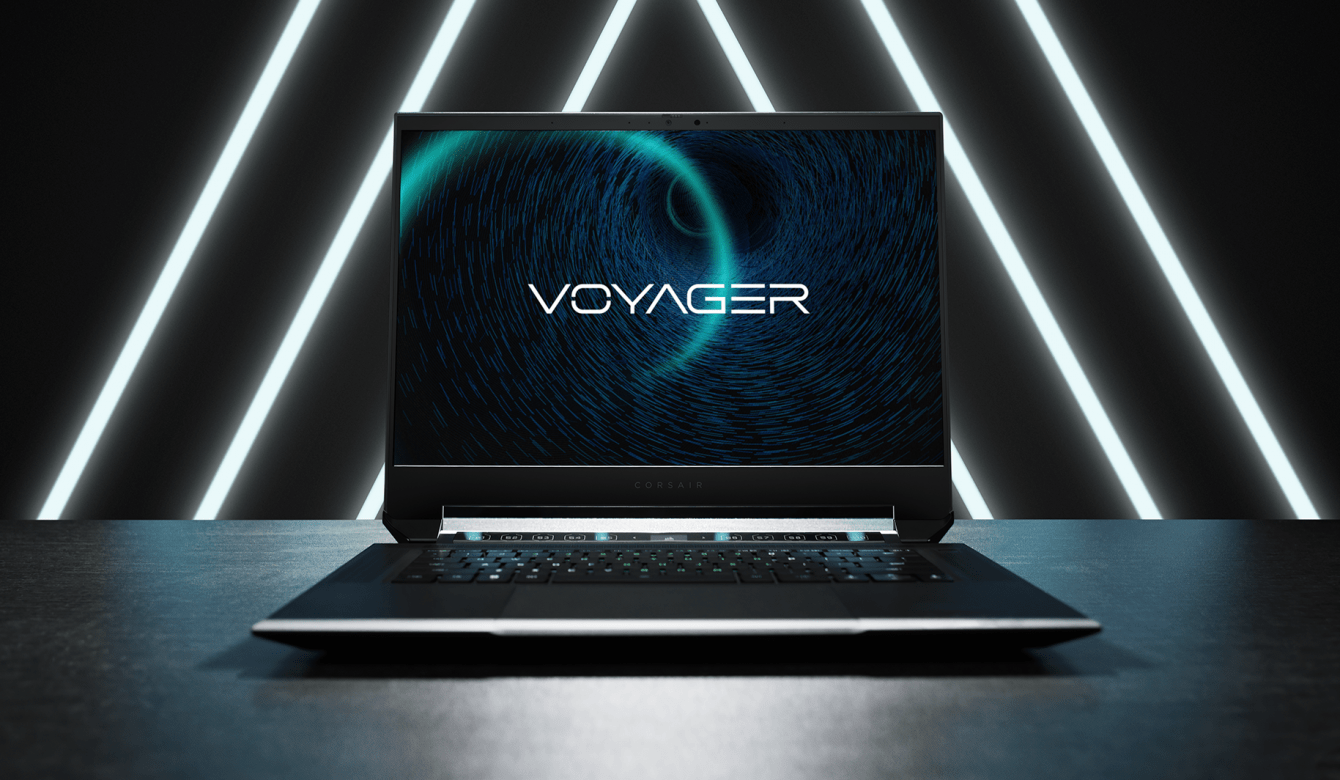 Introducing the new Corsair VOYAGER a1600, a laptop that aims at the top of the sector, conquering the label of laptop for gaming and streaming

The colossus Corsair, has developed an incredibly powerful machine, which aims at the uncompromising gaming sector. This is the new TRAVEL a1600 AMD Advantage Edition, a long name, which however hides a surprise inside, this powerful laptop will be available in 2 variants, one with AMD Ryzen 7 6800HS to 8 cores / 16 threads 4.4 GHz +, and the other, the more powerful, will mount a AMD Ryzen 9 6900HS a 8 core/16 thread 4,8 GHz+, processors that at full capacity, inserted in a laptop, will really allow you to open new gaming scenarios on the move, as long as you have a respectful dissipation.

Available at the starting price of € 3,299the CORSAIR VOYAGER a1600 boasts a state-of-the-art AMD processor and graphics card, specifically designed to achieve maximum performance in the latest generation notebooks and which thanks to the smart technology of AMD, in addition to the software and technologies of Corsair ed Elgato, gives the user an absolutely unique gaming and streaming experience. Let’s get to the heart of the article to take a closer look at it. 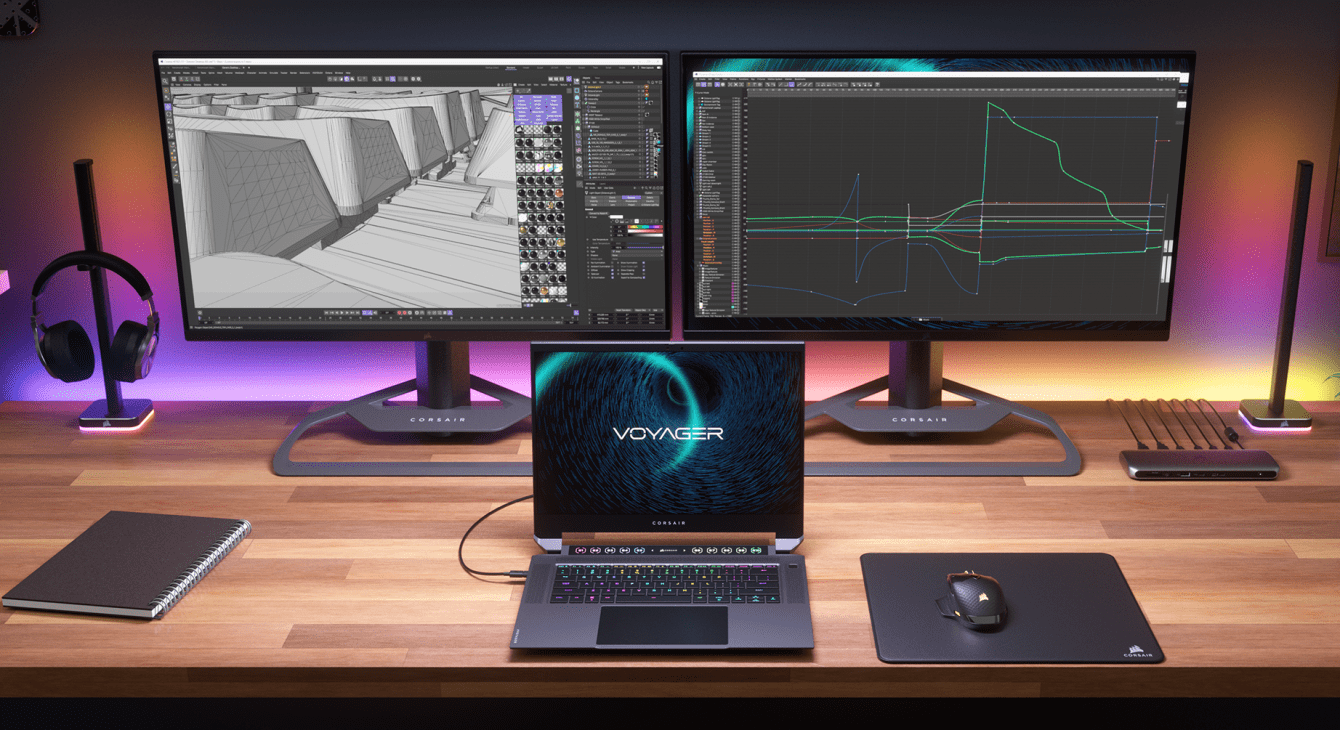 Il Corsair VOYAGER a1600 features AMD’s most advanced components, to deliver top-notch performance in an incredibly slim form factor of just 19.8 mm. AMD Ryzen 9 6900HS 8-core, 16-thread processor and AMD Radeon RX 6800M mobile graphics card allow the most demanding users to play with settings at maximum values, without sacrificing the high number of frames necessary to share your bets through the most important ones piattaforme streamingthanks to the use of AMD smart technologies, such as AMD Smart Access Memorywhich further improves the performance of your components. 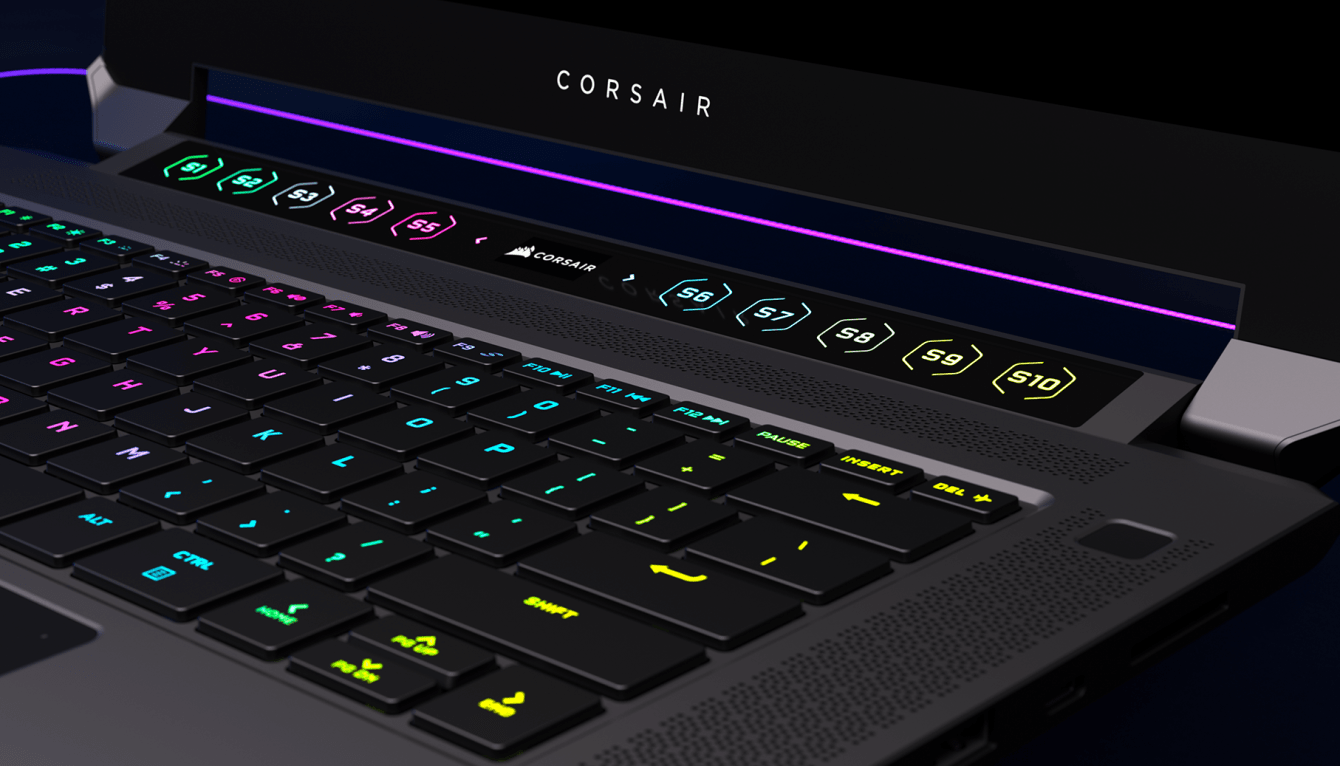 Additionally, CORSAIR VENGEANCE DDR5 SODIMM enriches the powerful hardware of the CORSAIR VOYAGER a1600, allowing it to take advantage of the extraordinarily high frequencies offered by the DDR5 platform.

It Corsair VOYAGER a1600 finally, it boasts an incredibly detailed image qualitythanks to amazing color accuracy guaranteed by a screen 16-inch 2560 × 1600 QHD + IPS e refresh rate ultra high of 240 Hz. Thanks to the support of technology AMD FreeSync Premiumall fans will therefore be able to fully enjoy each title, taking advantage of all the quality with which it was originally conceived, at an absolutely impressive frame rate level. 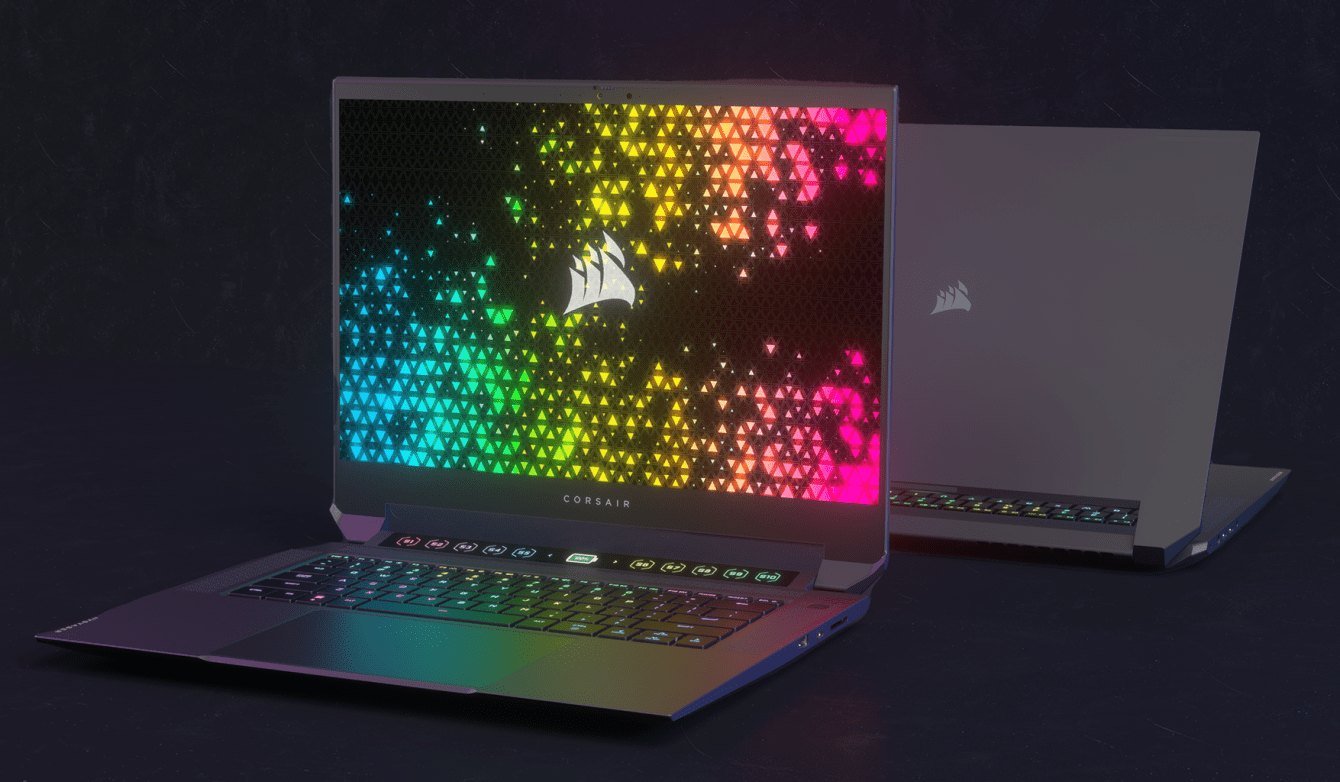 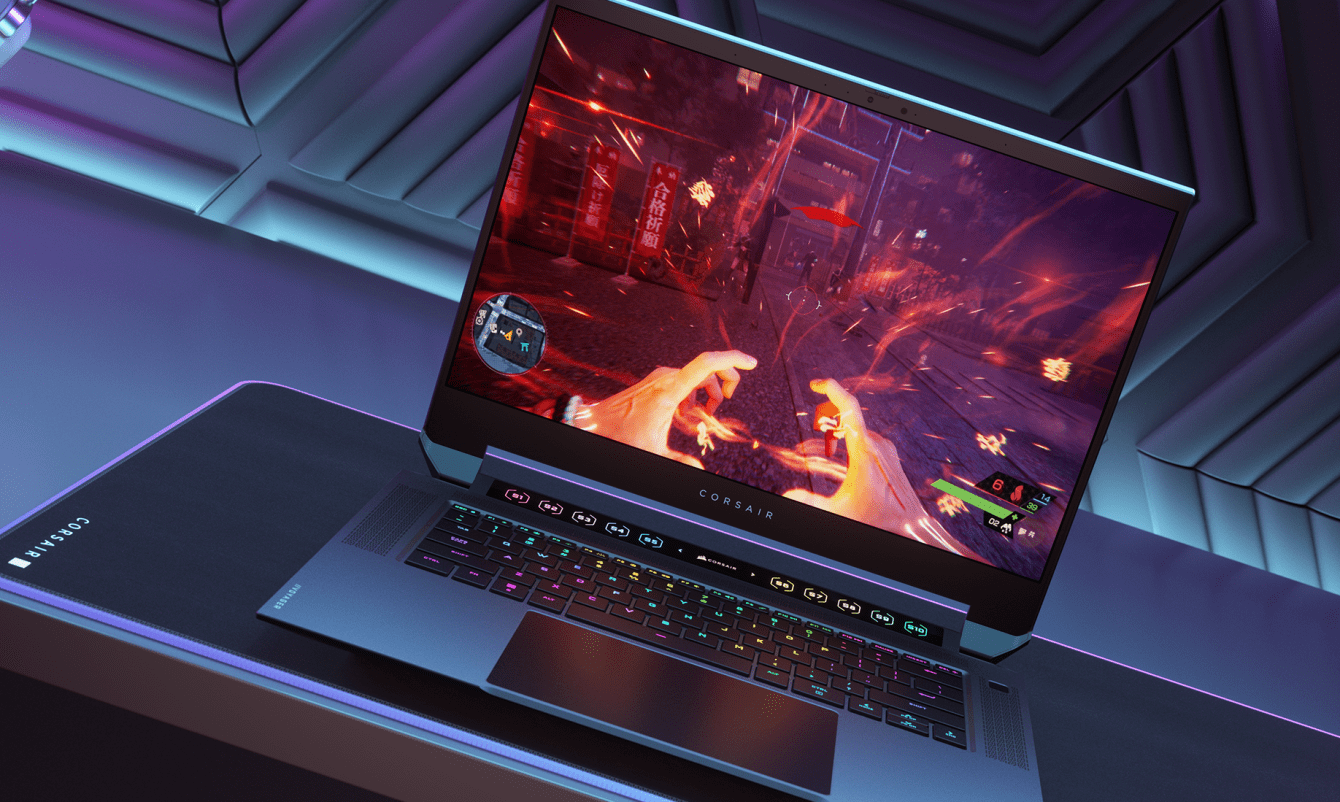 In addition, thanks to the integration with the exclusives Elgato streaming technologies, the Corsair VOYAGER a1600 is capable of making the dreams of any content creator come true. THE ten easy-to-access S-key shortcut keys, managed by the Elgato Stream Deck software, they allow you to control streaming with a simple touch. There webcam FHD 1080p30 of this laptop captures every face without leaving out any detail while 4 directional microphones with ambient noise cancellation, they faithfully record voice, even in very crowded and noisy spaces.

Both VOYAGER a1600 AMD Advantage Edition models (CN-9000003 and CN-9000004) are based on graphics Radeon RX 6800M, in addition to the differences inherent to the CPUs already listed above, for the display we have a 16.0 ″, with look at the account of God 16:10resolution a 2560 × 1600 and 240 Hz. You can equip your PC with 2×8 GB VENGEANCE DDR5 SO-DIMM, or opt for a config 2×16 GB. Again for SSDs, we can have an M.2 NVMe SSD PCIe 4.0 and 1 TBor from 2 TB. The keyboard switches are mechanical and are CHERRY MX’s. They are also present 10 Stream Deck shortcut keys plus arrow control. The basic configuration costs 3,299.99 euros, while it takes a good 3,699.99 euros for the more “equipped” version. If you want to continue to know the latest news from the hardware world, keep following us. Greetings from TechGameWorld.com.

Corsair article VOYAGER a1600: the laptop for gaming and streaming comes from TechGameWorld.com.