But what is this rotary phone? Is it physically a phone? Younger people probably won’t know it, but everyone else will be amazed to know that it can be used to play DOOM.

DOOM can be played on consoles, PCs and… landline phones from the 1980s

What can we say about DOOM that hasn’t already been said? The father of all shooters is one of the most popular games in history, and has involved – and upset – an entire generation in the 1990s. Over the past few years, the title has been adapted for various platforms, even landing on Minecraft and Twitter. . But the real news is that it is finally possible to take advantage of the historical shooter also on dial telephone. Finally: we were all waiting for this readjustment. But what is a rotary phone? Well, if you were born after the second half of the 90’s you have probably never heard of it.

These are landline phones typical of the 80s, equipped with a wheel to select numbers. In short, the furthest thing from the smartphone that you can imagine.

The hack was spotted by one of the original DOOM creators, John romero, who shared the video on Twitter with the caption “Hello operator? I would like to report a Cacodemon ”.

The mod is the work of the Reddit user g_calgary, which mapped the analog signals of a dial telephone and then assigned each input to a game command. The result? The creator himself states that “it is a terrible experience. I don’t recommend it !! LOL “.

In fact, the idea of ​​fighting alien demons armed with a phone is anything but tempting. It goes without saying that playing is literally impossible: just to take a step forward you have to select number 4 and wait for the wheel to go around. In short, one of those classic things belonging to the list of “just because we can does not mean that we should”.

But if you want to hurt yourself you can try the mod yourself. The download is available online, the real problem is finding a rotary phone in 2021. 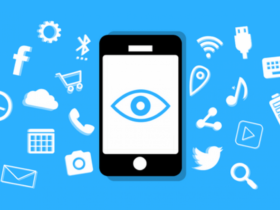