Bandai Namco today announced that the DRAGON BALL Games Battle Hour 2022, an online event broadcast live around the world, will be held on February 19-20, 2022 with support from SHUEISHA and TOEI ANIMATION. Here are all the details to not miss it.

After the great success of the first edition in February 2021, the DRAGON BALL Games Battle Hour this year will offer even more news on the best that the franchise’s DRAGON BALL has to offer, including manga, anime, video games and action figures.

In Europe, the event will be broadcast in the following time slots:

Regarding DRAGON BALL LEGENDS, there will be a special program again. In addition, a special event of SUPER DRAGON BALL HEROES will see 6 players from Japan compete against each other, divided into two teams in some 3 vs 3 battles.

There will also be several initiatives in the online Arena of the event. A multiple choice quiz tournament based on DRAGON BALL Z DOKKAN BATTLE e DRAGON BALL LEGENDS conducted by the development team and a “DBXV2 Super Fashion Show”, which will see the top 16 fashion leaders in DRAGON BALL XENOVERSE 2 show your creations.

All the initiatives to keep an eye on

In addition to the various events, users will be able to find out more about future projects of DRAGON BALL. In this regard, all the latest news on DRAGON BALL SUPER: SUPER HERO, the next film that will see the participation of Akira Toriyama.

Also DRAGON BALL: THE BREAKERS will be part of the event with the producer playing it live providing more information. The “Dokkan DATA 2022” will instead be a program that traces the seven years that have passed since the launch of DRAGON BALL Z DOKKAN BATTLE sharing some game statistics of its users and various data on its history.

There will also be information and content on the games of DRAGON BALL and many other products, but that’s not all. A series of images titled “How To” will also be shown which will show viewers how to take the best photos of their favorite “Dragon Stars Series” and “SH Figuarts” action figures.

A master of Chinese cuisine will be on stage to create some dishes of DRAGON BALL Z: KAKAROT in the special “KAKAROT COOKING” cooking program. Two sculptors will create statues of Goku and Vegeta in real time during the “DRAGON BALL Games Battle Hours MASTERPIECE FUSION” event, while several characters from DRAGON BALL they will be brought to life using a variety of objects, such as balloons, Rubik’s cubes and Japanese-style lunch boxes in the “DRAGON BALL ART CHALLENGE”. 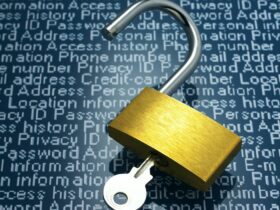 What is Log4Shell, the Java Vulnerability That Makes the Internet Shake 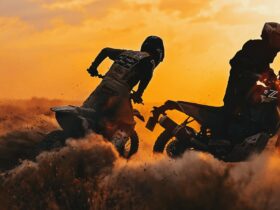 The new Nikon Z 9 is the mirrorless of champions

Back 4 Blood: how to activate crossplay