Here is our review of Eternals, the Marvel film directed by Chloé Zhao, which deviates far from the average of the other films in the MCU

Marvel will never cease to amaze us. Eternals is the twenty-sixth (!) Feature film in the superhero universe and despite this it manages to be one of the most innovative of all those that preceded it. We are not just talking about the huge international cast, the direction of Oscar winner Chloé Zhao or the story that is being told. This time Kevin Feige and co. they decided to exaggerate, touching on universal themes, showing scenes never seen in an MCU film and this, in our opinion, proved them right. Here is our Eternals review! Let’s go in order.

The Eternals are an alien race, originating from the planet Olympia, sent to Earth 7000 years ago by the Celestials. Their mission is to eliminate all Deviants, a monstrous race that could obliterate mankind with their fury. However, the Eternals must not intervene in any other conflict involving humans, such as wars or the snap of Thanos. After hundreds of years of peace, the Deviants reappear and this forces the heroes to find each other and fight them again, after spending a lot of time among men. Now that you know more, dive into the Eternals review!

We say it bluntly: Eternals is probably the best Marvel movie and one of the best cinecomics ever. Having said that, let’s also try to tell you why. Eternals rises above the MCU average for several reasons. First of all, having entrusted the project to an author like Chloé Zhao, who made this film before Nomadland, for which it won two Oscars. The director leaves her mark in an important way, even if she fails to totally transform Eternals from blockbuster to authorial film. However, its characteristic features are there, the great role played by nature, both in the settings and in the shooting itself, many of which took place without the aid of green screen. For a person accustomed to anything else, this choice was a breath of fresh air. Even a custom of Marvel movies, such as fighting, is completely turned upside down. Only on rare occasions have the clashes between hero and villain been different from the classic fist fight with a lot of special effects. Here, besides that, we have much, much more. All the powers of the protagonists are exploited to perfection and also the ferocity of the Deviants is rendered in an excellent way, although it is not particularly original.

Perhaps we cannot yet touch the impact this film will have on future generations in terms of representation and diversity. If Shang-Chi and the Legend of the Ten Rings had been fundamental for the Asian community, Eternals will be so for many people. It is sad to see how on some critical sites such as Imdb and Rotten Tomatoes the film was judged negatively before its release just because one of the protagonists is homosexual and has an adopted child. We all hope that Eternals will appeal to as many people as possible and that it succeeds in what its clear intent is: to inspire anyone, regardless of gender, sexual orientation, identity or disability, to do their best by showing them the best example they can. may ask, that of a superhero. 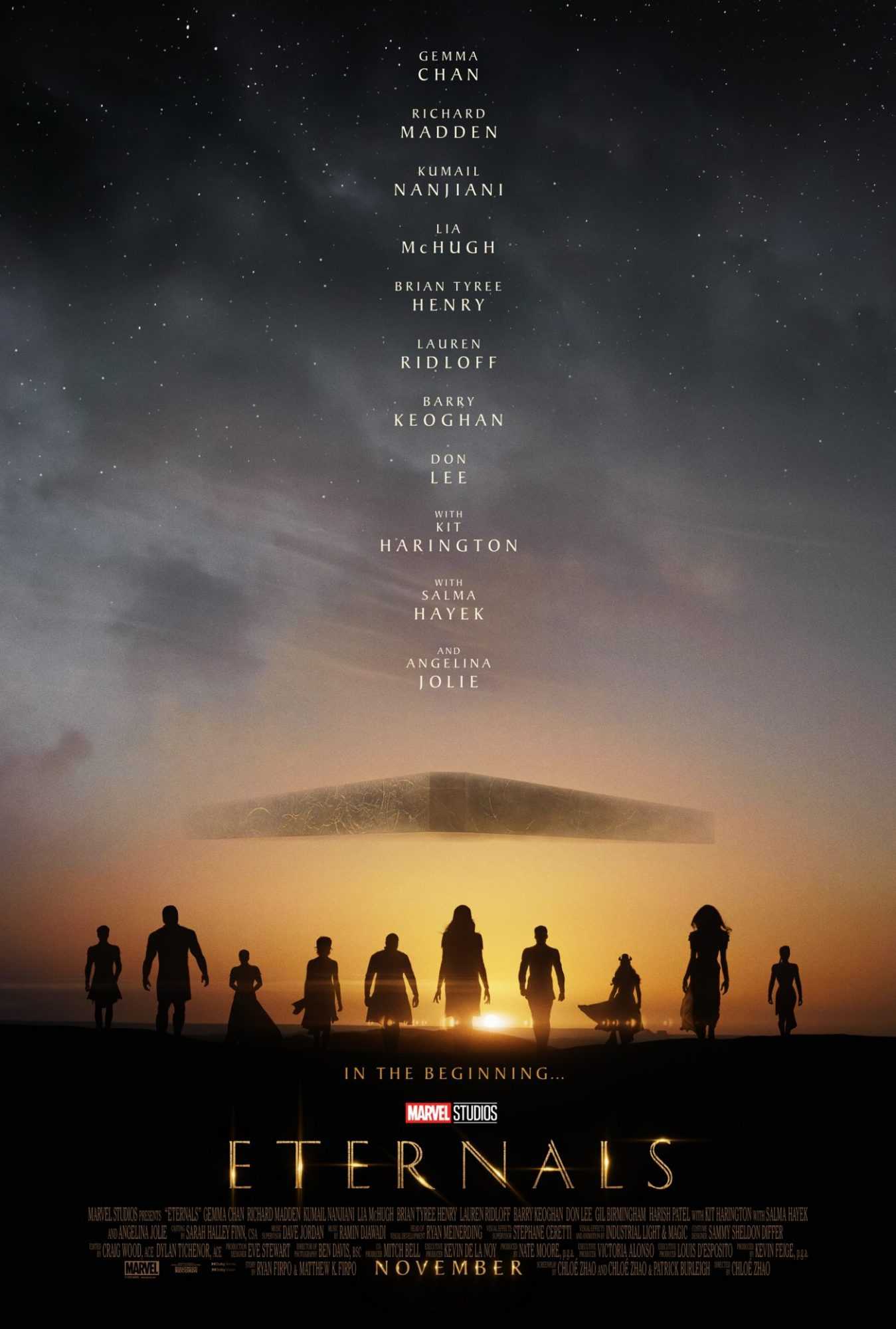 The good and the bad | Eternals review

The real peculiarity of this film are the themes dealt with, in particular the nuance of the good / evil dichotomy. Marvel has always accustomed us to the ease of clearly recognizing who the hero was and who the enemy: their motivations were very different, their characterizations also and often we found ourselves dealing with a villain with a relatively low thickness, in how much the hero had to shine. In Eternals, the situation is much more grim than any other MCU film. Without spoiling anything, just know that it will be really difficult to take the side of the protagonists and if you do, you will still have doubts that will torment you. The film offers a series of twists, right from the beginning of the film, which make our reading of the story confusing. Never as today are we faced with doubts about morality, humanity understood as belonging, the role of family and love. All the themes touched are indeed in a fantastic and exceptionally mythological context, but perhaps for the first time a Marvel feature film excels precisely because it is completely different from the others, not just because it is better made.

A film not for everyone | Eternals review

Another thing that strongly characterizes this film is the audience it is aimed at. Unlike what Marvel has accustomed us to, Eternals is by no means a product for children. Although there is no lack of classic humor, it does not prevail over history as it does in films like Thor: Ragnarok or the Guardians of the Galaxy. Even the topics covered are of a level very far from that of a kid accustomed to the fistfights of Iron Man or Captain America. A child can fall in love with the Eternals, there is no doubt, but most likely he will find it difficult to appreciate this film 100% like the others. This is not a flaw at all costs, but it represents a very specific choice made by Marvel Studios: they have decided to take the most difficult path possible and we hope that the public will honor them for this.

Eternals rises above the average of Marvel movies and does so by innovating every aspect. Chloé Zhao gives us a breathtaking story, full of twists and turns, of images that will remain indelible in our mind and partly redefines a universe that did not seem to be able to expand yet. But as the house of ideas has always accustomed us to, there is always room for surprises. The Eternals will return and we can’t wait.

This was our Eternals review. What do you think about it? Did you like Eternals? Let us know in the comments!