Infinite is the new action thriller directed by Antoine Fuqua starring Mark Wahlberge Chiwetel Ejiofor. The film will be available on the Paramount + platform on June 10 and takes us on a science fiction journey inside the protagonist’s mind.

Infinite: trailer and synopsis of the new film with Mark Wahlberg

For Evan McCauley (Mark Wahlberg), skills he can’t remember ever developing and memories of places he’s never visited are a daily torment. Used to heal himself and on the verge of a nervous breakdown, he is rescued by a secret group that goes by the name of Infinites and who reveals to him that his memories are real, but that they belong to multiple past lives. The Infinites take Evan to their extraordinary world, where a lucky few have the gift of being reborn with the memories and knowledge they have accumulated over the centuries. With a series of very important secrets buried in his past, Evan must join forces with those of the Infinites to unlock his memory and ensure the safety of humanity, which one of the group (Chiwetel Ejiofor) he threatens to destroy. 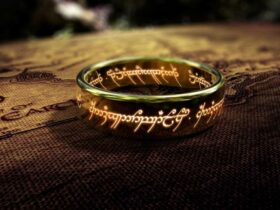 The Lord of the Rings: the MMO will not happen

6 curiosities about the cordless vacuum cleaner