At the beginning of August Logitech had announced a portable console and in the past few hours the first leaks have appeared online, revealing the features and design of Logitech G Gaming. A console that will use Android and will have Google Chrome as a browser, but at the same time will allow you to play the main cloud gaming services. A rival of Nintendo Switch and Valve’s Steam Deck.

Logitech G Gaming, the characteristics of the portable console

The leaks come from Evan Blass, who was able to obtain information on the portable console before the release. According to the leaker, the main focus will be on Google Play games. It will therefore, in all likelihood, Based on Android (or at least a variant of it) and those who use it will also be able to browse on Chrome.

However, as the American Tom’s Hardware reports, you can also play streaming games of Xbox Cloud Gaming e GeForce Now.

However, Blass had to remove the images because Logitech filed a complaint. But now many other publications had reported the leaks.

The ones you see for example shared by 9to5Google, which also analyzed the Google Play Console to evaluate the technical features of Logitech G Gaming.

According to reports from the American newspaper, the portable console of Logitech use the code name GR0006 to test the features on the Google Play Store.

It appears to be using a Android 11which exploits Snapdragon 720G as a processor and has 4GB of RAM to play on display in Full HD (1080x1920p). These are not numbers comparable to a top-of-the-range Android smartphone, but you have to consider that most of the computing power it will be done in the cloud, not from the chip. 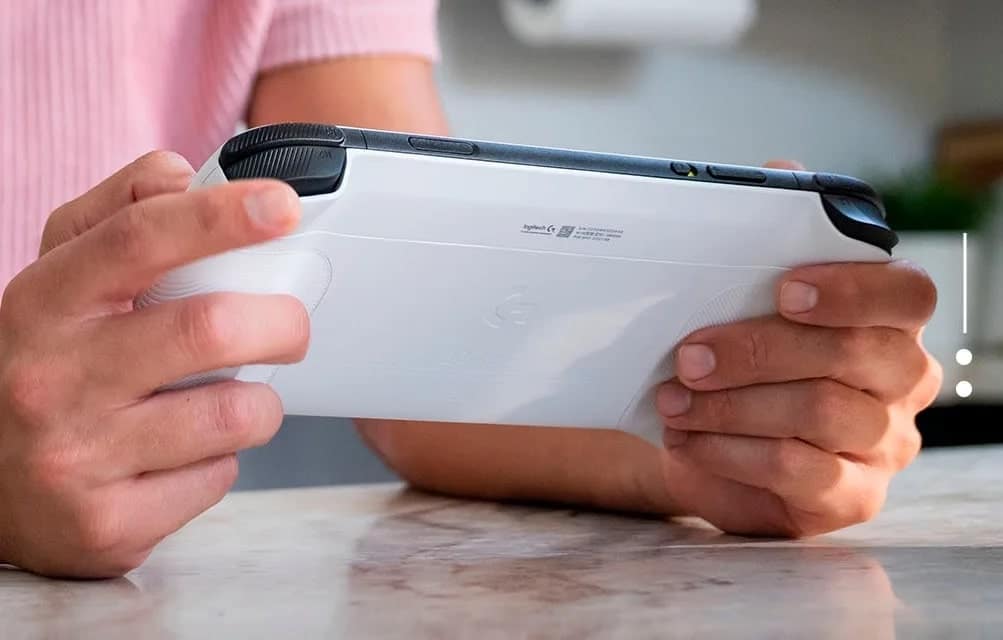 The device, white and with a design without too many frills, seems to have typical controllers for this type of handheld console. On the right we find the four buttons Y , X, B, A that we see on many products. Two analog leversone on each side, and four directional keys to the left.

Then there are due trigger for each of the upper corners, to ensure even better control. And it seems that there is also a slot for one memory cardto install other android games (we assume).

From the leak it seems there are also cards for YouTube e Chrome, suggesting that in addition to playing there will be room for some streaming on the device. And streaming will also be the real protagonist for gaming. Your Android smartphone will in all likelihood be snappier than this console, but a chance to have physical checks e access to cloud gaming will make all the difference.

There is no information yet on the possible announcement, but it looks like Valve’s Steam Deck will soon have a rival. The Nintendo Switch, on the other hand, will in all likelihood remain on another dimension: Pokémon, Mario and Link will only be found on that console. Bad Handheld consoles are increasingly becoming an important slice of the gaming industry. What do you think about it? Are you waiting for Logitech G Gaming? Let us know in the comments.