In this episode of the Monster Hunter Rise weapons guide we will talk to you from the spear, the perfect choice for those looking for maximum defense

To approach a new chapter of the series, however, it is necessary to overcome a great initial obstacle, that is the choice of equipment. Monster Hunter weapons really differ a lot from each other and to become skilled hunters it is essential that you find the one that suits you best. To help you with your research we have therefore decided to write one introductory guide for all Monster Hunter Rise weapons and in this new episode we will talk about the lancia.

Safety first of all

If you are a player who puts the safety of your character first of all, then the spear is perfect for you. This weapon consists of a long spear perfect for hitting monsters while keeping your distance and a large shield capable of blocking even the most ferocious attacks. Of course, equipment of this type it will greatly limit agility of your hunter, but in return you will get the best defense in the whole game.

On the surface the spear might seem like one of Monster Hunter Rise’s simpler weapons, but in this guide we will make you understand that this is not the case. Even a pair of apparently trivial instruments hides in fact many really interesting techniques. 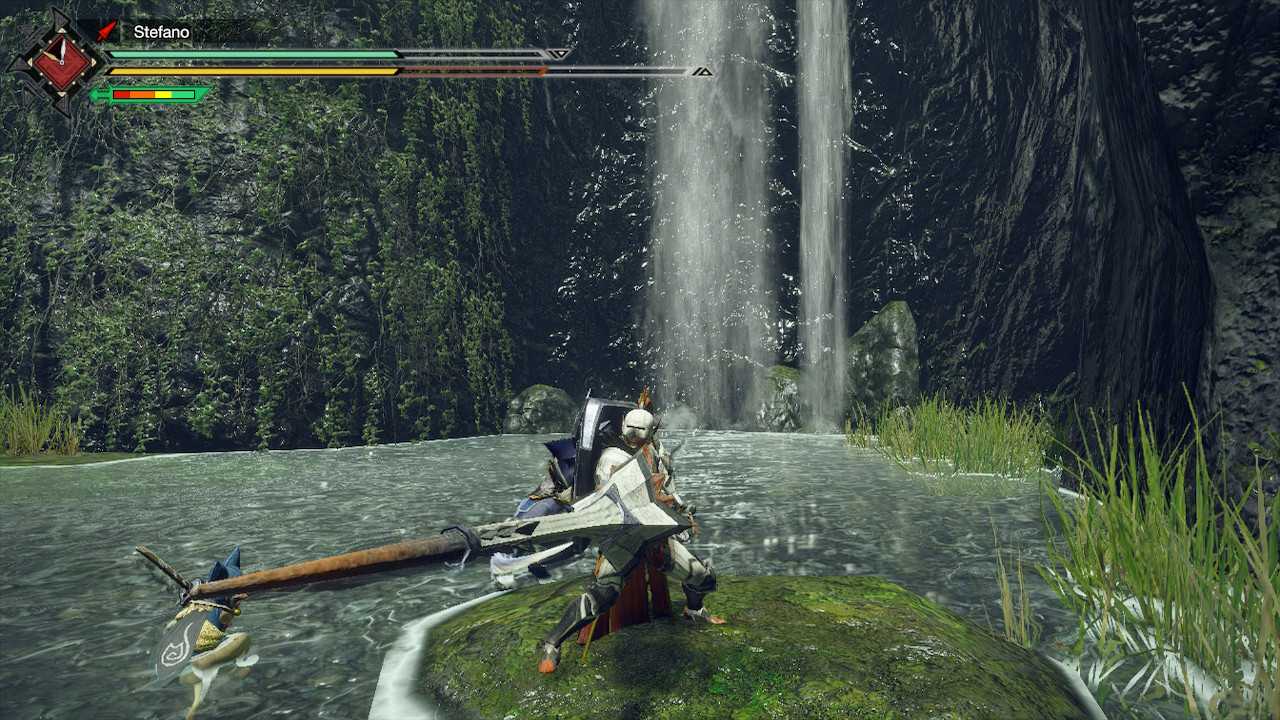 Compared to the other weapons of Monster Hunter Rise, the spear has a peculiarity that we would like to underline in this guide, namely the fact that each of his combo can only consist of a maximum of 3 attacks. These moves though they can be chained in any order, so you can adapt to the movements of monsters without too much difficulty. A common spear combo normally consists of a series of high or low lunges executable respectively with “A” e “X“, But if you want you can also attack with a powerful one sweep loaded executable with “X+A“.

Having fixed combos of 3 attacks could be limiting, but luckily it is possible to immediately start another one by doing a little side jump with “B“. This way you can reposition yourself slightly and continue to put pressure on your prey with an endless series of lunges.

By holding down “ZR”You can defend yourself behind the shield, but from this position you can also attack. While you are defending yourself you can in fact press “forward + X”To take a short step forward which you can follow with a powerful lunge pressing “X“Or one shield pressing “A“. If you want you can also press “X”While standing while parrying to lunge without exposing yourself, but this attack is very weak and we advise against using it. 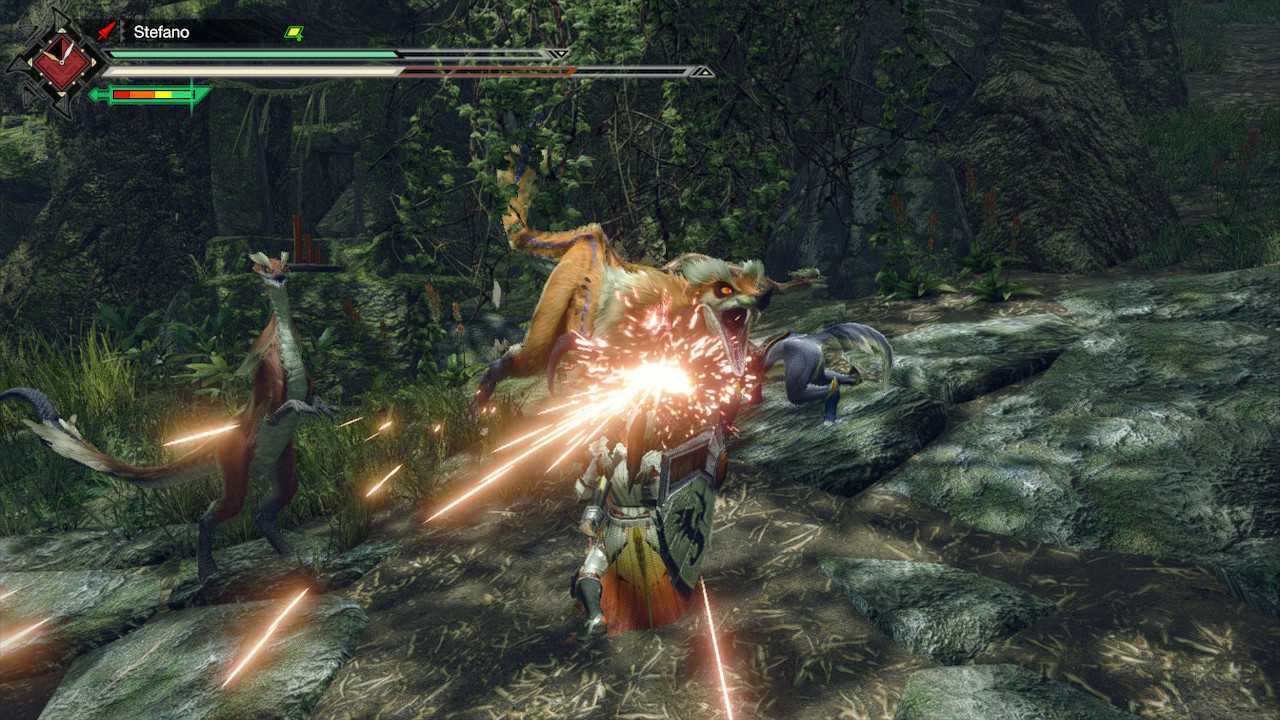 As we anticipated in a previous paragraph of our guide, in Monster Hunter Rise the spear has particular moves that have nothing to envy to those of the other weapons. Specifically, all these techniques are related to the shield and they are activated starting from the defensive position.

First we will tell you about the charge, one of the most conspicuous attacks of the spear. To perform this move, all you have to do is press “X+AWhile you are defending yourself. This way your character will start a long charge that will consume stamina for its entire duration and that it will damage any monster you come into contact with. After a while your character’s running speed will increase and from then on you can press “X”To terminate the advance with a very powerful thrust.

This technique is a lot useful for getting close to a target quickly far away, but it is quite uncomfortable to control. But know that for its entire duration you will always have the opportunity to perform small ones side dodges pressing “B“. Also, in case of need, you can always reverse direction of gear by simultaneously pressing “back + B“.

Another extremely useful technique that can be performed during the parade is the against lunge. This move will allow you to block a monster’s attack counterattacking immediately with a powerful thrust and can be activated simply by pressing “A”During a parade. However, the spear has an additional defense technique called strong guard, executable holding down “B” during a counter lunge. This way your hunter will get in a defensive stance that will constantly consume stamina but which at the same time will allow you to block even the most devastating attacks. 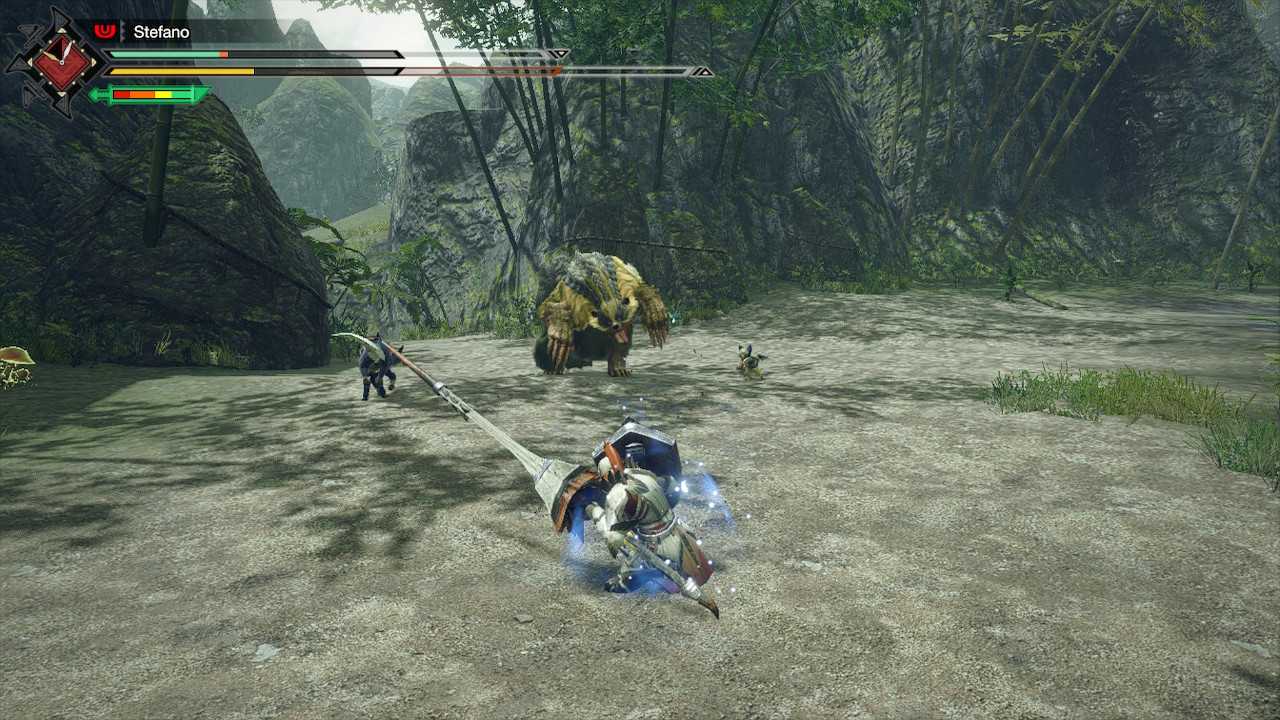 Spear thread insect attacks are: anchoring fury e double creeper. Anchoring Fury is a technique that allows you to absorb a monster’s attack and then counterattack immediately with a lunge that increases in power based on the damage absorbed. This move is very convenient to use in case you don’t have enough time to prepare a strong guard.

Double creeper instead allows you to skewer a monster with a kunai tied to a silk thread which will allow you to stay connected temporarily. This way your prey will try to attack mainly you and moreover you can immediately launch towards her pressing “ZL + B“.

In this paragraph of the guide we have talked about attacks with wire insect for the spear present in the latest demo of Monster Hunter Rise, but before concluding we would like to remind you that in the full game these techniques may vary based on weapons or other factors. In the various videos shown by Capcom they are present several unusable attacks in the demo, so it is likely that you can change them in some way. 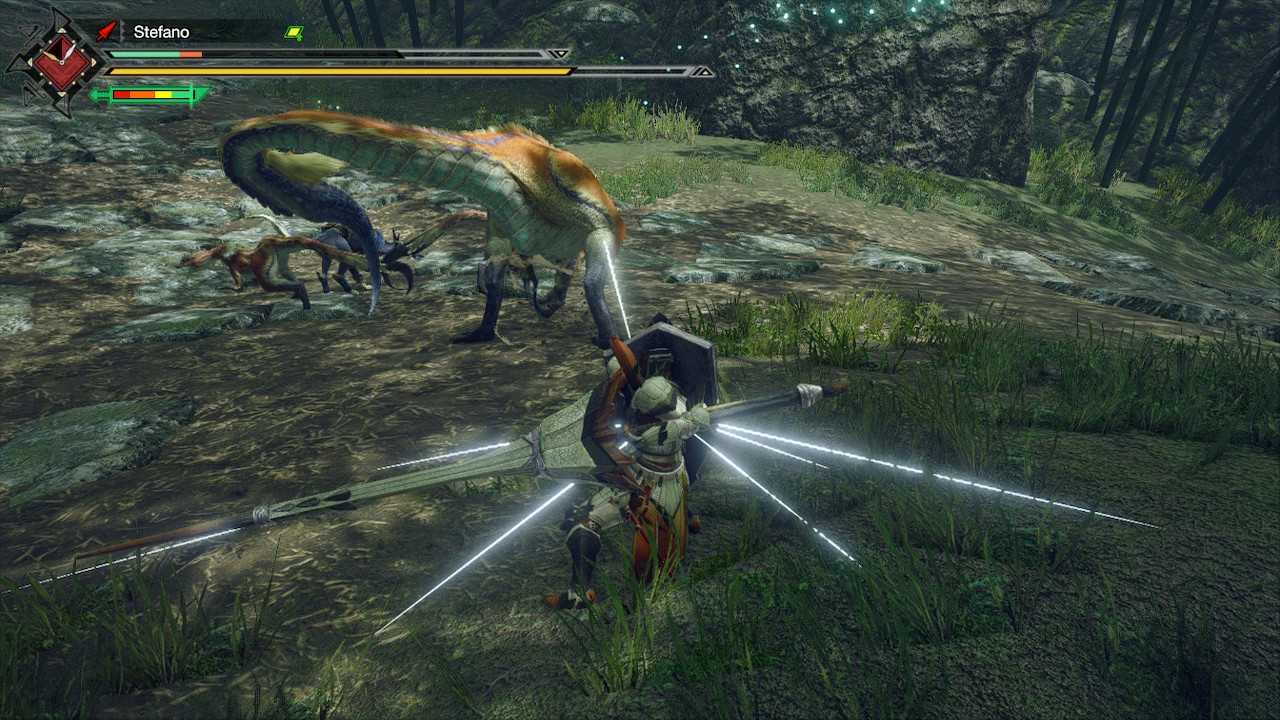 This concludes the episode of our Monster Hunter Rise weapons guide dedicated to the spear. Now you just have to wait for the full game to be released have fun nonchalantly blocking even the most powerful attacks.

In case you want to know more about the game, we invite you to read ours preview. Furthermore, if this guide dedicated to the spear was useful to you, we suggest you check out the other articles on Monster Hunter Rise weapons here on the site as well: