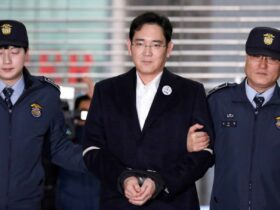 Samsung: the company’s heir was convicted of corruption

Gone are the days when football was only broadcast on public radio or free-to-air TV and people gathered in the homes of the lucky owners of a decoder and a satellite dish.

In the last thirty years, sportsmen have seen the birth of pay TV, annual subscriptions and packages dedicated to championships and cups. Then it was DAZN’s turn, a hybrid platform halfway between streaming and television that has achieved good public success but has never really made it through in our country. But the revolution is not over yet. Very soon international giants such as Amazon e Netflix. And it is already time to ask ourselves how the methods of use will change and what the implications will be at an economic and social level.

Amazon and Netflix in football: interest in Serie A

Until 2021, sportsmen will be able to follow the deeds of their favorite clubs again on Sky and DAZN. From 2022 to 2024, however, everything could change. To confirm this, the CEO of the Lega Calcio Luigi De Siervo thought about it in a recent interview, who also opened up to a possible future of Serie A on Amazon and Netflix, streaming platforms that have declared themselves very interested in acquiring the rights of our championship. national. “We are attracting the interest of large international platforms, such as Amazon and Netflix – continued the CEO satisfied – we hope that football will return to the center of the confrontation between technologies and platforms”.

It could be a real turning point, both in the methods of transmission and in those of enjoyment of the sport most loved by Italians. Football must increasingly be sent towards mobility and multi-platform. The end of the exclusive hegemony of television, therefore, and opening to PCs, notebooks, tablets and smartphones to have games always at hand and in every place.

Together with the method of playing the games, the habits of bettors could also change. Today live bets are one of the most direct forms of interaction between fans and football but they could “undergo” a further acceleration towards real time, perhaps allowing you to make bets minute by minute with a simple click.

Even technicians and statisticians could find their match with streaming platforms. Think for example of the possibility of opening interactive menus during the races with the data of the teams and of each individual player or of the opportunity to follow a single department with dedicated cameras.

So far we are only talking about hypotheses but in the meantime the streaming giants have already begun to take their first steps in the world of continental football. Amazon in recent seasons it has acquired a large part of the TV rights of the German championship (and in Germany it also holds the exclusive rights for the Champions League) and of the boxing day of the Premier League (a tournament of which it is also one of the partners and of which it broadcasts twenty games per year) and has recently closed for the purchase of an important slice of the Champions League matches. Cost of the operation for one of the four packages available close to 80 million euros.

To broadcast the races in the three-year period 2021/2024 will be Amazon Prime Video, a service launched in Italy and in other 200 countries in 2016 with the aim of countering Netflix’s hegemony. For now, only the sixteen best matches on Wednesday plus the Super Cup will be visible in streaming and the cost will be that of the current subscription, equal to 36 euros per year or 3.99 euros per month. But the package is destined to be enriched by 2025. There are two stated objectives for the company of Jeff Bezos, currently the richest man in the world with his $ 200 billion of personal capital: to enter a market with enormous potential like that of European sport and to win new subscribers also for the other services which at the moment already boast the beauty of 150 million users.

The same company policy of other competing platforms such as Netflix which have carefully followed the negotiations for the rights of the Champions League and are preparing to return with their offers to the negotiating tables of the next national and international competitions.

All other matches of the most important European club event they will remain on Sky and Mediaset. The official press release is still missing but the breakdown of all the matches seems to be decided: at Amazon the Wednesday matches the European Super Cup, at Mediaset the sixteen matches on Tuesday and the rights for the final and at Sky the remaining 104 matches of the competition. In essence, compared to 2020 there should not be major upheavals for Italian fans who will have the opportunity to follow almost all the matches on pay TV and some in the clear on Canale 5.

But the most important fact of the matter is that the arrival of Amazon in football also opens up interesting scenarios in the battle for TV rights in Italy, which has always been a complex, thorny and much debated topic. It is useless to deny that an important economic investment could only be positive for a football in constant loss like the tricolor one and that the arrival of foreign capital can guarantee a brighter future for the entire system, including clubs.

The unknown, however, is in the possible responses of the Italian public, on average of high age and very attached to traditional methods of use. Some enthusiasts had already encountered the first difficulties with the arrival of DAZN. And after becoming familiar with the new technology there is a risk that they will be forced to change the platform and habits again.

A risk that, however, does not seem too high. At the moment the numbers of Amazon prime in our country they are constantly growing, as is the confidence with the new transmission tools and streaming platforms, chosen by the vast majority of online users. Last year, a sector research quantified our fellow citizens at 8 million with at least one active subscription to a service. A number that probably (even if official data are missing) in 2020 has already broken through the quota of 10 million and which denotes a growing literacy in the middle of the national population.