We are getting closer and closer to the end of 2021, and in the last months of this year a series of games that are highly anticipated by all gaming fans should arrive on the shelves. Regardless of your console of reference, the next few months could hold you some big surprises, then let’s take a look at all the most anticipated video games that are yet to come out in 2021.

The most anticipated video games of 2021

Let’s start our list from Halo Infinite, the next chapter of the famous shooter that should arrive next December. Halo Infinite suffered a long series of delays during development but it seems that Microsoft is finally ready to bring the new adventure to players. Master Chief guaranteeing the high quality that has always characterized this series.

The game has repeatedly shown his multiplayer sector, which will be free to play, but there is no definite news on the campaign yet. The developers have stated that the map will have a more open structure, but it is unclear whether it will be an open world or just a large sand box. We will surely find out when Halo Infinite is released in December on Xbox Series X|S e Xbox One.

Another of the games that will arrive before next year and which is one of the most anticipated by lovers of the genre is Battlefield 2042, the new chapter this time set in the future. It is a first person shooter video game developed by DICE for platforms PlayStation 5, PlayStation 4, Xbox Series X/S, Xbox One e PC coming next October 2nd.

The game will have a dynamic weather system, which will have direct effects on the battlefield, which could turn both in our favor and become a determining factor in our defeat. In addition, EA has confirmed that the multiplayer sessions will contain the beauty of ben 128 players at the same time.

This time we are talking about a much more imminent release, namely that of Deathloop, currently scheduled for September 14 due to a delay in development. This very special action-adventure game developed by Arkane Studios and published by Bethesda Softworks puts players in the shoes of Colt, an assassin stuck in a time loop.

Colt is the only one who remembers what happens every time time goes back, so it’s up to him to find a way out, while killing his eight targets at the same time. The title will be released on PC and in an exclusive timeline on PlayStation 5.

Another exit quite close and noteworthy is that of Kena: Bridge of Spirits, an adventure game from Ember Lab scheduled to arrive this one 21 September for PC, PlayStation 4 and PlayStation 5. In this title we will step into the shoes of Kena, a young spirit guide traveling to an abandoned village in search of the sacred mountain sanctuary.

In Kena we will be able to grow a team of little spirits known as Rot, holders of natural balance, and enhance the abilities of our companions Here is what we read on the official website: “create new ways to manipulate the environment and discover the secrets of a forgotten community, hidden in a lush forest where spirits are trapped restless “.

The autumn months will also mark the return of the now historic saga of Far Cry with the sixth chapter, the October 7 its Amazon Luna, PlayStation 5, PlayStation 4, Xbox Series X/S, Xbox One, Google Stadia e PC. The game is on the fictional Caribbean island of Yara, a tropical paradise frozen in time ruled by “El Presidente” Antón Castillo (Giancarlo Esposito).

In addition to the role of dictator, Antón also differentiates himself by covering the role of father, educating his son Diego Castillo. Instead, the player assumes control of a guerrilla named Dani Rojas, who fights for freedom and to restore Yara to its former glory.

Of course, this list of the most anticipated video games of 2021 cannot be missing FIFA 22, the beloved football simulator that should arrive October 1st on PlayStation 5, PlayStation 4, Xbox Series X e Series S, Xbox One, PC, Google Stadia e Nintendo Switch. The title was presented last June during the EA Play and is the twenty-ninth installment of the series.

In terms of gameplay, the most important news is technology HyperMotion available for Playstation 5, Xbox Series X / S and Google Stadia consoles. A system that allows, through artificial intelligence and machine learning, to obtain more realistic animations of individual players but also of the movements on the playing field of the whole team.

Another game that is very close to the official release is Lost in Random, an action-adventure video game developed by Zoink and published by Electronic Arts and coming soon September 10 on Nintendo Switch, Microsoft Windows, PlayStation 5, Xbox Series X/S, Xbox One e PlayStation 4.

Lost in Random is a fairy tale with dark tones, which strongly refers to the typical Tim Burton aesthetics and a distinctly gothic atmosphere. The game aims to propose an adventure able to blend humor and darker tones, against the backdrop of a reflection linked to the theme of free will. 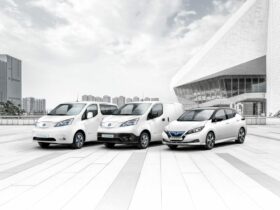 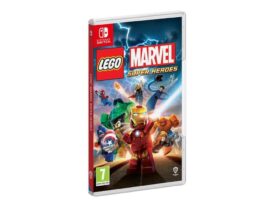 Life is Strange: True Colors, what you need to know before playing