From today, for gamers of all ages, TIM brings the Xbox Series X | S consoles from Microsoft in promotion to its catalog.

After introducing TIMGAMES, the service to play in streaming ad over 200 games from TIMVISION Box, smartphone and tablet Android, TIM renews its offers for gamers. And it does so by introducing promotions on valid Microsoft digital consoles immediately and until November 29th on the official website. Fun for the whole family and therefore even richer thanks to the offers on Xbox Series X|S.

With Xbox Series X | S Disk Free you can create a custom collection of digital titles, your favorite games, saves and backups stay safe in the cloud. Upcoming titles can be pre-ordered and pre-installed and played upon launch, with the performance and functionality of the next generation of consoles. In short, TIM also enters the gaming world to all intents and purposes. Thanks to the company it is possible to live a gaming experience enhanced by streaming thanks to its latest generation fast networks. 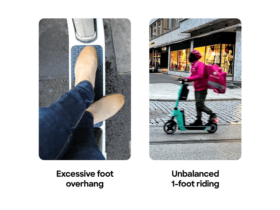 The Pathless: here is the release date on Steam!

PlayStation Showcase: the September event has a date!

Call of Duty: with Ricochet cheaters will be banned from the entire series