Through a post on the official Twitter profile, Creative Assembly announced that it has postponed the release window of Total War: Warhammer 3, to have more time to further improve the title

The Warhammer franchise is unquestionably one of the strongest and most popular in the gaming industry. We have already told you about two titles in the series, Warhammer: Chaosbane and Warhammer 40K: Mechanicus, but the third chapter of Total War: Warhammer is currently in development at Creative Assembly. Announced at the beginning of the year and shown with a short teaser, Total War: Warhammer 3 was expected by fans by the end of 2021. However, considering that the year is coming to an end and neither Creative Assembly nor SEGA who acts as a publisher have biased in defining a certain release date, the postponement was practically around the corner.

And so indeed it was, with the developers having released a Tweet on Total War official channels announcing the official postponement of the third chapter. A postponement not so hard to swallow, both because, as we said, it was quite predictable, and because the new exit window should refer to the first months of 2022. The additional time, according to what is admitted in the message published on Twitter, would be useful for developers to improve the game even more than the state it would be in if they were to meet this year’s deadline. We leave you the Tweet below.

We know this is disappointing, but the extra time means we can accomplish more than we could if we rushed to release this year.

We won’t be staying quiet however, join us tomorrow for the global reveal of Grand Cathay… pic.twitter.com/R4GdObAs9P

Total War: Warhammer 3 has been postponed, here’s the message from the developers!

The message from the developers reads:

You won’t have to wait that long, and we will reveal a lot of new information in the months to come. The new date will give us more confidence in ensuring a stronger launch and the best first step into the new era of Total War: Warhammer. We don’t want to see this release as the end of our trilogy, but as the beginning of years of content and support as we continue to translate Game Workshop’s impressive fantasy universe into Total War.

In short, Total War: Warhammer 3 was also postponed, even if we must say that in the end we expected it. And it is always better to wait a few more months and have a finished product at its best, rather than rushing the release with an incomplete one. What do you think of it? Write it to us below in the comments, we will continue to keep you updated with all the news, guides and reviews on videogame and tech! And if you are interested in game keys at affordable prices, we recommend that you take a look at the InstantGaming catalog! 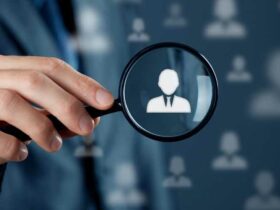