And VR journey through the history of Triennale Milano, which turns 100 next year. The virtual experience 1923: Past Futures, that we tried by putting a VR viewer on our head this morning, it allows us to immerse ourselves in some moments of the history of the institution. Interacting live: opening old virtual archivesthrowing water canisters of paint together with the Protestants of ’68 and knowing the thought of the great artists and curators of the past and present.

Triennale Milano in VR, the virtual experience 1923: Past Futures

Milan Triennale presents 1923: Past Futures with VIVE Arts. They worked on the project Matteo Lonardi as a director, together with the Milanese production house Reframe Productions. The creatives behind this work told us that the project was born in view of the centenary of the Triennale, with the aim of reconstructing the institution’s past. And it’s part of the 23esima Esposizione Internazionale “Unknown Unknowns. An Introduction to Mysteries””.

The initial idea was to recreate all the past editions of the exhibitions, but with a careful selection work and a lot of research in the historical archives of the Triennale, only a few key moments have arrived in VR. A way to revive the ideas behind the projects while watching their execution in VR, with one narrative that stitches the stitches in an interesting way and never pedantic. With the viewer on our face, we got lost in the words and vision of curators and artists, from Munzio to Fontana. A truly unique journey.

The immersive experience lasts less than a quarter of an hour and you can try it from today 20 September until 11 December 2022, in a dedicated space next to that of international holdings. A work in six chapters with which you will interact directly.

Dal September 22 in addition, the experience will also be accessible on the VIVEPORT platform. While on September 26 you can experience the public event dedicated to the project, which also tells the story of its genesis.

A journey through past exhibitions, in virtual reality

Once the viewer was placed on the head, we found ourselves in front of a drawn version of the Triennale building. Particular “particles” fell from the sky: the words taken from cartouches of the architect Munzio. And that’s how we get back to 1933going to visit theImpact which he built at the first Triennale made in the current location. 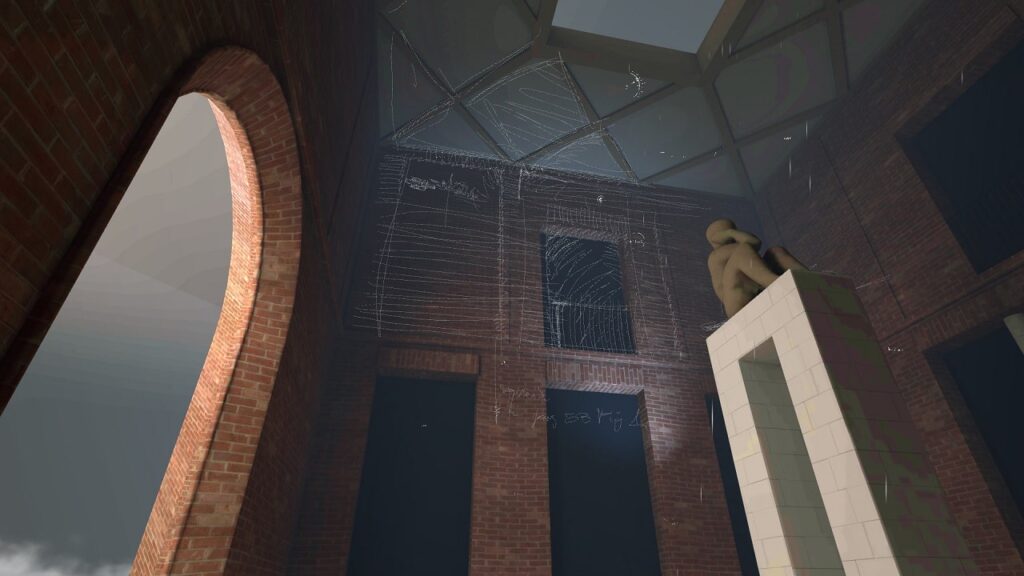 From here we first saw the original location of the star of Mario Sironi, as we explored the ideas of the artists and the opinions of the curators. But the Impluvium acts as a real time machineallowing you to pass from one historical period to another.

Interacting with the controller we had in hand we switched to Room of Changand the last exhibition, Broken Nature (2019), which shows how the world is constantly changing, helped by the curator’s words Paola Antonelli and from the studio It is accurate. 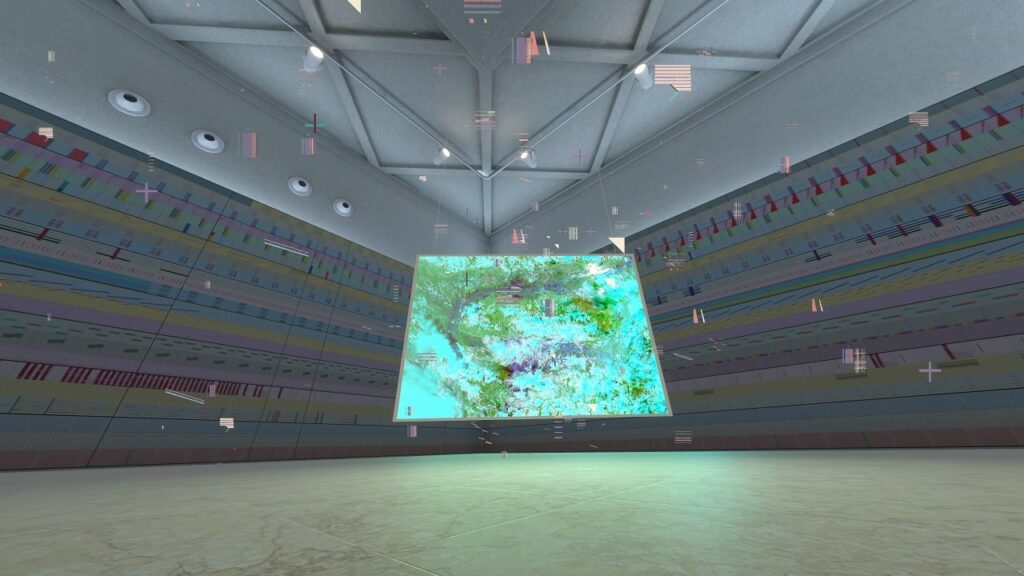 Entering the Triennale archiveswe were able to interact with the environment until the installation was revealed Zenobia from Giuliano Mauriwhich weaves four thousand chestnut branches for The Invisible Cities of 2003. And then we opened the drawer that shows Kaleidoscope from Vittorio Gregorettifor the exhibition Free Time of 1964. In the last drawer we found the bull that took us to the atrium of the Palazzo dell’Arte in 1951, listening Lucio Fontana that explains us Neon structure.

The history of Triennale Milano in VR

But in addition to telling the past exhibitions, the journey in VR also tells the relationship of Triennale Milano with the history of the twentieth century. Let’s see the images of the three editions that took place during the Fascist period, let’s explore the reconstruction of bombing suffered from the building suffered during the war. 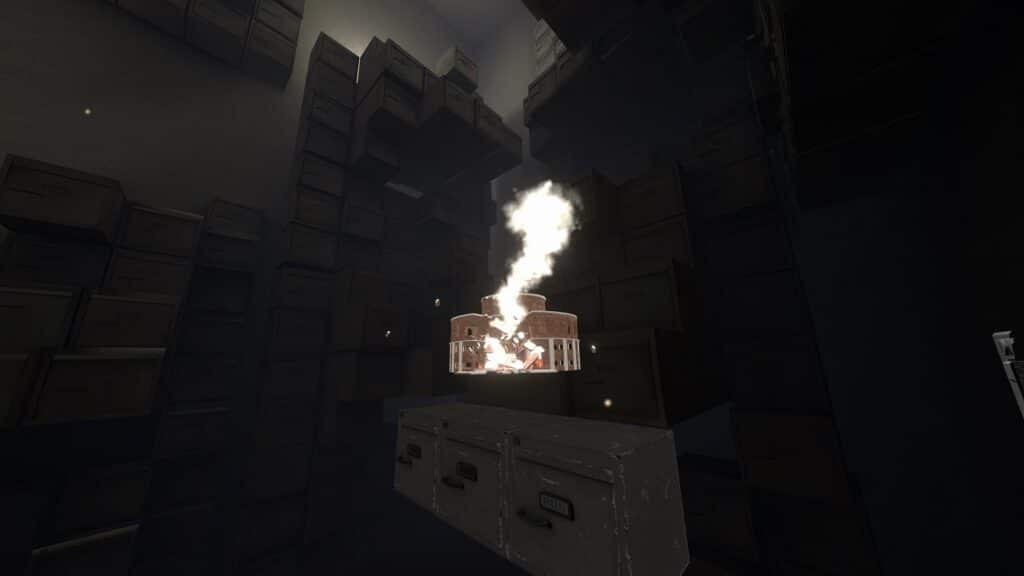 In 1923: Past Futures, we are not just spectators: we participate in the history of the institution. So when we are in front of the Palazzo dell’Arte in 1968, with the structure occupied for protest, we can throw paint bubbles on the facade by protesting to others. 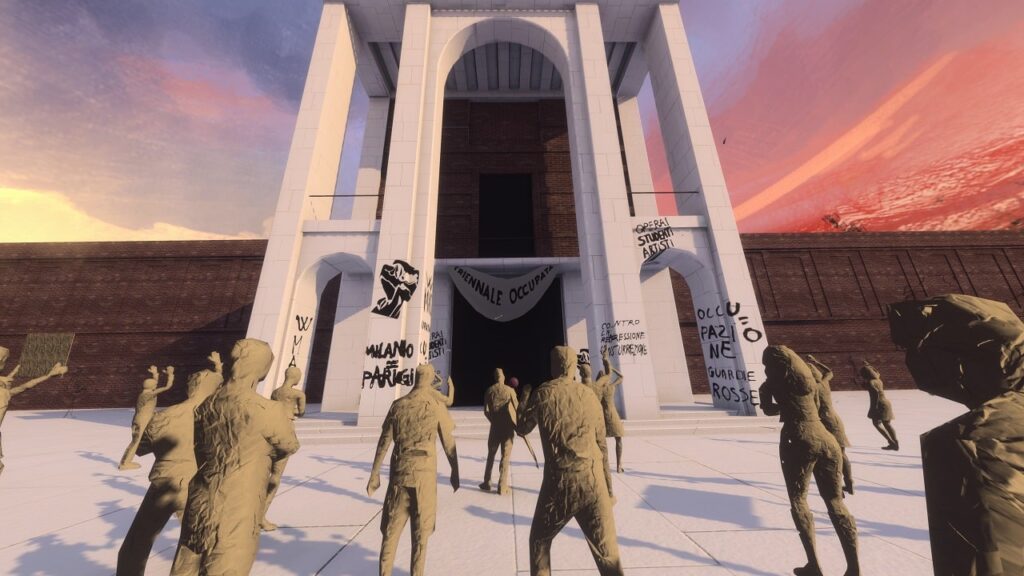 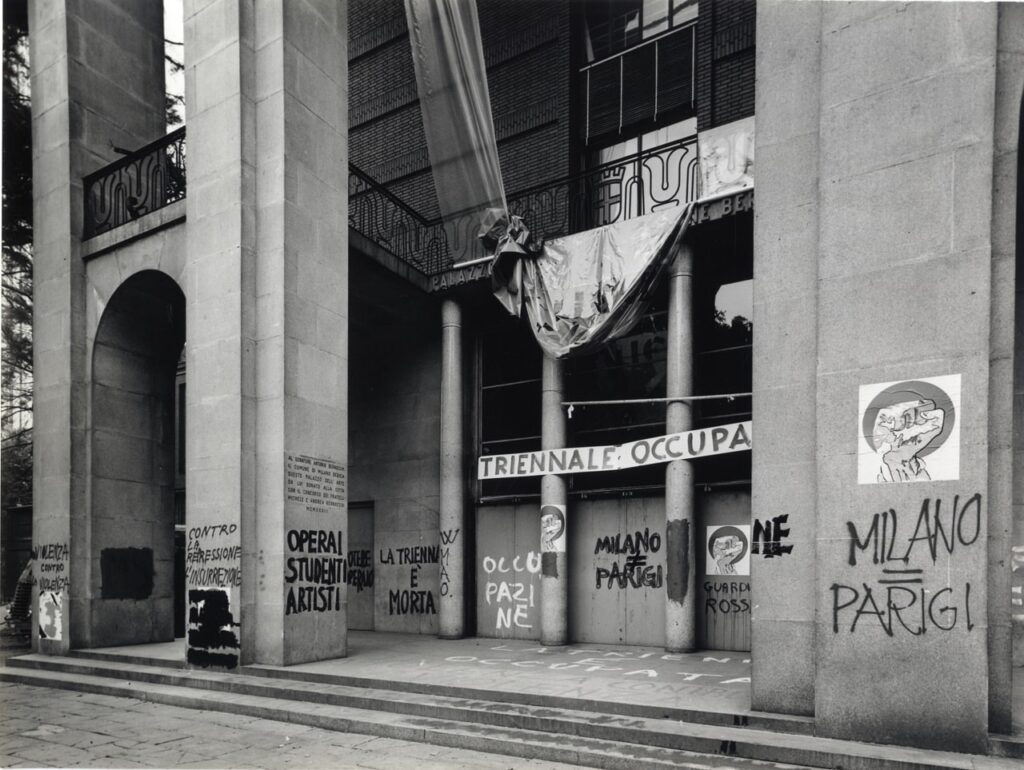 The occupation of the Triennale

And the last step, after having zigzagged through the history of this place and this artistic institution, brings us back to 2022. The voice of Stefano BoeriPresident of Triennale Milano, of astrophysics Ersilia Vaudo e you Joseph Grimafounder of the Space Caviar studio, put the themes of Unknown Uknowns. An Introduction to Mysteries.

A journey that it lasts thirteen minutes and one hundred years at the same timewhich literally makes us spin around on a stool and yet leads us to explore the minds of great artists. 1923: Past Futures knows how to use virtual reality to elevate past and present, uniting them in a single movement that makes us appreciate the ever-changing history of the Triennale. We advise you to go and wear the viewer as we did: you have until December to do it at the Palazzo dell’Arte.

Here you will find more information.