The viewers enter the school, and more precisely in an Italian high school (the Parini i Milano), for an interesting mixed reality experiment.

Technology is changing more and more rapidly, and it is pervading our lives in every sphere. In the near future the metaverse awaits us, a virtual dimension so enveloping as to break down the boundaries between real and virtual as we have considered them so far.

It is therefore inevitable that new technologies also make their entry into teaching. The idea is not to supplant some fundamental and irreplaceable activities. Not only the action of reading and studying but also that, for example, of carrying out research, arouse a series of complex stimuli indispensable for cognitive development.

Therefore, those who turn up their noses at the use of tools such as viewers in school classrooms should not be alarmed. An intelligent use of them even during lessons can have at least two positive implications.

Meanwhile, he approaches technology in a constructive way, countering the limiting (and dangerous) tech-game association, and shows all the deepest potential of augmented and virtual reality.

And then, it broadens the range of ways in which knowledge can be transmitted. In addition to (not instead of) the usual tools, the new devices can offer new and complementary stimuli.

But what actually happened in the experiment of the Parini high school in Milan?

The viewers enter the school, therefore, but in a mixed reality experiment that rests on the traditional study method, reinforcing it.

The students of Parini in Milan, in fact, started from a not exactly futuristic theme, the nation-states. Theme on which they prepared at home through paper texts. Then, here is the connection with technology: once in the classroom, thanks to the viewers they were able to find the concepts studied in a classic way in a virtual dimension. Concepts that, with the fingers, could be literally manipulated, and related to each other.

That is, the students created three-dimensional concept maps, creatively reworking what they had learned passively from textbooks.

Now there will be the verification in the classroom, virtual. In the form of a multiple choice quiz: students will have to touch (so to speak) the answer that they will deem right from time to time.

This mixed teaching test was carried out by Vodafone, Hoc-Lab (laboratory of the Department of Electronics, Information and Bioengineering of the Politecnico di Milano) and by the Milanese startup Fifthingenium.

The novelty of this advanced digital teaching system is that of having disconnected augmented and virtual reality from the mere visualization of objects to transfer it into the world of concepts.. In short, the viewers at school allow you to see ideas, and above all to interact with them.

Corriere della Sera colleagues report the set of viewers used for the experimentation, complete with costs.

The teacher wore HoloLens2, a Microsoft viewer which today costs around 3,900 euros. The students, on the other hand, were given the Nreal, costing 499 euros, which easily connect to smartphones.

Perhaps we consider it idle to think about the cost of such teaching tools. If viewers at school will be the norm in the future, it is to be hoped that their cost will be lowered, or that in any case agreements will be drawn up between producers and schools (if not with the Ministry of Education). And if, as it seems, the benefits of mixed teaching are tangible, the hope is that a part of the school budget can be peacefully allocated to viewers, seen not as an unnecessary expense but as a necessary investment.

The opinion of the experts

On the usefulness of the viewers at school we are comforted by the experts, according to which the advantages of their use are various.

Meanwhile, the use of viewers creates widespread and continuous attention in all students (which, we will all remember, is not always easy to obtain).

In addition, augmented reality and virtual reality help memorize concepts. This is because the three-dimensionality and the “real” manipulation force us to focus. In addition, because the virtual world finally breaks the relationship of passivity that too often one has towards textbooks, seen as totems to be suffered without being able in any way to enter into a relationship with them. Then, of course, there is the possibility of cooperation between students who are also miles away.

Of course, before expecting a future in which viewers are permanently part of the tool kit of every school, there is still a lot to work on bridging the digital divide.

But in the meantime, a first small step has been taken. 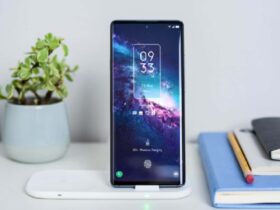 TCL, here are the proposals for returning to school and work 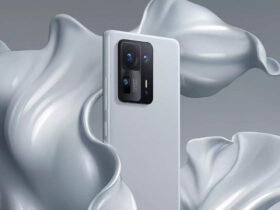 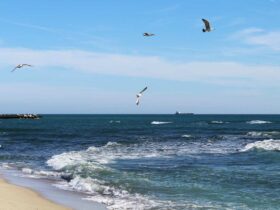