Acer enhances its Predator Orion 7000 gaming desktop, with the new thirteenth generation Intel Core processors, let’s find out everything in this article

Acertoday announces support for the new processors Intel Core of thirteenth generation in the desktops of the series Predator Orion 7000, thus increasing the performance of the devices and improving the gameplay on PC. Designed for hardcore gamers, this desktop offers the ultimate in performance and multi-tasking with computing power at levels never seen before.

With the new 13th Generation Intel Core desktop processors, Predator Orion 7000 delivers extraordinary performance even with the most demanding computer games. With Predator Orion 7000 we continue to deliver the best gaming experiences beyond all expectations, and we are thrilled to be among the first to bring the new CPUs to market.

With top-notch computing power, immersive graphics, efficient cooling, and advanced connectivity, Predator Orion 7000 delivers gameplay fast and smoothengaging visuals and the ability to play for hours while maintaining the highest level of performance: all with a touch of theatricality offered by the multicolored design of the shell. Predator Orion 7000, continues to deliver high performance to support the latest video games; It also offers unlimited access to hundreds of high-quality gaming titles with a one-month subscription to Xbox Game Pass Ultimate included in the product. The upgradeable PCs work in the environment Windows 11 and, have been enhanced with desktop processors up to Intel Core i9-13900K.

The hybrid architecture of the thirteenth generation Intel Core processors allows gamers and content creators to carry out multiple operations at the same time thanks to the advanced computing capacity, suitable for real-life situations, and ultra-efficient multi-tasking capabilities. An enhanced performance core helps maximize the gaming and entertainment experience, productivity and content creation tasks while delivering immersive graphics and improved connectivity

It also offers GPUs up to NVIDIA GeForce RTX 3090 series and, up to 64GB DDR5-4000 RAM, for a better performance of the visual elements. The shell conforms to specifications EMI, features a clear tempered glass side panel that showcases the multi-colored setting of the dual-fan case Predator FrostBlade 2.0 anterior from 140 mm and the Predator FrostBlade 2.0 rear fan from 120 mm which light up eight LED ARGB.

Gamers can also adjust ARGB lighting, fan speed, and overclocking through software PredatorSense integrated. In addition to the eye-catching aesthetics, Predator Orion 7000 features advanced thermal management and airflow to effectively cool system components, including the addition of a liquid cooling system AIO which complements the work of the three fans. What do you think of this Acer enhancement to its gaming desktop, with the new thirteenth generation Intel Core processors? Let us know below in the comments. Don’t forget to follow us on our Instagram page, on all our other social networks and to stay connected on TechGameWorld.com. 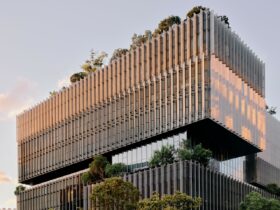 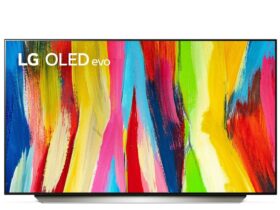