In this review, we’re going to look at Age of Empires IV, the new title in the most famous RTS saga ever. Let’s find out together

It was back in 2005 when it was launched on the market Age of Empires III: Age of Discovery, the latest chapter in the videogame saga that had captured millions of players. It was therefore 16 years before the release of this new title, although in the meantime there was one reissue in HD of the most famous Age of Empires II: The Age of Kings and the relative Definitive Edition of all three previous chapters.

Today finally Micorosft released AoE IV, following an announcement four years ago. But how did the title behave in our hands? So let’s start this one Age of Empires IV review and let’s relive this historical arc together with all its innovations. 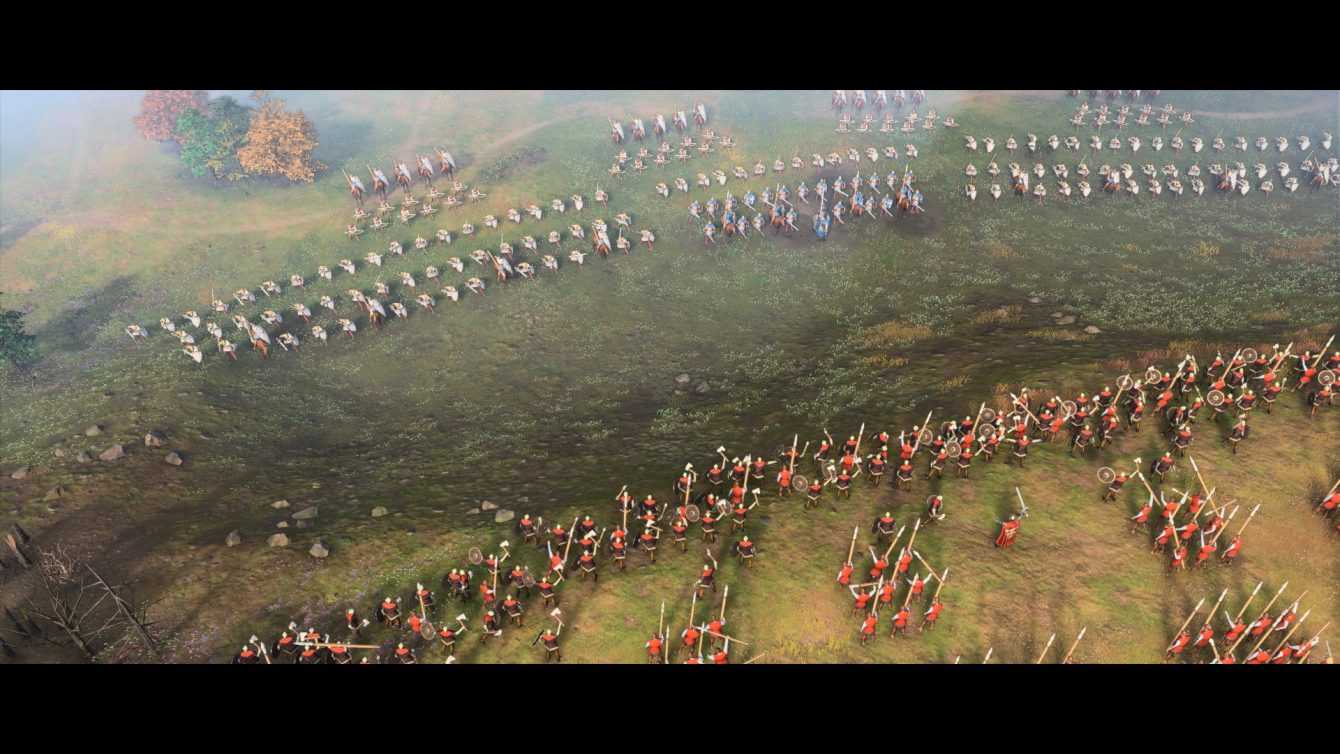 With the predecessors of this chapter we had lived all the time span that went from the stone age to the industrial revolution. It would therefore have been very easy to assume that we will have experienced an adventure in a later time frame, but the developers have decided to take a step back, focusing again on the Middle Ages. We do not know if their idea was to make us relive the emotions that characterized Age of Empires II: The Age of Kings, however they succeeded in their intent, creating an almost perfect title.

Therefore, although some events have already been seen, such as the siege of Orleans, here we live one representation more faithful to historical facts, letting us immerse ourselves entirely in what is the historical arc narrated. As if that were not enough, in addition to the maniacal care employed by the developers in making every event as faithful as possible, at the end of almost all levels we will be able to see some small videos that are real pills of history.

The Age of Empires saga has always been not just a video game, but above all a teacher. I first of all acquired a lot of knowledge from previous chapters that saw real encyclopedias with important notions on the civilizations of the time and beyond. The developers took up this fundamental aspect and introduced small videos that explain what life was like on the battlefield, how the bows, crossbows, bombards and so on were built. So the player can further immerse themselves in the atmosphere of the title. 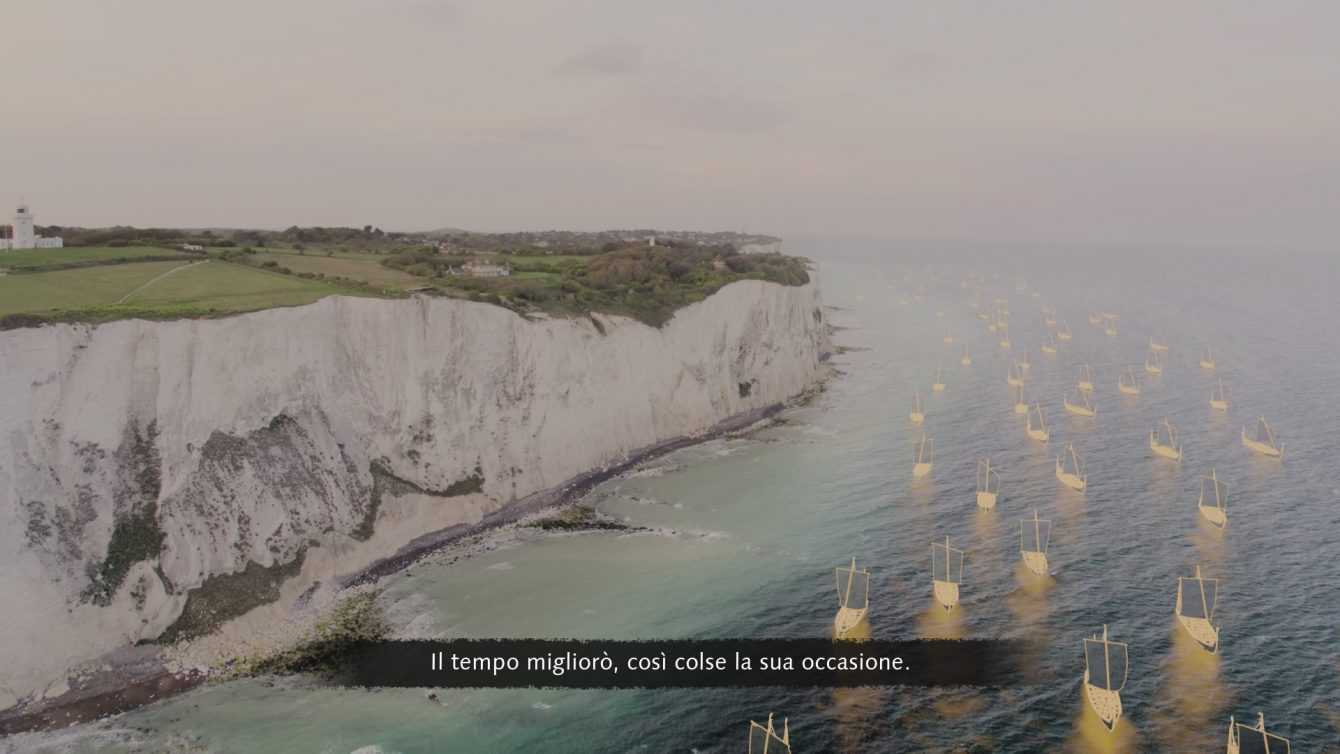 If we consider the single player campaign, we can see how the game has evolved in every respect, not only from its predecessors, but also with respect to the various re-editions. First of all, and perhaps also one of the most important, is the narration. I still remember how beautiful those “diaries” were that told the adventures of William Wallace or Saladin, even if they were a little rough and we often wondered if what we read had really happened or not.

Now it is given an almost documentary aspect to the narration. Completely current images, which portray the various places that have “lived history”, combined with a holographic reconstruction of the various soldiers fighting or marching towards their destiny, are probably the best representation the developers could create. In all four historical arches – The Normans, the Hundred Years War, the Mongol Empire and the Rise of Moscow – we will then relive the main events, not only through the various games, but also through the videos.

The narrative also seems much more mature. It will be present not only in the opening and closing videos of the game, but also during the same, explaining exactly what happens during the game. This aspect made us notice a certain similarity with The Lord of the Rings: The Battle for Middle-earth, in which there was precisely this narrative that managed to give a sense of continuity to the various events. 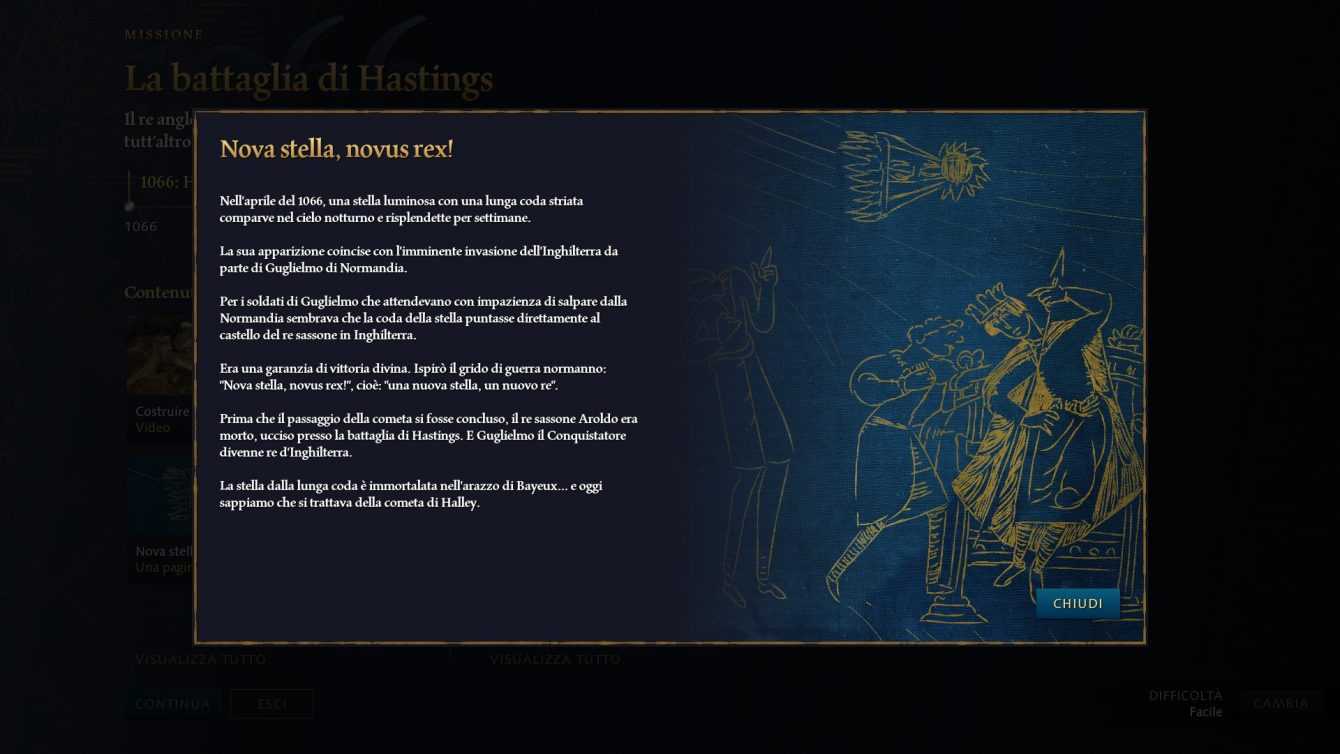 One of the sore points that characterized the previous chapters of AoE was certainly a gameplay quite the same in many respects. Let’s face it, the various civilizations differed only in some visual aspects, such as the design of the various structures, or for unique technologies that could be developed. The rest of the gameplay was pretty much the same in some ways and, although there were several units, their diversification was not really that important.

Just think of the fact that an army of knights could easily devastate one made up of pikemen. Fortunately, this is not the case in Age of Empires IV. Here, in fact, not only will you suffer bonuses and penalties depending on the various units you face, but also the companies themselves will be really different from each other. Select the British or the Mongols, eg, it will involve a different approach to gameplay.

One of the main differences between the two companies examined is the production of food. In fact, the British will exploit the well-known farms, while the Mongols will be forced to build pastures that will produce sheep that can be used as a food source over time. This of course is just an example, but the differences between societies are really many and now we are going to analyze them, at least in broad terms, in this review of Age of Empires IV. 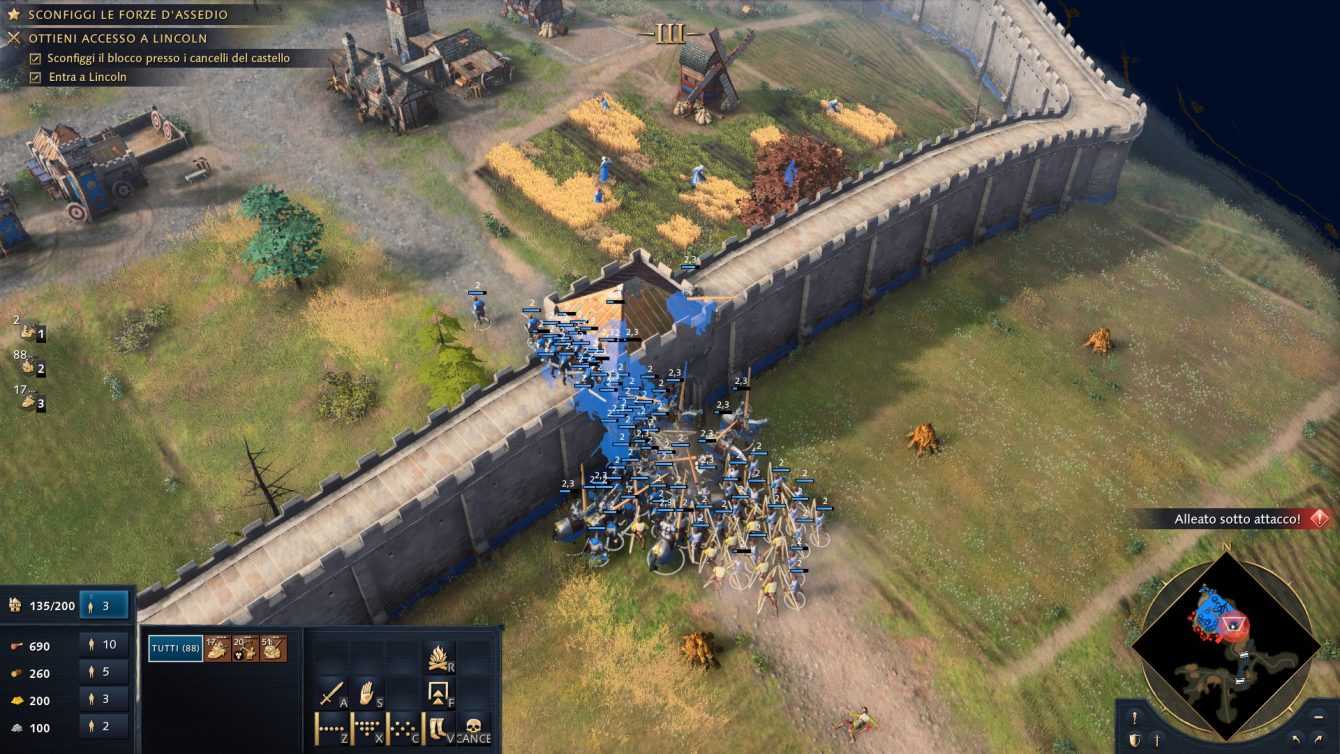 Another very important difference, which characterizes not only the structures but also the units, derives from the unique abilities that both buildings and units themselves can have. Let us again take the Mongols and the British as an example. The first of the two companies mentioned will in fact be able to move your camp on occasion. In fact, all the structures will be demountable and can be relocated on the map according to our needs.

This then allows us to have a mobile camp to be relocated near resources or in a better strategic point. Conversely, those of other civilizations will be fixed and cannot be moved around the map. Considering instead the army, the English archers, in addition to having a greater attack range, will be equipped with Set Up Camp and Place Palisades skills.

The first will allow you to set up a camp to feed the archers, while the second will allow you to build palisades to curb the charge of the knights. Heroes are also gifted with unique abilities which will allow you to heal, increase armor or attack speed. A clash will therefore not only be decided by the number of fighters, but also by their nature and their skills.

The buildings themselves will also be equipped with unique abilities. These can only be activated on buildings that are built in that range of influence. Taking the British as an example, mills are capable of increasing the efficiency of farms built within the area of ​​influence of this structure. Conversely, the city center of the Holy Roman Empire will allow you to activate the ability Emergency repairs which will restore the health of the selected facility over time. 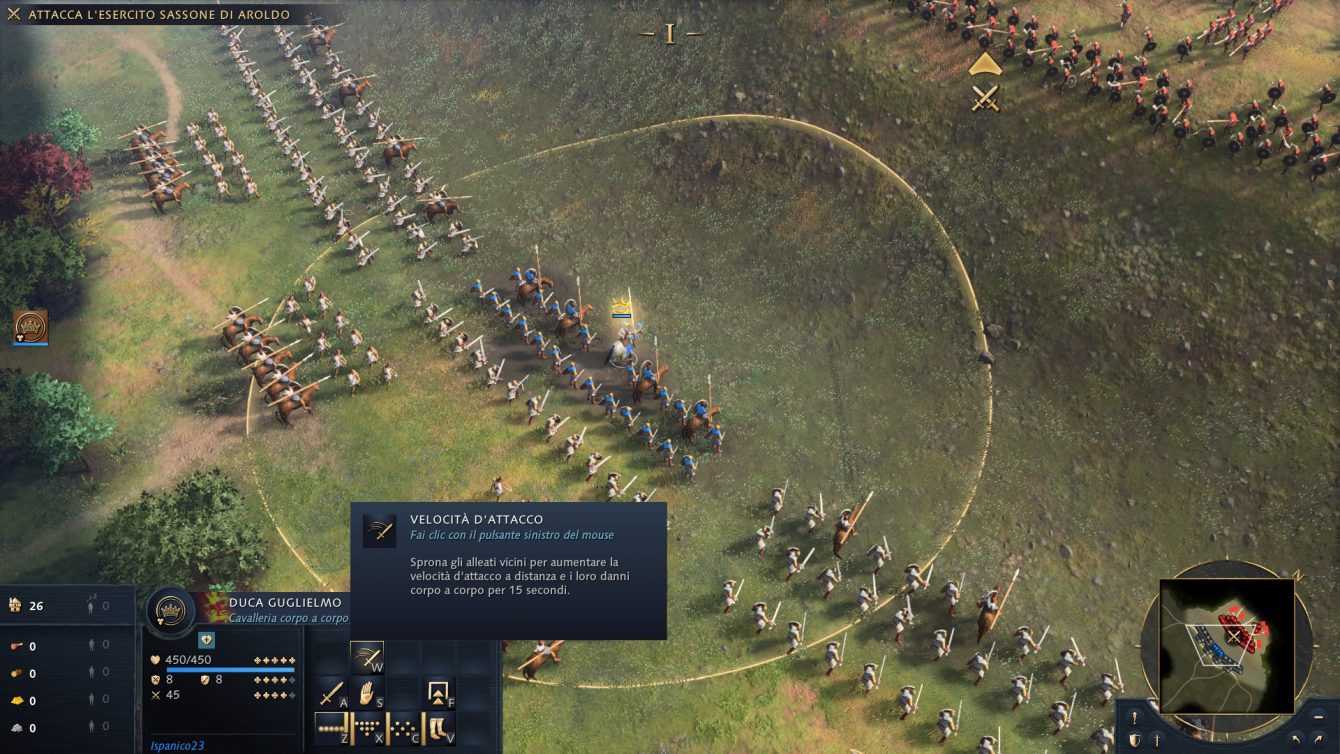 One of the novelties in terms of war tactics certainly concerns the ambush. In fact, in the maps they will be present large areas characterized by tall grass which will serve precisely to be able to ambush our enemies. These areas, as well as the forests, they obstruct the sight of normal units. It will therefore be very important to be careful when passing through these regions of the map as they could hide dangerous encounters.

However, staying inside the weed can also be counterproductive because troops will have limited vision and they will not be able to see approaching enemies. To remedy this problem, it will be enough to have an explorer. These are indeed the only units that have a field of view that can control the roads while remaining hidden in the grass. On the other hand, the siege discourse is quite different. With some totally new walls, where even units can walk, besieging a city will not be a walk in the park.

The walls can also be upgraded by adding towers that not only will target the enemies, but will also be able to throw hot oil on the latter, but not only. Getting close will not be easy and we will need all possible siege weapons. From this point of view the skill of the infantry that can build rams and siege towers directly on the battlefield and no longer through the workshops in the city.

We will therefore be able to count on the help of these tools whenever we need them without waiting for the weapon to travel the whole map at its slow pace. This will be possible after developing the relevant technology at the blacksmith. This way you will go to improve the movement of armies which will therefore be much faster than before. 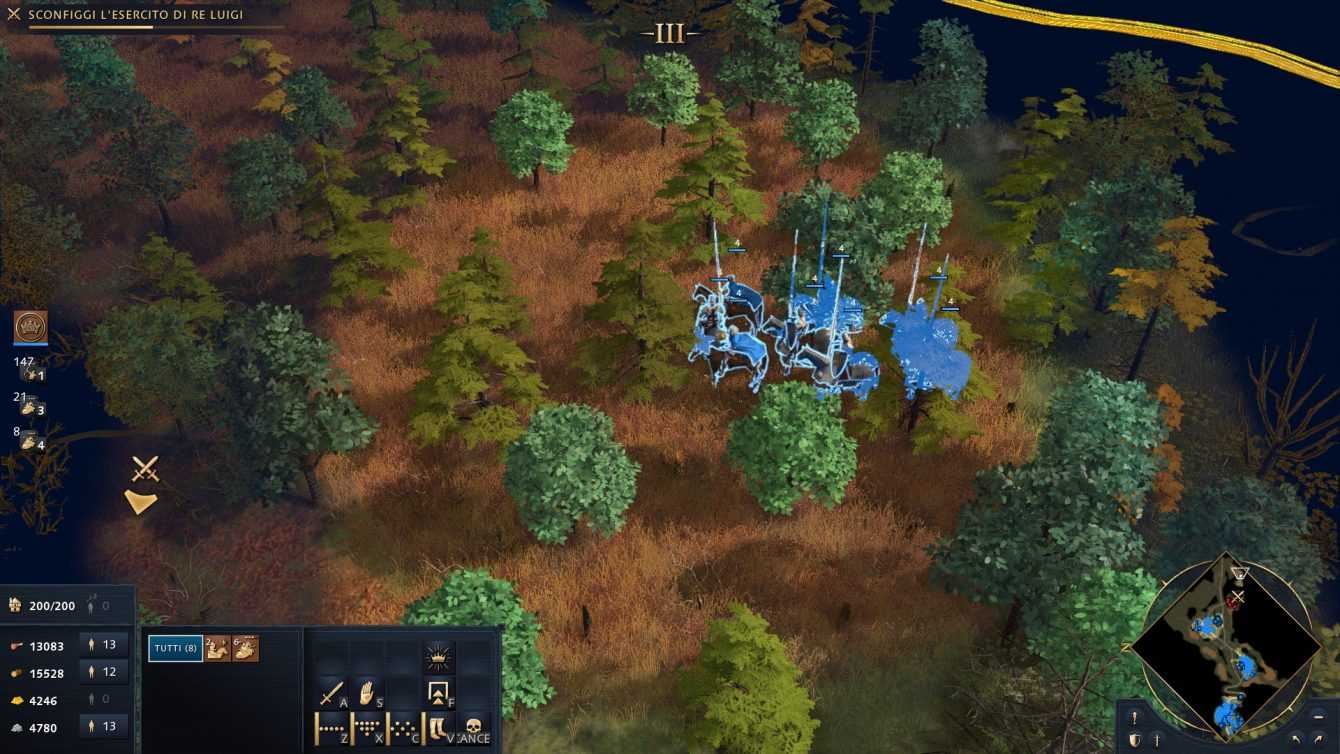 Another novelty introduced concerns the advancement of the era. Just like in AoE II, here we will find ourselves advancing between four very different eras: Early Middle Ages, Feudal Age, Age of Castles and Imperial Age. However, although earlier it was enough to activate the related technology from the city center after having built two buildings of the time we were in, now the change of age will take place in a different way.

In fact, to advance you will only have to reach the amount of resources required and build one of the two designated historic sites for the change of epoch. Each civilization will therefore have six historical sites, but only three can be built. Each of these will be indispensable in turn and the choice will depend purely on the type of approach you want to have based on the possibilities offered by each. There will be no better historical place than the other, although our style of play can affect us in choosing one over the other. 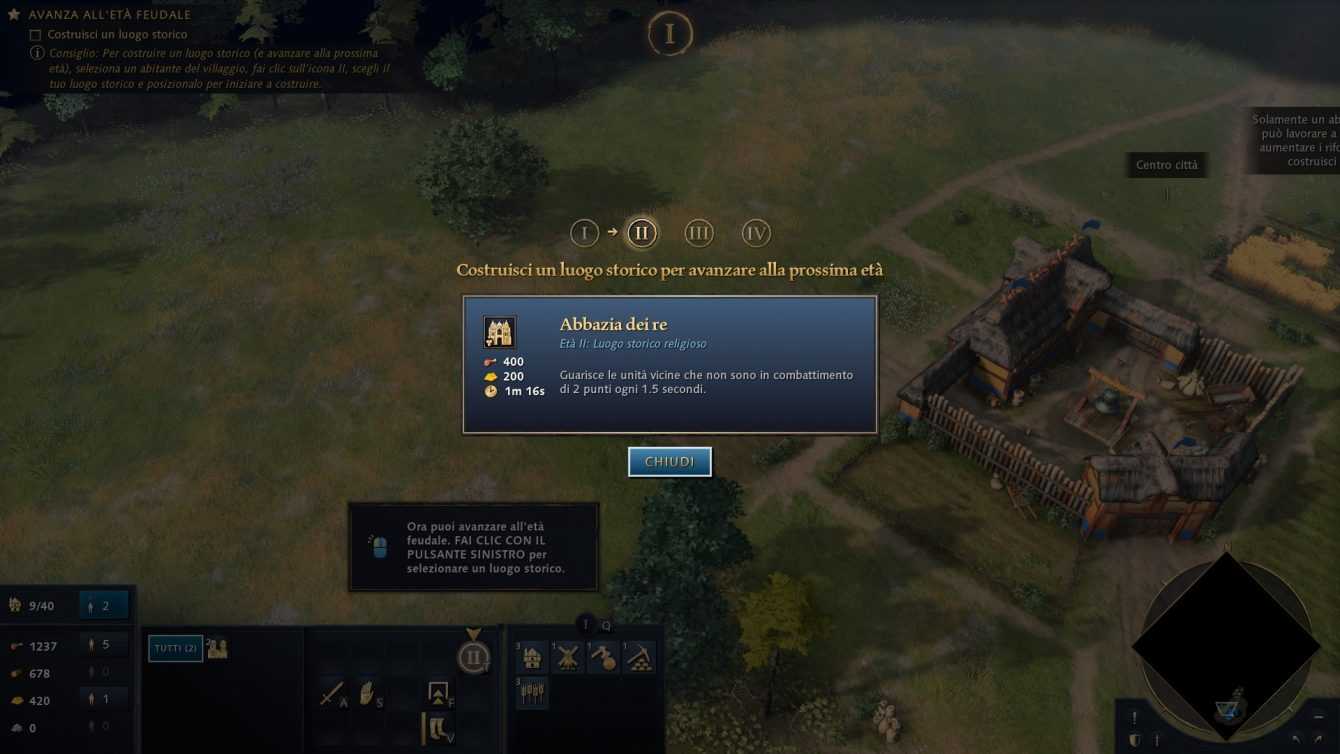 In Age of Empires IV, several new features and small improvements have been introduced that guarantee a more fun for everyone, even those less experienced. One of the most important and obvious concerns the user interface. This turns out to be in fact much clearer and optimized even compared to those of the Definitive Edition. A better distribution of the spaces, with the relative indications of resources and inhabitants employed in that role, will make us understand how efficient the extraction of gold or the collection of food is.

Furthermore, the subdivision of the structures according to the period with the relative letters to indicate each single building, will allow even less experienced users to quickly select the desired construction and place it faster on the map. In this way the player will save valuable time when constructing similar buildings, such as houses, which are useful for expanding the maximum population.