In this review we will analyze a pre-assembled mechanical keyboard, the Akko PC75B Plus v2

It’s been a while since Akko does not appear on our pages. This is a very famous Chinese brand in the field of mechanical keyboards because it manages to come up with very valid products at very low prices. It is no coincidence, in fact, that we particularly appreciated the 3068B model, of which you can find the review by clicking here.

In this review we will once again discuss a preassembled one. Let’s talk about the model PC75B Plus v2based on 75% form factor (82 tatsi), three connection modes and, in our case, a color “Limited Edition Cinnamoroll 20th Anniversary“: A collaboration based, precisely, on the characters created by Sanrio.

The box in which this keyboard is contained is really fantastic. The aesthetic of the cardboard recalls, precisely, the collaboration with Cinnamorol and there is the logo that verifies its authenticity. In addition to this, from the package we will be able to understand that it is a keyboard with “Hot Swap” technology and we will be able to get a taste of the switches installed which, in this case are “CS Crystal Blue” that we will analyze later.

Let’s now move on to the contents of the box. In addition to the keyboard (protected really well, with sponge and rigid plastic that preserves the keycaps) we will find above a box containing the accessories. Here will be the white USB-A to USB-C cablel’accessory to extract the switches and the key puller brendized, in addition to the dongle to connect wirelessly e 4 spare keys with graphics depicting sweets. Regarding the latter, in our opinion you could have included a few more buttons since it is a limited edition. Although this and the model tested previously are characterized by different form factors, they are part of the same family of pre-assembled and, being that this was produced later, we have noticed several improvements. First of all this is not the first version of the PC75B Plus model, but the “v2”. What does this term stand for?

Learning from your mistakes, Akko has improved the strength of the structure which previously tended to flex in transport, causing switches to fall. The motherboardfurthermore, it is not fixed with any screws to the structure and this provides a better feeling when it comes to writing in the upper rows of frets where before, there being a screw, both the sound and the experience were affected. Listening to the opinion of the public, the company has also reduced the height of the Knob which is now aesthetically more satisfying.

Generally speaking, the construction is very good. The shell is made entirely of plastic, however the weight of 978g speaks volumes. It is an opaque plastic that appears thick and strong. Regarding the general measurements, the keyboard is 31.5cm wide, 14.5cm deep and 2.2cm thick. Disassembling the body is really simple. In fact, it will be enough to pass the classic pick-shaped tool in the slot that joins the upper part to the bottom. Observing it from the inside we noticed how many precautions Akko has adopted. First of all, the PCB is embedded in a sort of frame that anchors it to the body once closed. This basically allows you to minimize bending and vibrations. Even more surprising is the material used to fill the base: very thick silicone. This results in a very pleasant sound out-of-the-box, with no changes needed, and a greater feeling of overall robustness.

The bottom houses four rubber feet but there is the possibility of increasing the angle thanks to the two measures of the retractable risers. The keyboard has a basic height that starts from 2cm in the front and reaches 3cm in the back. Thanks to the first rise, the back will reach 3.90cm, while using the second one to 4.50cm. In addition to this, the bottom houses the switch that allows us to switch from wireless mode (Windows or Mac) to USB wired mode.

Above the PCB there is a 1.50mm polycarbonate plate in semi-transparent white color. This, along with the translucent switches, is really great for users who love RGB lighting which, in this model, faces north. The lighting will not only pass through the switches, it will be visible (in a more tenuous way) also through the plate, ensuring greater intensity. The motherboard houses the “5-Pin Hotswap” technology and, therefore, we will be able to interchange the switches in a really simple way. Now let’s talk about what the general feeling of writing and use is thanks to the “JDA Dye Sub Cinnamoroll 20th Anniversary” keycaps and the CS Crystal Blue switches. Let’s start with the first ones.

These aren’t the classic keycaps Akko tends to include. While the company usually installs caps with ASA profile on its keyboards, these are characterized by a JDA silhouette. This results in a significantly reduced height, while the shape changes from the bottom row to the top. Aesthetically we liked them very much; much more than the ASAs. Both the font and the colors adopted in this version are beautiful, especially if you are a fan of the world created by Sanrio. Regarding the actual use, however, they are in our opinion more uncomfortable in relation to the classic ASA, especially as regards writing. This is obviously an extremely personal opinion. If you like the “low profile” experience they will surely convince you.

Speaking of switchesinstead, these they fully convinced us. The new CS Crystal Blue (together with the CS Cristal) are not just designed to enjoy RGB lighting as we thought. These linear are really great in all respects. Featuring a body made of clear blue polycarbonate, these switches have a actuation force of 40 ± 5gf it’s a pre-travel of 1.6 ± 0.3mm. Basically they are really good, especially for typing but certainly less so for gaming. In general, the only downside is the slight plastic rubbing sensation that can be removed once lubricated.

The mix of these two components is (speaking of the sound) literally enjoyable. It is not the “thock” coveted by many, but it comes closest to a “clack”. We also noticed a improvement. While those adopted in the 3068B model made the space bar too loud due to the uneven movement, these work well. It is clear that they are not perfect but, in general, no problems to report.

On the connectivity side, there are some shortcomings. While with USB connection and in Bluetooth mode everything works at full capacity, we have noticed some problems with wireless connectivity through the 2.4Ghz dongle. From time to time, in fact, it has happened to us that the keyboard has some quick disconnections. This is a problem we actually encountered with the 3068B model as well. In addition, it happened that the keyboard got enchanted and ended up typing a series of characters on its own indefinitely, forcing us to use it in wired mode. To switch from one connection mode to another, simply press the “Fn” key together with one of the letters responsible for carrying out the command.

The software has improved a lot since we last used it. As always, we will be able to perform the classic functions such as setting commands for individual keys, rather than setting macros, managing lighting by creating your own custom presets and checking if the keyboard firmware is updated. All this will only work when the keyboard is connected via cable. The review of this Akko PC75B Plus v2 ends here. As you read from the title, we wondered if this could be considered the perfect keyboard. In our opinion (based on the price at which it is offered) yes, but we must contextualize. We are talking about a pre-assembled keyboard and, analyzing it in detail, we realized how Akko paid attention to every detail, even creating a second version of the keyboard based on the improvements suggested by the community. Despite some uncertainty regarding wireless connectivity which we hope will be corrected with a software update, we feel we are not penalizing the product too much.

This is really an excellent mechanical keyboard aimed at those who are starting to deal with this world or, more simply, at those who want a product that can provide good feedback and an enjoyable sound without the need to mod it.

As always, we thank Akko for their cooperation and invite you to follow our pages for hardware reviews and more! 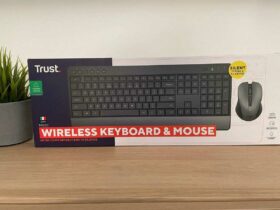 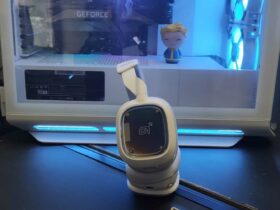 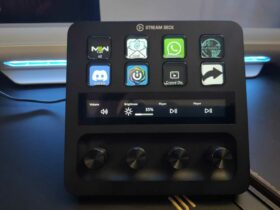