Amazon announced the ability to share clips up to 30 seconds of his shows on Prime Video, by clicking Share Clip on iOS. The new feature will only be available for a limited number of movies and series at first, but it could become a quick way to share your favorite (or most hated) scenes on social media. In addition to being a interesting tool for marketing.

Amazon allows you to share Prime Video clips on iOS

According to what was communicated by Amazon, the new feature will initially be available only on iOS. When watching a show on your iPhone, you can simply click the Share Clip button, which will appear together with the other commands we are used to in the app interface. Tapping it will create a 30-second clip, which you can manage to make sure it contains the part of the show you want to show. From there you can share it with Apple tools by sending it to a friend on iMessage or posting it on social networks.

This new feature allows users to share the parts of one shows they like to more, like the most hilarious lines of an animated series or the most over the top scenes from The Boys. Or you can let your friends know why you keep suggesting that Fleabag masterpiece be retrieved (even though it’s not currently available for clips. But watch it anyway!).

But at the same time, for Amazon it becomes a virtually free marketing opportunity. A possibility that other services like Netflix currently do not exploit: when you take a screenshot of a TV series, you will get a black image.

For the moment, Amazon has announced that clips of The Wilds, Invincible, Fairfax and the first season of The Boys. But more shows are expected to arrive very soon. Although for the moment we don’t know if there will also be non-Amazon original shows in the future. We will keep you posted. 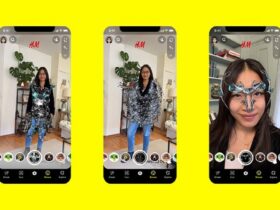