Amazon has started the testing phase of a new feature that picks up the TikTok feed. Amazon’s goal is to incentivize purchases and, for this reason, it could launch a system that can guarantee users the possibility of discovering new products. Here’s how this new possible evolution of the Amazon app works, currently under internal testing.

Amazon’s app may soon receive one novelty inspired by TikTok. The e-commerce giant, in fact, could introduce a custom feed to allow users to easily identify new products. The feed would feature one vertical scroll and would consist of photos and videos with the aim of promoting the products available on the store. 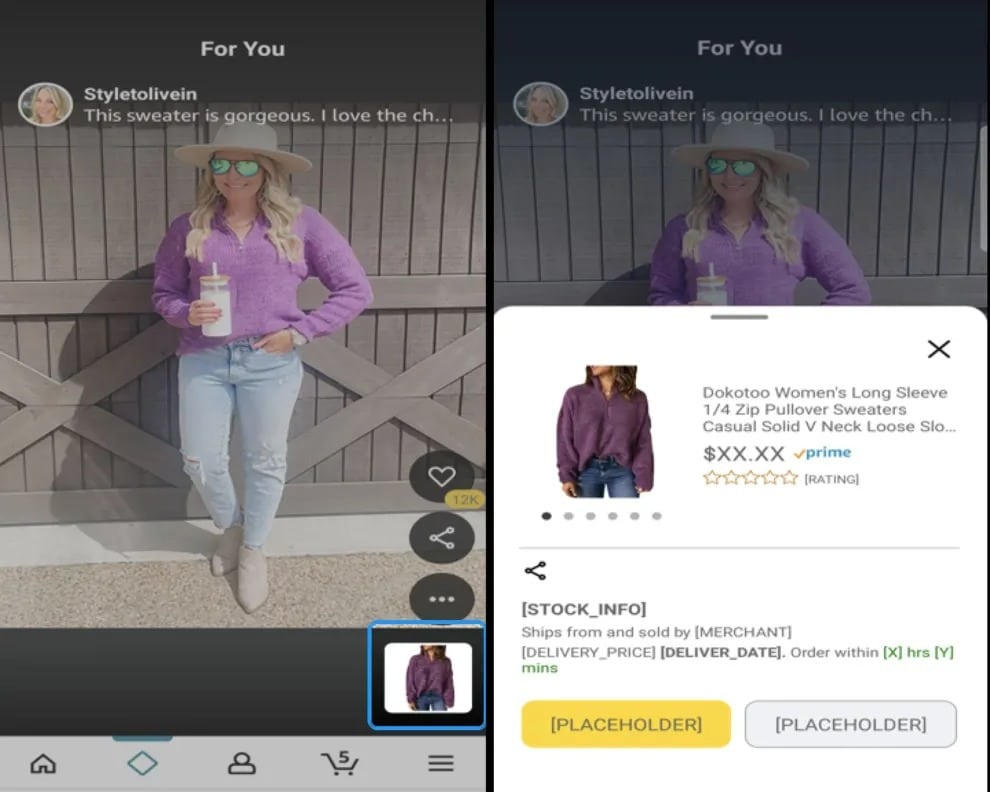 Currently, access to the feed is via the new Inspire button of the Amazon app (in the version under private testing). In the future, however, Amazon may release this feature to all of its users. In this way, Amazon could also turn into a social app for the simplified use of content to be purchased.

For the moment, there are no guarantees regarding the possible debut of this new feature. It is not the first time that Amazon has tested new products inspired by the social world to boost sales. More details could arrive in the coming weeks.