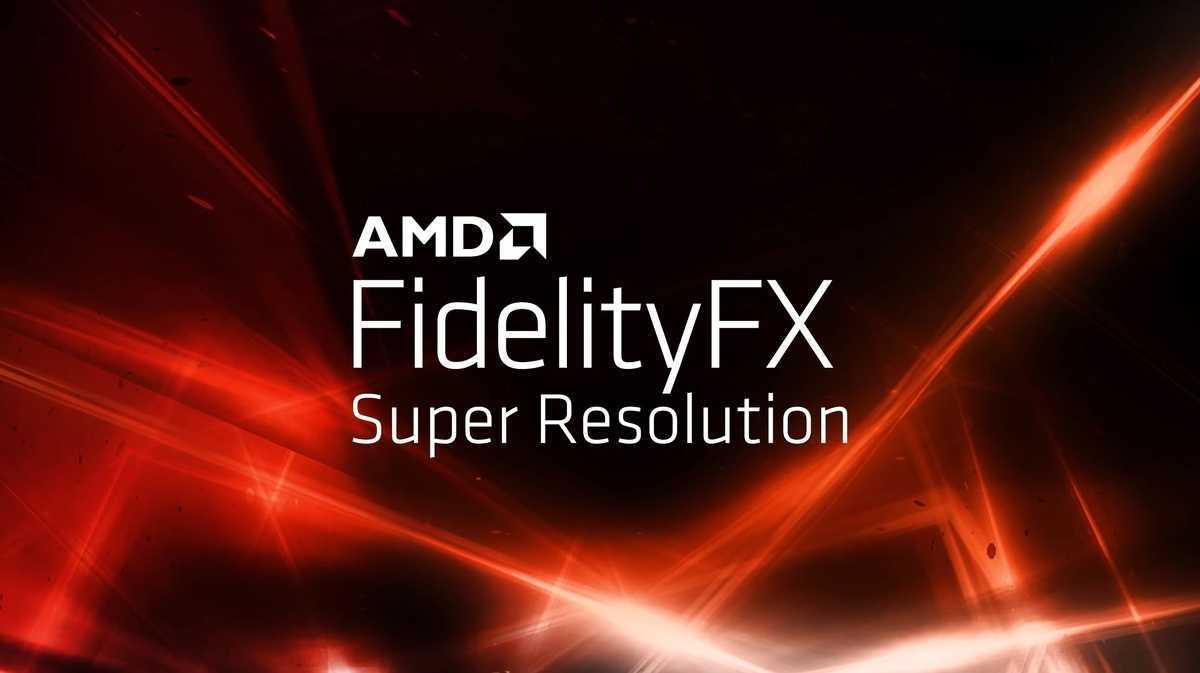 NVIDIA introduced its deep learning-based supersampling technology, called DLSS (Deep Learning Super Sampling), in 2018 when the Turing-based GeForce RTX 20 series was introduced. In fact to make this technology work you need to rely on Tensor cores present only in RTX graphics cards. Version 1.0 of the DLSS initially had a difficult life for several reasons: on the one hand the technology was not well supported by developers with few compatible games, on the other hand in certain situations there was performance below expectations with artifacts and blurred images. With version 2.0 and the new RTX 30 cards things have improved with much more supported games and more consistent quality. Now on the occasion of Computex 2021, too AMD has brought out its FidelityFX Super Resolution or FSR for short. What are the differences and will he manage to live up to it? ù 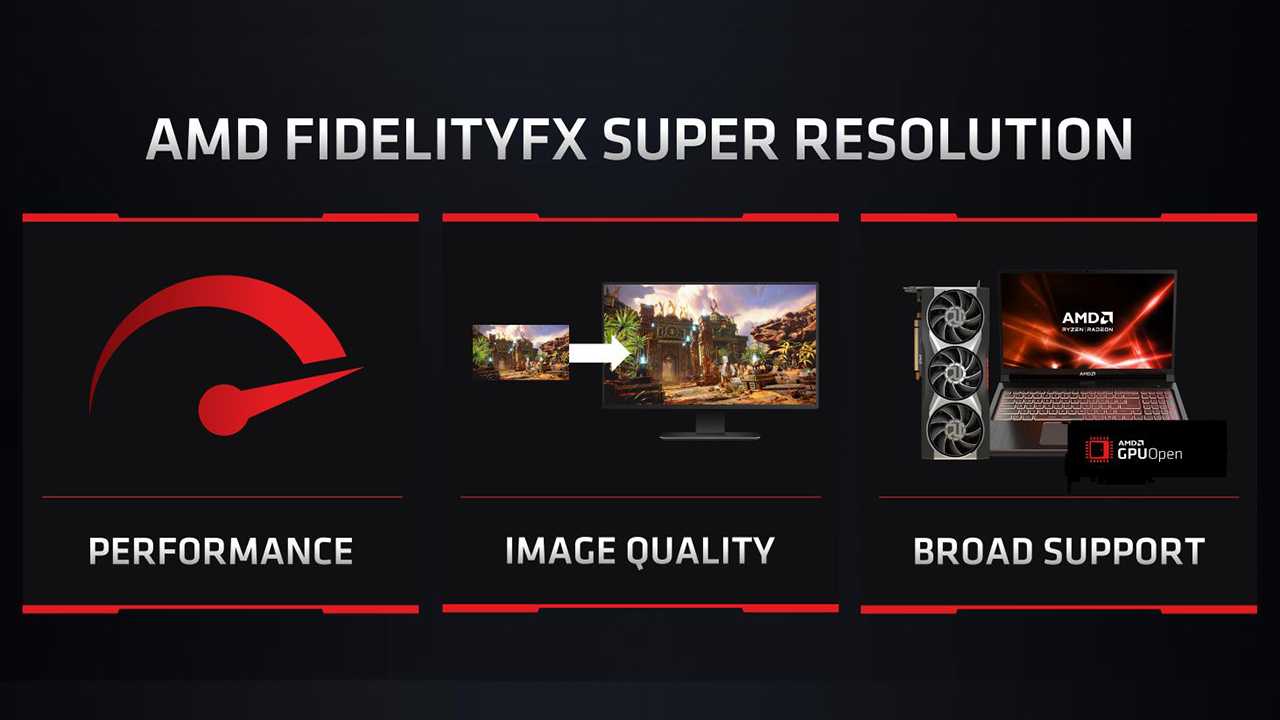 Here are the main features:

First of all it is a very open technology, unlike DLSS. AMD FSR (FidelityFX Super Resolution) is compatible with AMD Radeon GPUs starting with Polaris and up to RDNA 2. The company also supports GPU NVIDIA Pascal, Turing e Ampere. During the event at Computex 2021 AMD chose Godfall for a live demonstration and ran the title in native 4K resolution on the EPIC preset and with raytracing enabled. Although Godfall is known to be a well-optimized title for AMD’s architecture. The results, however, are exciting:

With Ultra presets on a Radeon RX 6800 XT it is up to 60% faster, while the performance mode is over 3 times faster. Obviously, more in-depth tests will have to be awaited to draw conclusions. But how will it fare with other GPUs? Maybe your own older ones that struggle more with very high presets? 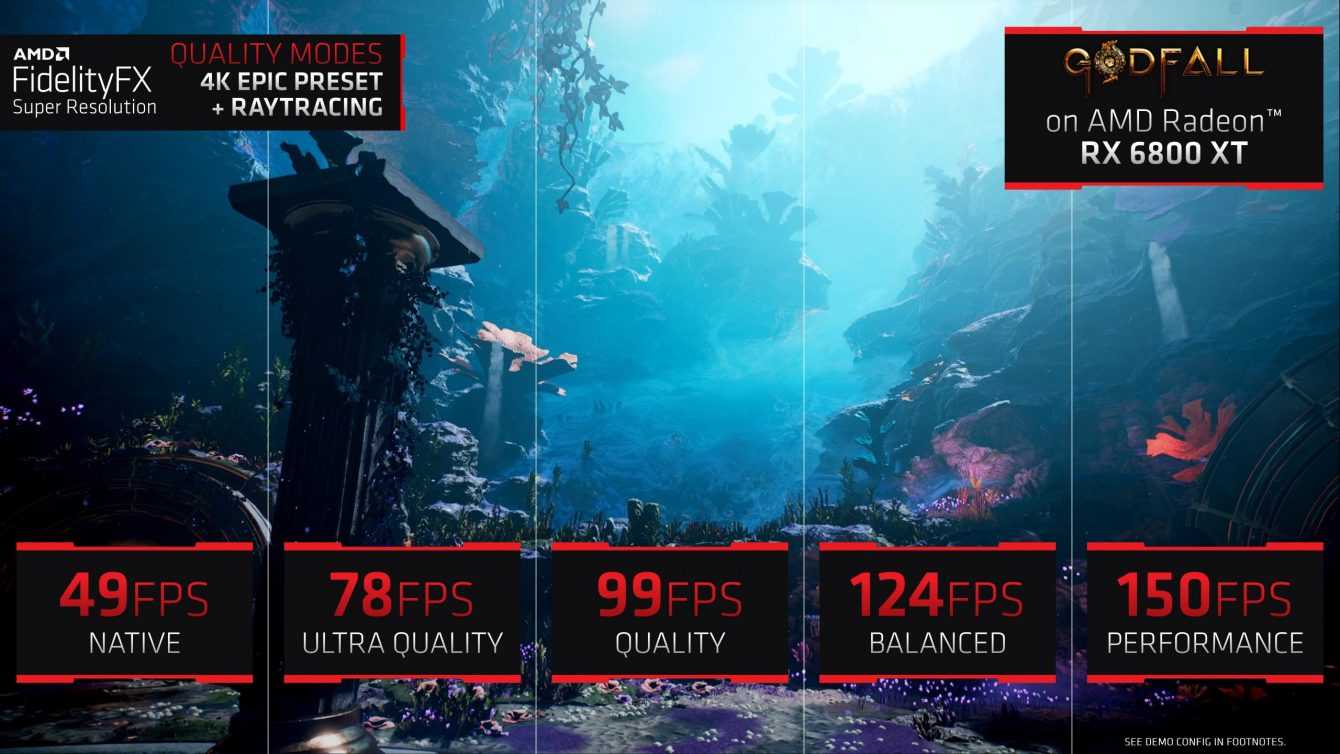 AMD has shown the performance of FSR (FidelityFX Super Resolution) with GTX 1060 6GB, the currently most popular GPU according to Steam rankings. In Godfall with the game running at 1440p and EPIC settings, we see the tab go up 41% in performance from 27 FPS up to 38 FPS. A godsend for anyone who doesn’t have a modern PC, but still wants to enjoy high-resolution games. 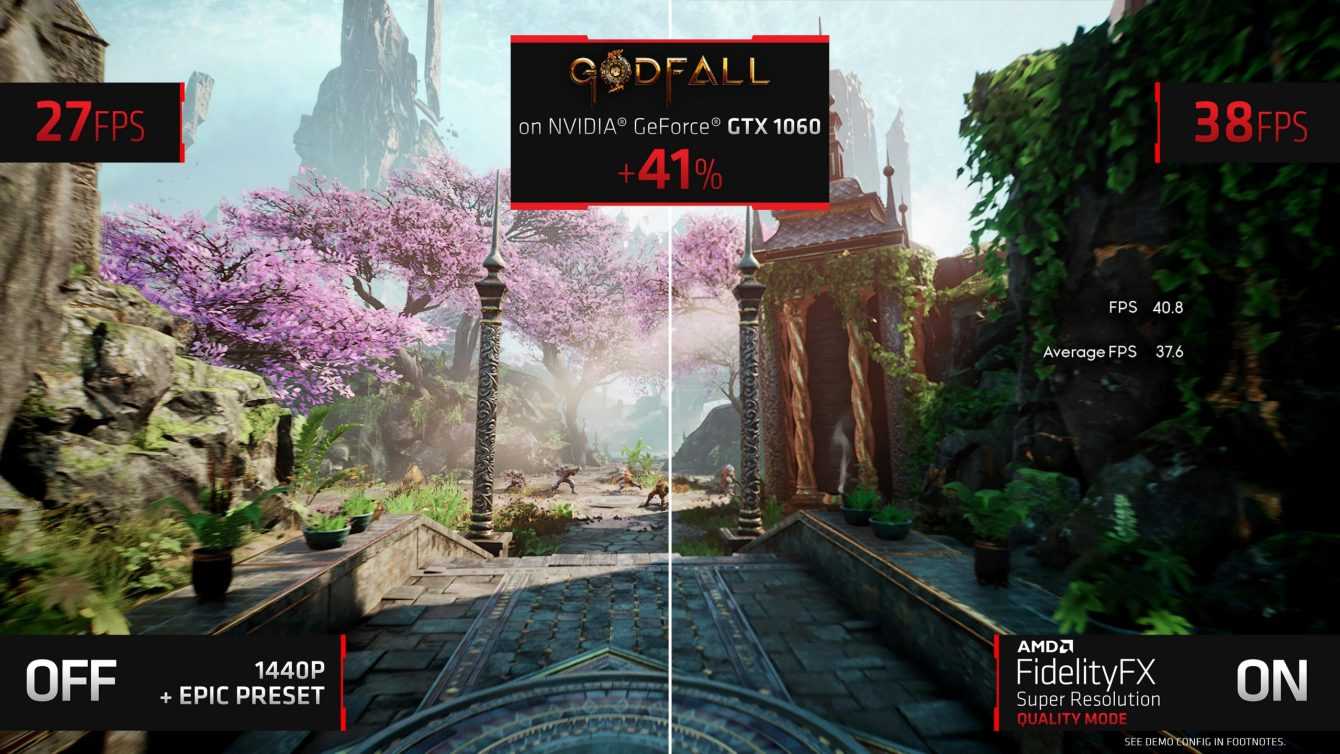 In addition to this live demonstration, AMD has confirmed that FSR (FidelityFX Super Resolution) will be supported by 10 studies on various graphics engines and that the new technology will make its commercial debut on June 22. In addition to this extreme openness on the part of AMD, the philosophy of FSR (FidelityFX Super Resolution). This is because FSR uses the traditional graphics pipeline instead of Tensor Cores and therefore would require a minimum of effort on the part of developers to implement it within their games. Technology also uses an algorithmic super-sampling method that upscales the image with minimal overhead, although we will have to see how it will behave compared to DLSS. 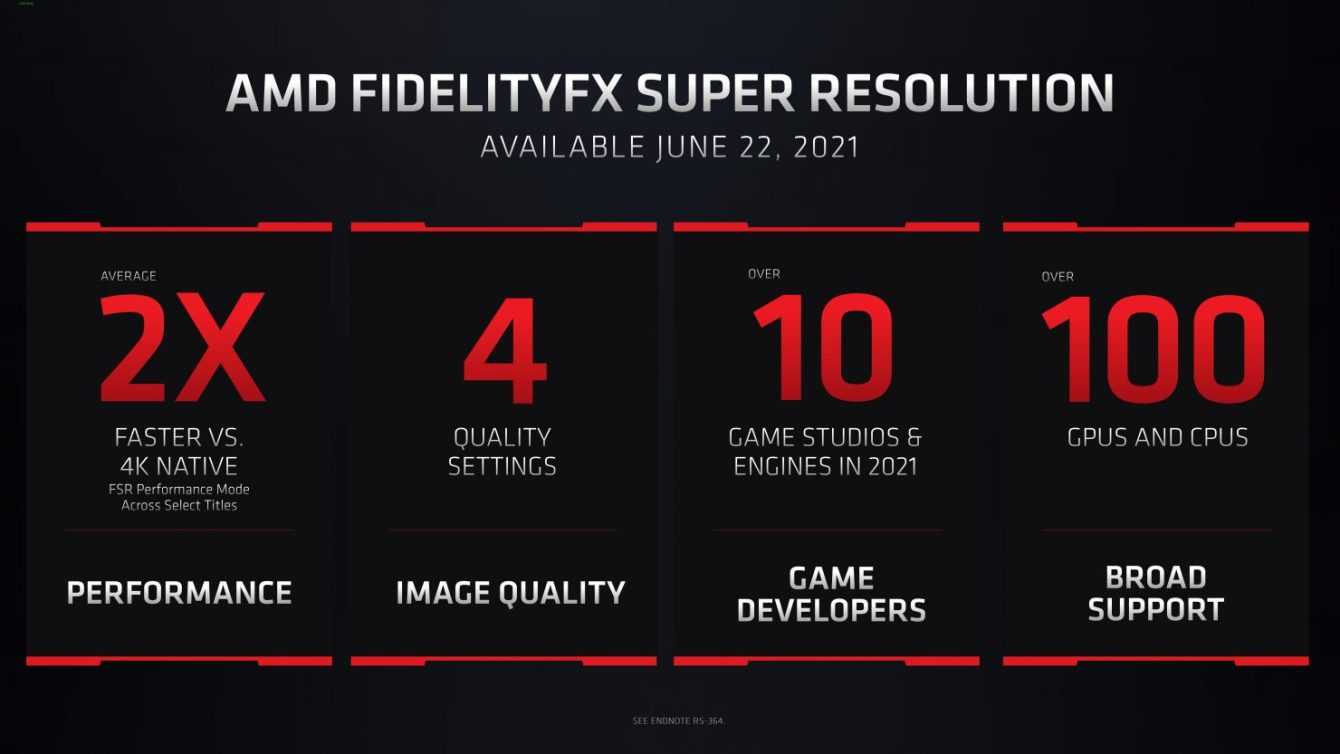 Furthermore, many gamers expect to see AMD FSR (FidelityFX Super Resolution) even on the next generation consoles, based on AMD RDNA 2. the limited hardware power of the consoles forces a lot of compromises to play in 4K. A technology like FSR could be a small revolution. Towards the end of the month we will surely know more! That’s all from the hardware section, keep following us!

The AMD FSR article: The FidelityFX Super Resolution is for everyone (even NVIDIA) comes from TechGameWorld.com.