AMD unveiled its new sister Radeon GPUs, RX 7900 XTX and 7900 XT, but, what stood out the most is the new RDNA 3 architecture.

The new ones have been made official RX 7900 XTX e, 7900 XTthe new GPUs from AMD that will inevitably collide (and position themselves) directly in the segment of the NVIDIA GeForce RTX 4000 series. There is still a bit left to see them on the shelves, let’s talk about 13 December, but we can already extensively discuss the new architecture, which is very promising. We see them in detail in the rest of the article.

The new RDNA 3 architecture (codenamed Navi 31) promises well, at least looking at the tests performed by the company and the technical data sheet. The innovative structure is very interesting and is always based on the chiplet designnow well established with Ryzen CPUs, we have in fact two distinct but connected structures, and we will now have to familiarize ourselves with two new terms, the GCD and the MCD, respectively, they stand for; Graphics Compute Die (GCD) e il Memory Cache Die (MCD).

We see them in the slide below;

The Graphics Compute Die has a 5nm manufacturing processwith an area of ​​300 square millimeters, we then have the Memory Cache Die, with a surface of 37 square millimeters, made with a 6nm production process. There are 6 of Memory Cache Die, and they contribute to the operation of AMD’s innovative architectural technique called Infinity Cache, just as the name suggests, aimed at optimal management of the Cache, which now with this new architecture reaches the second generation. Each MCD is connected to each other by a 64Bit Bus.

Se the MCD is the beating heart of the Cache management – fundamental in the field of processing gaming and non-gaming processes, and also responsible for pure performance – is the GCD, which has undergone equally important changes.

The GCD, which I repeat stands for Graphics Compute Die, fully exploits the potential of the new 5 nanometers, in fact it was increased the chip density by 165% compared to previous generationsie compared to RDNA 2. Let’s go to the full specs, we have ben 64 stream processordual issue, but which actually operate like 128 traditional stream processors, why are you wondering?

Having present in the structure 2 dedicated artificial intelligence accelerators, for each compute unit, we have in fact doubled the number of instructions handled per clock cycle, the raw performance increase corresponds to about 2.7x, thanks to the second generation of RT Acceleratorthis technology alone promises 50% more performance than RDNA 2. For a total of approximately 54% more achievable performance per watt than RDNA 2. Then we have 61 TFLOPs, 58 billion transistors, and GDDR6 memories, the internal communication between memory chips reaches 5.3 TB / s. This will lead to a more efficient and performing communication.

Il Radiance Display engine is also a new technology that deserves attention, as together with the new DisplayPort 2.1, there will be a leap forward when it comes to high resolutions. Now, 4K and 8K can take place with high refresh rates, and constant performance without Drop. This, if confirmed, could quote them for E-Sport uses.

Even 900Hz for resolutions of 2560 × 1440 pixelswith a color space management of 12bit of color for each single channel. Another novelty is the dual media engine, for the simultaneous encoding and decoding of AVC / HEVC formats and AV1 video streams, an absurd result, if we think of working with resolutions of 8K at 60 frames per second in real time. The new video encoder is interesting at least in the theoretical field.

Then we have the new clock frequencies worthy of note, this time differentiated according to the context, what does this mean? That we may have variable frequencies of 2.5 GHz for operations front endand 2.3 GHz dedicated to shader Core. A performance / consumption balance that will allow these video cards to reduce consumption by 25% compared to the previous Gen. The two cards, Radeon RX 7900 XTX and Radeon RX 7900 XT, as mentioned will arrive in the first week of December.

All that remains is to update you when we can talk about performance in the practical field as well. If you want to continue to know the latest news from the hardware world, keep following us. Greetings from TechGameWorld.com. 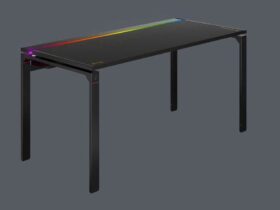 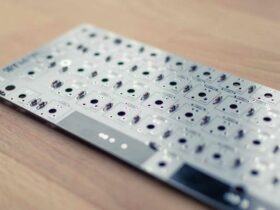 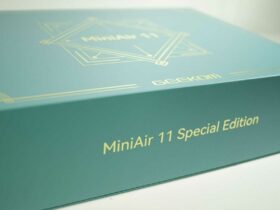 GEEKOM MiniAir 11 Special Edition: how to best celebrate the anniversary