Some rumors have revealed the probable release date of Android 12. According to rumors, the final version could be released on October 4, 2021. Let’s find out all the details together. In addition, as usual, we remind you that all the information contained within this article have not yet been officially confirmed.

Is the release date of Android 12 near?

Android 12 it took longer than many of its predecessors but it seems the final version is closer than expected. XDA editor-in-chief Mishaal Rahman says Google plans to release the AOSP version (Android Open Source Project) of Android 12 on October 4th.

Furthermore, this suggests that the owners of smartphone Pixel they could get their update starting that day.

If the timing holds up, this also sets expectations for the launch of the Pixel 6. Google can’t really ship its new top-of-the-line phones without Android 12, so it is unlikely that the Pixel 6 will formally debut before that date. It wouldn’t surprise us if the hardware only emerged later in October.

However, if you don’t have a Pixel smartphone, be prepared to wait longer than expected. While some smartphone makers tend to be fast and release major Android updates within weeks, many others take months. Samsung, for example, began distributing Android 11 only in December 2020, three months after Google officially released the operating system.

As much as Google has made an effort to shorten the delays in updates with efforts like Project Treble, companies they need time both to adapt Android to highly customized interfaces and to test the software with customers and carriers.

For more information you can consult the official site on Android. 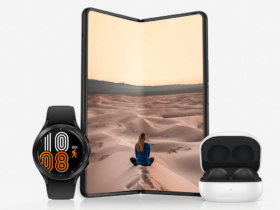 Do you want to buy Samsung Galaxy Z Fold 3? The offer not to be missed