Here is our review of Annette, with whom Leos Carax won the award for best director at Cannes

Leos Carax he came back and we all noticed. 9 years after Holy Motors, which has established itself in the eyes and minds of all fans as one of the best films of the third millennium, the French director and screenwriter is giving us a new gift. Annette is hers first English-language film, is a musical and boasts a great duo of protagonists. Before we find out what we think, let’s take a look at the trailer for the film!

Annette’s story is closely linked to that of her protagonists. The first is Henry McHenry (Adam Driver), an eccentric comedian with moderate success. The latter falls in love with Ann (Marion Cotillard), an excellent soprano who fills the theaters with her tour. Their love is passionate and results in the birth of Annette, their daughter. Their story is also narrated by televisions, which wonder how it is possible to be compatible between two personalities who appear at least distant. On a short vacation, tragedy enters Henry and Ann’s lives, forever changing their history.

Leos Carax is back | Annette review

After 9 years of waiting the director returns to delight us with a new feature film. After that great film that was Holy Motors (and which I recommend everyone to recover), Carax is back in the limelight with a very ambitious film. Annette is her first English-language film and has quickly found the success it deserves. At last Cannes Film Festival in fact, Leos Carax deservedly took home the Best Director Award. His games with the different ones sets, also helped by the role of his two protagonists, it was incredible. The camera moves from one theater to another with a unique ease, immersing the viewer in the context of the film. At the birth of Annette, here comes the more “Holymotorsian” side of the director. The more aspect grotesque and sinister by Carax emerges overwhelmingly, almost frightening those who did not expect a drift of this kind from a film that, up to that moment, had been extremely busy entertaining.

Let’s not forget that Annette is also 8e above all) a musical. A long series of songs accompany us in the vision and represent the determining factor. Already from the first scene it is Carax himself who introduces us to the film with a piece that literally invites the viewer to be silent and enjoy the film, in a quite surreal atmosphere. The songs may even turn out too intrusive on the plot, leaving little breath to the regular dialogues. This aspect represents the film’s double-edged sword and also its most divisive aspect. Another very important aspect of the film is his reflection on the world of theater and art more generally. Several times during the film we focus on the importance of what is proposed on stage, on the sacredness of the work as opposed to the barbarism of comedy. The ways in which the two protagonists show themselves to their audiences are also completely opposites. The speech will reach its extreme with the figure of Annette and I do not go further, to avoid unnecessary spoilers. 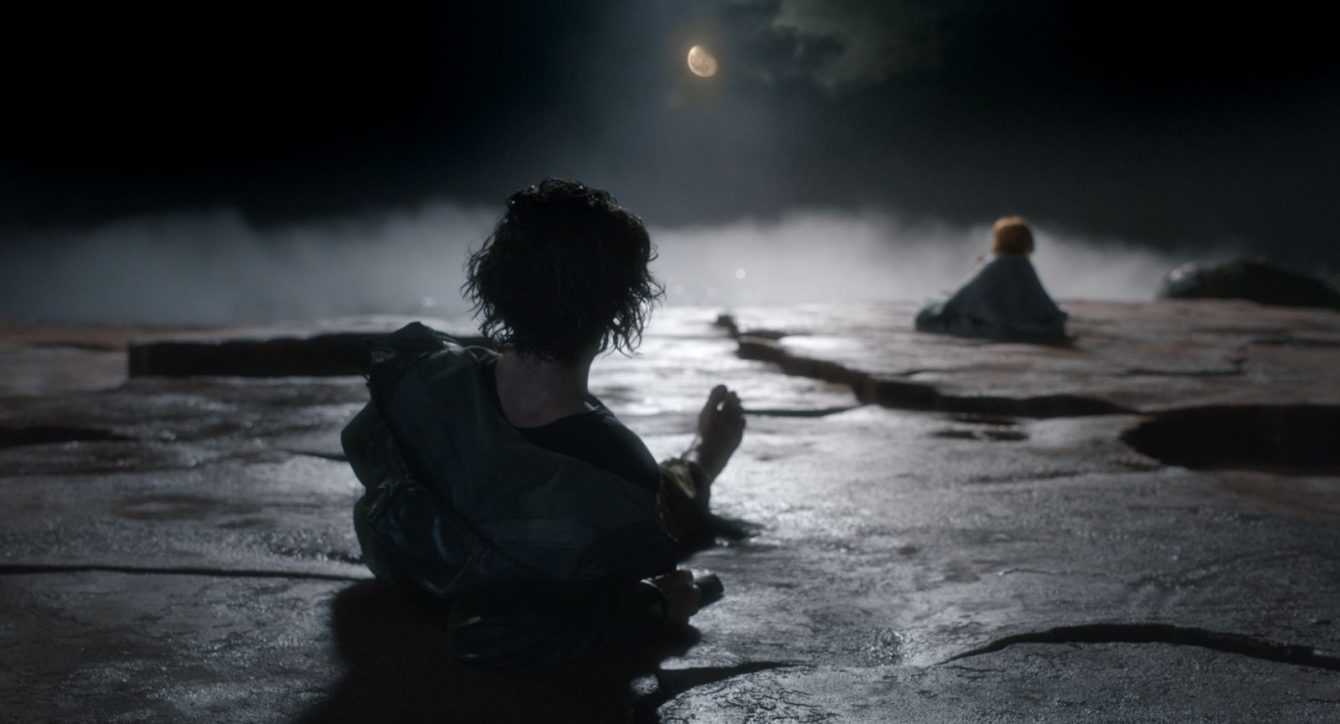 The great and incontrovertible quality of the film are the two protagonists. Adam Driver first of all, but also Marion Cotillard pack two incredible performances. Thanks to their voice and their stage presence they glue the viewer’s eyes to the screen. If you think that they both played actors in the film, the appreciation for their effort can only increase dramatically. They take up most of the unaccompanied playing time and are the real fire that fuels the film. It goes without saying that their singing performances are impeccable.

Annette is a movie unique, son of a director who is also the only one. Carax takes us back to his world grotesque, full of disillusionment and horror. This time, however, we are accompanied by one soundtrack worthy of the best musicals and from excellent performances by Driver, Cotillard and the rest of the cast. The direction, already awarded at Cannes, deserves full marks, as well as the choice of scenographies. The film is very enjoyable, if you overcome the fear of the abundance of songs that a musical can present. With that out of the way, Annette pampers us into her sweet quirks and her faraway but incredibly close world. Leos Carax is back and we hope he shows us what he’s capable of soon!