Apple wants to increase the number of its products with a display mini-LED, but right now he is having difficulty finding a supplier. Indeed the Chinese company Sanan Optoelectronics he would not pass the certification test for the technology. It would be the third mini-LED supplier for Apple.

The iPad Pro with M1 chip launched last year marked a change of pace for Apple: that was the first product with a display Liquid Retina XDR to take advantage of mini-LED technology. Then came the new 14 and 16-inch MacBook Pros. And it seems Apple wants to bring this technology to many other devices, to improve image quality.

Apple currently works with the Taiwanese company Epistar and the German Ams Osram, which act as suppliers of the panels to be used on the devices. But now Apple wants to find a third manufacturer and would have identified the Chinese Sanan Optoelectronics, which should have started production as early as the end of 2021.

However, it appears that the company is not achieving the desired results, according to reports DigiTimes. “Since Apple requires manufacturers in its supply chain to have a sufficient number of proprietary or third-party technology licenses to avoid infringing patents, Sanan’s non-certification, as well as quality issues, could be linked to patent problems, suggests our source “.

Either way, it seems Apple isn’t happy with Sanan. But none of this information is official, so take the news with a grain of salt. Apple would still be intending to work with Sanan but it would have postponed the start of the works. And in all likelihood, he’s starting to look for a replacement.

For us users, this probably means that we will have to wait a little longer a year or two to see the complete transition to the mini-LED. A technology that should guarantee deeper blacks and better contrast than current LCDs. We will keep you informed. 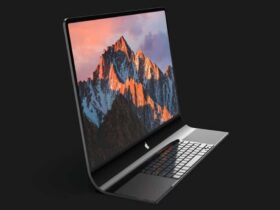 Apple patents an all-glass iMac with a touchscreen

Halo Infinite: The game peaked at 270,000 players on Steam

Futura: the world of jazz in the new film by Lamberto Sanfelice