Apple is preparing to launch an external monitor for Mac, a less expensive version of the Pro Display XDR. Confirmation also comes from Bloomberg analyst Mark Gurman. In recent weeks, rumors have been circulating that they want LG already working on supplying displays to Apple for a 2022 launch.

In recent weeks there has been talk of a possible external monitor for Mac under development. A device that could even go as far as 32 inches diagonal (but we also talk about 24 or 27 inch versions) to allow you to have a workstation in the office or at home where you can attach your very powerful MacBook Pro. Or a display with an internal chip for graphics, in order to take advantage of the power of your own Mac only for computation.

In his own PowerOn newsletter, the Bloomberg analyst Mark Gurman seems to espouse this hypothesis. “I firmly believe that. A monitor that costs less, I think, would be very successful. For those who want to add a bigger screen to their new MacBook Pro without spending the equivalent of a luxury car upfront for the current Pro Display XDR ”. The current Pro Display Pro costs 5,599 euros in the glass-only version, while the one with nanotexture costs 6,599 euros.

The analyst goes on to say that: “At this point, the cost of building a monitor has likely decreased. And with a few changes and perhaps a drop in brightness, Apple could offer a similar quality monitor (perhaps at a smaller size) as well maybe half the price. Among other things, it’s still hilarious that Apple has tried to justify the current price by comparing it to a $ 43,000 Hollywood-grade benchmark monitor. “

Apple is said to be working on the display with LG, which also built the LG UltraFine 4K and 5K which are the only options approved directly by Apple. Perhaps a cheaper alternative could come for those who use the external monitor for work, but do not need the top-of-the-range version. 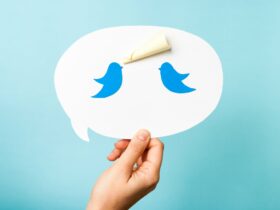