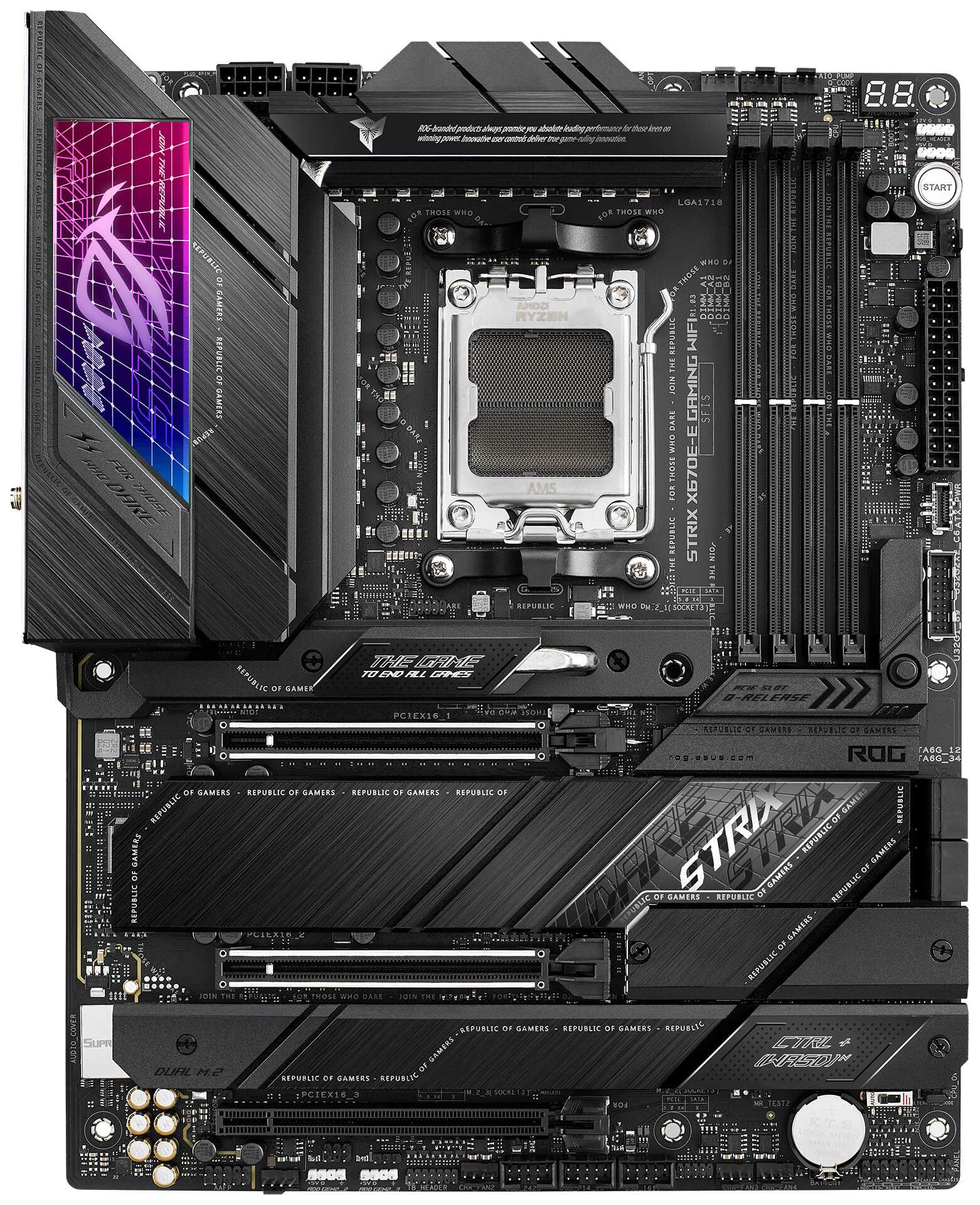 This new generation of AMD ROG motherboards, is called X670E series. They are equipped with support for DDR5 memory modules and PCIe 5.0 devices. In addition, the ROG Crosshair X670E Hero, ROG Strix X670E-E Gaming WiFi and TUF Gaming X670E-Plus WiFi cards are equipped with better bandwidth, stability e chappiness overall. All three cards feature the latest innovations ASUS Q-Design. ROG Crosshair X670E Hero and ROG Strix X670E-E Gaming WiFi include the button PCIe Q-Release. This is a feature that allows users to release the graphics card from the PCIe slot with a single push. Additionally, all three motherboards include docking design Q-DIMM on one side to ensure ease of installation and allow the memory sticks to stay firmly in place. Finally, the tabs include the Q-latch M.2, which allows users to attach or loosen an M.2 drive with just their fingertips. Below I will show you the three cards of the X670E series individually. 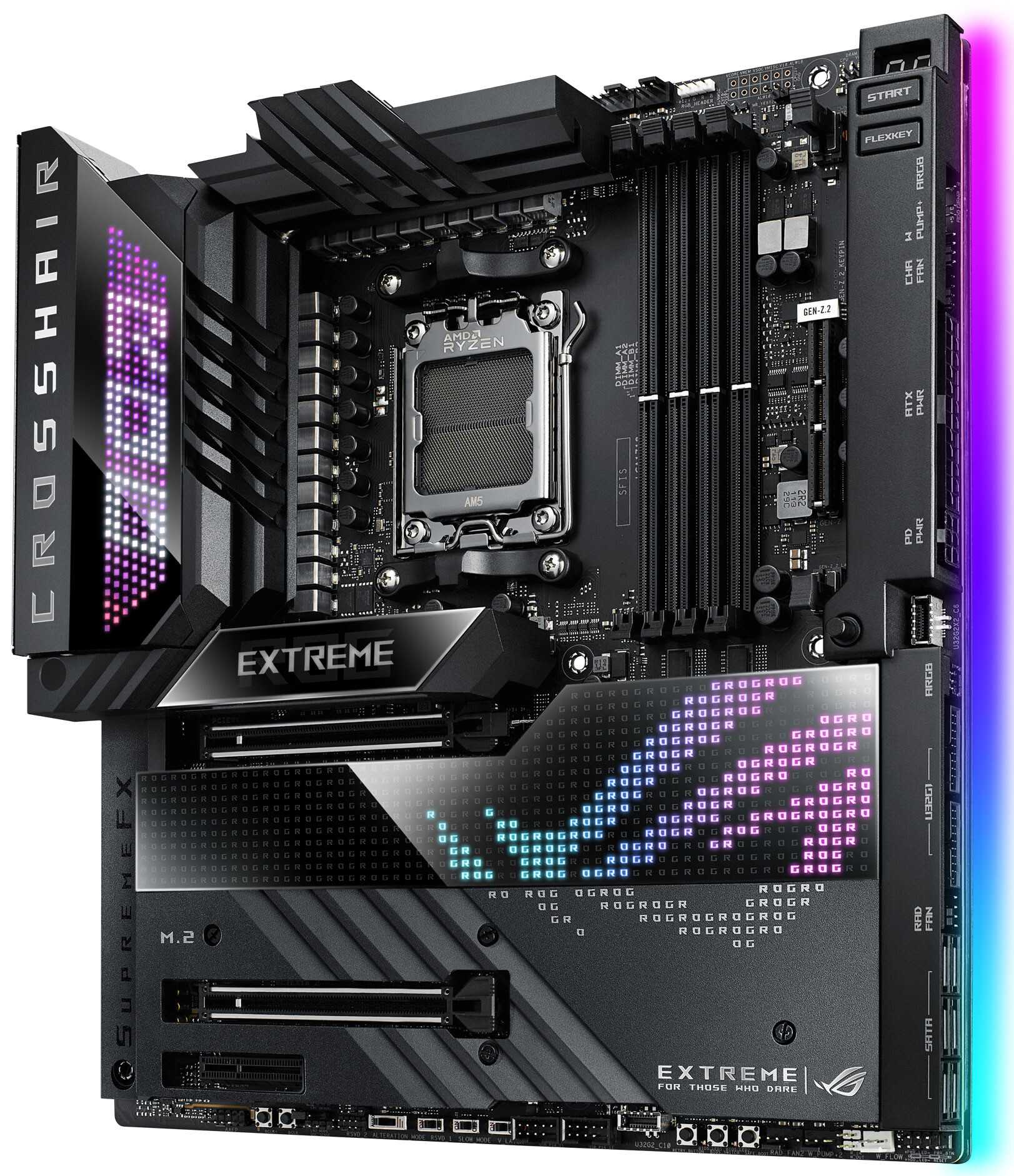 The spearhead of the line Crosshair X670E, ROG Crosshair X670E Hero bridges the gap between professional PC builders and everyday gamers. Allowing all users to build a high performance showcase PC. With its 18 + 2 110A team power stages and substantial built-in heatsinks, the X670E Hero offers stable power supply at lower temperatures. The X670E Hero is equipped for the next generation, with a pair of PCIe 5.0×16 slots to support next generation graphics cards. We also have a tab PCIe 5.00 M.2 and functionality WiFi 6E for an unobstructed wireless network. The ESS ES9218PQ Quad DAC delivers pristine audio at the front panel output. Dark hues predominate on the surface of the ROG Crosshair X670E Hero, offering an intense aesthetic for PC build. Polymo lighting and bright RGB pattern on the integrated I / O screen deliver a microstructural array of light and color. 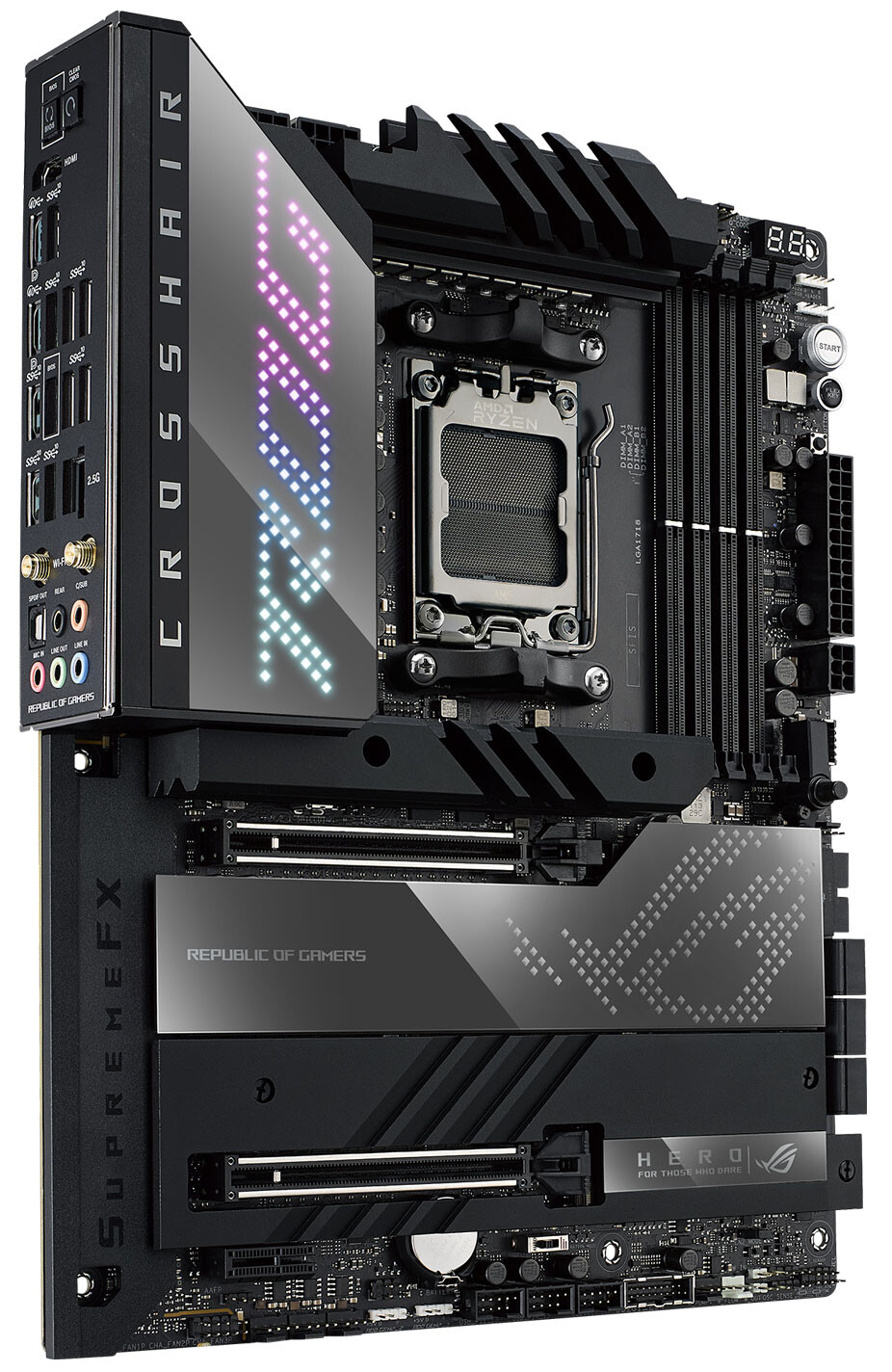 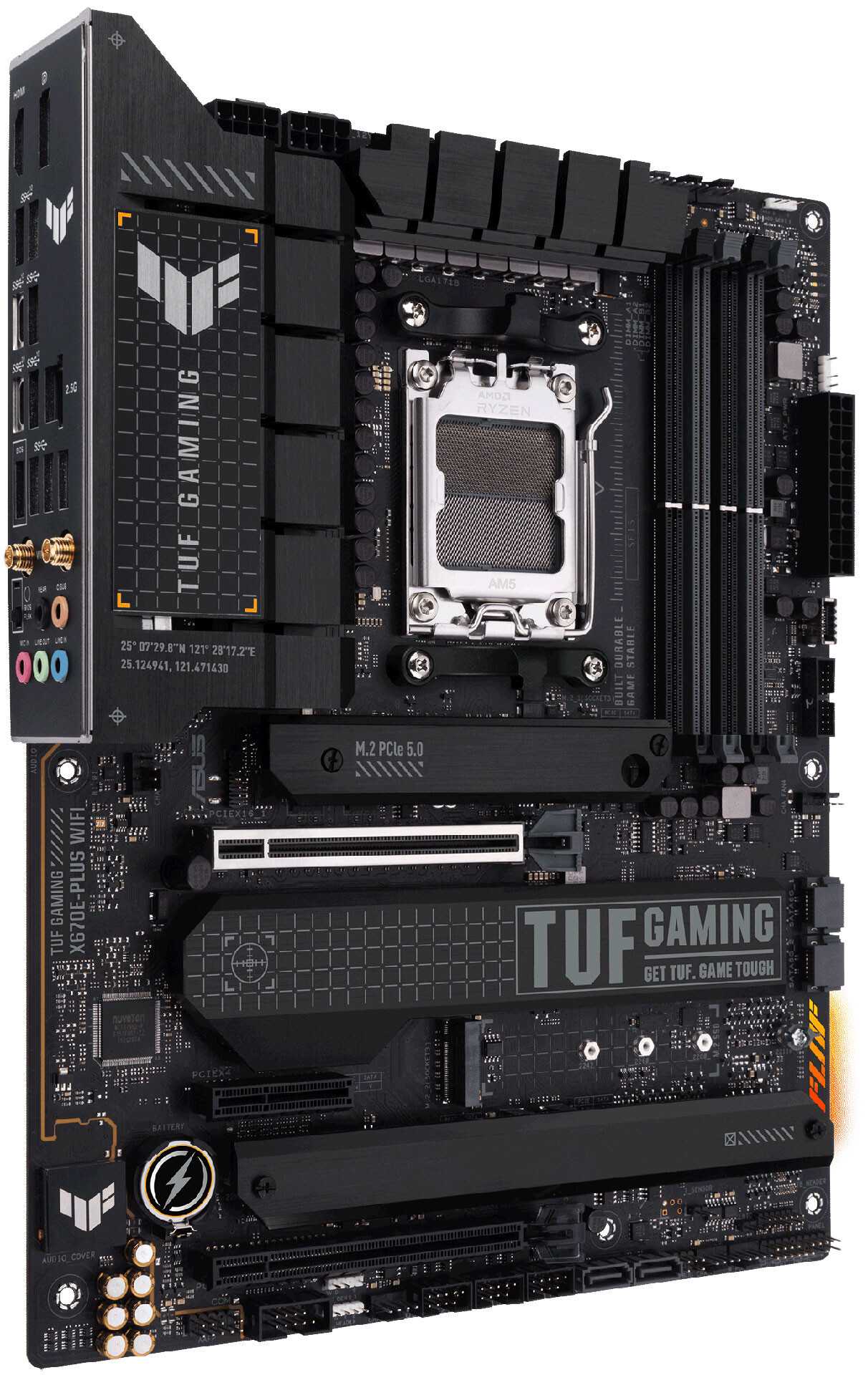 The TUF Gaming X670E-Plus WiFi offers performance in a durable and practical form. The card includes one slot PCIe Gen 5.0 x 16, quattro slot M.2 and a memory unit for traffic management. Featuring a clean, simple aesthetic and integrated I / O shield badges, the TUF Gaming X670E-Plus WiFi also includes the latest features ASUS Q-Design. Among these, an intuitive agnostic matrix Q-LED which gives users a quick look at the status of their build.

And you? What do you think of these new motherboards from the AMD X670E series from ASUS? Let us know with a comment below and stay tuned to TechGameWorld.com for more news and reviews from the world of technology (and more!).