ASUSTOR, thanks to continuous improvements to its operating system and exclusive features of its NAS, is at the forefront of this front, allowing its users to obtain tangible savings on their electricity bill, without sacrificing performance.

astorone of the most important and innovative producers of NAS, founded in 2011, with a direct investment of ASUSTek Computer Inchaving first introduced the System Sleep Mode S3 on NAS ten years ago, reaffirms its commitment to energy saving with a series of new technologies and features of the operating system ADM (ASUSTOR Data Master).

Designed to be operational 24/7NAS very often are not used throughout the day, therefore, it is very important that they are equipped with technologies that can significantly reduce their energy consumption during periods of inactivity.

Among the possibilities that the ASUSTOR NAS operating system offers for contain consumptionin addition to the already mentioned System Sleep Mode S3which allows the NAS to automatically standby when it is idle, are also distinguished WOL (Wake On LAN) e WOW (Wake On WAN), two technologies that allow the NAS to “wake up” after a period of suspension, via a PC or smartphone connected on the same local network or remotely via the Internet. Energy savings even more significant are possible by scheduling the NAS to turn on, only when its services are used. For example, it shutdown or hibernation of the NAS at hours 18:00 in the weekdays and, the choice to keep it off during the weekends can help companies and professionals to contain energy costs in a really significant way.

Laboratory tests carried out by ASUSTOR with the NAS of the series Lockerstor Gen2for example, they pointed out that the extinction for 16 hours a daycompared to uninterrupted operation 24 hours on 24considering an energy cost equal to 0.60 Euro/kWhcan go as far as saving up to 170 Euros per year.

The operating system ADMwhen the ASUSTOR NAS is turned on, it then allows you to control the brightness of the LED and, also manage the intelligent shutdown of hard disks, ensuring both a significant energy saving and an extension of the life of the mass memories themselves. The exclusivity is also noteworthy MyArchive functionality which, allowing ASUSTOR NAS to also be used as removable disk solutions, allows you to dedicate one or more disk drives to data and / or digital assets that are rarely used. MyArchive disks can be connected and disconnected as needed quickly and immediately, as well as used to quickly transfer large amounts of data from one NAS to another.

In addition to the functionality of the ADM operating system, the high-end NAS medium-high moreover, they can also benefit from the advantages offered by their cases and trays made of metal which facilitate the dispersion of heat, thus reducing the workloads of the fans and, therefore, their consumption.

What do you think of these ASUSTOR tips, to save a little bit on your bills, given the surge in energy prices? Let us know below in the comments. Don’t forget to follow us on our Instagram page, on all our other social networks and to stay connected on TechGameWorld.com.

The ASUSTOR article pushes on energy saving comes from TechGameWorld.com. 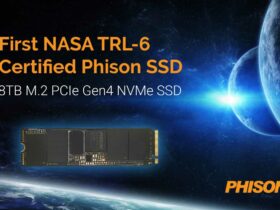 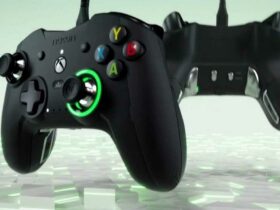