Are smartphones making us more prone to injury? We all worry about other possible repercussions on health and instead …

How dangerous do you think your smartphone is? We all worry about possible radiation exposure from prolonged use of the device, but to date we don’t have enough evidence to support these concerns.

Here I want to talk about something more immediate: i actual risks, present, of holding a smartphone in hand. For example: Have you ever tripped over something while looking at the screen? Or falling to the ground, perhaps even getting you a black eye?

What an exaggeration, you must be thinking. Still, recent studies (see here and here) show that smartphone-related injuries have increased considerably over the past decade and they show no sign of diminishing, given our increasingly accentuated dependence on these devices.

Is this a permanent threat? If so, what precautions should we take to protect ourselves? Read on to find out.

A wall, boiling water and a snake. What do they have in common? Well, these are three things that get a lot more dangerous if you have your phone in your hand.

Imagine taking a walk overlooking the sea, with a picturesque bay in front of you and the roar of the waves in the background. Doesn’t seem like a particularly risky situation, does it? Go tell that Guardian reader who took a nice flight just on a walk like that, because he didn’t notice he was walking on a wall while on the phone and fell on his feet on a rocky beach. Fortunately he didn’t break his legs, but the accident could have turned out to be much more serious.

And what about that student who spilled boiling water on her while cooking eggs? He was holding the smartphone between his shoulder and cheek. The water ended up on her arm and belly and, in addition to making her spend three hours in the hospital and causing her a lot of pain, left permanent scars.

Both stories (quoted here) raise some concern, but nothing to do with the one of the guy who tripped over a snake and was bitten while walking and texting at the same time. Thankfully it was a non-poisonous species, but it is worrying that the boy hasn’t spotted a reptile of that size in time.

I admit that the snake story is a little funny, but we need to keep in mind the causes of these incidents to keep ourselves safe in the future. It seems that the common denominator of the three events above (and many others) is precisely our blind dependence on these objects in our hands.

Just think of how many things we can do with the smartphone, all things that are addictive: Swipe on Tinder, order dinner in a few taps, entertain yourself with various games, even play online slots on the go. We dive so deep that we don’t notice the things around us, even if it’s a street lamp. But the most glaring problem is that we feel a constant need for these devices, until we end up inadvertently walking on walls and tripping over snakes.

Some countries are trying to do something to counter the phenomenon. In China, for example, they have set up special lanes for pedestrians who walk using smartphones, while in Austria street lamps with air bags have sprung up. to cushion the impacts.

But to solve this problem caused by the (incorrect) use of technology, it can also help us… technology. Apple’s iOS11 operating system, for example, has a safety mode for driving, which must be activated by the user, so it’s useless for people who they have no intention of changing their bad habits.

It’s all up to us

Maybe we should start analyzing the situation better. Smartphones are an essential part of our daily life, but it is possible (and necessary) to limit their use so as not to put ourselves and others at risk: we have this responsibility and we must act accordingly.

Here are some suggestions.

In theory it’s simple, in practice it takes a little bit of effort. Write down the time you spend using your smartphone: already after a week you should get an idea and you may not like it. We waste too much time on unnecessary activities, time that could be used much better.

Obviously there are also special apps; using these means may seem counterintuitive, but in reality they can be very useful. Just to name a couple, QualityTime for Android and Moment for iOS.

Once you have recognized the problem of excessive use of the device and decided to take countermeasures, it is better not to overdo it: as with any addiction, the risk is that of having to face too violent abstinence crises, with the result of desiring even more the “forbidden” object.

I’m not saying that smartphone use is the same as drug use, but the principle is the same. Make a commitment to cut down on the time you spend on the phone by 10% for the first week, increase the percentage the following week, and so on, until the desired goal is reached.

The world does not collapse

Everyone likes to think they are at the center of the universe, but the truth is, you don’t need to reply to an email within five minutes of receiving it. Remember: if it’s urgent, they’ll call.

At least turn it off for a while

Here: yespawn your device for a couple of hours. If nothing else, you will avoid tripping over a snake … 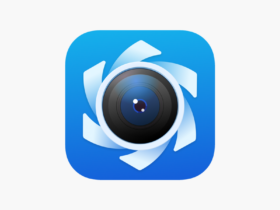 Using the iPhone as a webcam? With FineCam you can! 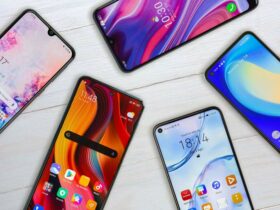 Tips to save on the purchase of a smartphone 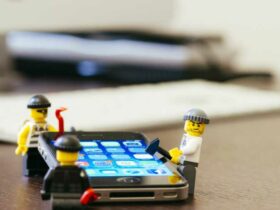 How to protect your iPhone from malware programs