Always alongside Barbie since her launch in 1961, Ken he was a fan favorite, ever since daring bold fashion choices, constantly evolving and in step with the times. Today, Berluti e Mattel together, through an unexpected collaboration, they reinvent a modern, different and stylish Ken, suitable for the 21st century.

The project includes three dolls Ken OOAK (One Of A Kind), developed with Berluti’s creative director, Kris Van Assche, dressed in the looks of the Berluti x Brian Rochefort collection. A brown leather jacket worn with a short-sleeved printed silk shirt, stretch pants with Camden shoes in woven calfskin; a double-breasted Prince of Wales suit, Ken & Berluti logo t-shirt and Camden shoes; finally a printed shirt paired with black trousers, belt and Stellar sneakers in woven calfskin. There will also be a miniature version of the clutch Nino and the Berluti beach dune buggy presented in 2020, produced by Hot Wheels.

The dolls were unveiled on social media with an appearance on Berluti’s Instagram account and content on the account Barbiestyle. The storytelling will see the dolls leave Paris aboard the buggy and head towards Los Angeles.

Two dedicated Berluti products were also created for the occasion: one T-shirt with braided Berluti logos e Ken together with a Nino clutch bag. One of the house’s most iconic leather pieces sees the Berluti and Ken logos intertwined on the iconic canvas and features Venezia leather details with a touch of California Blue. Both pieces are available both in Berluti stores in the United States, France, China and Japan, and in e-shops around the world from 11 March 2021. Kris Van Assche stated:

During such a restrictive time, it was joyful and liberating to go into fantasy mode to create all these products and this narrative. Eventually, it all comes back to the idea of ​​the dream.

Cultural relevance and diversity were key to the evolution of Ken’s story. These themes align perfectly with Berluti’s fashion and values, so it was perfectly natural to come together to celebrate Ken’s 60th anniversary.

The three exclusive Ken dolls will be sold in a digital auction in May and the proceeds will go to support the children’s charity, Make-A-Wish. The latter fulfills life-changing wishes for critically ill children around the world. Make-A-Wish has the unique ability to transform a child and his family’s life during some of their most difficult trials – as a wish creates an opportunity for hope and the ability to live life beyond illness.

Xbox Games Showcase: Here is the launch trailer for Psychonauts 2 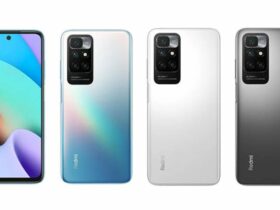 Everything we know about Xiaomi Redmi 10