In this guide we will see which are the best Free to Play and free games for PC, so let’s get started!

Despite the various commitments that fill our days, we must still have fun, and what is one of the best ways to pass the time, if not with free games e i Free to Play? I believe none, since the latter will not make you pay any money, so let’s start listing (in completely random order) what are the best Free to Play and free games for PC. 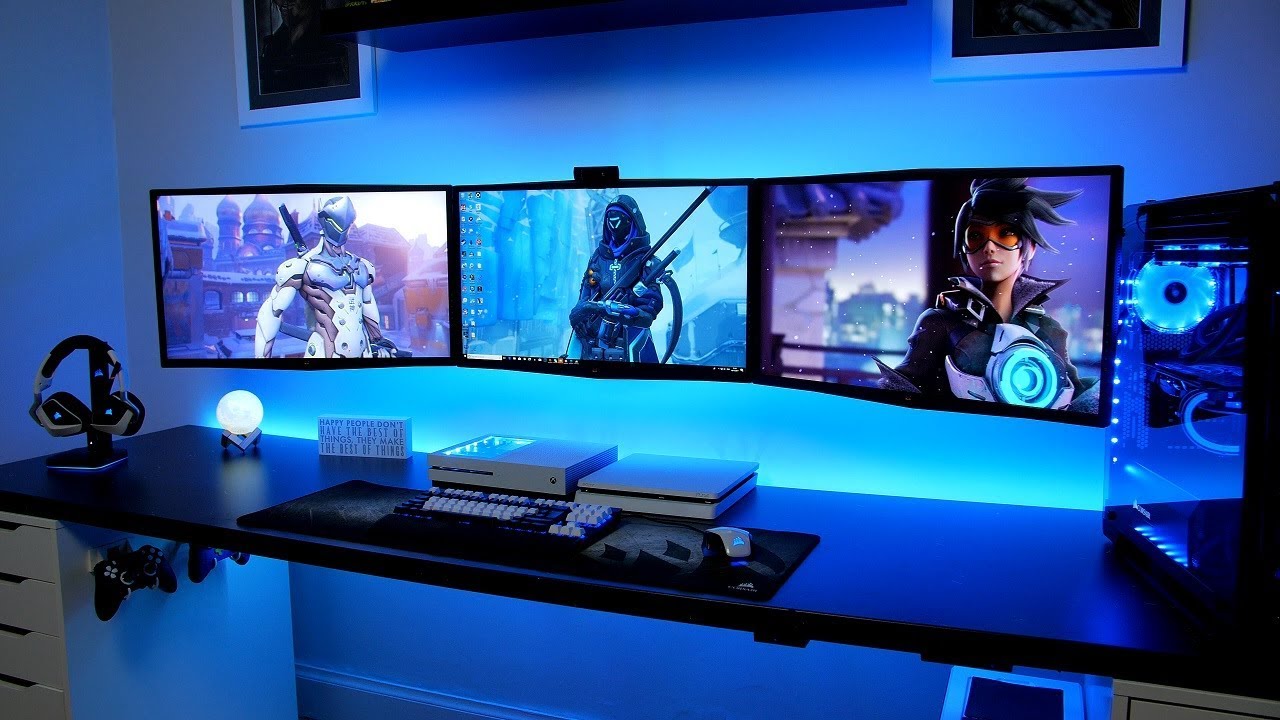 Let’s start by specifying what is the substantial difference between a Free to Play title and a free video game. The former are video games that are basically free, but have some in-game purchases (or microtransactions) that can be aesthetic, or can go to facilitate gameplay a lot. However, in this guide we will try to Avoid how to plague Pay-to-Win. Free video games, on the other hand, are titles that place the entire experience in front of the player, without proposing micropayments.

In this sub-paragraph, we are going to see what the best FPS (first person shooter) e TPS (third person shooter) Free to Play e gratis. Are you ready, therefore, to shoot at all the opponents who stand in front of you? 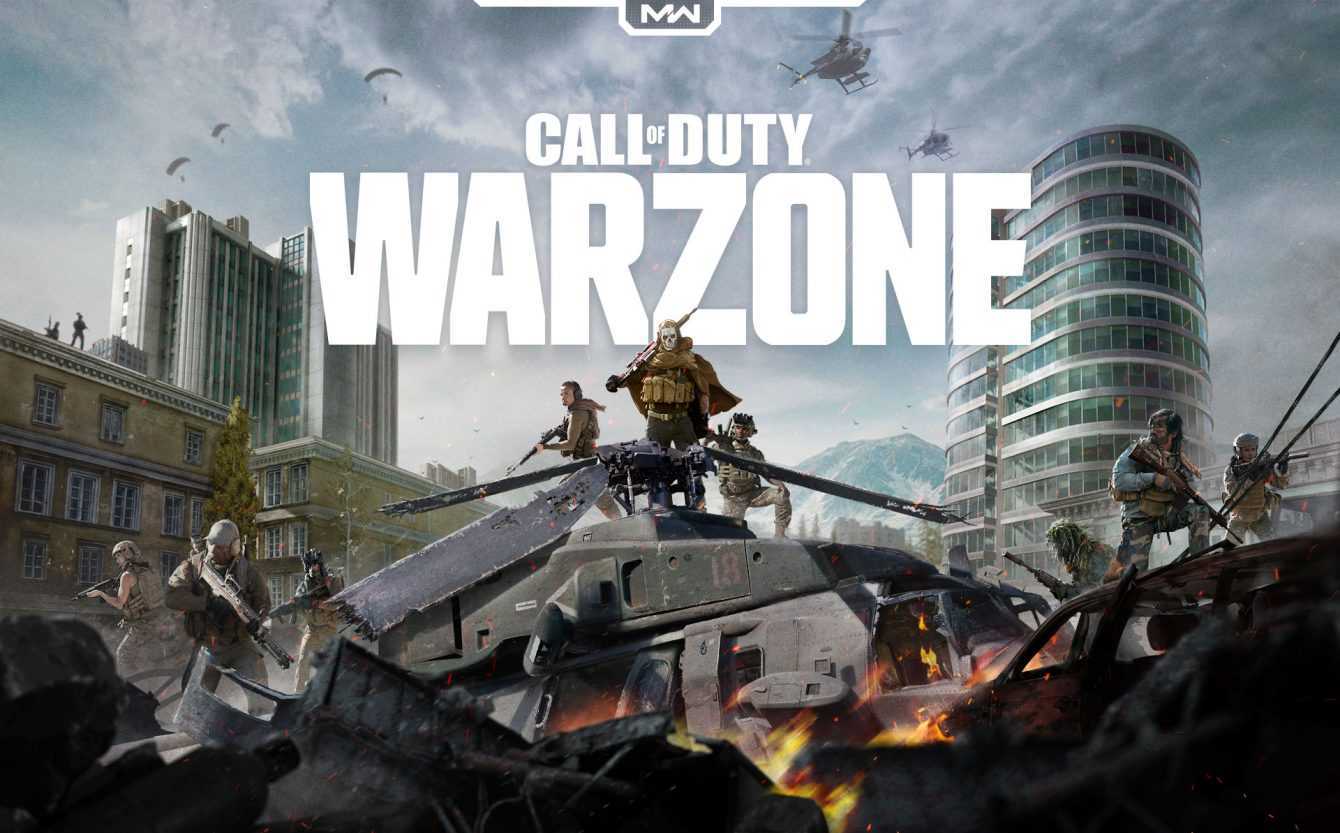 Call of Duty: Warzone – Best Free to Play and Free Games for PC

Call of Duty: Warzone follows in the footsteps of the famous Battle Royale, also offering the same mode in the world of Call of Duty: Modern Warfare. The title managed to add some nice news to a genre that, for some time now, was stable. On our site you can find several guides regarding the title of Activision, like the one containing some tips and tricks for winning matches! 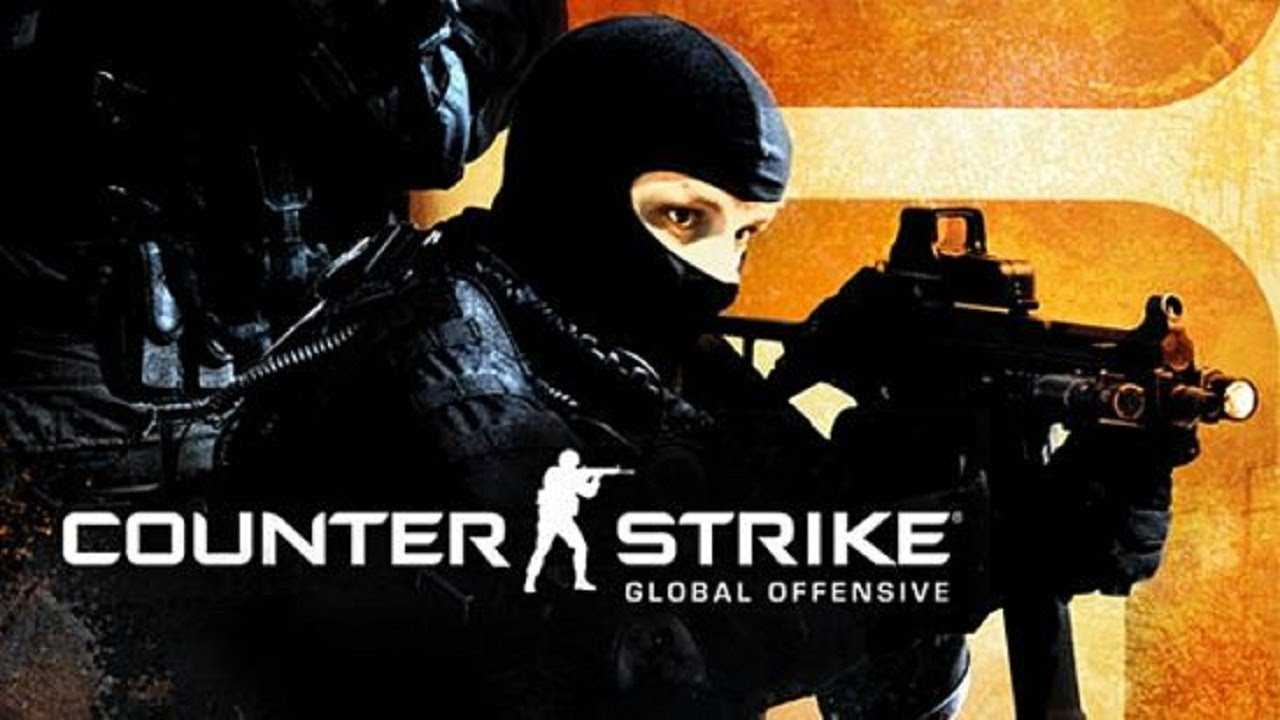 Counter-Strike: Global Offensive (or CS: GO) made the history of tactical shooters. Released in 2012, mum Valve has decided to make it completely free for a few months. Although it may seem complicated at first, the game is really exciting and it will be our ability to make a difference in all modes. Now that it’s Free to Play, therefore, you have no reason not to try it.

Valorant – Best Free to Play and Free Games for PC 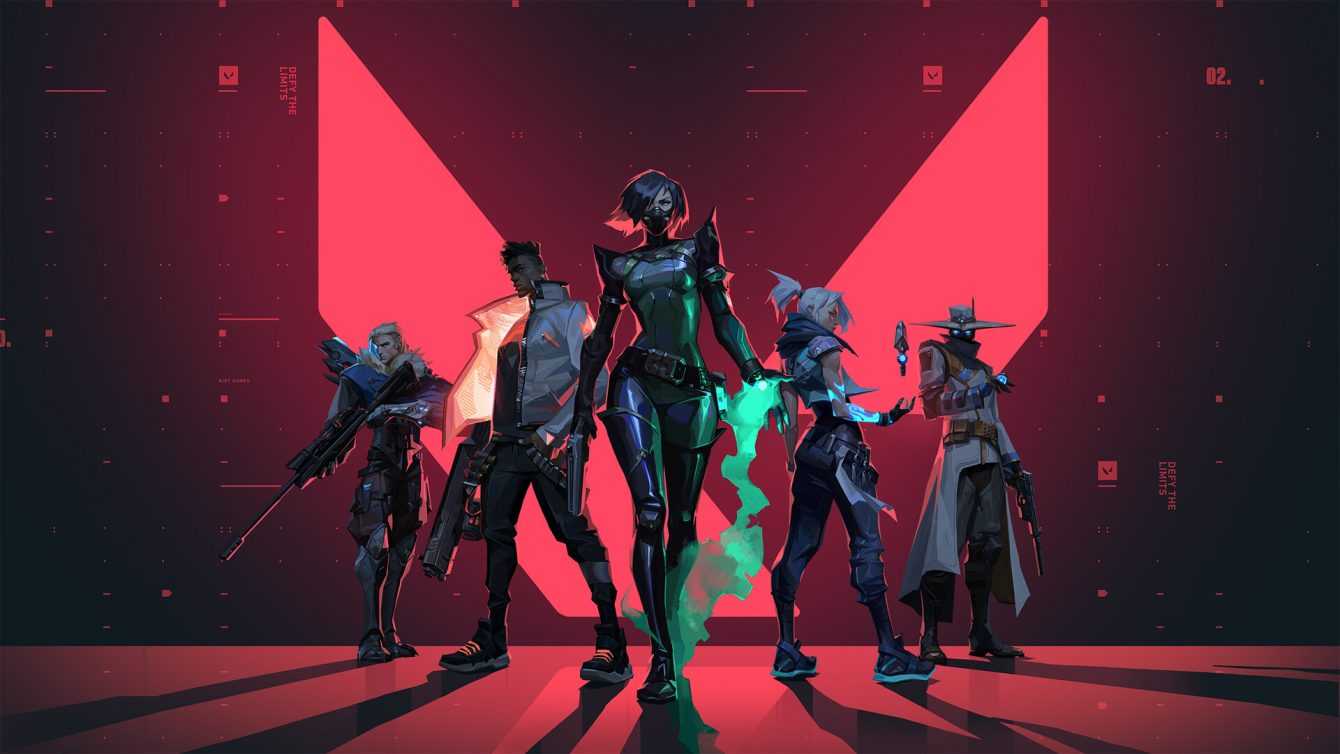 Valorant is the new title of Riot Games that takes its cue from CS: GO. While the style and movements may be reminiscent of Valve’s historic tactical FPS, Valorant introduces particular characters, each with their own special abilities and moves. In case you have already tried Counter-Strike, then, we urge you to give Riot’s new FPS a chance too!

Destiny 2 – Best Free to Play and Free Games for PC 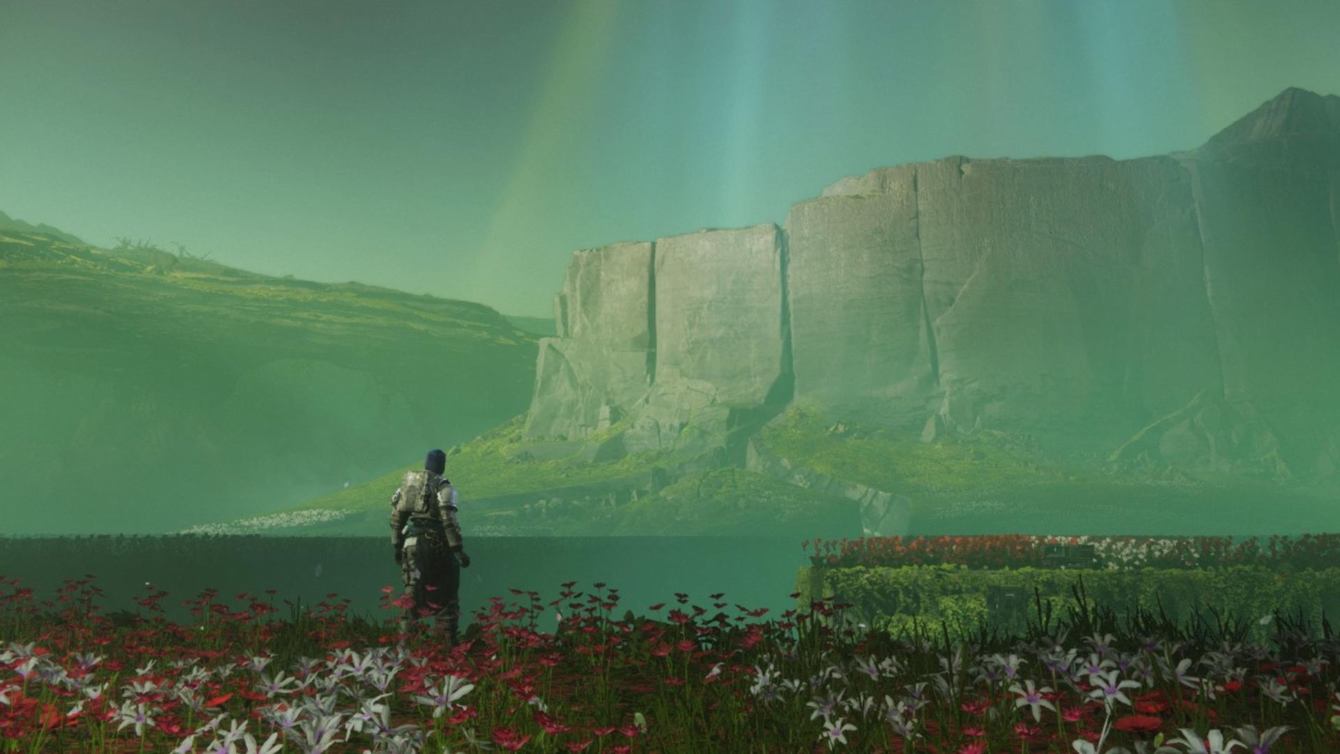 Destiny 2 is one of the most popular FPS in the world. From the first of October, Bungie has decided to overturn the economic nature of the title, making it a real Free to Play. The free version contains, in addition to the base game, also the expansions: The Curse of Osiris and The Warring Mind. This offer is really rich given that the last two DLCs are missing from the appeal: Forsaken and Shadows from the Deep, which can be purchased separately, in addition to the annual pass. 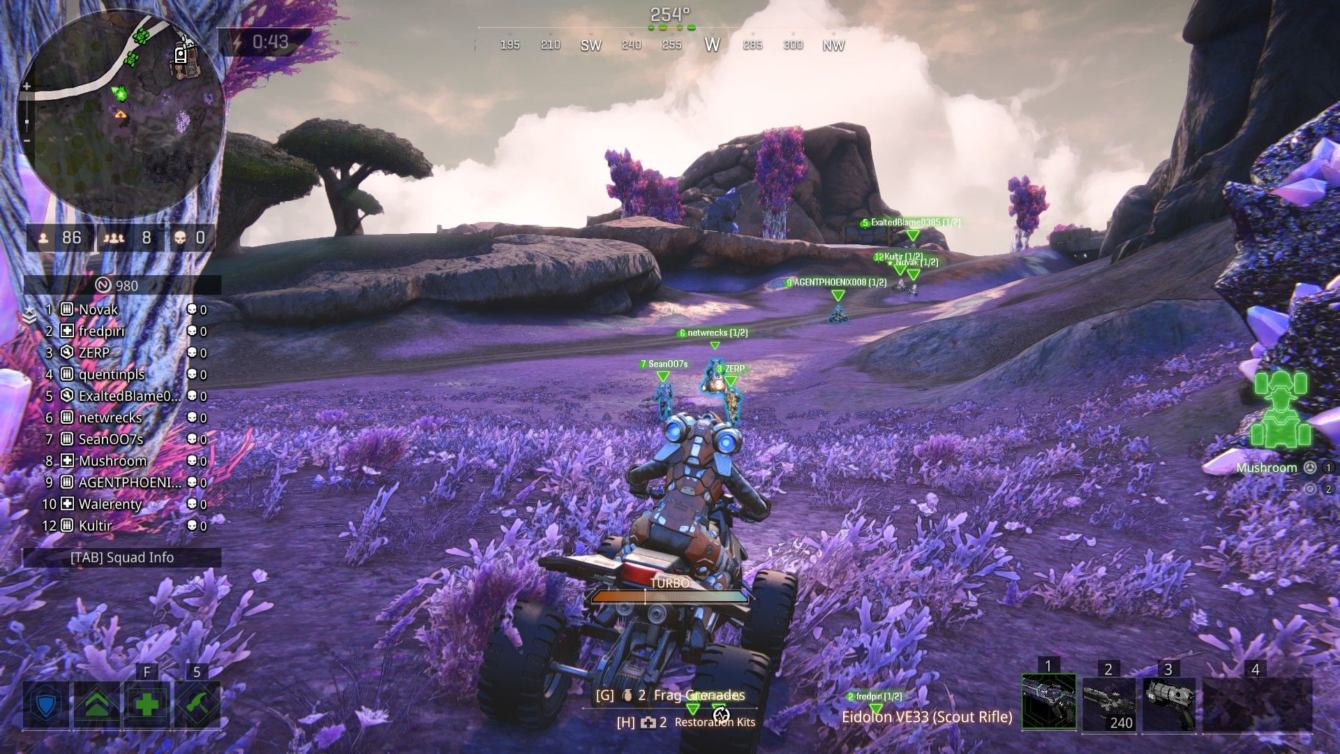 There is a word to describe PlanetSide 2: immense. Yes, this MMOFPS is literally one of a kind as it will transport you to a world where there is an endless war. We will be able to talk about the immense map divided into 4 continents, the different selectable classes, the vehicles and aircraft available, but we focus on one data in particular: up to 2000 players can be connected per continent, a truly unique feature that, combined with a Instant gameplay, makes PlanetSide 2 one of the best Free to Play games of all time. 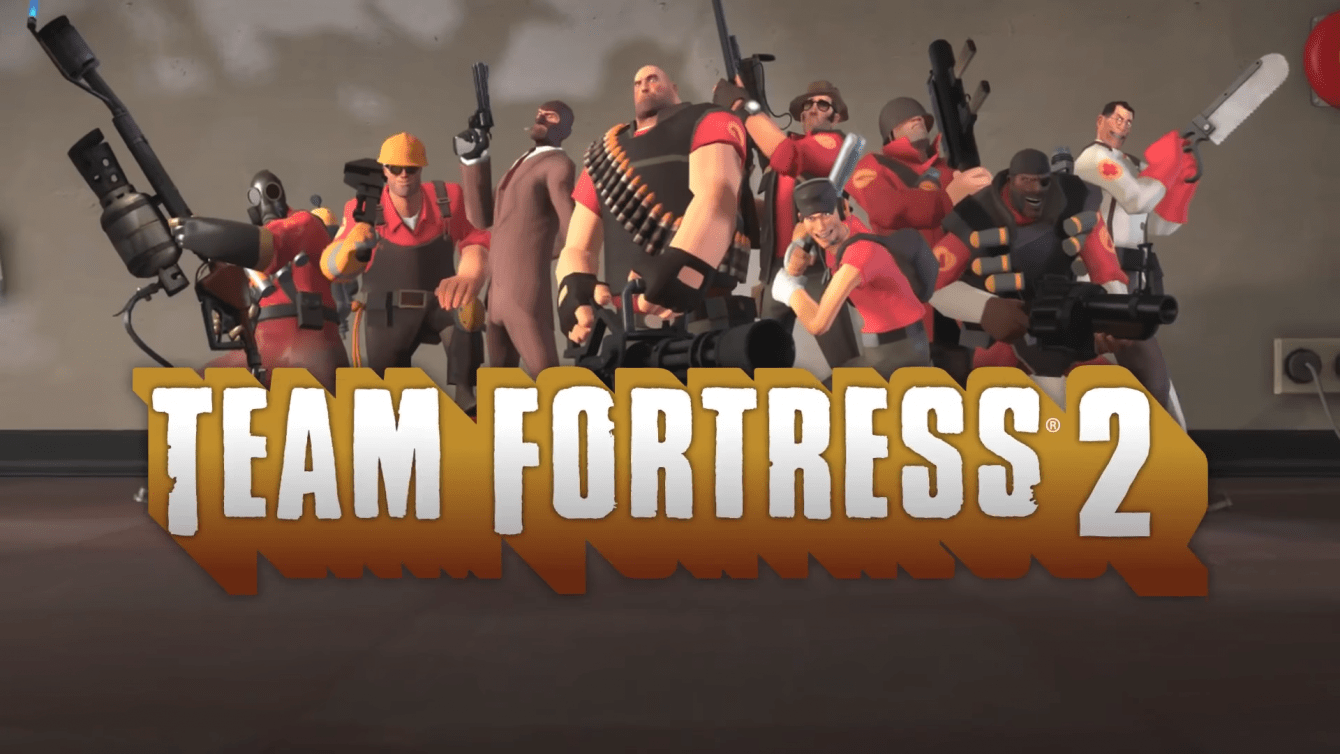 If you are looking for a title that you enjoy without any pretense, Team Fortress 2 is for you. If you are a PC player (or not) it is almost impossible that you do not know this title, especially for the various memes of the past years, but what is TF2? This is a first person shooter where you can choose from 9 classes. What made the title famous is, for sure, the wide range of modes available and the support for mods that allow the most creative to carry out very special challenges. Despite the years on the rump (12!) The title is often updated with new content.

Fortnite – Best Free to Play and Free Games for PC 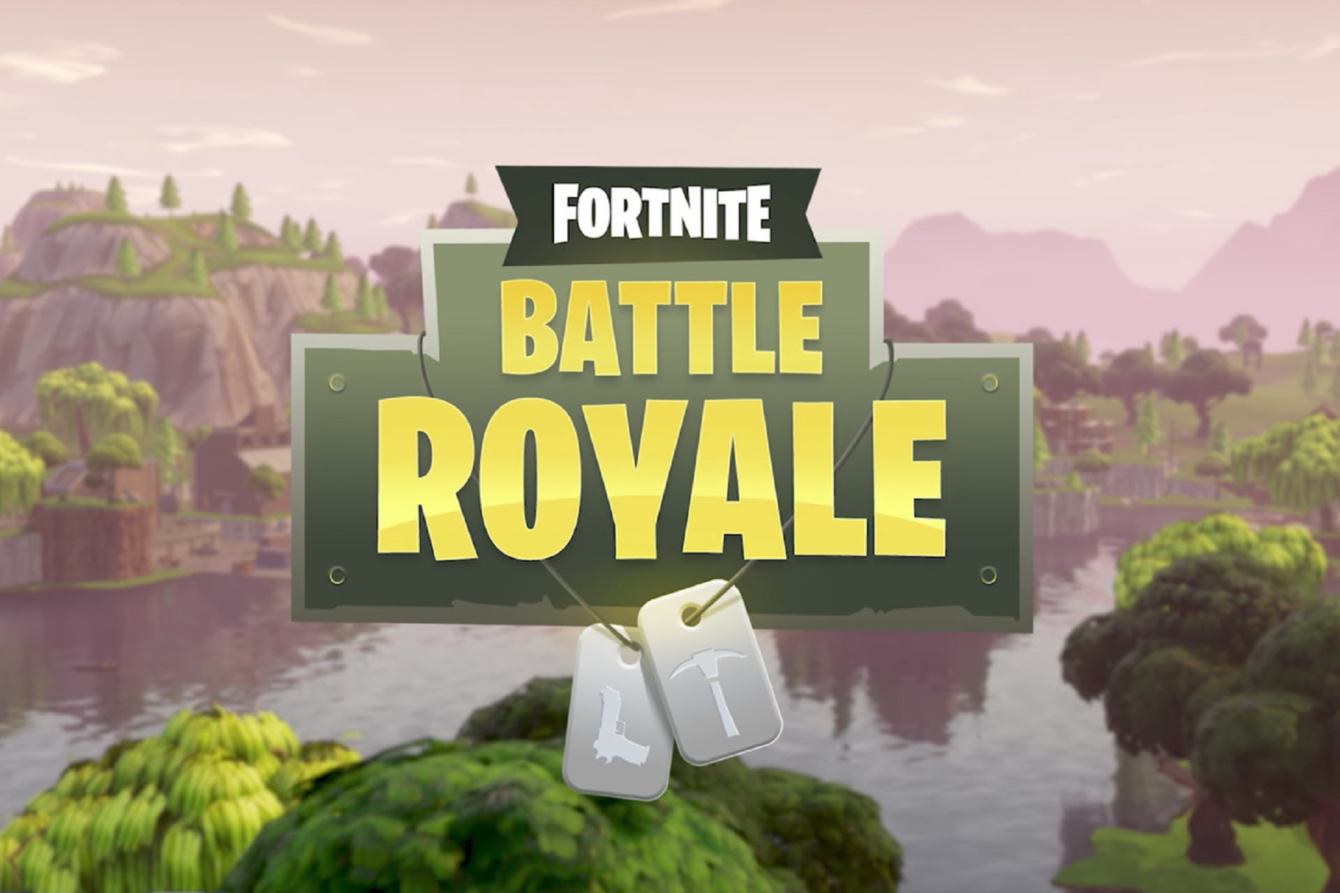 Could Fortnite be missing in this guide? Certainly not! Even if I don’t think it needs to explain what it is, Fortnite: Royal Battle is the hottest title of the moment. With mind-boggling numbers, the Epic Games game has made the Battle Royale genre within everyone’s reach. In summary, it is a TPS in which to win you must be the last survivor out of 100 players. The peculiarity of the title lies in the possibility of building various types of objects, such as: walls, stairs and roofs. Fortnite: Battaglia Reale is constantly updated and, as well as solo, you can play with one or three friends. In addition, each week there will be different challenges to complete, which will allow you to unlock aesthetic contents such as the famous ballets! 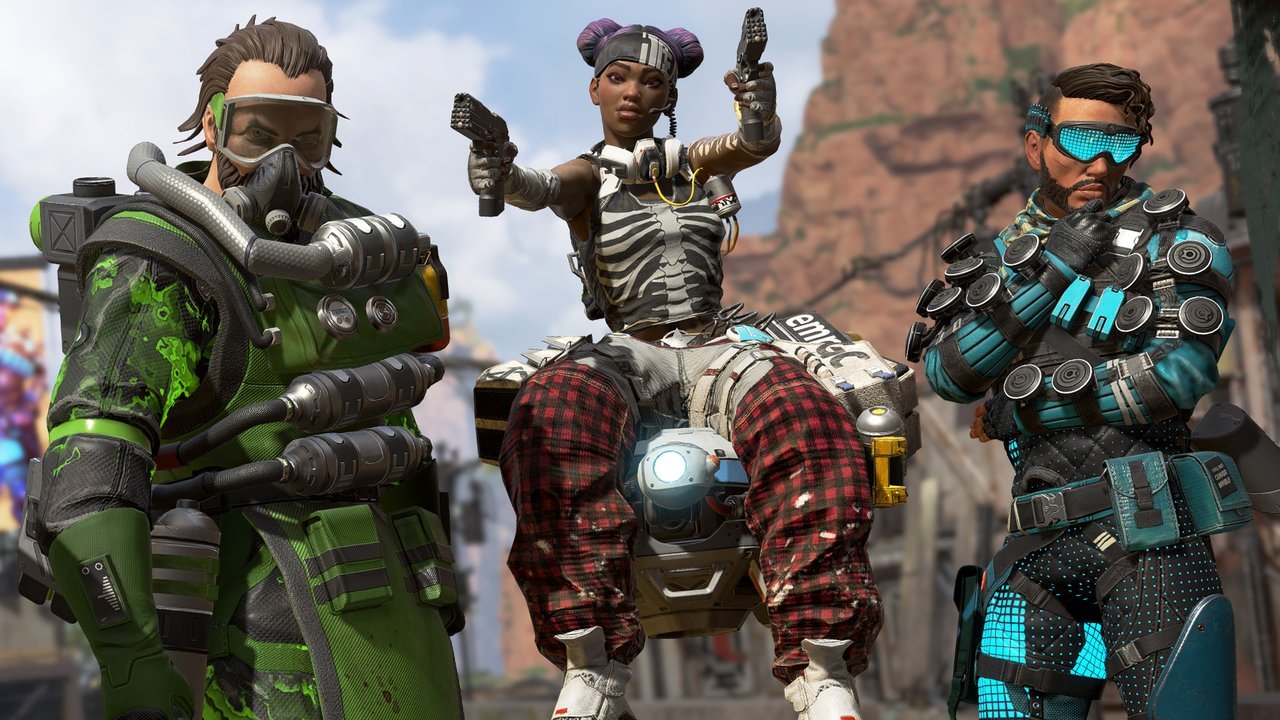 Developed by Respawn Entertainment, Apex Legends is a first-person Battle Royale. The FPS offers several “Legends” that you can choose before starting the game, which have a key feature, in addition to various peculiarities. If you are looking for a first-person, adrenaline-fueled Battle Royale, the choice can only fall on Apex Legends, in which you can also play with your fellow shooters.

Paladins – Best Free to Play and Free Games for PC

Paladins is (in summary) an Overwatch Free to Play. Actually this title came out in Closed Beta well before the Blizzard shooter, but what is it? In Paladins you will have to choose between different “paladins”, and then take sides in colorful 5v5 battles. Each character will have its usefulness and, if the team is heavily unbalanced, the chances of victory are drastically reduced. In fact, the backbone of the title is team play. The game also offers typical MOBA features, a genre that we will analyze later in the guide. 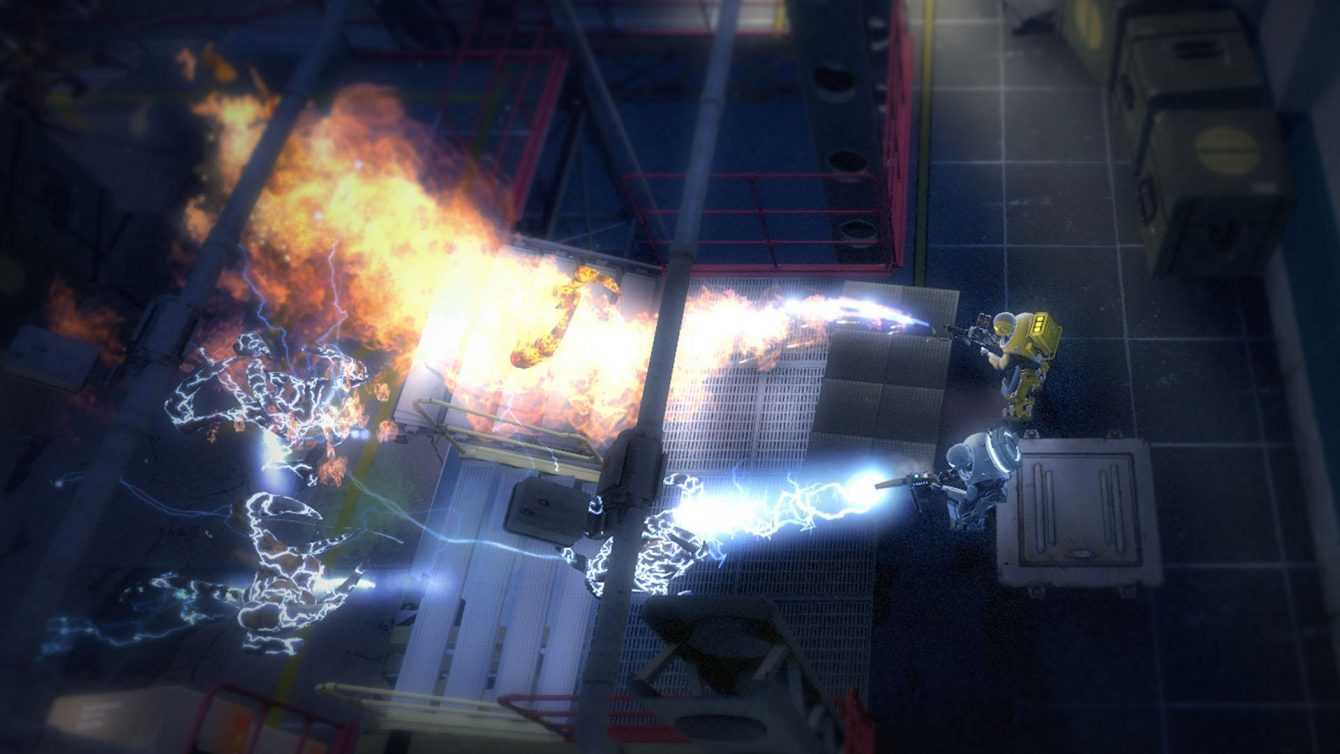 Alien Swarm is an excellent multiplayer shooter proposed by Valve, completely free. The title offers very clean graphics, with an overhead view. Here, you and 3 other companions, will have to choose between 4 different classes and 8 characters in order to create a perfect team that will be able to exterminate waves of furious aliens, in increasingly difficult levels. 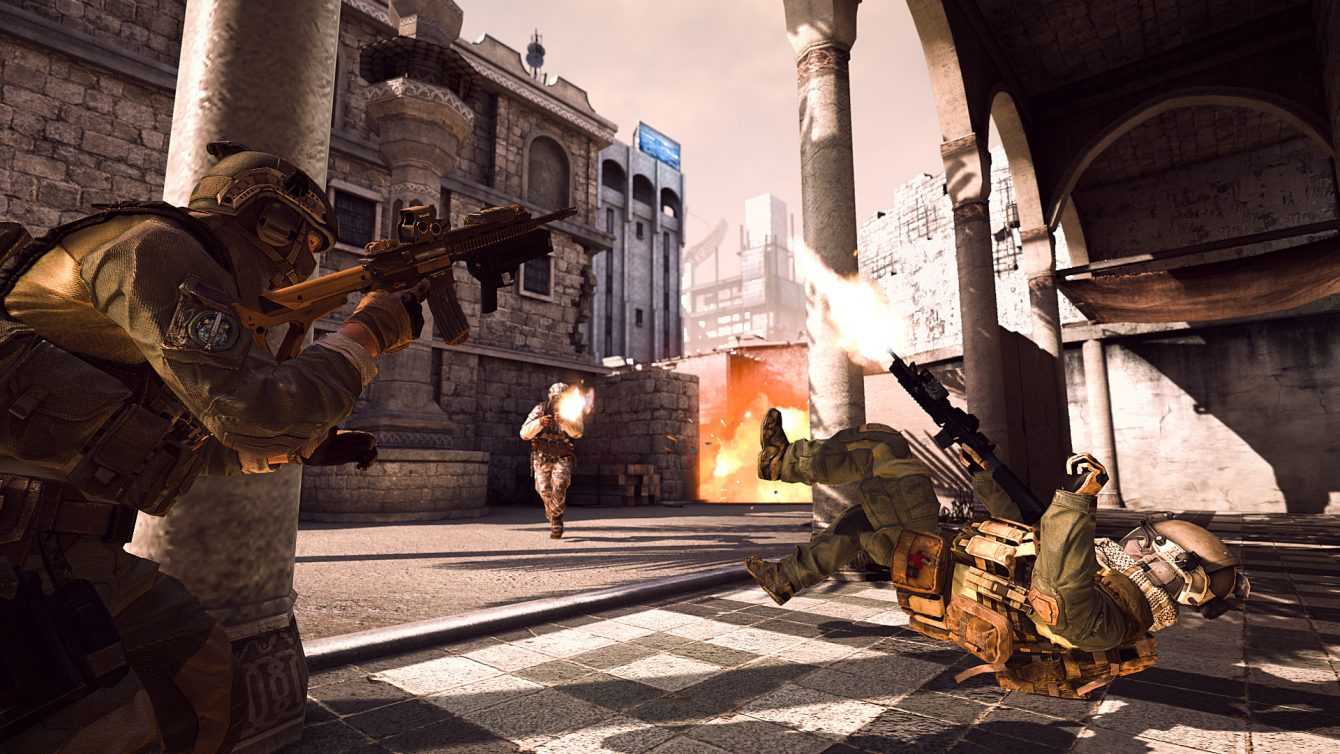 Black Squad is a tactical shooter, with first person view, clearly inspired by “Counter Strikeana”. The shooter, however, has several differences compared to the sacred monster of Mom Valve, such as: the shooting mode and the general gameplay more within everyone’s reach. The title also has in-game purchases, but only aesthetic ones. This certainly allows you not to compete with the famous shopponi, using only their skills.

I MOBA (Multiplayer Online Battle Arena) are titles that have, for better or worse, the same foundations. There are two teams made up of different players, who will have to destroy the opposite base. There is usually a growth system that will enhance the characters. In these games you have to have an iron strategic spirit, but let’s see which are the best free proposals. 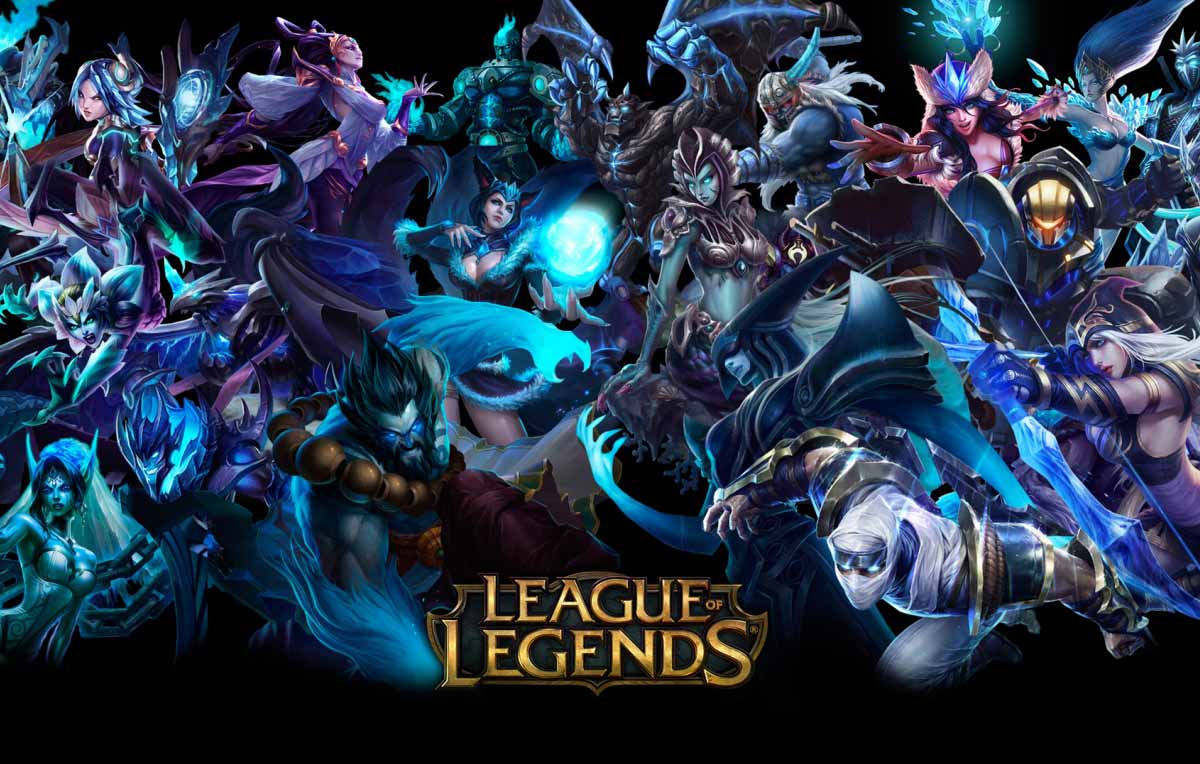 League of Legends is the title that made the MOBA genre (more than others) famous. Inspired by the original Dota, the game features 5v5 multiplayer games, with a wide range of characters that is constantly increasing. The Riot Games MOBA registers more than 100 million players per month, offering competitions that reach one of the highest levels ever, which has also become an eSport. If you are drawn to this type of games and love tactics, League of Legends is for you.

DOTA 2 – Best Free to Play and Free Games for PC 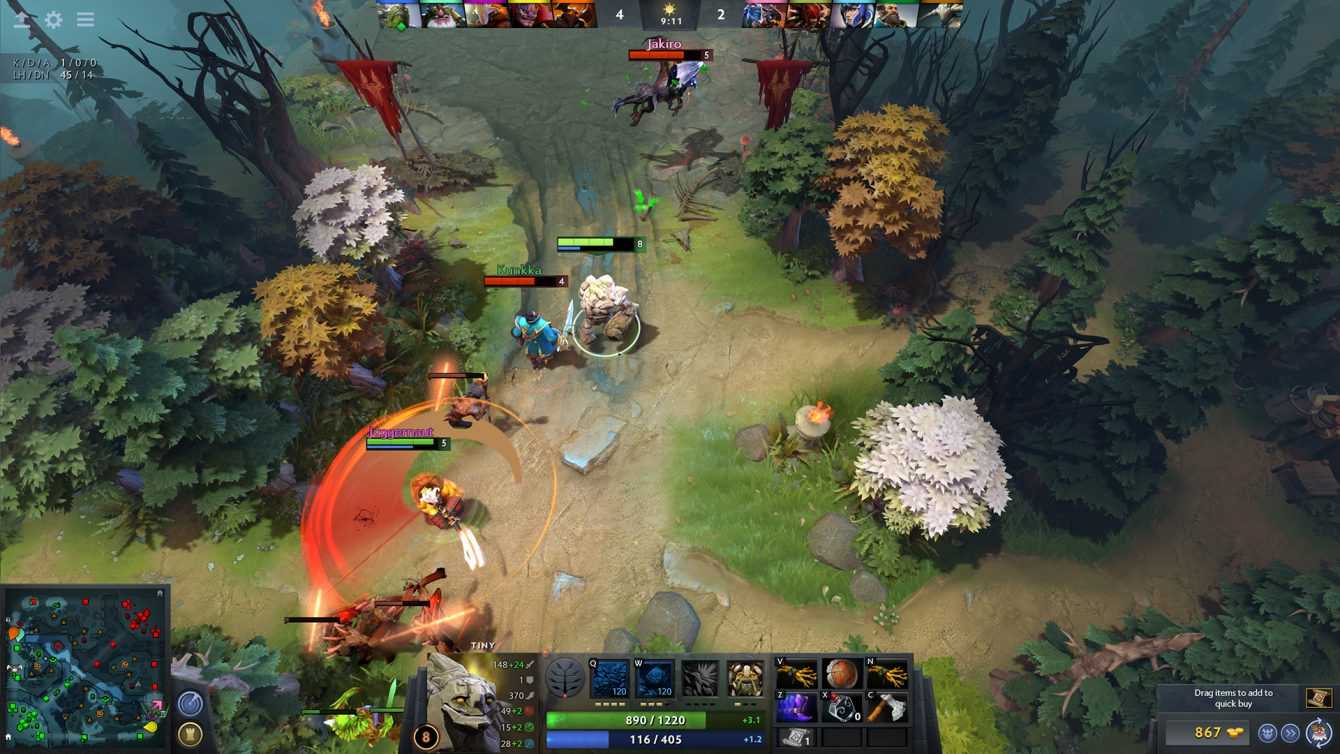 DOTA 2 is one of the most popular MOBAs in the world, as well as one of the most played Free to Play games on Steam. As usual (for this genre), two teams of 5 players face off to destroy the opposite base. Like League, each team will spawn “minions” that will attack opponents and each team will be protected by some towers that will shoot on sight. DOTA 2 also has a crazy following, both in terms of players and fans, who cheer for Pro-Players in eSports competitions. 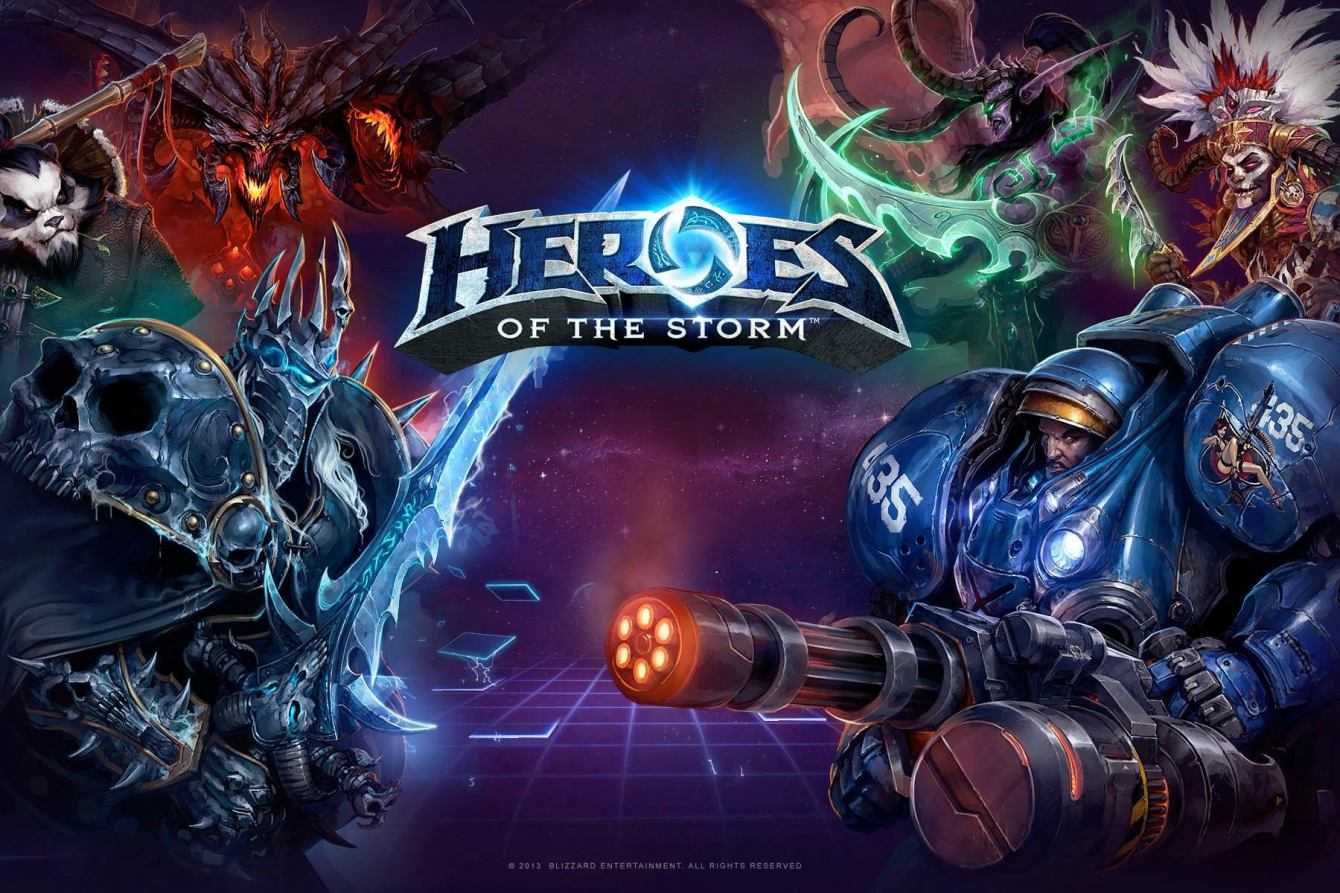 Heroes of the Storm is Blizzard Entertainment’s MOBA proposition. Although it may seem like yet another clone of DOTA, the title offers several secondary challenges, in addition to the primary objective present in each game. Another peculiarity is the presence of characters and maps taken from other Blizzard titles, such as: Warcraft and Overwatch. Heroes of the Storm offers a simpler and more immediate experience so if you are looking for a MOBA of this mold, it will thrill you.

SMITE – Best Free to Play and Free Games for PC 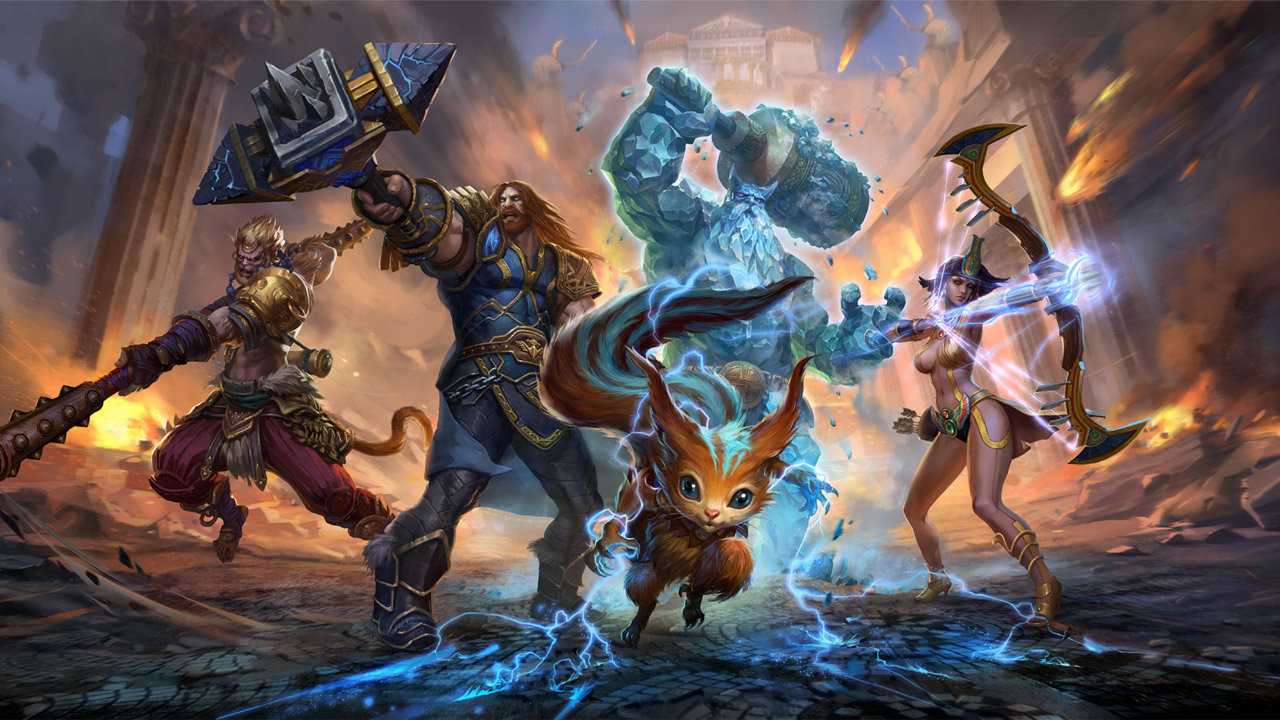 We continue with the MOBAs, but this time in a particular sauce. SMITE, in fact, shares the same principle as the aforementioned titles, offering third-person gameplay. In fact, the view will not be a “bird’s eye view”, but behind our character. Speaking of characters, the latter will be real deities belonging to different types of religion, a very particular choice, as well as apt. 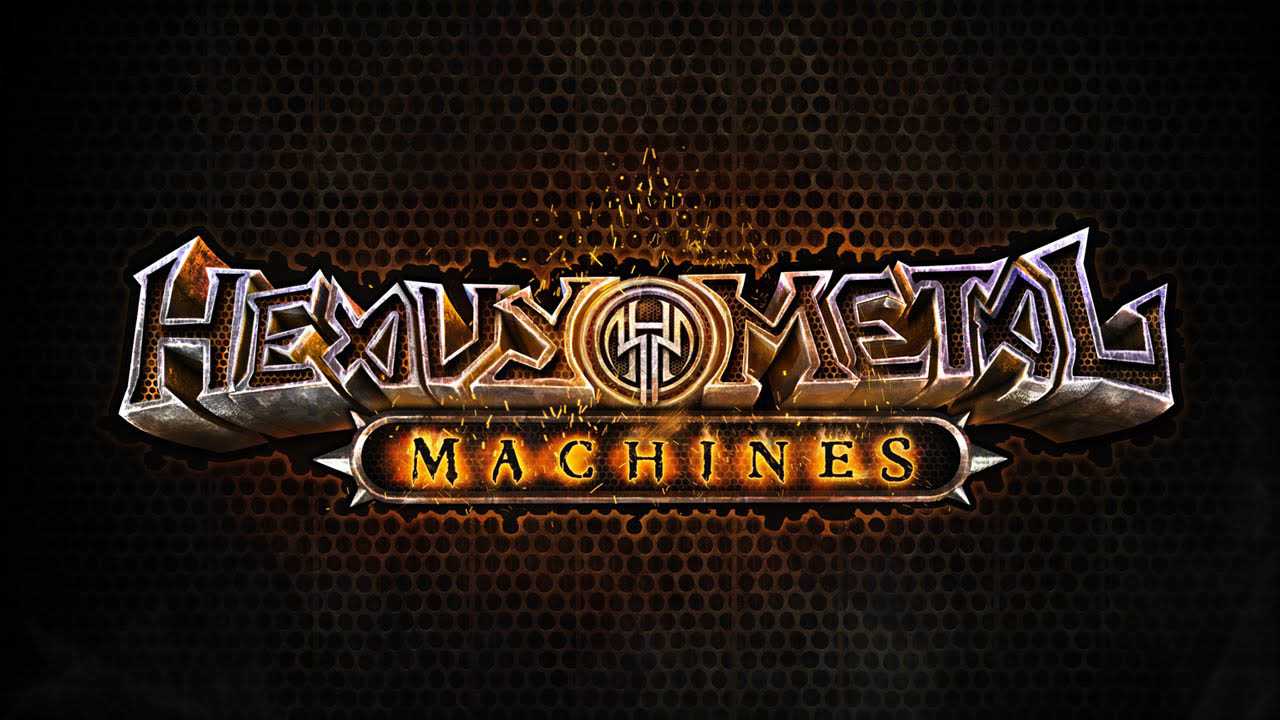 Heavy Metal Machines reformulates the MOBA concept, putting cars at the forefront. Yes, in this MOBA there will be no colored characters or gods, but four-wheeled racing cars. In the games we can be accompanied by 3 friends, thus forming 4v4 in which the purpose will be to catch a bomb and throw it into the target, dodging the enemies that will try to make us explode. While you don’t like the genre, this title might be the exception as it will be hectic from the start and… there are cars!