We are back in the good old studio of Masahiro Sakurai: we tell you everything about Sephiroth, the new rookie of Super Smash Bros. Ultimate

The bomb of the last Game Awards, that is Sephiroth from Final Fantasy VII, thanks to Masahiro Sakurai finally dropped all veils on her debut in Super Smash Bros. Ultimate. As always, however, the goodies were not lacking, also and above all among the costumes for the Mii Warriors as additional DLCs. There is a lot to talk about, however, so without going further, let’s summarize all the notions that the game designer has given us over these 35 minutes. One thing is certain: no one would have expected such a face of evil from the PlayStation era to come into Nintendo’s gaming celebration.

First, Sephiroth’s entry into Super Smash Bros. Ultimate marked Masahiro Sakurai’s return to his office ever. For the first time, however, the game designer made his debut with costumes for My Warriors. From the previous Smash the hood of Chocobo and the costume of Geno from Super Mario RPG. Each class of Mii Warriors, on the other hand, gets a different Final Fantasy VII party member: Tifa for Mii Fighters, Barret for Mii Fusiliers e Aerith for Mii Swordsmen. You can see the costumes separately below.

Beyond the explanation of Masahiro Sakurai on Final Fantasy VII in its entirety, we move on to the Sephiroth moves sector in Super Smash Bros. Ultimate. The reach of his sword, the Masamune, it’s long – really long. To balance this huge advantage, the weight of the character is reduced and his height makes it very easy to hit. In addition to the black robes (for FFVII’s sake), the character also boasts two alternate shirtless costumes taken from the final showdown of the original game. Sephiroth’s gimmick, the black wing, is activated with increasing damage, directly proportional to the lives left. This increases his speed and the number of jumps in mid-air.

Sephiroth can hit his opponents in a very different and varied way. The slashes are stronger in the center of the sword, while the thrust is more effective at the tip. In general, all attacks (as we have already mentioned) boast a considerable range, and in the case of Smash attacks even one supercorazza. In addition, the character can skewer any vertical wall with a lunge, “Hanging” enough to demolish any semblance of timing opponents can boast. The dive attack, needless to say, is Gate of Hell, source of the most well-known twist in videogame history. Finally, Sephiroth’s holds have a short range.

Sephiroth’s standard special attack in Super Smash Bros. Ultimate is the spell Merger. This attack can be charged, thus introducing the layered spells seen in the Final Fantasy series into the game. Based on the charge level, we can get Fusion, Megafusion and Gigafusion. Despite the possibility of maintaining the charge with the shield with the special moves of other characters, in the case of Sephiroth the back keys are completely useless. Furthermore, performing Gigafusion in mid-air is almost impossible. 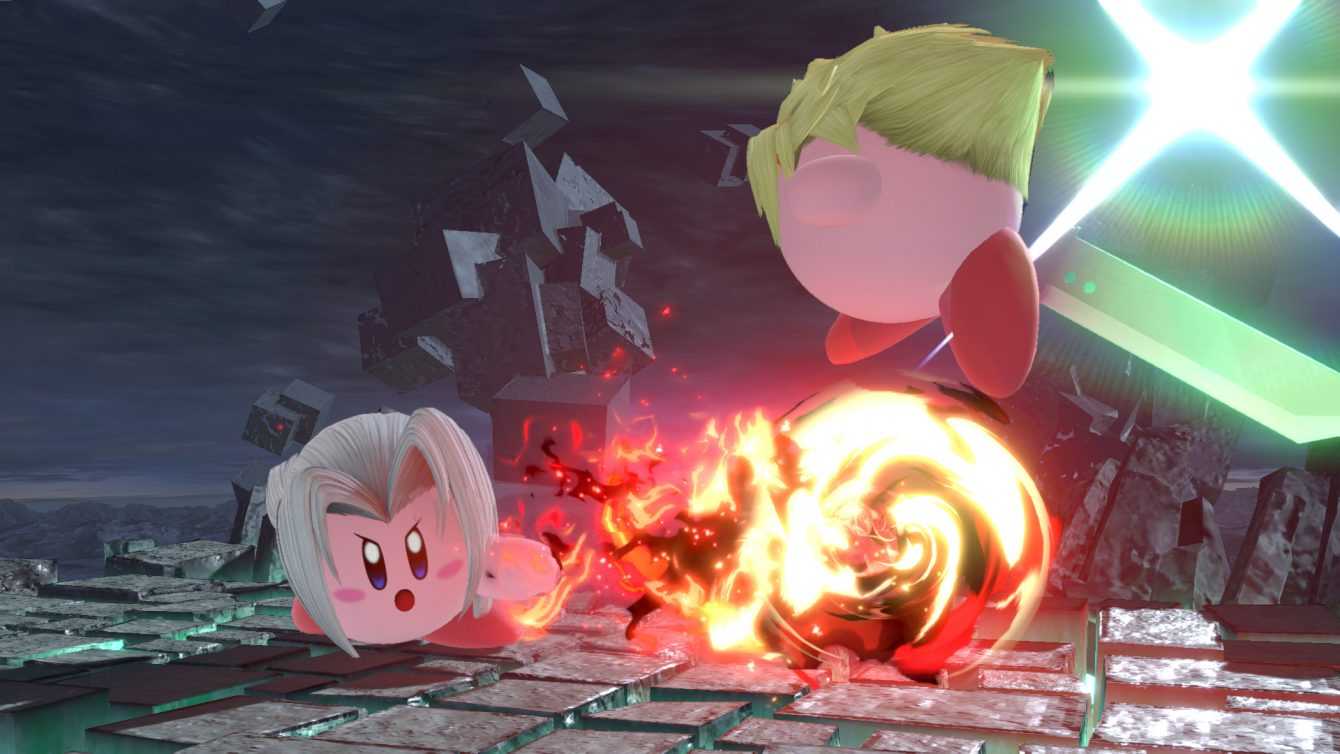 Sephiroth’s side special move is Shadow Glow. It is a bullet that can be charged, and sticks to opponents. Other players can be surrounded by dark flames if hit by the attack, taking damage later. Not only can the attack charge up, but its effects can be cumulative after multiple hits in quick succession. The moves that allow this, however, can be used to absorb and reflect the attack.

Sephiroth’s special recovery move is the Lightning Strike, which can be directed in an admittedly similar way to another Super Smash Bros: Ultimate move: Fox’s Fire Fox. Using it on the ground and charging it, the attack results in the iconic Ottacolpo of the SOLDIER champion. Finally, the special attack down is Spark. It is a counterattack capable of inflicting damage even without taking any offensive, which however does not reflect the bullets and can do nothing against attacks from behind.

Unsurprisingly, Sephiroth’s Final Smash ultimately turned out to be the most iconic attack of its final Safer Sephiroth form. Following a quick slash (with a fairly normal range, we would add), it is unleashed Supernova. However, the trailer had omitted the rest of the attack, which reduces an animated sequence that originally lasted two full minutes to a few seconds. The explosion of the solar system will take a few moments to complete, inflicting various changes of state following the attack. One above all, the deadly risk of finding himself with the inverted commands.

The trailer we mentioned also showed a different Final Smash for Cloud. Using the costume inspired by Final Fantasy VII: Advent Children, in fact, the character will enjoy an aesthetic effect for the Omni shot, now renamed “Version 5“. In a nutshell, the modular sword seen in Advent Children will divide and then be rebuilt in the arc of the attack. Given the need to maintain a certain balance in the metagame, beyond the external appearance practically nothing will change.

Sephiroth brings his “home” with him to Super Smash Bros. Ultimate: the final dungeon of Final Fantasy VII, the North cave (or “Northern Crater” in the original language). It is about only three platforms, made suggestive by the changing background. The arena will accompany us to the center of the volcano, gradually taking us to the planetary core in its incarnation from Dissidia Final Fantasy for PSP. Once out of the crater, we will see the clash between the Sancta and Meteora spells that marked the end of the original game, between a passage of the Highwind airship and the other. 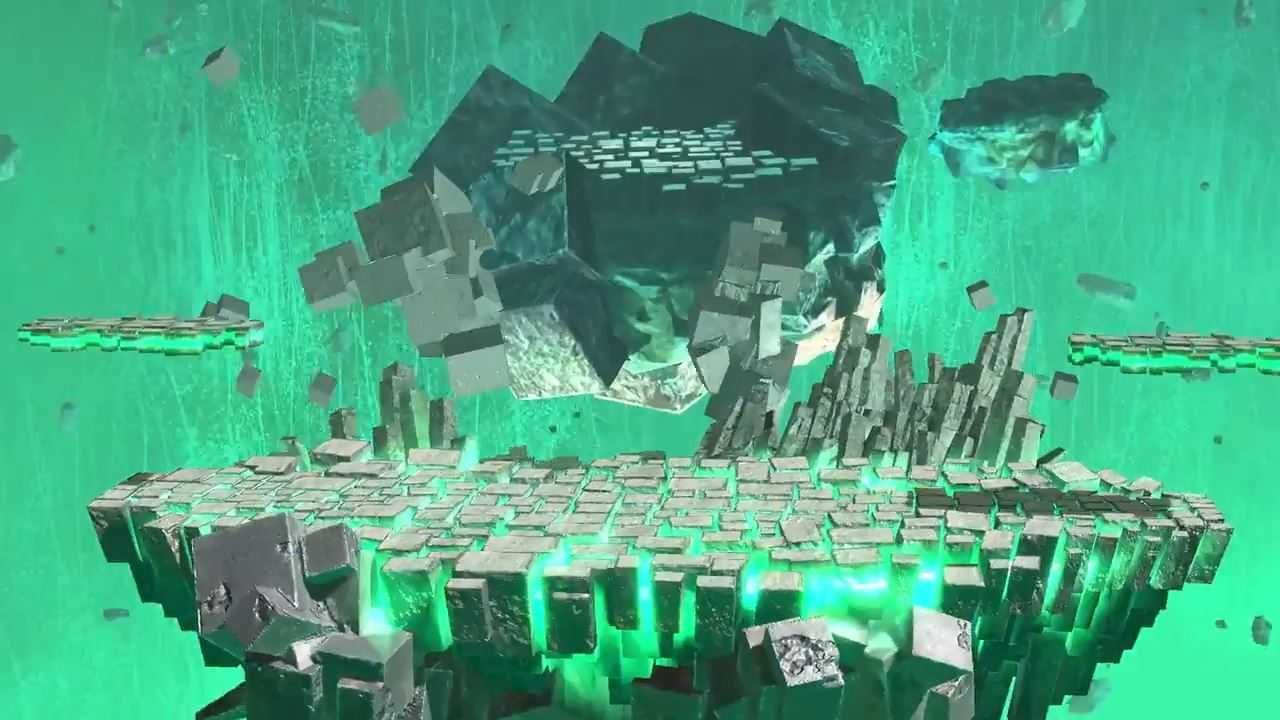 When Sakurai showed Sephiroth in combat, he did so by opting for the Classic mode. An iconic villain deserves a direct confrontation with the other bosses: in his case, the game’s arcade climb consists of a real boss rush, which eventually results in a confrontation with Master Hand and Crazy Hand. As for the music selection, the director has drawn attention to the (meager) situation of the songs from Final Fantasy VII. The DLC brings with it nine new songs, of which quattro I’m unpublished rearrangements. We talk about the Aerith theme, the main theme of FFVII, Cosmo Canyon and finally the song that accompanied the introduction of the original game. 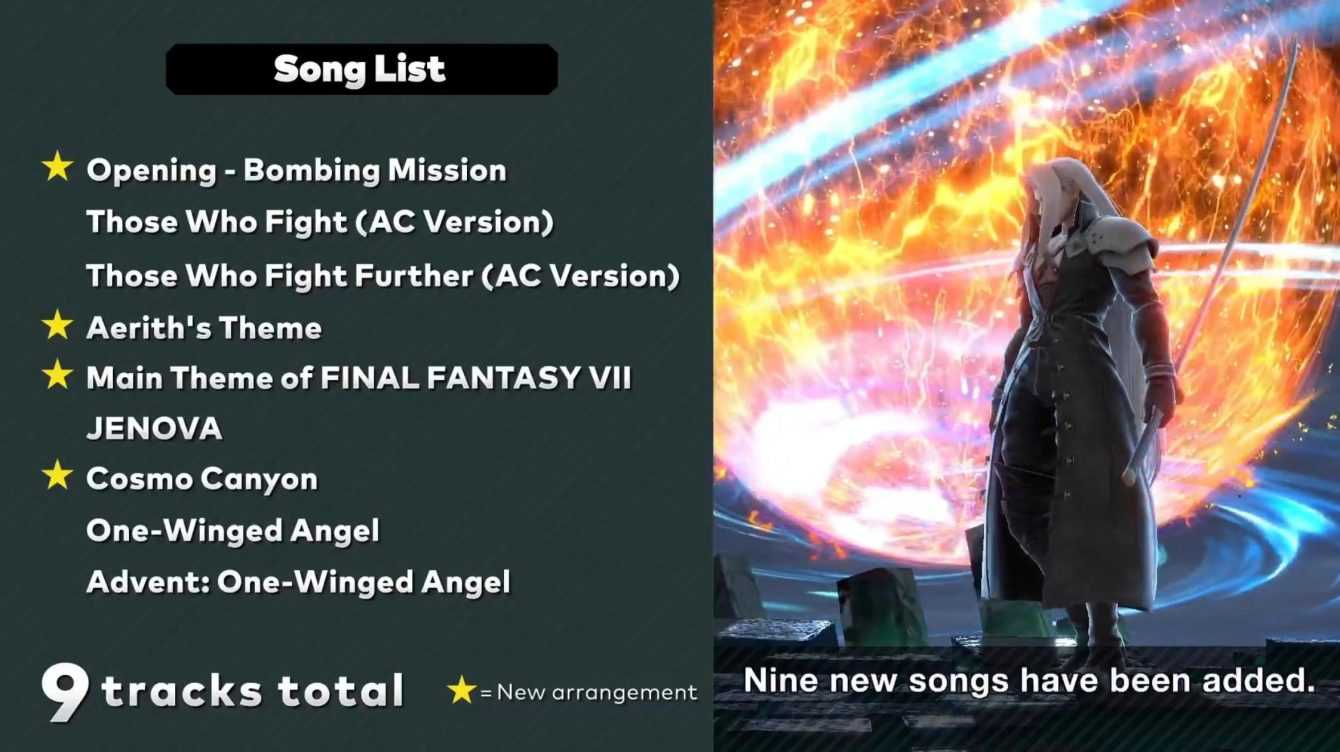 Sephiroth’s arrival in Super Smash Bros. Ultimate is scheduled for December 23, but not everyone may be willing to wait. The game designer dedicated the limited-time event to them Sephiroth Challenge, which starts today and will end when the character is released. Defeating Sephiroth in this arduous challenge will make it possible for anyone who bought him to do so. Finally, Sakurai showed us the character’s victory screen: as predicted by many, it is the iconic disappearance in the flames. 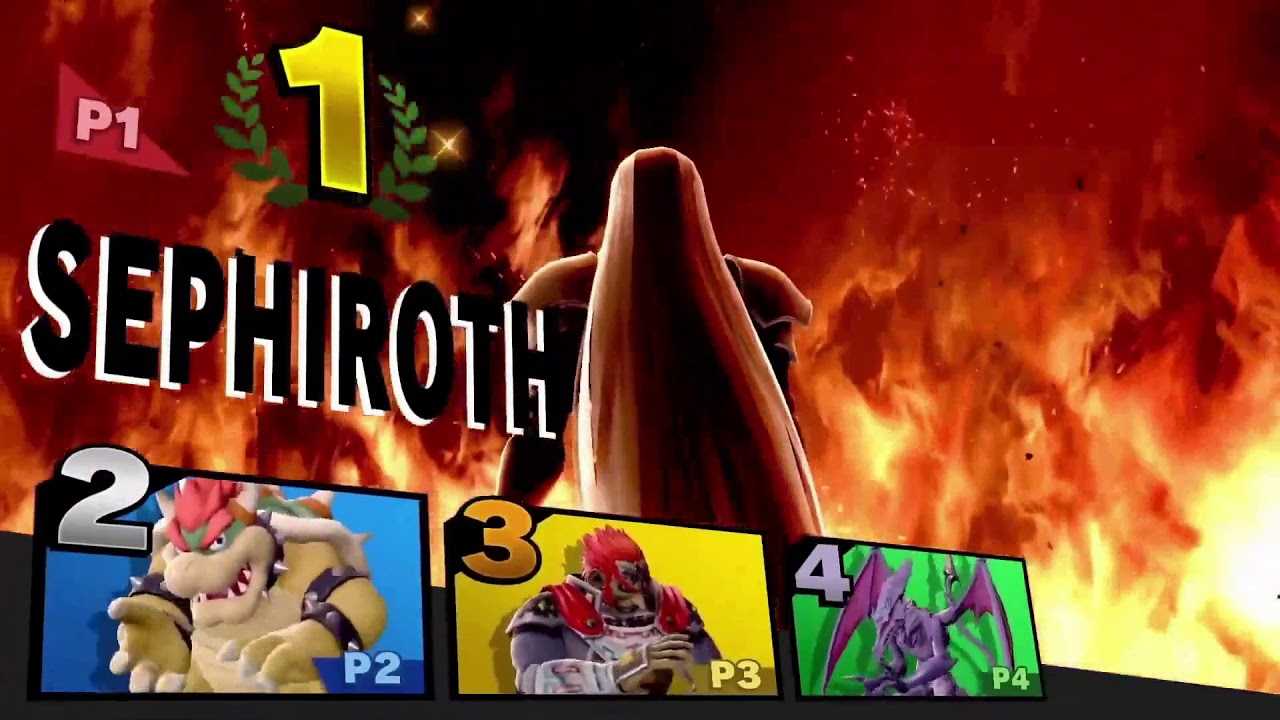 Now it’s up to you to tell us yours: what do you think of Sephiroth? Let us know below, and as always do not forget to stay on TechGameWorld.com for all the most important news on the videogame sphere.