Now TV is an on-demand and live streaming service owned by Sky that made its debut in Italy in 2014 under the name of Sky Online, then renewed at European level with the name of Now TV in 2016. Below, we have selected for you the best movies to watch on Now TV!

Before starting it is right to point out that the numbering of best movies to watch on Now TV it’s random, so it’s not a ranking. All the films on the list are valid and differentiated by genre, in this way each viewer will be able to search for the film to see based on personal tastes. However, the advice is to give each title a chance described and not to be influenced too much by hasty evaluations, you will see that you will be satisfied!

Let’s find out together what are the best movies to watch on Now TV. The platform allows you to range between different genres, through highly successful films, without renouncing the most exciting cult, offering always new titles. In the month that has just begun, there will be so much to see in front of our screens, whether they are computers or smartphones!

We invite you to report us through the comments which are in your opinion the best films on Now TV and why they hit you.

Martin Eden is a new film version of Jack London’s novel of the same name, published in 1909. The protagonist is the young sailor of humble origins Martin Eden, who saves Arturo, a young scion of the industrial bourgeoisie, from an attack. To thank him, Arturo invites him to his family home where Martin Eden will meet and fall in love with his sister Elena. The cultured and refined young woman will become a love obsession and the symbol of the social status that Martin aspires to rise to. Martin will pursue the dream of becoming a writer, at the cost of sacrifices and hardships facing the limits of their humble origin.

History of training and conflicts that result in growth and the will to change course of one’s life. For his interpretation the protagonist Luca Marinelli received the Coppa Volpi at the Venice Film Festival 2019. A film from the past.

14 – Dredd The Judge of the Apocalypse | Best Now TV Movies

Dredd – Judge of the Apocalypse is a 2012 film directed by Pete Travis, starring Karl Urban and Lena Headey.

In Mega City, an American metropolis of the future subjugated by chaos and crime, order and law are the prerogative of the judges, inquisitors and executioners. Dredd, is the chief judge committed to thwarting “Slo-Mo”, a drug that literally moves reality at a fraction of its normal speed, held in the hand by a drug lady Ma-Ma and her ruthless clan. The mission is dangerous, but the judge knows no obstacles.

This 2012 film is a great sequel reboot to the classic. It does justice to its predecessor by giving a modern edge to the dystopian future. Not to be missed. 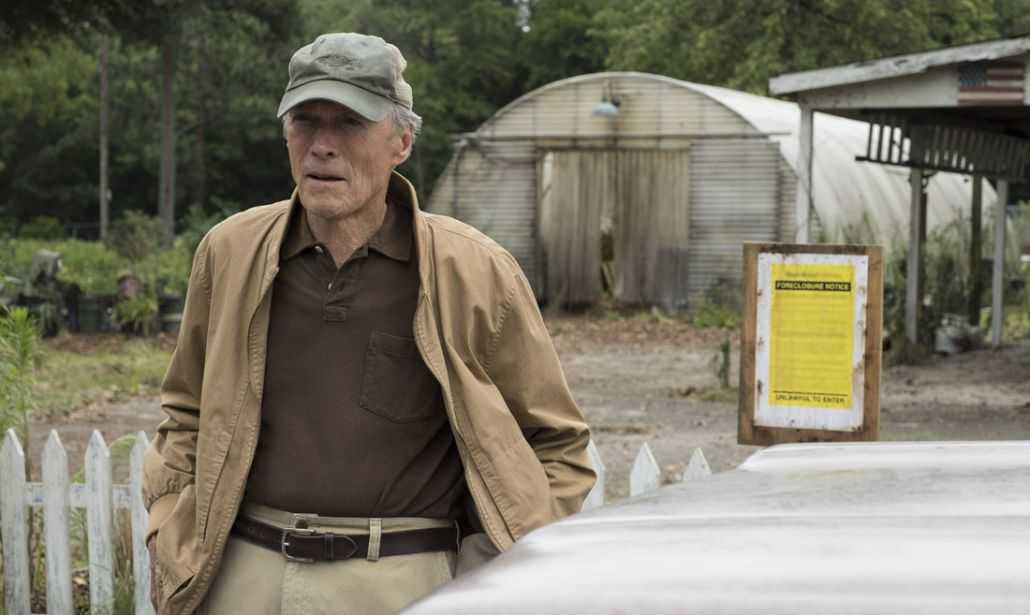 Earl Stone is a floriculturist from Illinois who, after a life of sacrifice, finds himself caught up in the economic crisis. Earl also loses his house and the only asset he has left is the pickup truck with which he reached 41 out of 50 states without ever getting a fine. His driving attitude attracts the attention of a stranger, who offers him a lucrative job: transporting drugs for an unconventional cartel of Mexican drug traffickers.

Based on a true story, this film marks the return as an actor of Clint Eastwood, who in any case does not miss a beat behind the camera. Nice movie, of which you can find our review here. 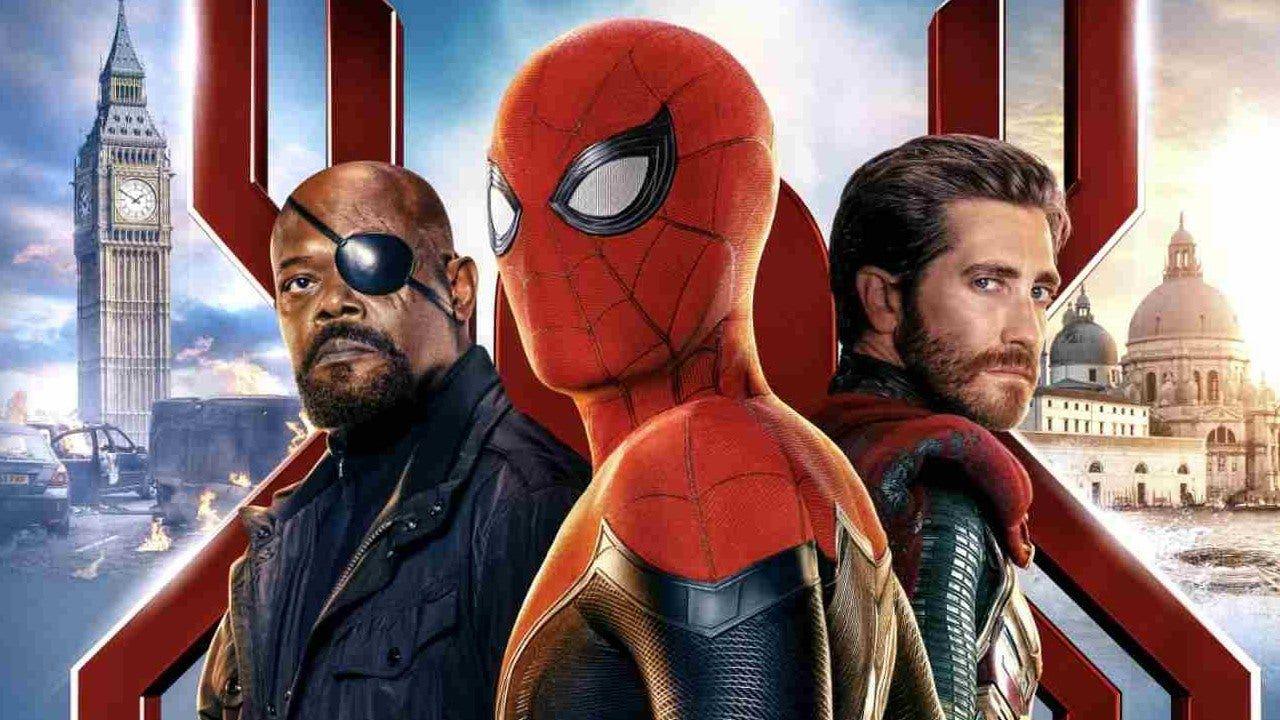 This is the first film of phase 4 of the MCU. It directly follows the events of Endgame, representing a legacy in many ways.

In a world restored from the catastrophic events brought by Thanos, Peter Parker tries to get back to normal and to school. It will not be so easy, because he will have to confront fearsome enemies, the elementary school. And maybe a few more …

Excellent return to the Marvel scene, here you can read our in-depth opinion.

11 – Midsommar, The village of the damned | Best Now TV Movies 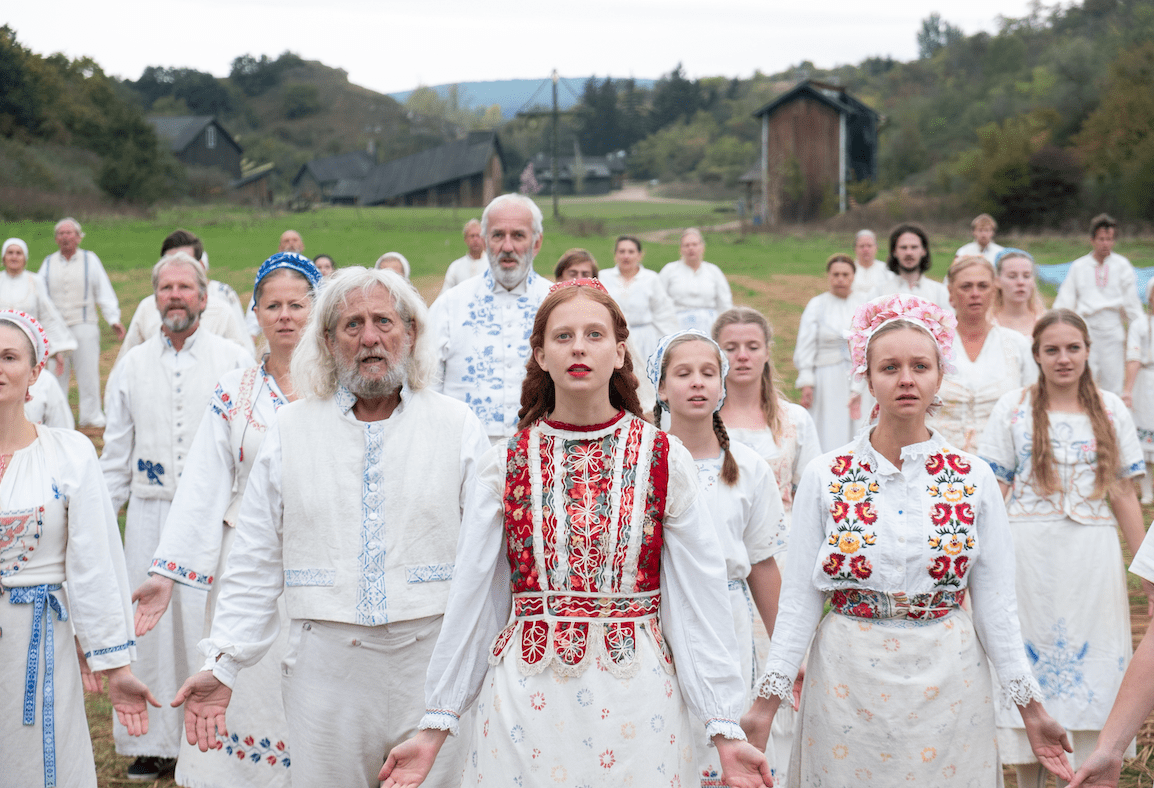 Director Ari Aster returns to the cinema with Midsommar – The Village of the Damned, a new horror film after the excellent debut with Hereditary – The Origin of Evil.

The story is about a couple who, to avoid a definitive crisis, go to a village where peace and serenity apparently reign. The reality, however, is another.

Remarkable, imaginative horror, not to be missed.

Bohemian Rhapsody is a 2018 film directed by Brian Singer and starring the talented Rami Malek.

The film is a film between the musical and the biographical, which tells us about the birth and subsequent rise to success of Queen, one of the most famous and acclaimed bands of all time. The film focuses, with several time jumps, on the first 15 years of Queen’s career, culminating with the historic performance of the Live Aid from 1985.

Bohemian Rhapsody isn’t just a fan service operation for Queen fans, it’s also a great movie. The interpretation of the characters, one above all a Rami Malek perfectly dropped in the role of Freddie Mercury, the costumes and direction are high profile. For a more exhaustive opinion we refer you to our complete review, but the soundtrack alone is probably worth the vision.

America in the 1960s was hardly a place where people of color were perfectly integrated. So it happened, it is in fact a true story, that even a famous and renowned African American pianist had to be accompanied, for protection, by an Italian-American bouncer during his tour in the southern United States. This is the story of Green Book, which takes its name from a small book in use in those years that indicated safe places for black people.

To interpret the pianist Don Shirley we find Mahershala Ali, while Viggo Mortensen lends his face to the driver Tony Vallelonga. The film met with great critical acclaim and triumphed at the 2019 Oscars by winning 3 major awards: Best Picture, Best Supporting Actor at Mahershala Ali and Best Original Screenplay.

Vice – The man in the shadows is a film written and directed by Adam McKay and starring Christian Bale, Amy Adams, Steve Carell and Sam Rockwell.

Vice tells us about the origin and rise to power of Dick Cheney who, with the help and guidance of his wife Lynne, became Vice President of the United States of America and a true man in the shadows during the George W. Bush administration. A story of true politics that seems almost fictional.

The film boasts an extraordinary performance by the quick-change artist Christian Bale, as Cheney, who earned the film the Oscar for best makeup. Absolutely not to be missed.

Sixties. A man (Nick Offerman) hides a bulky bag under the floorboards of a college room.El Royale hotel. A few moments later an acquaintance knocks on the bedroom door and is invited to enter. The moment the first man turns his back, the second fires a shot at him at point-blank range.

After Quella casa nel bosco, World War Z and The Martian, 7 Strangers in El Royale confirms the goodness of the director’s cinema Drew Goddard. The film, while not offering anything truly innovative, convinces, captures and at times disturbs, thanks to the atmosphere of latent violence that pervades the entire film. For further information you can read our full review.

Deadpool 2 is an adventure movie, but also science fiction and action, of 2018. The film is the sequel to Deadpool ed is based on the Marvel comic of the same name.

The adventures of Deadpool continue in the second film, in which the protagonist Wade Wilson, played by Ryan Reynolds, continues his role as executioner and continues his love adventure with Vanessa, with whom he decides to start a family. Unfortunately, during a confrontation with a leader of the underworld, his partner dies and Wade, despite immediate revenge, begins a period of existential crisis. The X-Men will try to help him by enlisting him on their team.

Ultimatum to the earth is a 2008 science fiction and drama film. The cast includes actors of the caliber of Keanu Reeves, Jennifer Connelly e Katy Bates.

In 2008 the planet is in danger due to an alleged meteorite that is expected to crash in the heart of New York. The object is actually a spacecraft positioning itself in Central Park. From it comes an alien being with human features (Keanu Reeves) who, however, is wounded by an accidental blow; following this event a robot comes out of the spaceship which, after removing all the offensive equipment of the military, is deactivated. Meanwhile the alien is brought to the clinic to try to save him, but they don’t know that he is on earth to bring an important message to the earthlings, which it will change the life of the entire human race.

Hostiles is a film by dramatic western genre, released in 2017, with prominent protagonists such as Christian Bale and Rosamund Pike.

Captain Joseph J. Blocker (Christian Bale) agrees, as a final mission, to escort Cheyenne Chief Yellow Hawk from prison to a reservation to allow him to pass the last days of his life. During the journey the men meet a woman (Rosamund Pike) who will continue the journey with them. Together they will face threats and dangers, which will significantly change their lives. The film is set in 1892 in New Mexico. 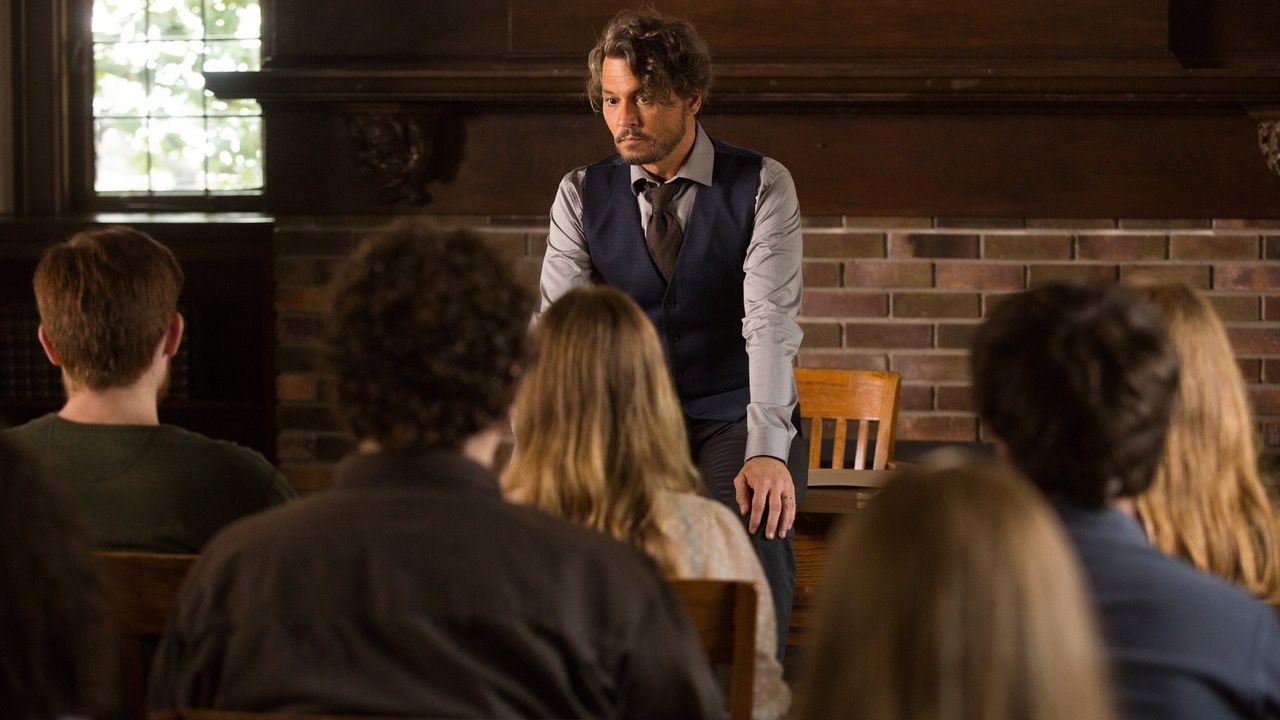 Trapped in a monotonous career and marriage, Professor Johnny Depp discovers he is terminally ill.

The premise of this discovery story is perhaps classic, but thanks to the understated interpretation of an actor known for excesses, it strikes a good overall balance. 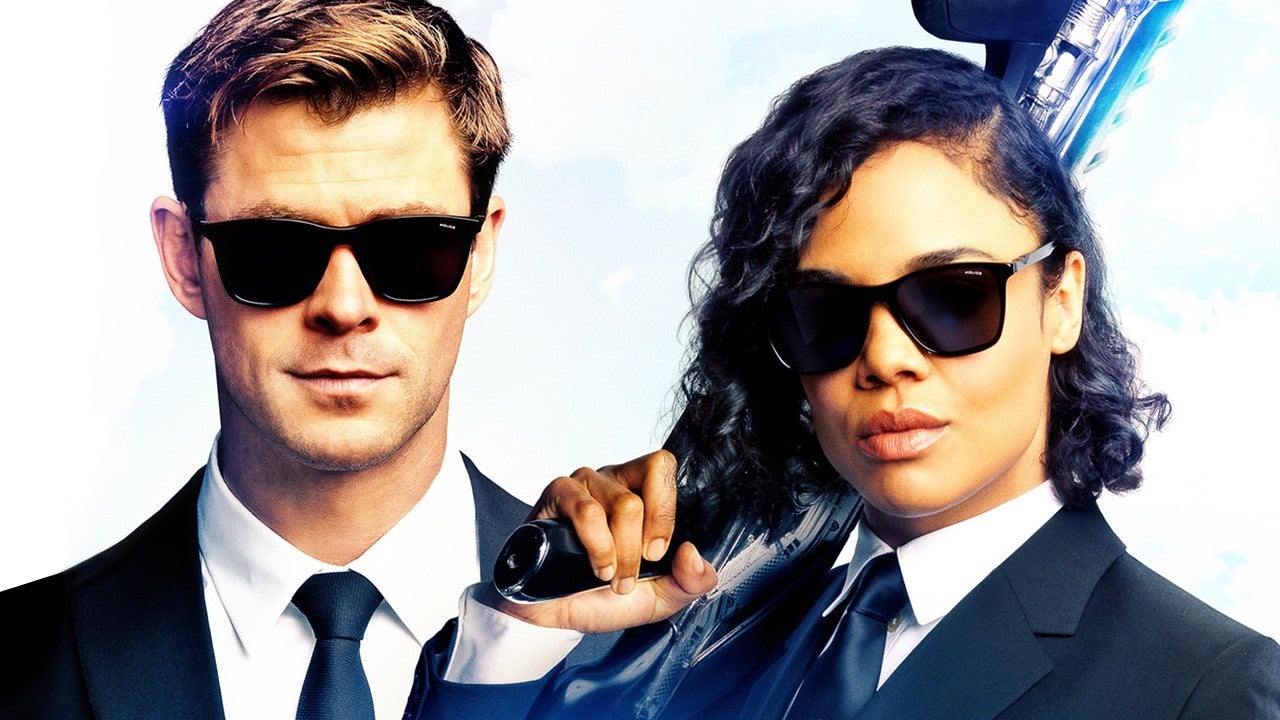 One night the Men in Black are engaged in an intervention with an alien in a family, whose memory will be erased. However, they do not notice the presence of the little girl Molly (Tessa Thompson) who witnesses everything, thus making alien life their own …