Do you want romance? We will take care of satisfying your requests: here is our ranking of the best oriental romantic films

Let’s face it: sometimes seeing a good love story on the screens is really good. Even if ours is a heart of ice, those proposed today would be able to melt anyone, even the most “bears” of us. This is because it is very possible to talk about love and do it well, without being honeyed and mushy. The ranking that we of techgameworld.com we propose you for our latest guide is proof of this: today we will talk about ten best oriental romantic movies.

Because love is a universal language, and the feature films that we will propose to you are capable of hitting us straight to the heart. The East often has an edge in telling us stories, and also in the context of sentimental films we find pearls not to be missed. Find out everything with our guide!

In today’s guide, we’ve selected ten oriental romantic movies that you can’t miss for any reason in the world. In the ranking you will find everything: from the most dramatic stories to funny comedies, passing through the most poetic films by highly acclaimed Asian filmmakers. Are you curious? Let’s start to find out what the ten best oriental romantic films in our opinion of TechGameWorld.com! 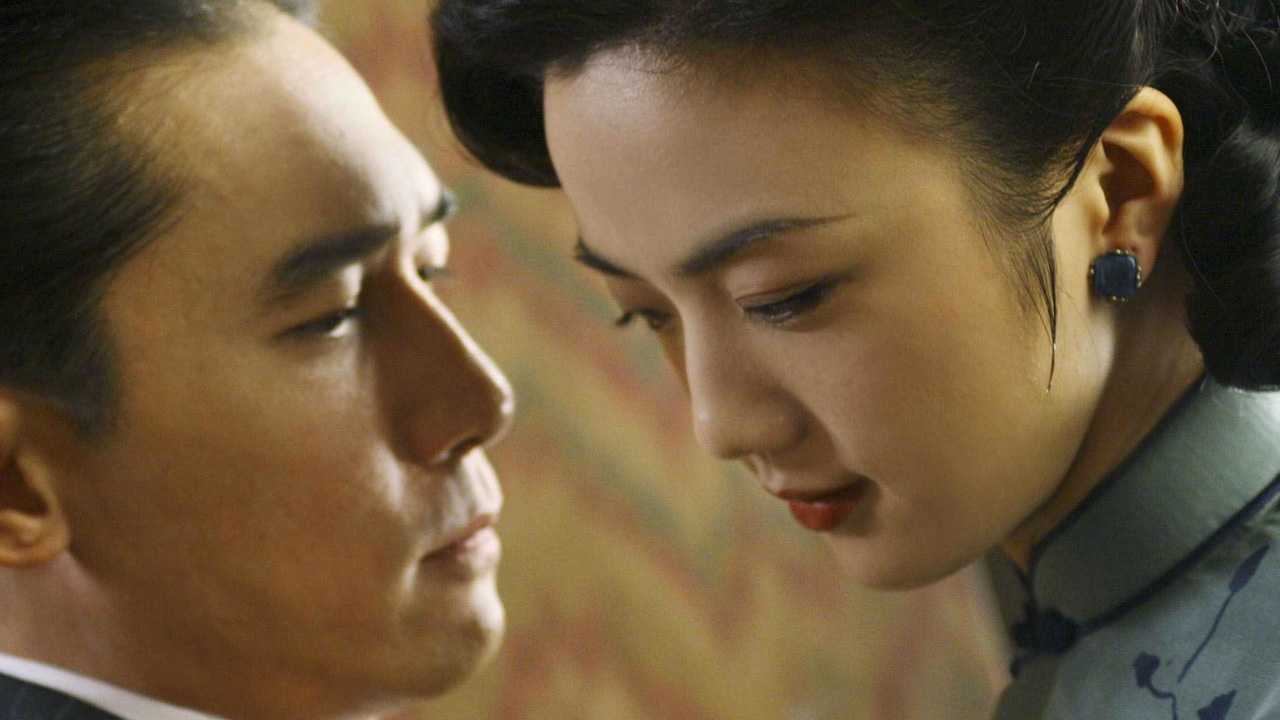 The Lee he can now be defined as a director more Hollywood than Taiwanese. But the fact remains that during his career halfway between East and West he gave us some splendid films. One of them is Lust – Seduction and betrayal (2007), a co-production between Taiwan, Hong Kong and the United States. How could we start our ranking dedicated to the most total sentiment, if not with one murky story of love and passion set in the Shanghai of the forties, between political moves, resistance and revolution? A film as fascinating as its wonderful protagonists, Tony Leung Chiu Wai e Tang Wei. 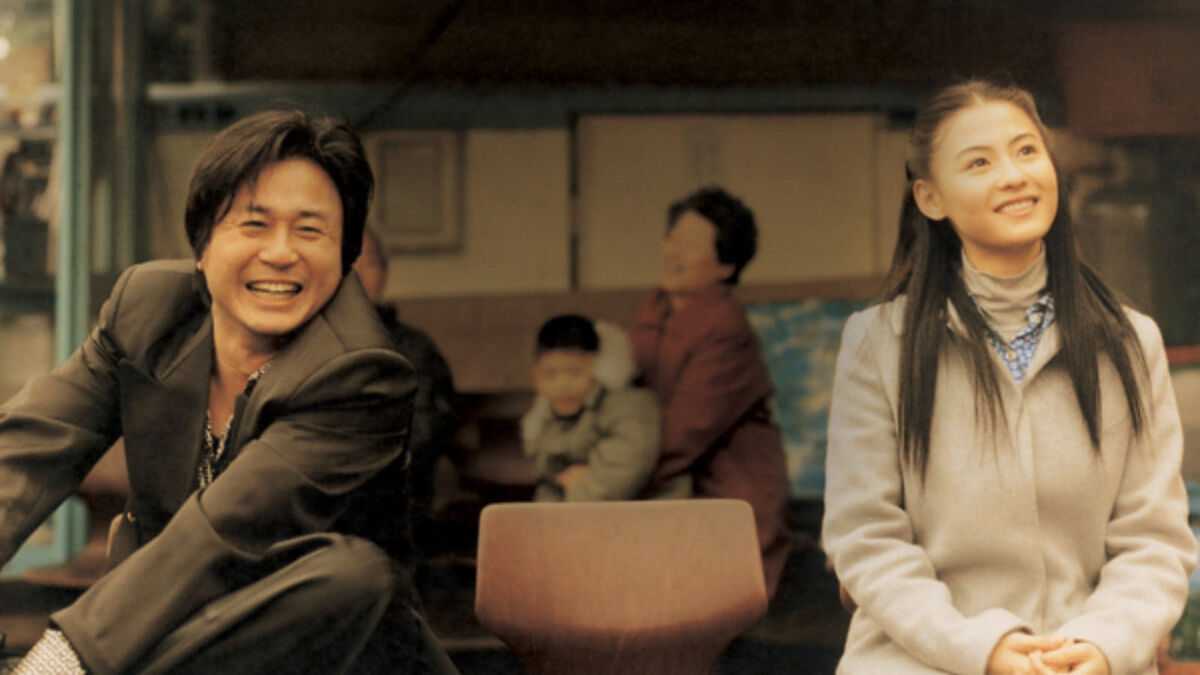 Although it is not a work too named when it comes to oriental cinema, Failan absolutely deserves a position in our ranking. An arranged marriage gently turns into a love story, in this 2001 film directed by Song Hae-sung, South Korea. Failan (Cecilia Cheung) is a sweet Chinese girl who immigrated to Korea who suddenly finds herself alone in the world. Kang-jae (Choi Min-sik) is a cheap gangster in financial trouble. Between violence and platonic love, their souls will join in a world too cruel for both. 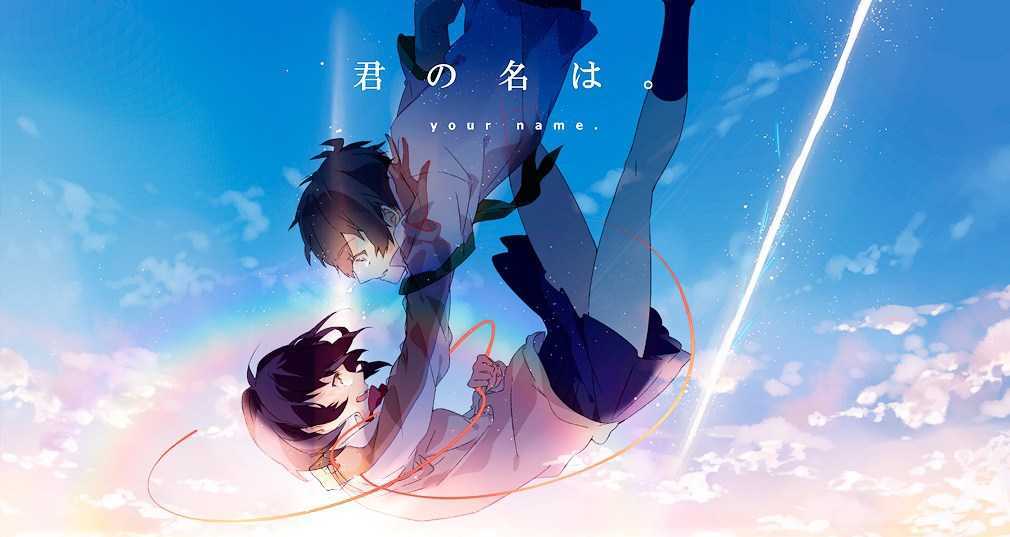 On the side of the animation cinema, we find a beautiful love story in Your name. (2016), film directed by Makoto Shinkai and available on Netflix. The very high quality of the beautiful animations joins a love that fights against space and time to win. Two teenagers who lead two completely different lives end up in each other’s bodies, not knowing why. Little by little, a bond will be born between them that goes far beyond expectations. For those who believe in destiny … and in love! 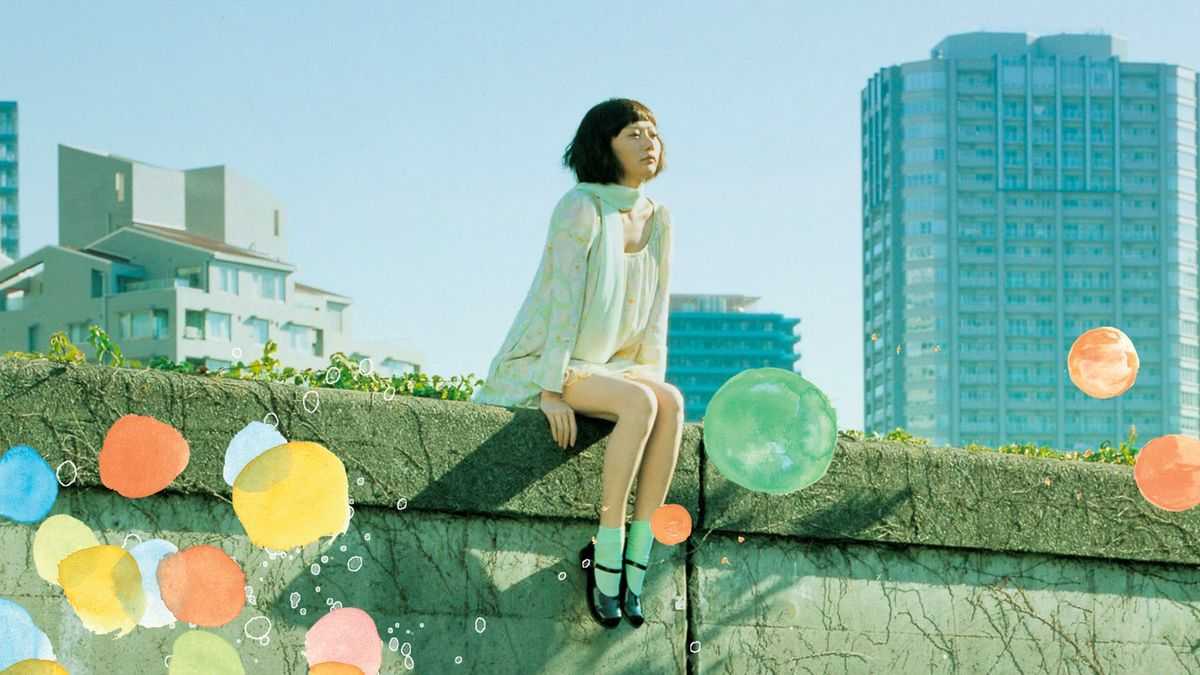 In Air doll (2009), Hirokazu Kore’eda he leaves aside his analysis of family ties for a moment and tells us aatypical love story. Hideo (Itsuji Itao) is an ordinary man, except his girlfriend is a blow-up doll. Together with her, Hideo is happy. But one day this comes to life, and their idyll ends, since the now woman Nozomi (Bae Doona) falls in love with another man. A bizarre fable that speaks of love, loneliness, incommunicability and even life, with that delicacy typical of the best Kore’eda films.

The most anomalous film of Park Chan-wook it’s surely I’m a cyborg but that’s ok (2006), colorful love story between two boys with mental disorders. Young-goon (Lim Su-jeong) is a young woman now convinced that she is a cyborg, hospitalized in a nursing home for having attempted suicide. The only one who understands it is Il-sun (Jeong Ji-hoon), a boy hospitalized due to kleptomania and antisociality problems. Park Chan-wook completely changes direction with respect to his filmography – in particular the Trilogy of Revenge – and decides to create a work that his daughter could also see. The result is a very special and very sweet film. 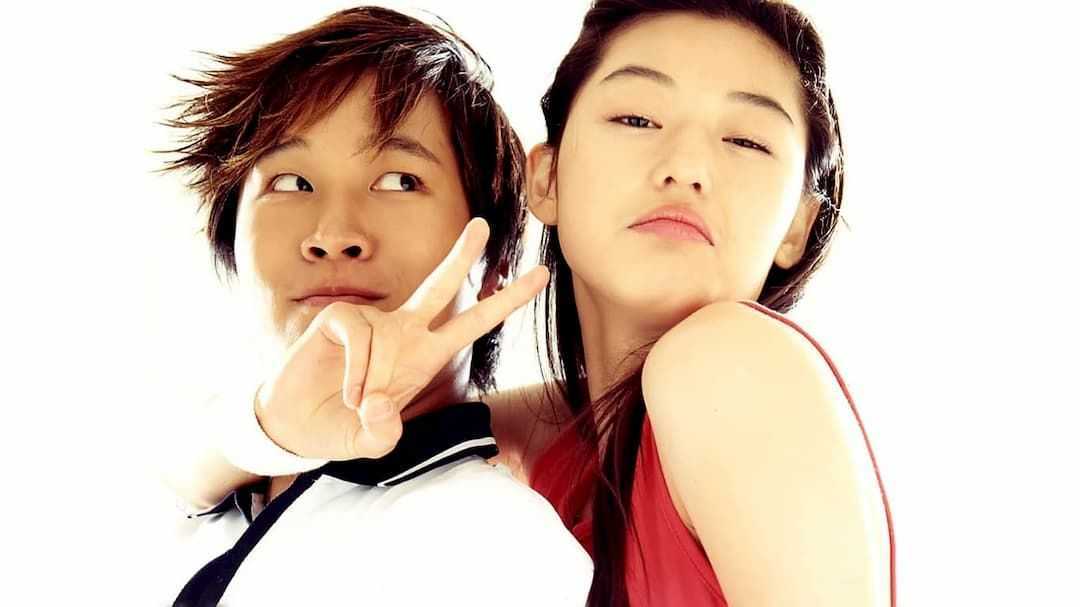 The romantic comedy par excellence in that of the East is undoubtedly My sassy girl (2001), hilarious love story between two teenagers in South Korean sauce. With this film directed by Kwak Jae-yong it is really impossible not to laugh out loud! My sassy girl is the story of the encounter between the shy and awkward Gyeon-woo (Cha Tae-hyun) and a very cheeky girl who will turn his life upside down forever (the gorgeous Jun Ji-hyun). The two meet, hate each other, love each other, and perhaps together they will be able to overcome insurmountable difficulties. A film that has among its strengths the rhythm and a perfectly balanced script between the fun and the final melodrama. Not to be missed! 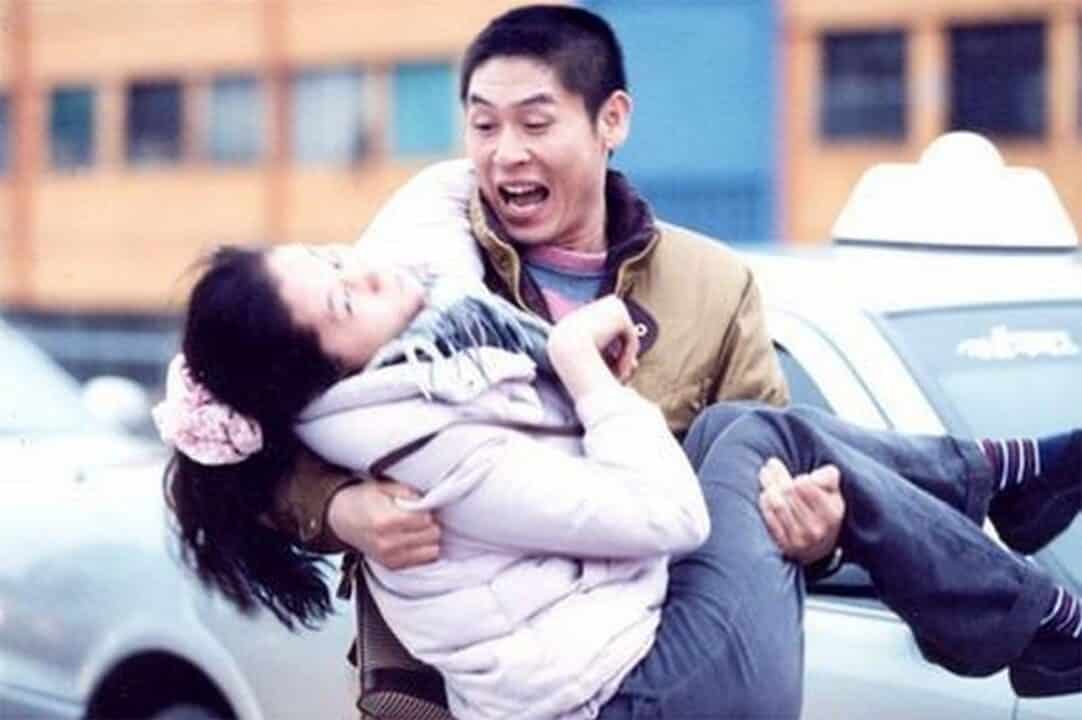 Oasis (2002) is the film he consecrated Lee Chang-dong as one of the most unsettling South Korean authors of recent years. In his third feature film, the director stages the particular relationship that is created between Hong Jong-du (Sul Kyoung-gu), a boy just released from prison for an unspoken crime, and Han Gong-ju (Moon So-ri), a young man disabled by a stroke, living in total solitude. An impossible love in the eyes of the society that looks and judges, portrayed by Lee Chang-dong with rawness and tenderness. 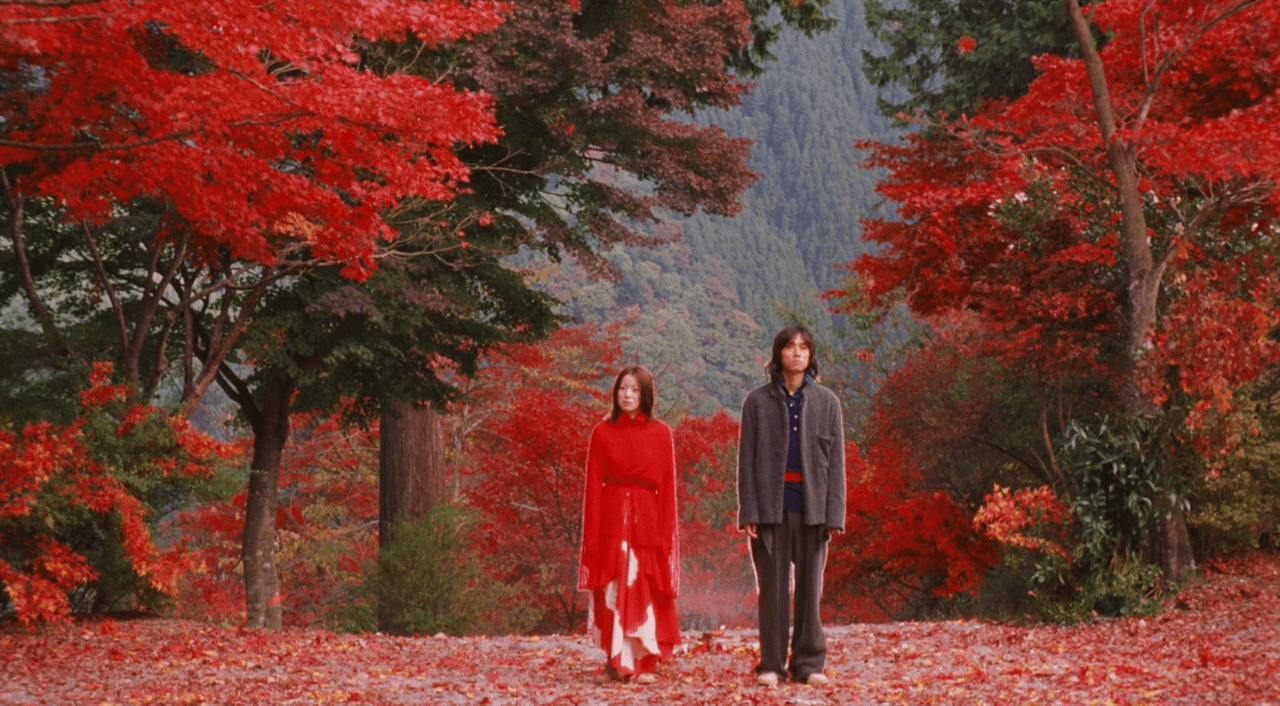 “Beat” Takeshi signs his most poetic film with Dolls (2002) and his three stories of love, destiny, life and death. Two lovers wander tied by a red rope that holds them together, after her attempted suicide. A yakuza boss nostalgically remembers his encounters with a girl on a park bench, with whom he shared lunch. A well-known pop star is disfigured after an accident, and her biggest fan is also blinded by grief. Three extremely tragic stories against the backdrop of a beautifully photographed Japan, capable of perfectly representing the fragility of our lives. 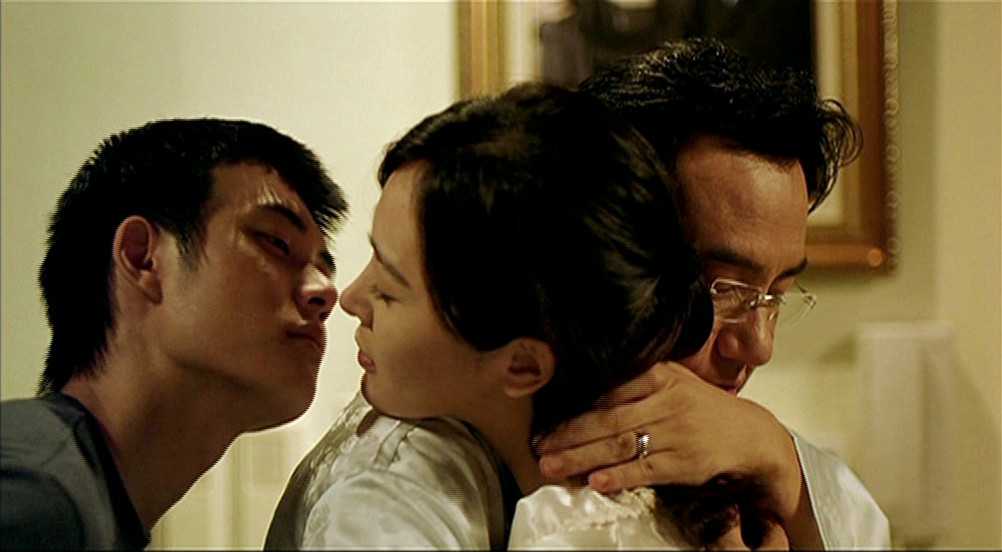 How to talk about love without naming the most incredible movie of Kim Ki-duk, Iron 3 – The empty house (2004)? The work that won the 61st edition of the Venice International Film Festival is the total film about love, represented without the need to utter a single word. Tae-suk (Lee Hyun-kyoon) has the habit of sneaking into temporarily uninhabited houses and behaving as if he were the owner. One day he meets Sun-hwa (Lee Seung-yeong), a young woman victim of violence by her husband. Between the two will be born a unbreakable bondstrengthened by the silences of understanding and the purity of their souls. 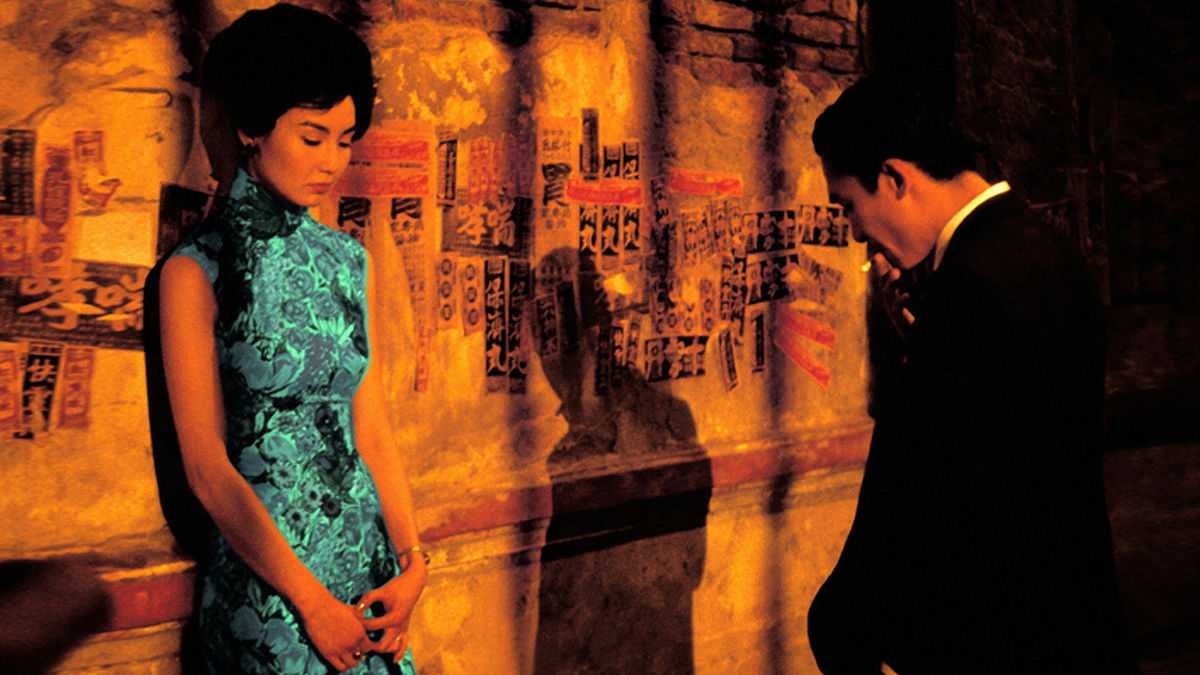 Recently returned to the screens on the occasion of the reopening of our rooms, In the mood for love (2000) is without doubt Wong Kar-wai’s masterpiece. Poignant, melancholy and impossible love, only whispered, as one does with one’s secrets revealed deep in the hollow of a tree. We are in Hong Kong, in the sixties, and the meeting is that between Chow (Tony Leung Chiu Wai) e Su Li-zhen (Maggie Cheung). Both are married and betrayed by their spouses. They will start loving each other by chance, almost without telling each other, but their love will never come true. Framed by sublime photography and a bewitching soundtrack, In the mood for love is for us at TechGameWorld.com the best romantic film from the East.

Now you know what to watch when you find yourself lacking in affection, or simply when you want to see a great movie from the East. Let us know what you think and which one is your favorite with a comment. Also continue to follow us on this page so as not to miss all the our guides dedicated to cinema and TV series! 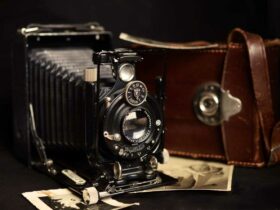