Virtual Reality has always been a gamer’s dream from an early age. The possibility of really getting inside those imaginaries and the feeling of being able to physically interact with the videogame characters is a truly fascinating idea. For some years now we have been approaching those imaginative ideas, in fact the viewers currently on the market are able to propose truly unique experiences that cannot be had with the classic video game. So let’s go see which are the best games available for Virtual Reality on PC.

A parallel way to play games

The Virtual Reality market on PC is vast and varied. By now there are different types of viewers that allow us to meet the needs of all of us, if you want to be helped in choosing the most suitable viewer we leave you to guide the best PC viewers. Once you have chosen the right viewer for you, you will find a wide range of titles that continues to grow over time. If a few years ago it was possible to find only short experiences of a few hours which allowed you to taste the potential of VR, now real video games have been developed like those for classic platforms.

Virtual reality allows you to explore new genres and new ways of having interaction. It has now created a real one parallel world compared to the classic one. With the passage of time, Virtual Reality and the traditional video game will continue to coexist without replacing the other. So if you want to try new experiences, VR could be the one for you. 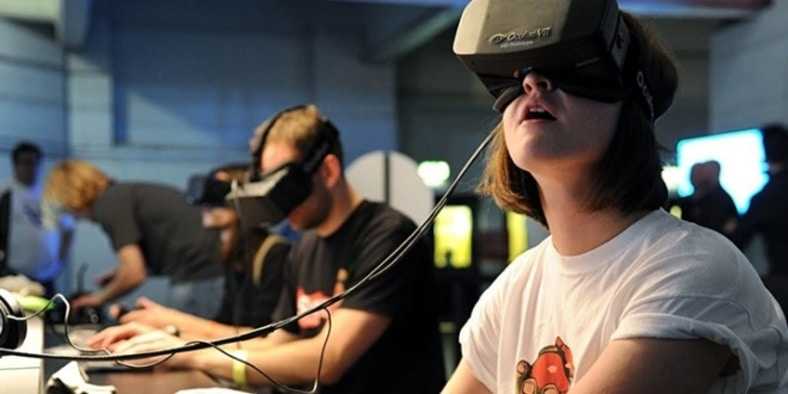 Norse mythology undoubtedly exerts a great fascination on many gamers. In Asgard’s Wrath it is possible to experience firsthand the unfolding of these Nordic myths. The game is exclusive to Oculus systems and is developed by Sanzaru Games. As a young god you will find yourself flanking Loki in his shady plans.

Asgard’s Wrath is an action-RPG that it has nothing to envy to the games of the same genre available for console and PC. During the more than 20 hours needed to complete the game, combat phases alternate with exploratory phases together with your fellow adventurers up to face colossal bosses inspired by Scandinavian legends. Also on a graphic level it is one of the best games for Virtual Reality, able to make you really daydream. 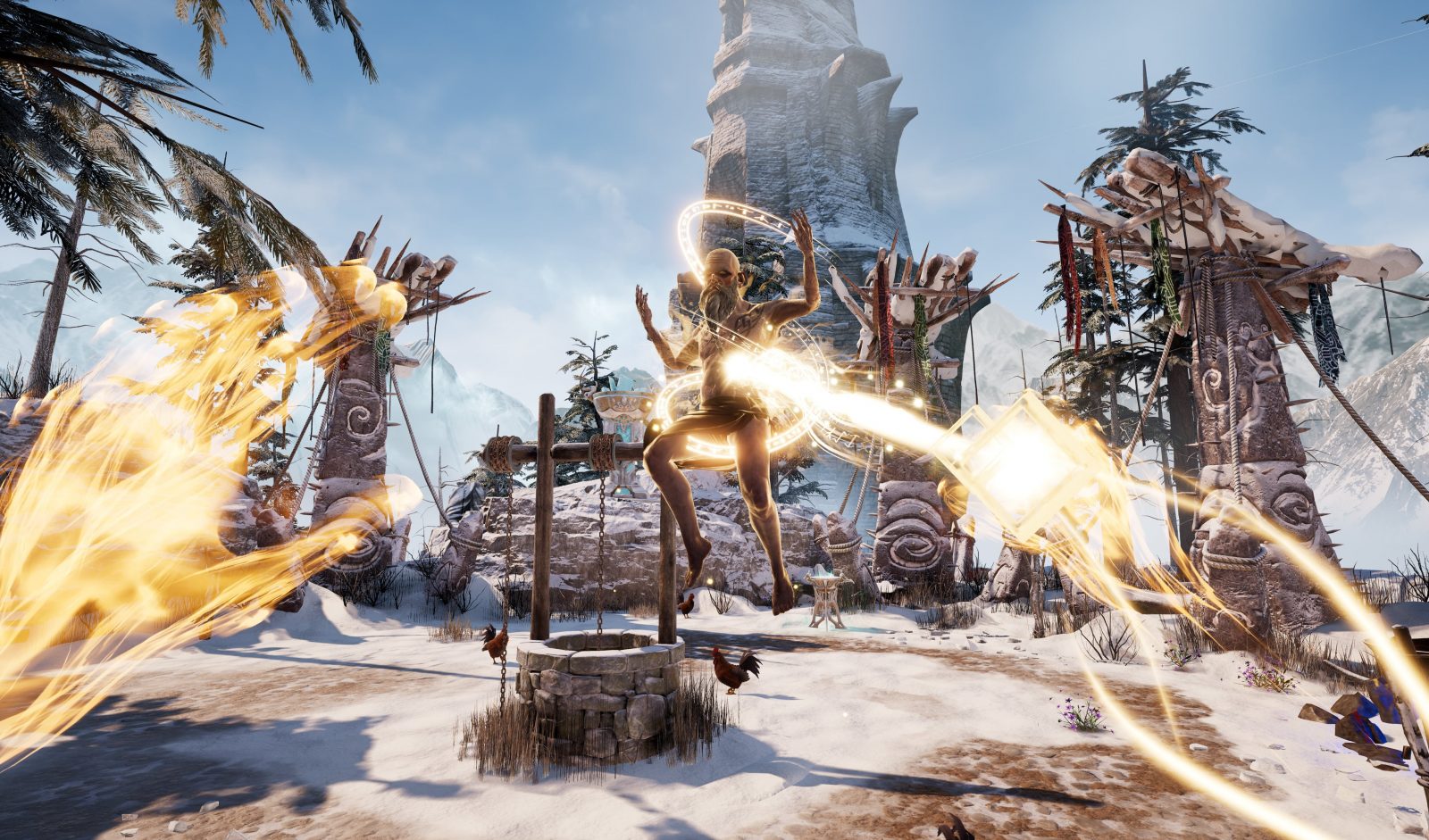 Virtual Reality is also capable of creating the possibility of transforming known and deeply explored genres in ways never seen before. Beat Saber does just that with the rhythm game genre with a very simple idea. The aim of the game is to use the two light swords that you have available to cut the red and blue cubes in the correct direction, which will meet us to the rhythm of the music.

With this simple formula Beat Saber is one of the best games available for VR. The original soundtrack is edited by Jaroslav Beck, composer who worked on the soundtrack of the Overwatch shorts for Blizzard, among other things. Also in the final version Beat Saber allows you to create your own levels with custom songs. 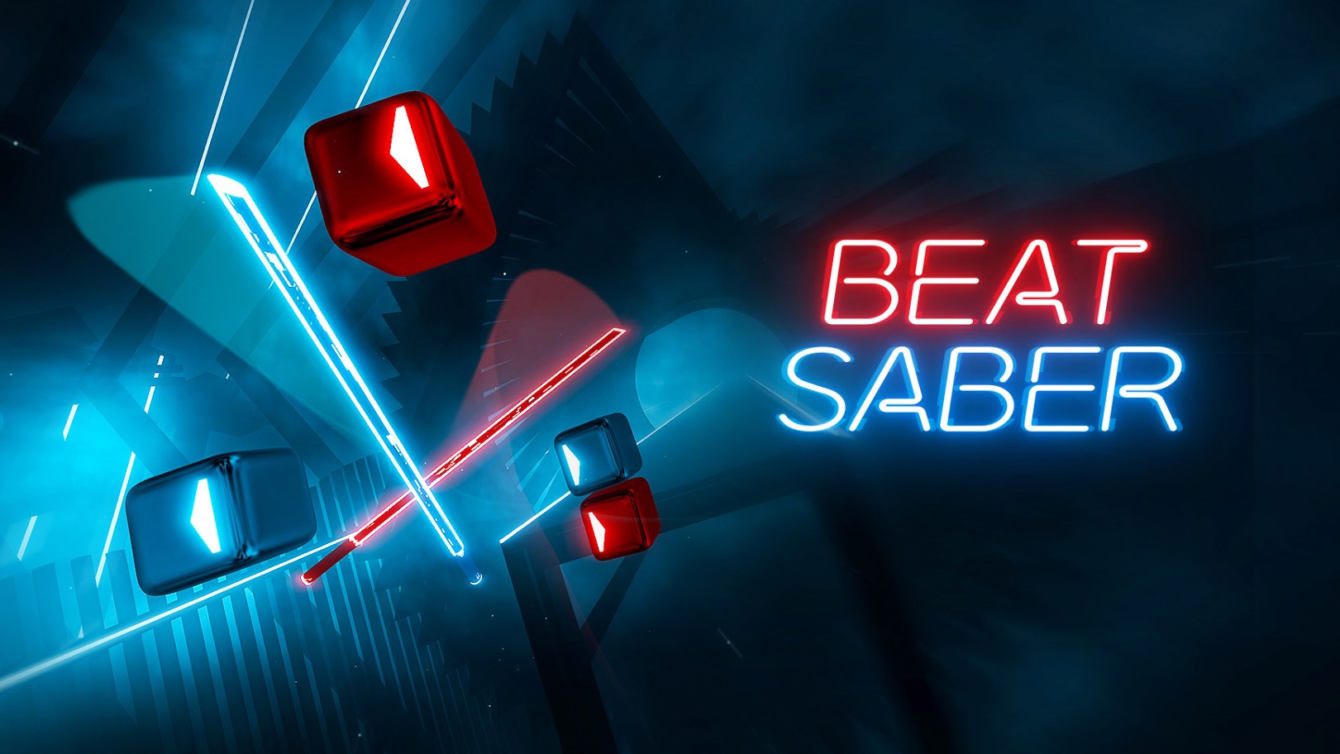 A first person shooter with a peculiar mechanic that finds its maximum expression in VR. Super Hot VR is structured a series of levels in which you will have to defeat all the enemies that will come before you, with the particularity that time only passes when the player moves. Indeed, we could speak more of a puzzle than a classic first person shooter.

The player must calibrate the movements to perfection to pass the most difficult levels. Also the game features a metanarration really interesting, which dramatically increases the involvement and immersion. It is one of those titles that once you insert the helmet you will find it hard to stop playing it, so we recommend it in this guide. 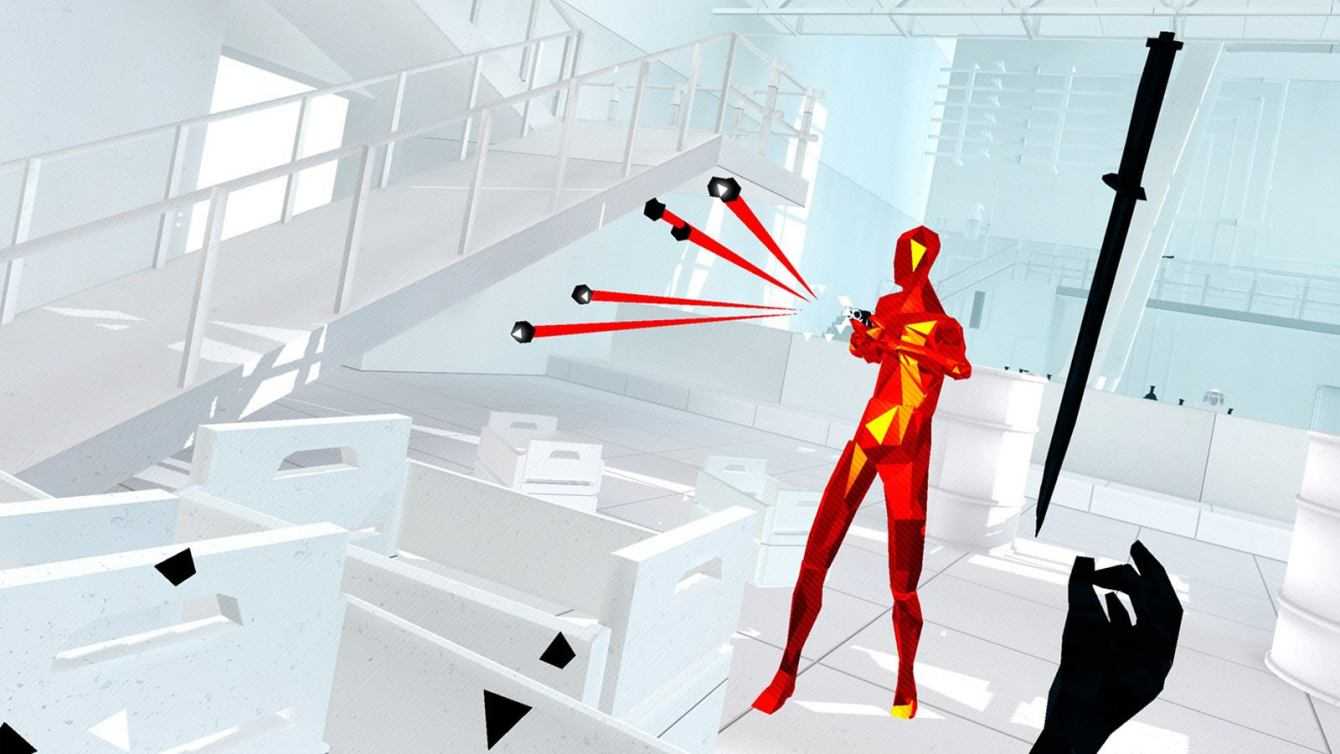 Keep Talking and Nobody Explode – Migliori giochi VR per PC

Here is a truly original game that makes cooperation its strong point. Keep Talking and Nobody Explode features a series of levels where a bomb is randomly generated. The owner of the viewer has the purpose of defusing it and is the only one who can see it.

The companion (or companions) will be in possession of the manual that allows you to defuse the bomb. In the role of experts players with the manual will have to communicate with the player with the viewer only through their voice, in this way it will be possible to pass the level. If the time runs out or if more than three mistakes are made, the bomb explodes and you face defeat. Keep Talking and Nobody Explode manages to do a truly unique use of virtual reality, confirming that this interesting technology allows us to explore new ways of making video games. 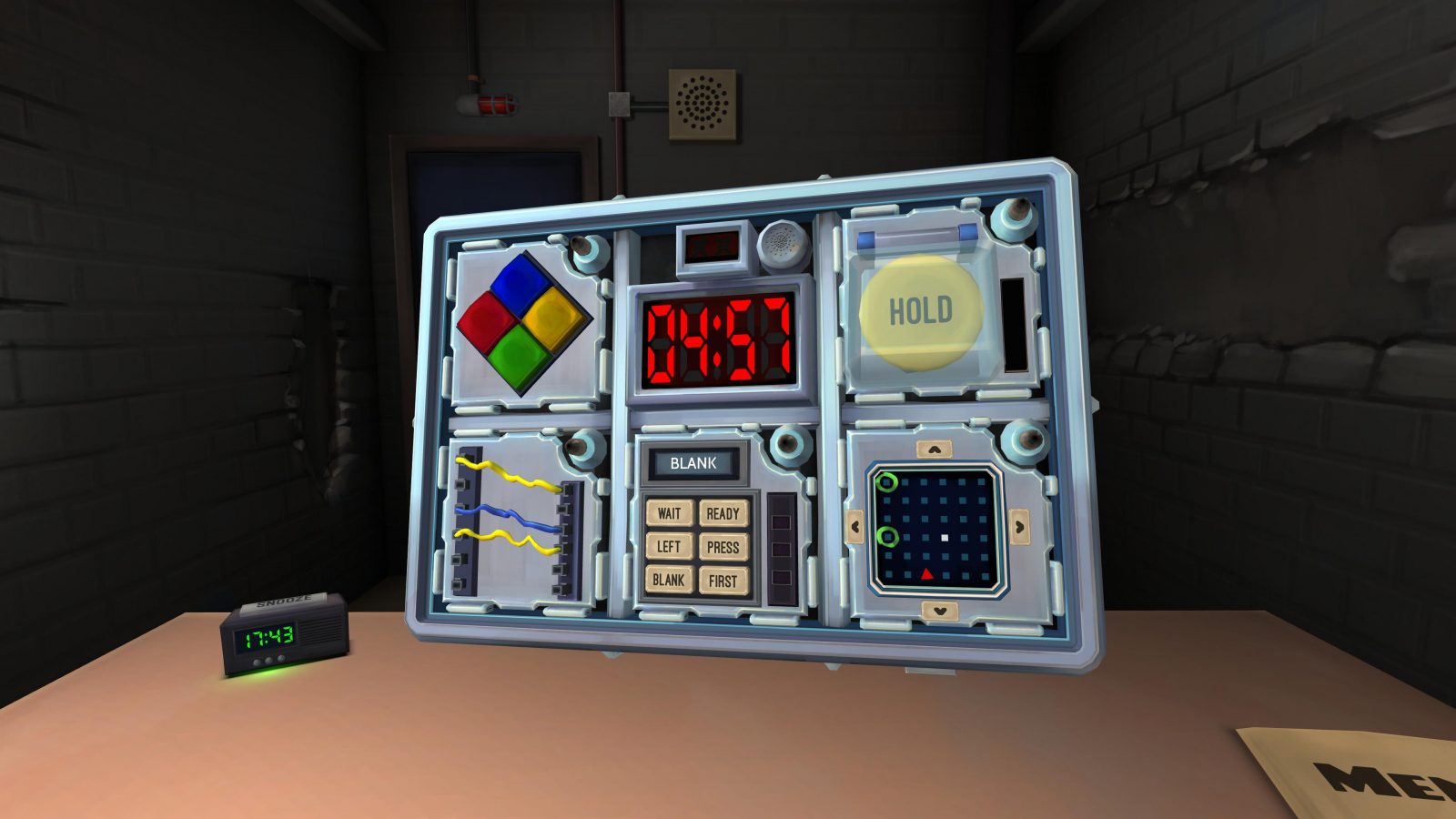 Traveling in space is one of the most common and unfortunately unattainable dreams. With Elite: Dangerous in the VR version we can identify a little more in a hypothetical life among the stars. The space simulator offers the possibility to pilot your own spaceship inside a procedurally generated universe. It is up to us to decide whether to ally with existing factions or to haggle to accumulate wealth.

One of the advantages of the game is to be very “friendly” towards those suffering from motion sickness as we will be sitting aboard our spaceship. But be careful, Elite: Dangerous is really complex and to play it at its best you need to dedicate a lot of time to it. 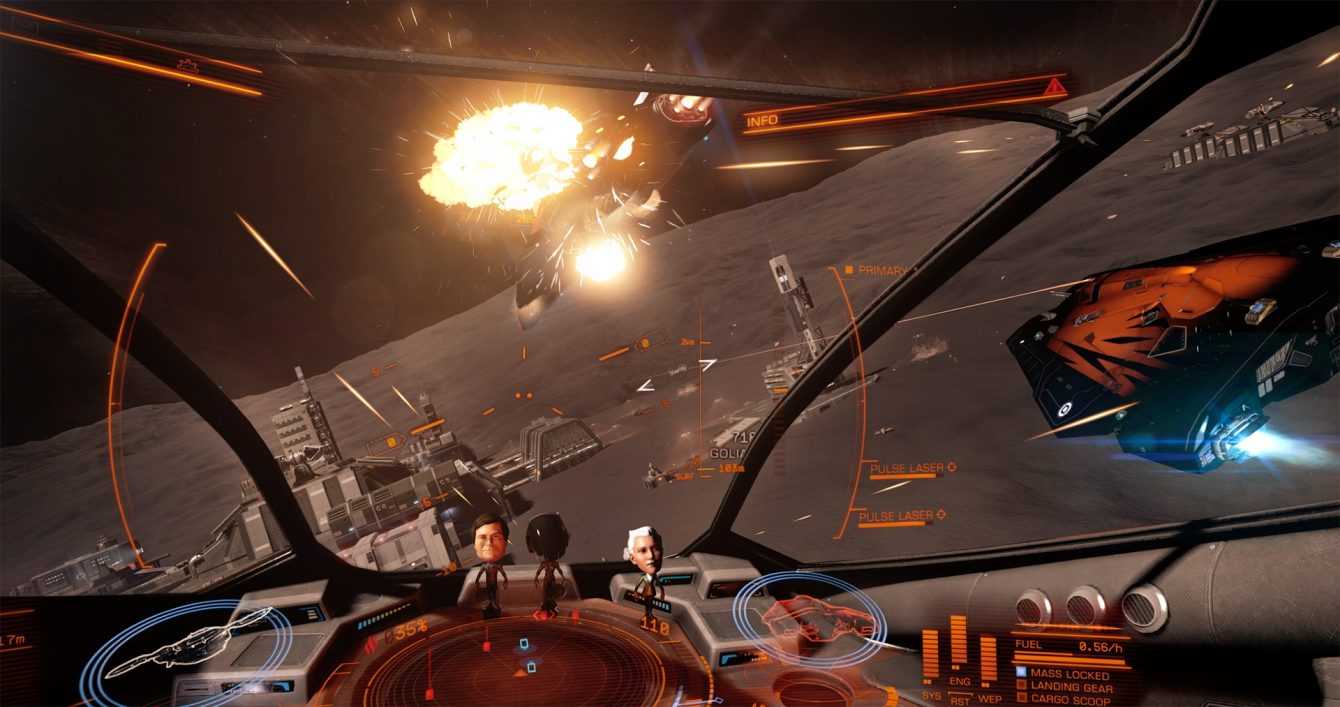 Can’t miss the one that perhaps is now there first real killer application for Virtual Reality. The legendary Half-Life saga returns after almost 13 years with a new chapter highly anticipated by gamers. This spin-off arises before the events of Half-Life 2, we will therefore have to wait for a possible sequel to find out how the adventures of Gordon Freeman end. However, this does not prevent you from experiencing City 17 as it has never been possible until now.

A series of incredible gameplay gimmicks throughout its 15 hours of gameplay make Half-Life: Alyx a real must buy if you have a VR headset. This time Valve hit the mark and completely revolutionizes the rules of a Virtual Reality game, with the first triple A game for this type of peripherals. We can’t wait to find out what the future holds for this immortal saga. 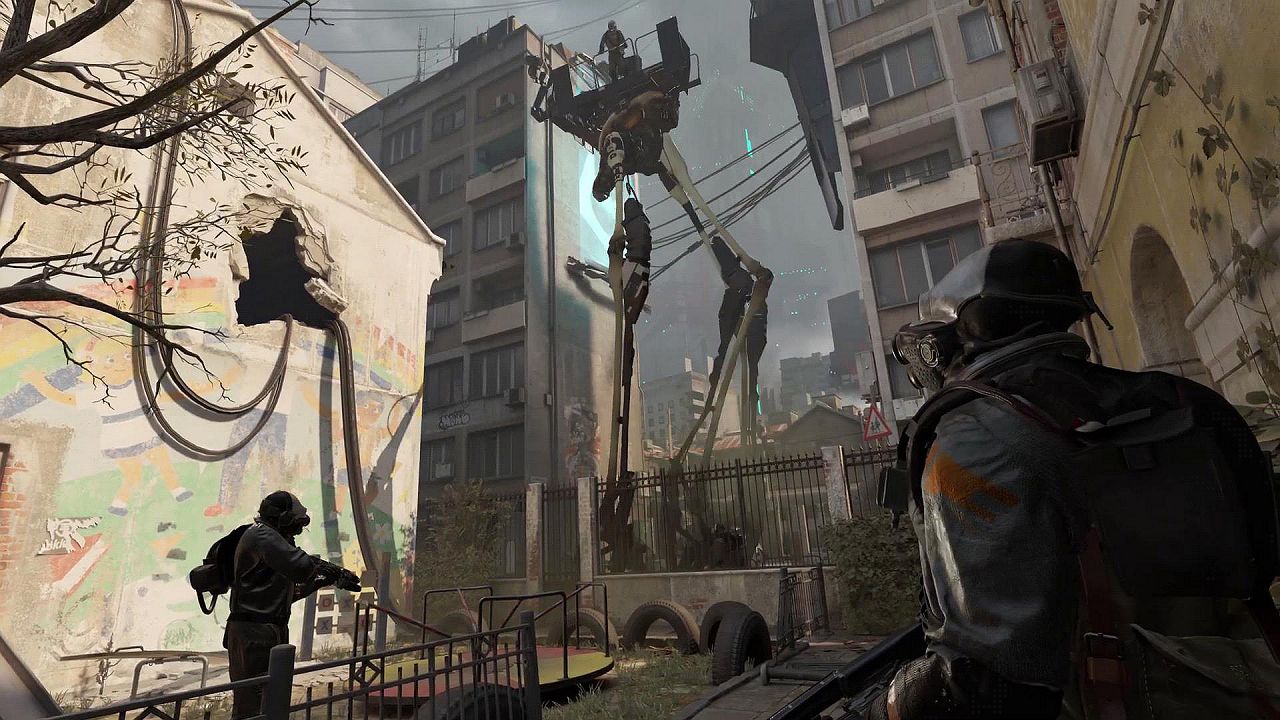 Let’s move on to a game that does not hide its many flaws, but that can still have its say in a panorama like that of Virtual Reality. Arizona Sunshine is a first person shooter where all we have to do is face some order in zombies intent on attacking us. The title does not enjoy too high a longevity, but it will entertain you enough to be satisfied.

The gameplay is really well built, the controls are very precise and the response of the weapons is excellent. Also it is possible interact with the environment in different ways, from the possibility of creating makeshift covers to activating machinery that can help you. For a Virtual Reality enthusiast Arizona Sunshine offers several hours of pure fun and will hardly be disappointed. 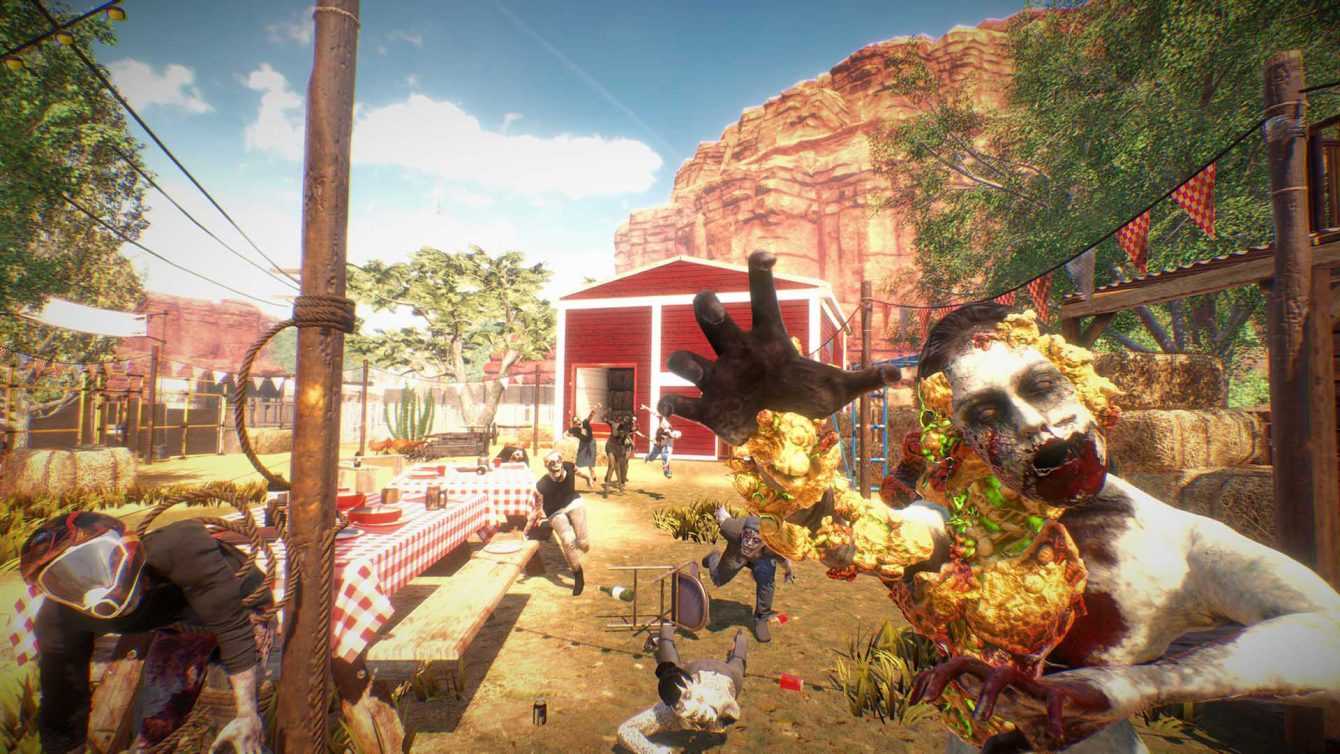 Movement in VR games creates motion sickness and the teleporter system doesn’t satisfy you? Then Lone Echo could prove to be a fantastic variation on the theme that will introduce you to a new way to move in a VR game. In fact, the strong point of Lone Echo is precisely this. We are located in zero gravity, so the Ready at Dawn team (famous for The Order. 1886) developed a rather innovative movement system.

It is possible to cling to any wall or object on the screen, pushing himself against the walls the character will float until you push yourself again. Objects too have physics that will make them float in a vacuum, thus increasing the feeling of being on a spaceship. Not to mention then Echo Arena multiplayer mode, based on a peculiar sport always practiced in absence of gravity. Lone Echo is available exclusively on Oculus devices. 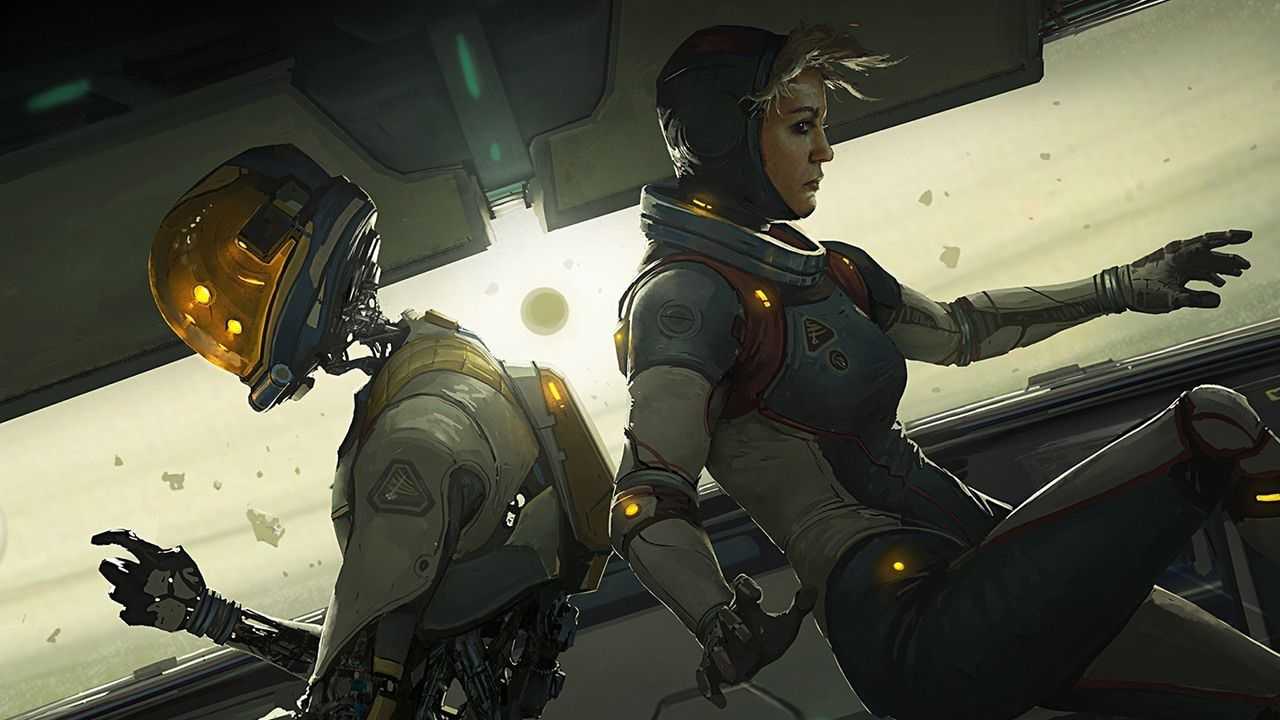 One of the most popular puzzles of recent years comes with its version dedicated to Virtual Reality. The game is basically the same as the original, the only novelty is to enter first person in this fantastic title. The Road to Gehenna DLC is also available within the package which makes this version certainly the best possible one to buy if you want to retrieve the game and are in possession of a viewer.

Virtual Reality has been taken care of particularly well. In fact there will be three modes available for movement: whole room, standing or sitting. In this way the pleasure of exploration and immersion increases exponentially. Especially recommended if you want a slower paced game, which will make you think about the increasingly difficult puzzles to face in order to continue in The Talos Principle VR. 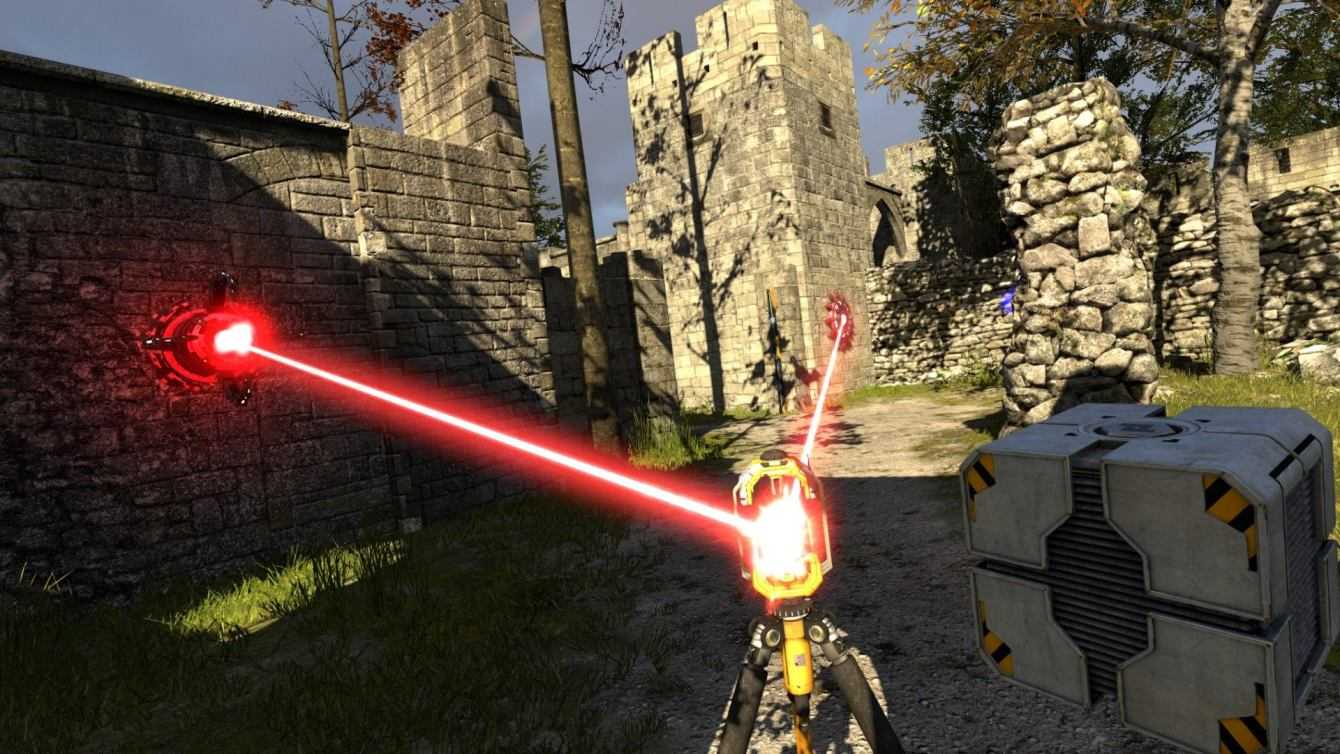 Rick & Morty has had extraordinary success among the public thanks to his brilliant and at the same time crazy humor. All this can be found in a VR video game. Not by chance Trover Saves the Universe is made by Squanch Games, the software house founded by Justin Roiland, co-creator of the Adult Swim series.

The game relies heavily on this kind of comedy, real strong point of the production. You will be positioned on a chair and, through the controls of the station, you will be able guide Trover on his journey through the crazy worlds created by the team. The PC version of Trover Saves the Universe is available exclusively for Oculus systems. 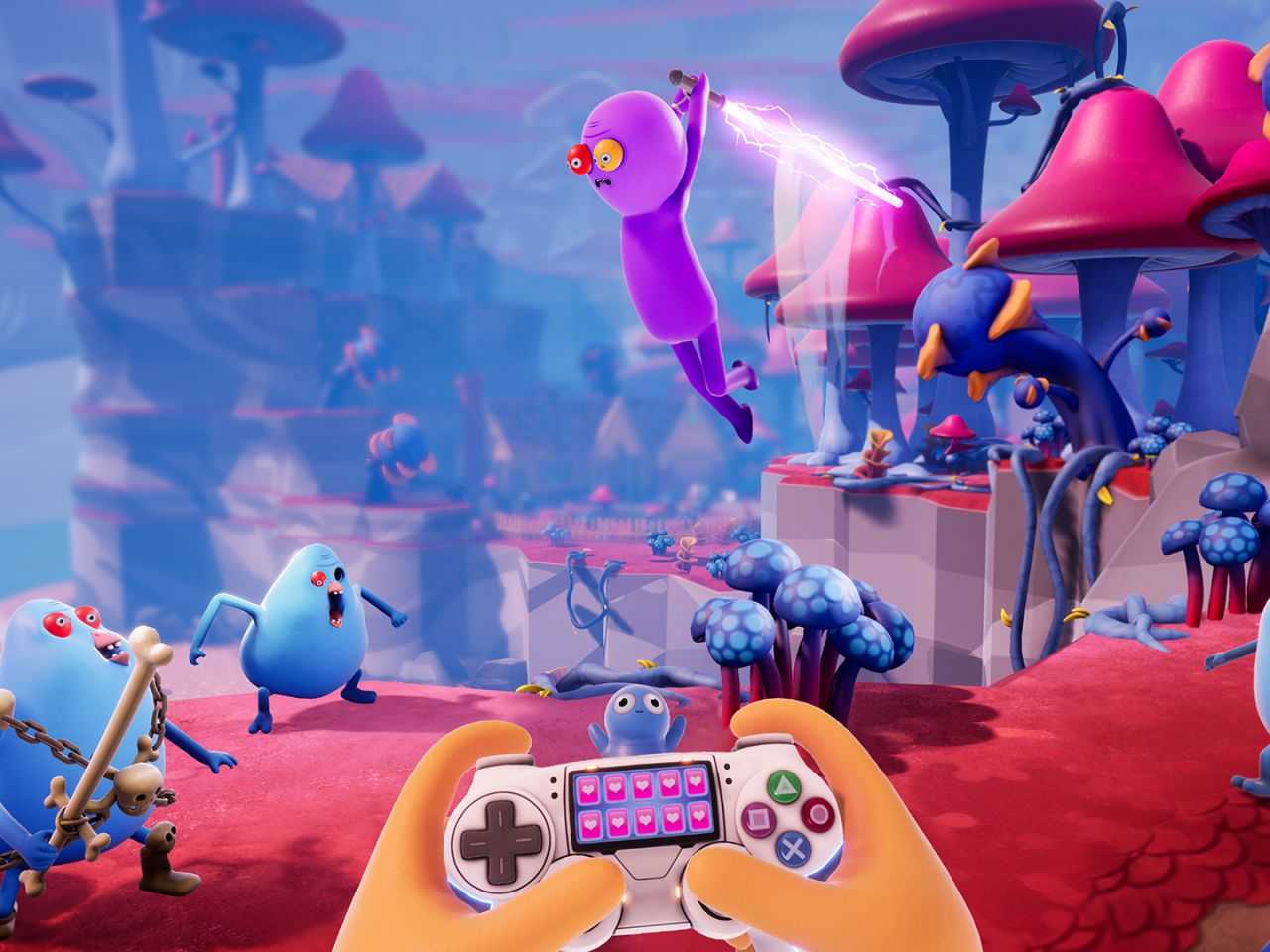 Moss is a truly unique title in the VR gaming landscape. It is in fact one of the very few cases of third person game playable through Virtual Reality. Already for this reason Moss deserves our attention, even just to discover the gimmicks that Polyarc has invented for this work.

The aim of the game is to help the mouse Quill. The latter is the protagonist of a fairy tale told in a book. The peculiarity of the game is to be able to communicate only through gestures. We will therefore have to overcome some puzzle sessions and some sporadic fighting which certainly does not hurt. Unfortunately, however, the longevity of Moss is not very high and, given the quality of the game, you will probably be left with a feeling of wanting more. 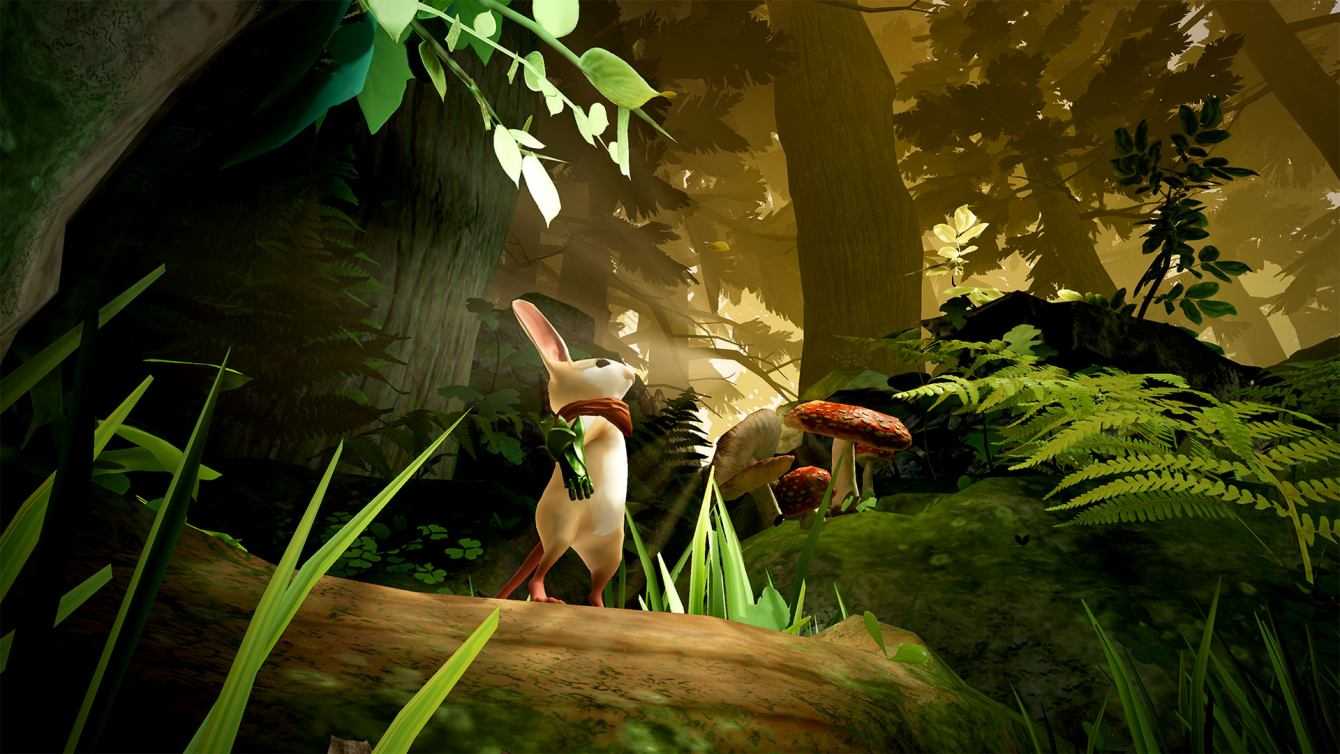 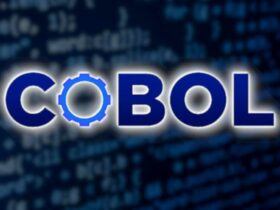 Fortnite season 7: the guide to the challenges of week 8