After a long wait, Biomutant is finally ready to immerse players in its colorful and bizarre future, let’s find out in our review.

Announced for a long time now Gamescom of 2017, on the occasion of which he positively surprised the audience thanks to the announcement trailer, Biomutant had repeatedly lost track over the years, instilling the fans’ minds fear of yet another vaporware. Yet, after a decidedly long and complex development, the signed creature Experiment 101 finally she managed to reach the shelves, virtual and otherwise, ready to put all her cards on the plate. Will the wait, however, have been rewarded? Or has the newborn team actually taken the fateful step longer than the leg? To find out, all you have to do is dive into our Biomutant review.

The children of men

Biomutant is set in a distant future, in which the inhabitants of the Earth have seen their DNA upset and recombined, following an ecological catastrophe that has changed life on the planet forever. More like animals than canonical human beings, our fictitious offspring move among those who are ruins of the World that Was (as our present is called), in a constant battle for survival.

Divided into warring tribes, these beings carry on their bodies the weight of the mistakes made by the Toxanol, the chemical industry responsible for the upheavals that changed our home planet forever. The survival of which is now endangered, as well as by past waste, come on four World Eaters that are little by little destroying the roots of the Tree of Life, whose death would forever mark the end of this new civilization. It will be up to us, an orphan tormented by a painful past, to take charge of the destiny of the Earth, which we can lead to salvation as well as to the most complete destruction, all based on the choices we make during this adventure. 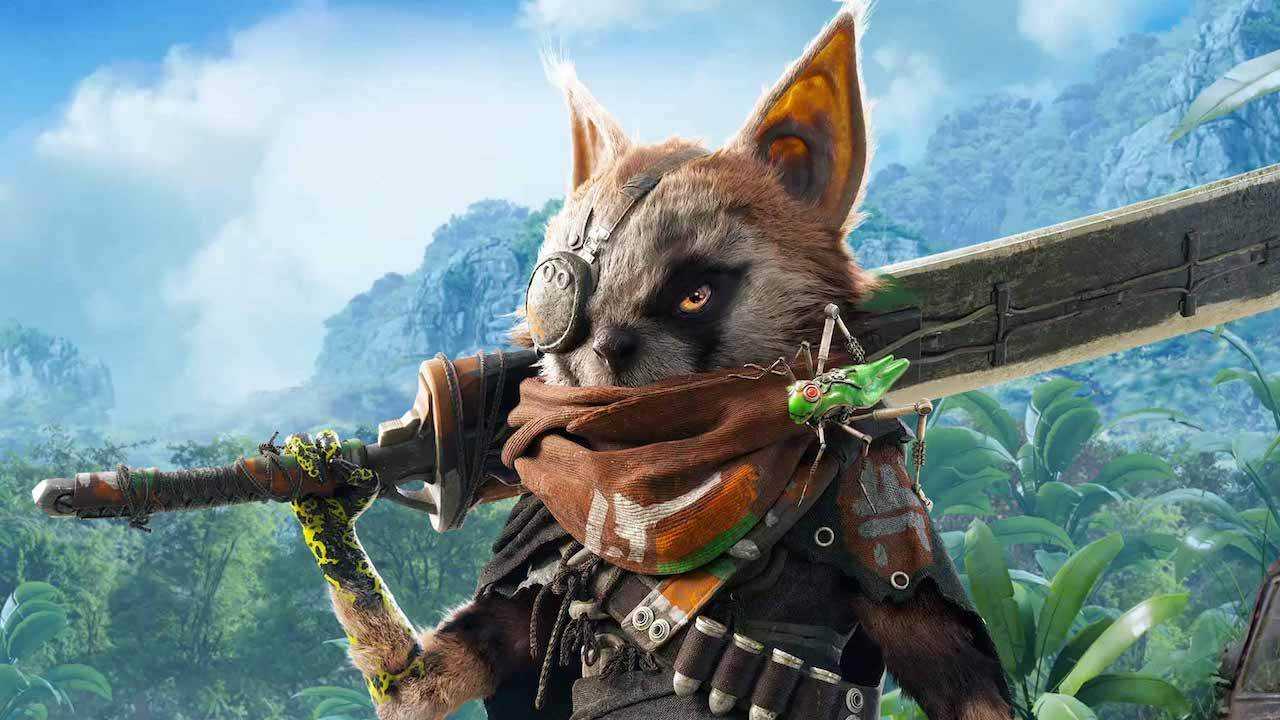 A fable with strong ecological tones that told by the boys of Experiment 101, newborn team made up of just 20 elements, which while presenting a non-linear and at times very frayed development, will not fail to raise a few small jolts in the players. Given the open world nature of the production, in fact, the progression will not follow well-defined tracks, but it will leave complete freedom to the player, who will be able to decide in perfect autonomy which narrative portion to face from time to time, without any solution of continuity.

A free will that, at least in the will of the team, is also reflected in the actions of our character, whose path will be marked by some moral choices which will affect its alignment, and which will be able to decide the fate of the Earth, once the game is over. On paper it is all very interesting and intriguing, but a few hours of play are enough to realize how the Swedish studio has decidedly sin of pride, putting a little too many elements on the scene of Biomutant, whose overall amalgamation, in the review phase, turned out to be somewhat shaky. 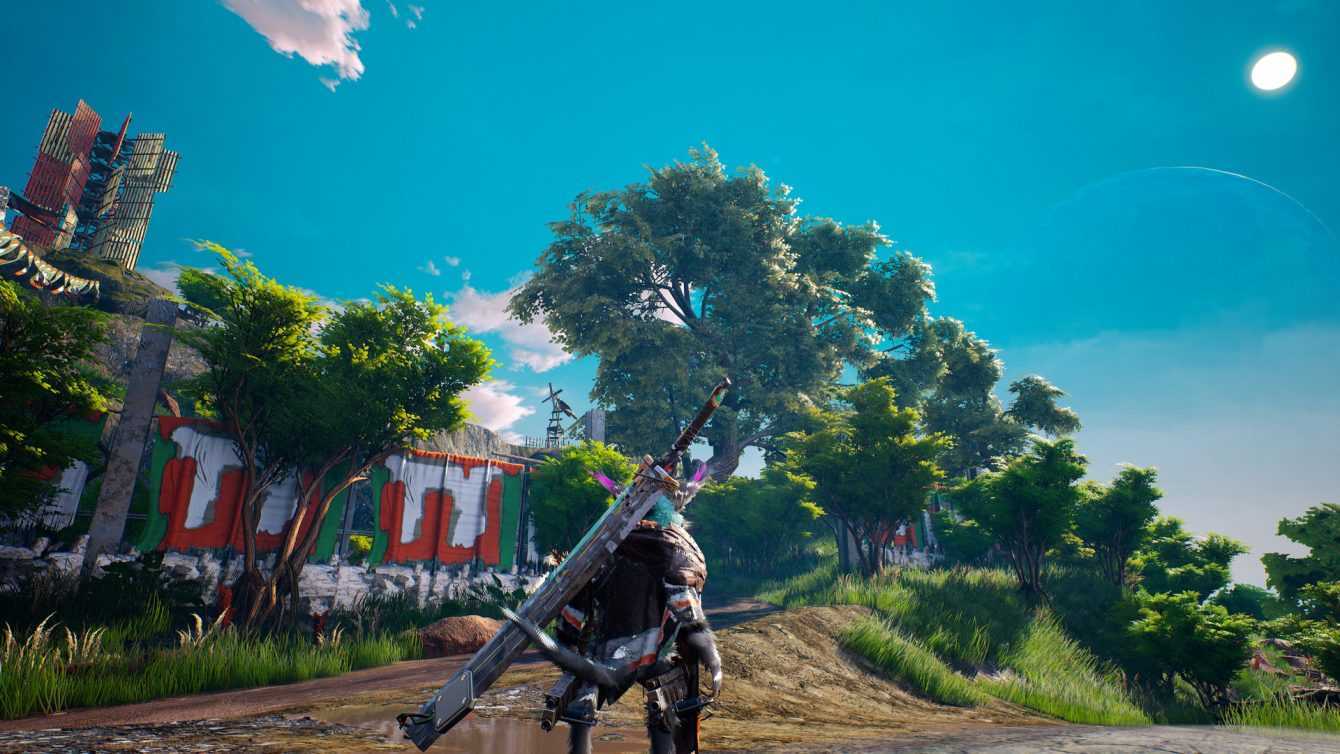 Biomutant, in fact, it is a title that opens in the name of abundance, given the way it welcomes the player, who thanks to a complex and comprehensive editor, he will be able to give life to his own ideal creature. Between classes, physical characteristics, statistics and perk, in fact, there is really something to indulge in, given the overwhelming way in which the game enjoys playing from the beginning with our avatar. This feeling of uniqueness, however, it is soon wiped out, as soon as you realize that the various builds have a very marginal weight: as in soulslike di casa From Softwarein fact, each customization is never clear-cut and has its own progression tree.

A few hours of play will be enough to understand how the development is very liquid, and the initial setup only affects the loadout of departure. Nothing, therefore, will prevent us from starting with a brute who, in a short time, will find himself mastering a large number of spells without problems, as well as a minute and agile sniper can turn into a lethal short-range death machine. A role-playing system, therefore, which ends up being broken in the short term, and which makes the initial creative abundance extremely redundant and futile. 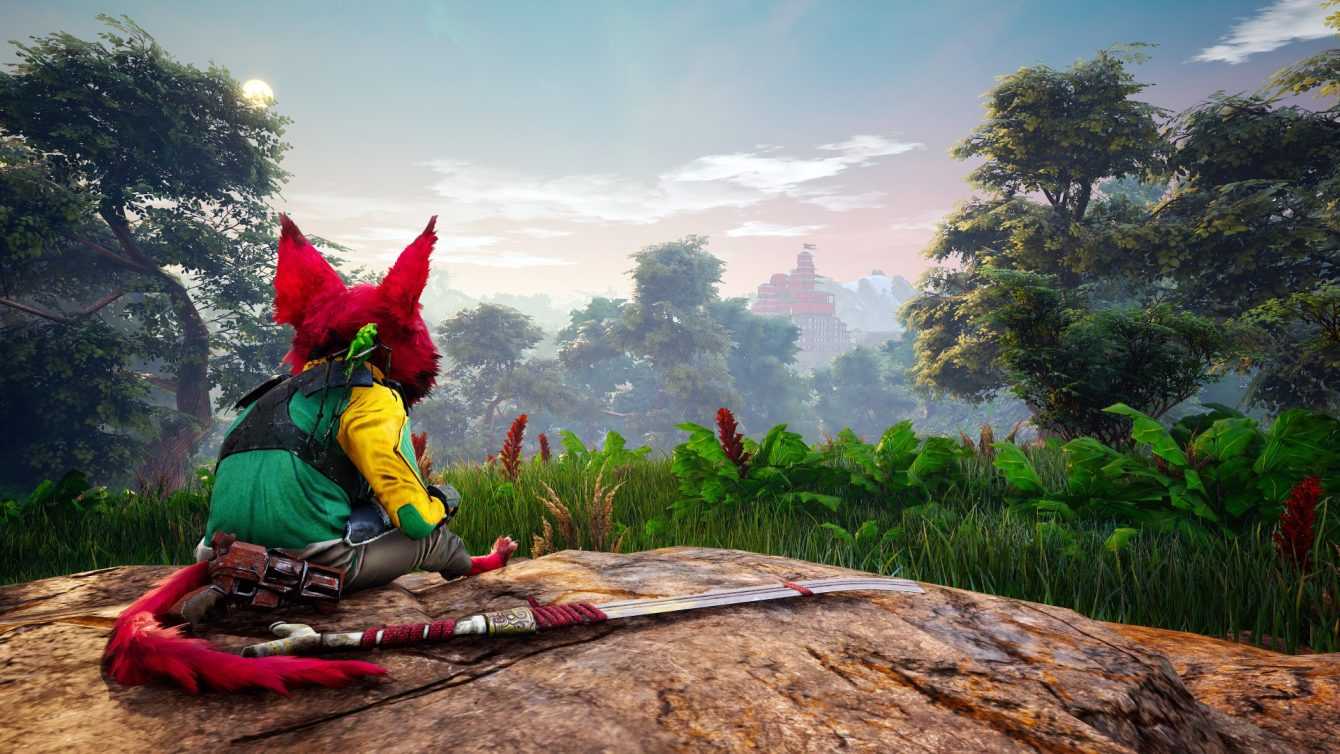 This gargantuan love for detail also spills over into the equipment and in the loot, which can boast an incredible number of components and variables. During our wandering, in fact, we will recover a decidedly disproportionate quantity of objects, which we will be able to modify to our liking through the use of specific components, useful for varying statistics and properties. Whether we are talking about weapons (we have hand-to-hand and distance) or wearable (divided into the head, muzzle, shoulders, torso and legs), everything can be customized through a very deep editor, but which at the end of the games will have the same weight as the initial setup.

This judgment is attributable to the choice to adopt the level scaling of enemies, which will always be of the same power and level as our character: if this is due to the possibility of undertaking any mission at any time, so as to offer an always balanced challenge, it is also true that this decision makes it futile to spend entire minutes filing our equipment, as it comes to lack any sense of progression. A general leveling that also affects particular areas of the map, characterized by pollutants which, at least in the first instance, make it essential to find suitable clothing, but which end up becoming superfluous if we choose to spend the experience points earned to increase our elemental resistances . 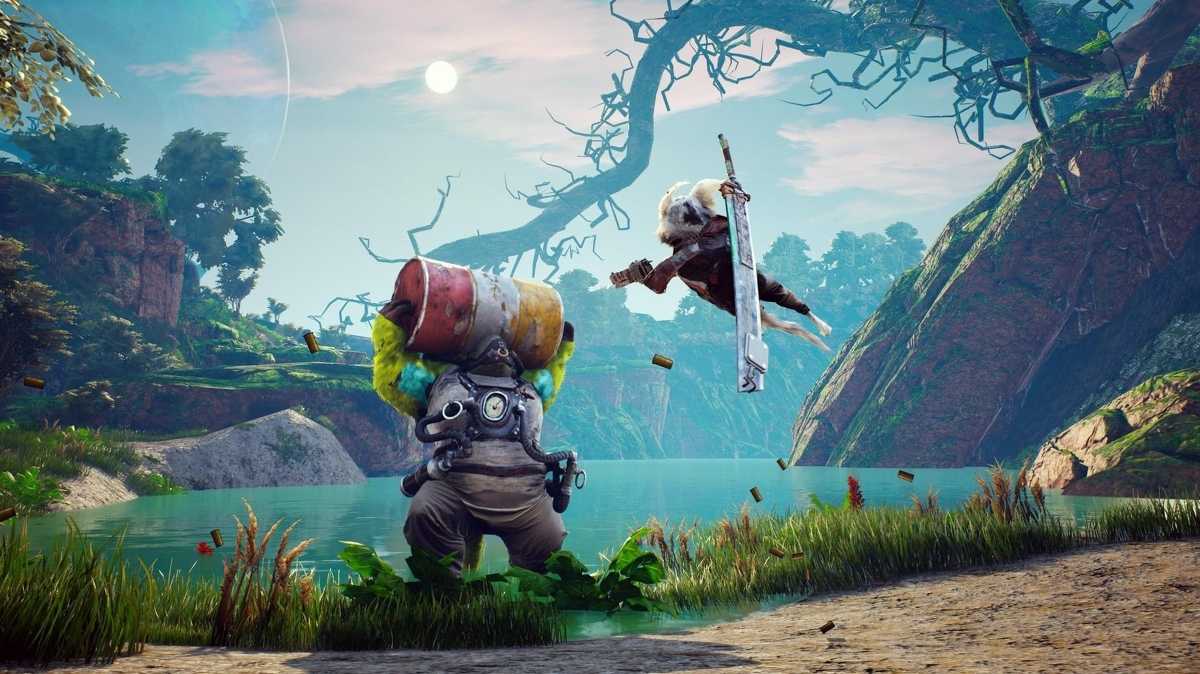 In conclusion, Biomutant consciously chooses to play his game on several fronts, also putting on the plate some decidedly well-conceived intuitions (which deserve, during the review phase, an honorable mention), but which end up being watered down too much by a decidedly confusing general direction and superficial. The same combat system was all too essential, despite being endowed with a good versatility, given the possibility of alternating without problems direct slashes, ranged blows and spells: it is a pity that even here all the freedoms offered end up being redundant, to the point that, if we consider everything, it is not perceived never the need to dissect every aspect of it.

Personally, over the course of the approximately 20 hours it takes to get to the end credits (ending the campaign and most of the secondary missions), with the exception of the first experiments with equipment and modifications, we never changed our setup, without encountering any difficulty in walking. A pity given the amount of meat on the fire. 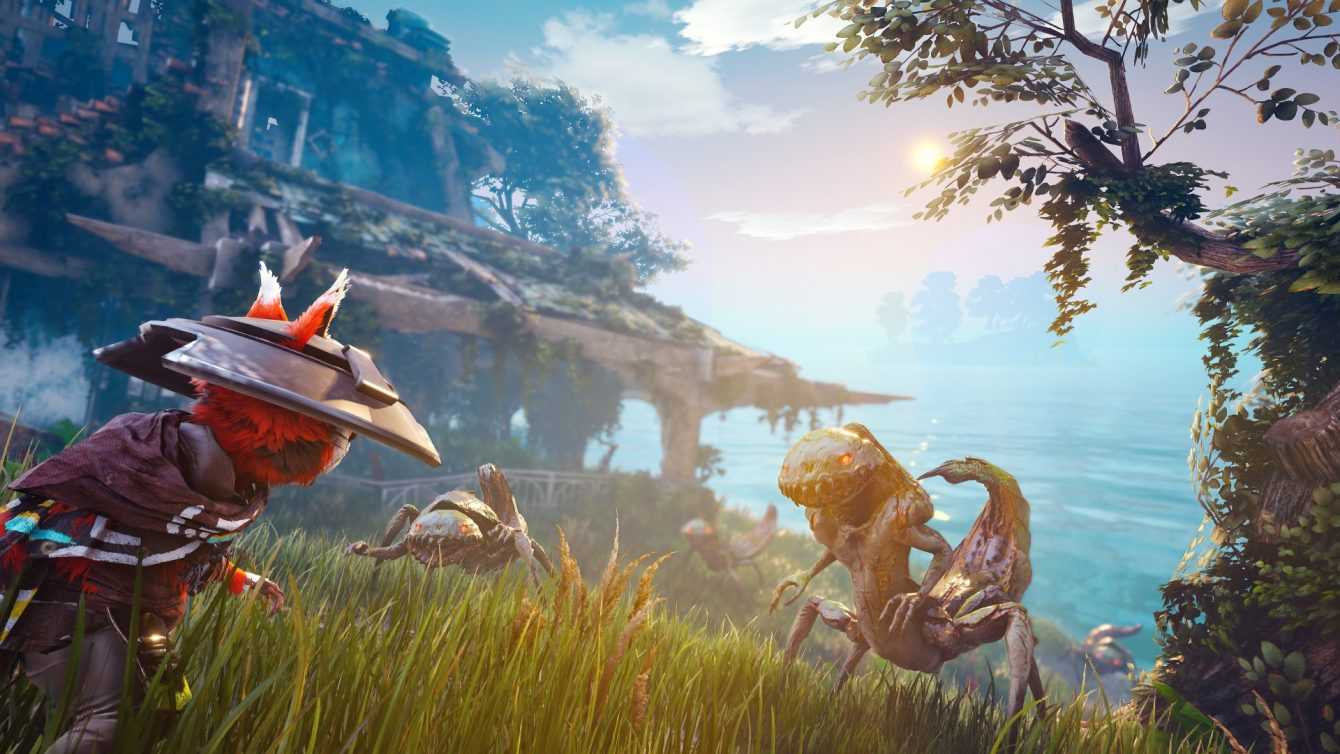 Furthermore, the inexperience of the team is to be found in the structure and development of theopen world proposed, which turns out far too old if addressed in the present day. The proposed activities, in fact, are extremely essential and repetitive, with side quests lacking in charisma and an exasperated repetition of playful schemes. A case in point, in this sense, are the various puzzles that, whatever the type of event linked to them, will always require us to align colored lines.

In short, everything is in the name of the already seen, whether we are talking about the aforementioned puzzles or the conquest of the outposts of the enemy tribes. About that, Biomutant has 6 different possible alliances, each of which moved by its own ideals: even in this case the game suggests a fair possibility of choice, with related implications, but once again we find ourselves in the presence of yet another mirage. In fact, nothing will prevent us from changing faction at any time, making the weight of our decisions re-sketched. 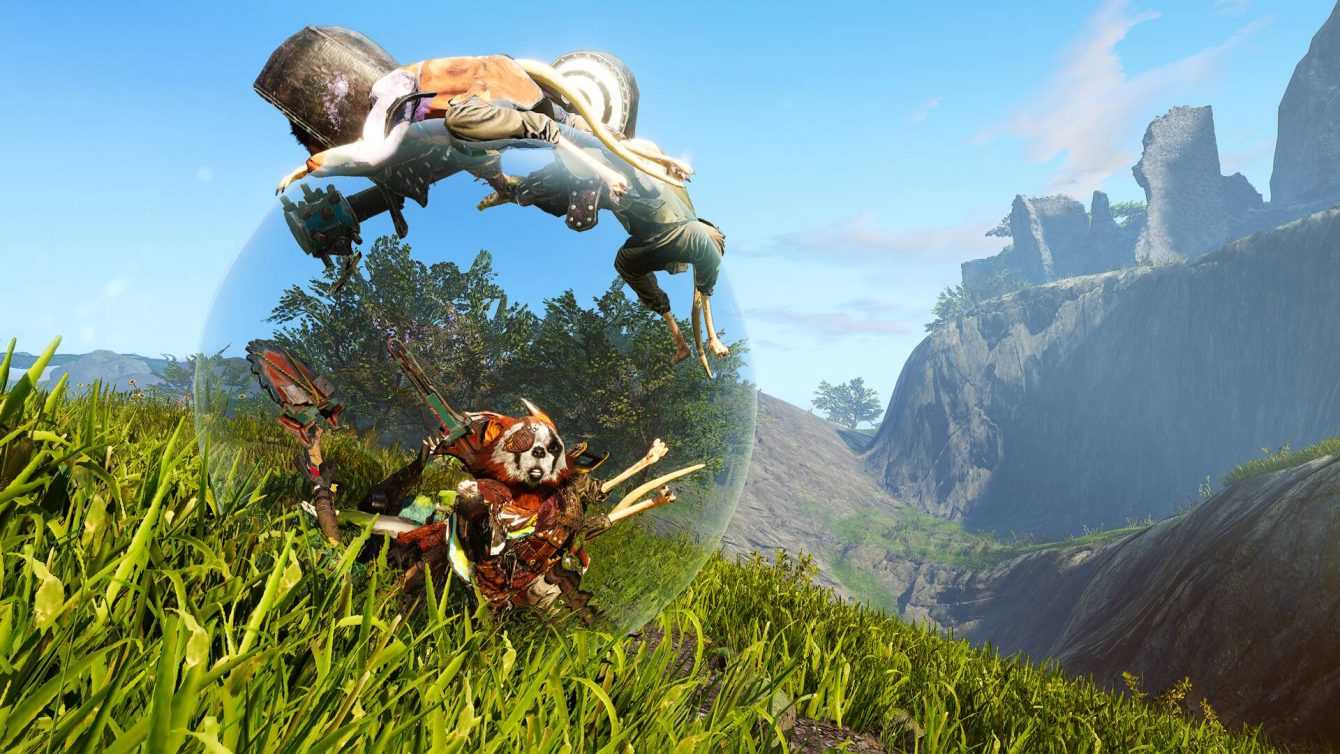 Although not particularly large, the environment in which we will find ourselves wandering will be truly captivating from a purely visual point of view, rich as it is in extremely different biomes: between ruined urban areas, rocky mountains, wooded areas, river areas. and much more, the simple discovery of what this fictional future hides is still a real pleasure, given the remarkable way in which the team has managed to characterize and cure everything. Especially taking into account the small number of members of which it is composed Experiment 101.

During the backward compatibility test on Xbox Series X, therefore, on a technical level the game did not show any particular problems, always being clean and well-finished, as well as definitely fluid (just a few sporadic micro shots, but it really is trifles) . The greatest applause, however, is due to the fits perfectly Italian localization, which was able to very effectively translate the funny neologisms with which our videogame progeny identified the remains of the past: World that Was, Bottorifugi, What Remains, Blippopiatto, are just some of the examples that we invite you to discover, and which show a truly above-average care in translation.

Even at the vocal level we settle on good levels, even if the accessory interventions of the narrator, the voiceover that accompanies every game dialogue (the various characters are expressed only through incomprehensible verses), they tend to be too intrusive and often out of place. Fortunately we will be able to manage the frequency through a special option. 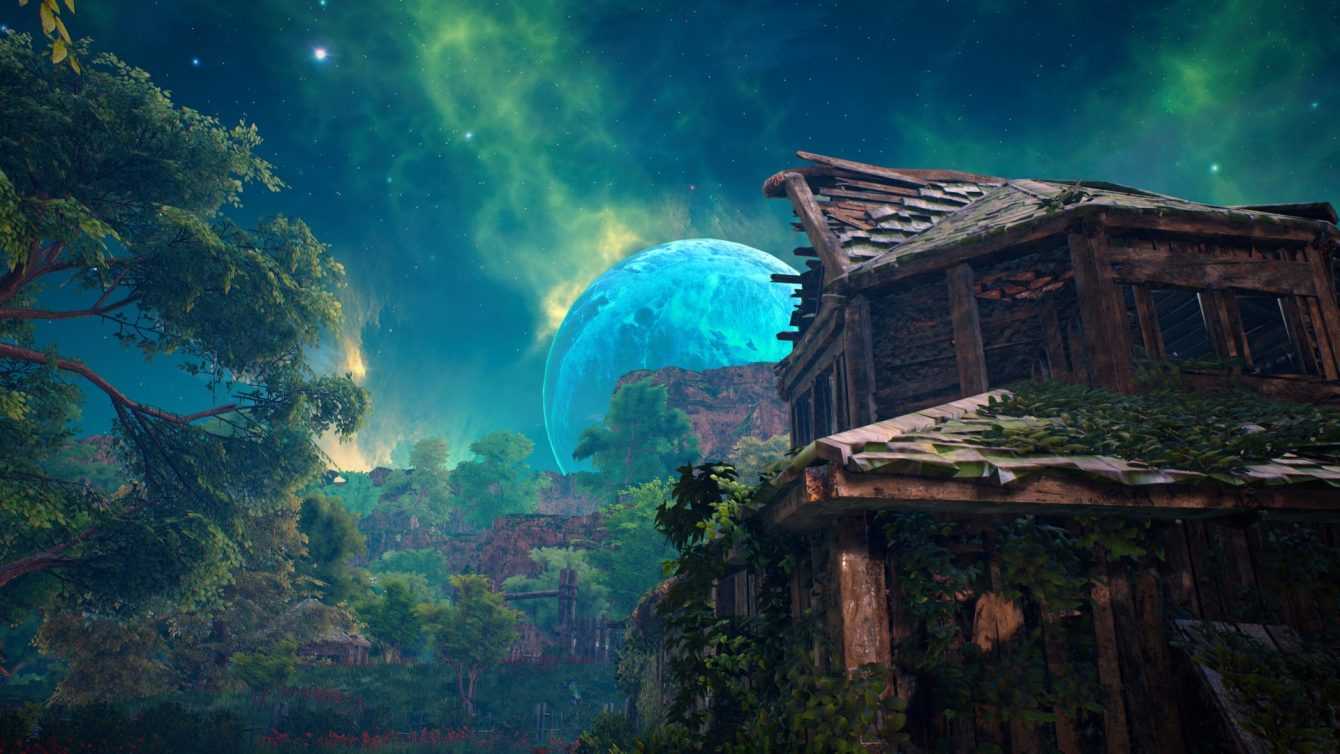 What is it, therefore, that makes Biomutant a title worthy of a sufficient review, even if it is a very tight pass? After more than 1500 words, the time has come to answer this and the question we proposed at the beginning of the review and, unfortunately, the answer is not as happy as we would have hoped. After spending 20 hours wandering around the disastrous future created by the Toxanol, in fact, it is really difficult not to believe Biomutant as an all too ambitious project for a young team like Experiment 101, among other things, by the certainly not large workforce. The study has undoubtedly fielded a considerable technical ability, as well as very good playful intuitions, but which ended up being watered down too much by a not very homogeneous and all too chaotic structure.

The old saying less is more, therefore, is more than ever appropriate in this case: proposing a less dispersive and more guided experience, as well as a bit leaner in the accessory mechanics, would certainly have allowed us to keep the general experience more focused, which due to how it is structured is too dispersive and not very refined all in all. Not everything, however, is to be thrown away, and personally we are curious to see the Swedish kids at work with their next project.

This concludes our review, but before saying goodbye and renewing you …