A security flaw in the software QNX BlackBerry gods could put several systems at risk, including those of cars and medical devices. By exploiting it, hackers could access personal data of users who use the Canadian manufacturer’s operating system, according to reports from American federal agencies.

The warning comes from the drug agency and other American agencies after BlackBerry reported the leak in QNX Real Time Operating Systems. The vulnerability could allow cybercriminals to execute code or flood a server with traffic to paralyze it.

BlackBerry’s software is mainly used by car manufacturers, including Volkswagen, BMW e Ford Motor. They use it for functions such asAdvanced Driver Assistance System. But the problem isn’t with the most recent iterations of the operating system. Only older versions of 2012 have this flaw and for the moment no motorist has reported technical problems related to this bug.

However, the American cybersecurity agency CISA he explains that it could “result in malicious actors taking control of highly sensitive systems, increasing the risk to the critical functions of the nation.” However, even this agency reporting to Homeland Security it does not report any cases of hackers exploiting the flaw.

According to press leaks, BlackBerry initially avoided reporting the flaw, precisely because no product was hit. However, to date the company has made public all the data in its possession regarding the problem at this address. On the same page you will find information for mitigate the problem and updates to resolve it. 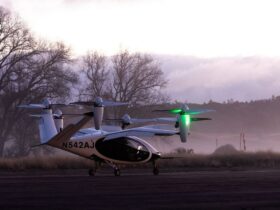