In this review we will tell you about Boomerang X, an adrenaline-pumping arena FPS developed by DANG! and published by Devolver Digital

The PC world is full of Fast and adrenaline-pumping first person shooters, and now also Boomerang X joined their ranks. This title, developed by DANG! and published by Return Digital, will allow you to face hordes of enemies armed with only a single weapon: a boomerang. If the strange concept behind Boomerang X intrigued you then we invite you to read our review, so as to fully understand the actual value of the security before purchasing it.

In Boomerang X you take on the role of a mysterious castaway which ends up getting stuck on an apparently deserted island. After a while, however, you will discover that this place houses the remains of the Yoran Mantid, a now vanished race of anthropomorphic insects that possessed magical abilities. Apparently this civilization became extinct due to the arrival of gods mysterious dark creatures who will do anything to try to get you out. Luckily you will be able to find inside the ruins a powerful boomerang which will allow you to face all the creatures lurking on the island.

The incipit is really very nice and in the course of your game it will be interesting to find out more about the mysterious past of the Yoran. Boomerang X, however, is not a title that focuses on storytelling and consequently many aspects of the story will not be revealed to you directly. On the one hand, however, this is good, since it allows those who prefer to focus solely on the gameplay of not be forced to put up with a story he may not be interested in. 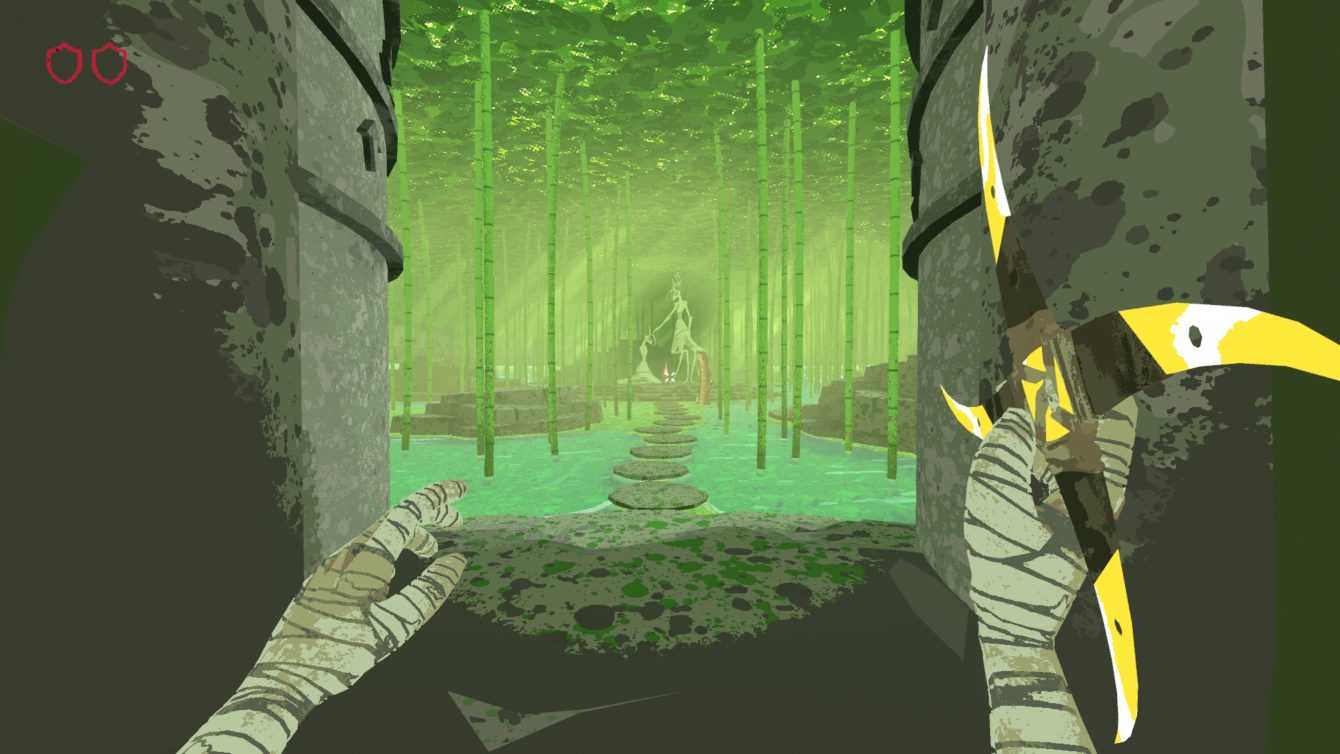 In Boomerang X you will have to face a large number of adrenaline-fueled battles just arm yourself with your boomerang. This weapon has many limitations due to its nature, but it also has several Magic powers extremely advantageous. For example the boomerang allows you to spring instantly in the direction it was launched, di slow down time and is also capable of performing lethal skills which are activated based on the number of enemies killed in a certain way.

All of these superhuman abilities might lead you to think Boomerang X is an easy game, but that’s actually not the case at all. The powers will in fact be essential to be able to survive the numerous waves of dark creatures that will try to hinder you. These enemies show up in numerous different shapes and sizes, and many of them will be really hard to defeat. Some have specific weaknesses to destroy, others are able to teleport, while still others are protected by shields generated by their allies. To defeat such particular enemies you will be forced to memorize their weaknesses and exploit them with the help of your many skills.

Keeping in mind how to deal with each enemy is not at all simple and, as if that were not enough, the fights will be further complicated by the chaos of the battle. In fact, the game is composed solely of arene in which you will have to face almost endless waves of monsters. Sure, to win just kill the few enemies marked with a yellow symbol, but in the sea of ​​traps and bullets you will find yourself in it will be difficult even to locate them.

Thanks to the many skills at your disposal, fighting in the midst of this chaos will be extremely rewarding and above all fun. Furthermore, given the fast loading times of the game, even in the event of repeated defeats you will never risk getting frustrated. 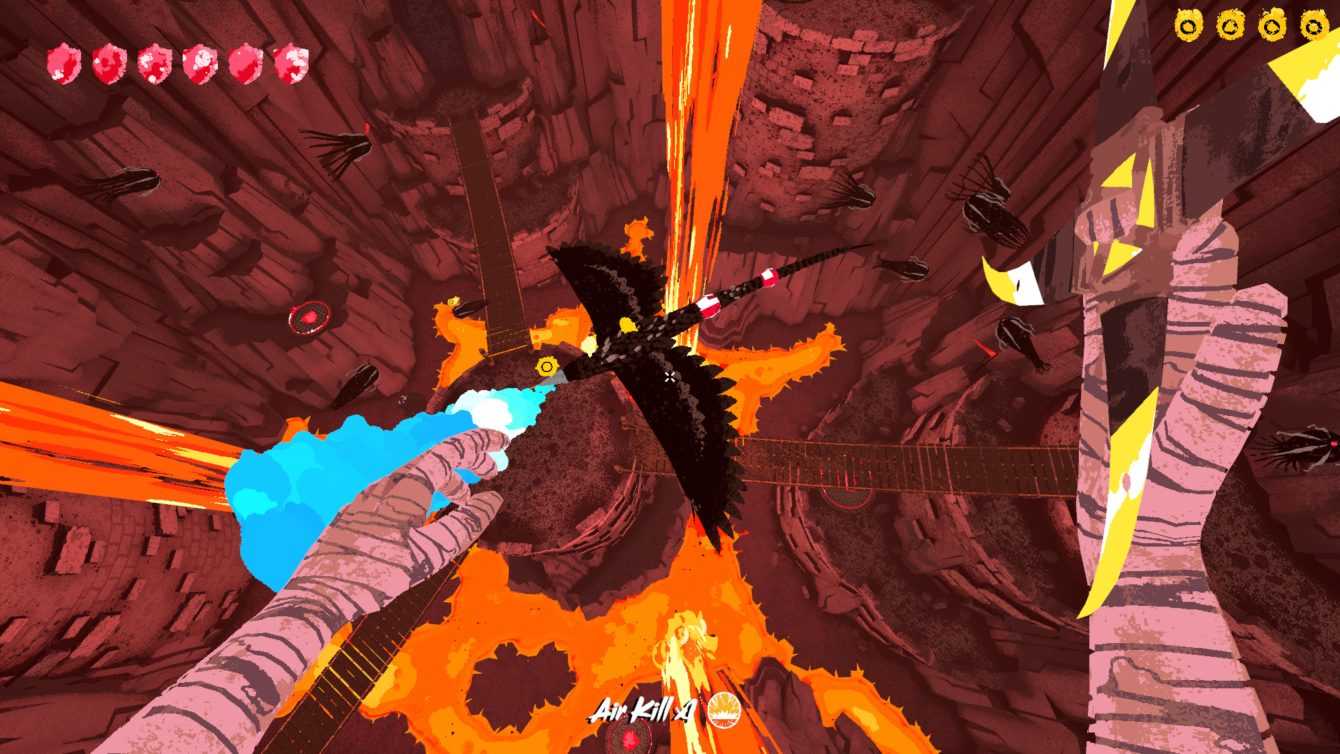 For what concern technical sector there is not much to say about Boomerang X. The game does not shine particularly graphically and it is quite light to be able to run on mid-range PCs without frame drops even during the most excited sequences. Also in the course of our test we hardly ran into any bugs.

On the other hand, the title manages to stand out a lot from the point of view artistic. Boomerang X indeed owns a very particular style almost from a comic that was born thanks to an unconventional use of shader by Unity. This artistic style manages to stand out a lot thanks to the extremely refined settings and above all to the very original enemy designs. The game is also very good with regard to the sound, with satisfying audio effects and above all a perfect soundtrack to jump into the fray. 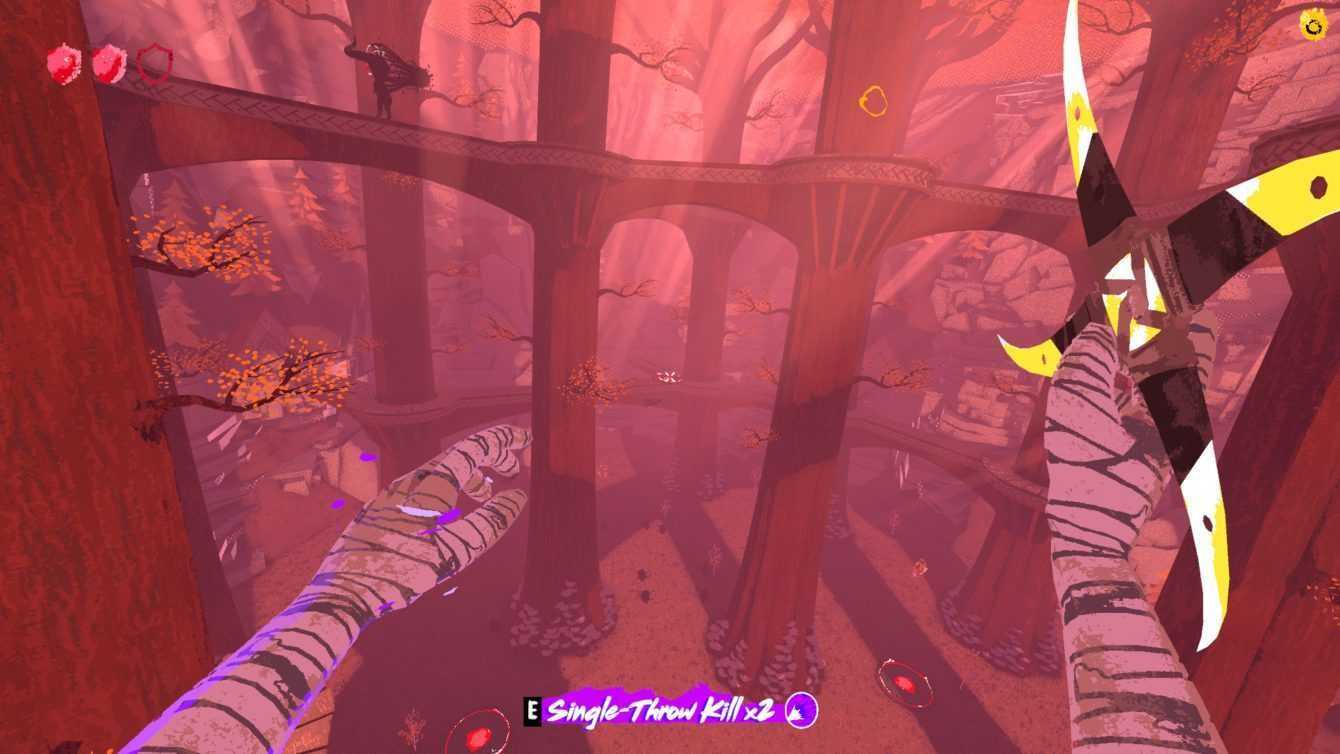 Now the point of our review has finally arrived where we take stock of Boomerang X. DANG’s FPS arena! he’s really tough, but he’ll be able to give a lot of satisfaction to lovers of the genre. The fights are extremely fast and chaotic, but thanks to your many skills you will be able to juggle environmental dangers and enemy attacks. Also, if you are a gamer who loves mysterious stories, for sure you will be fascinated by the enigmatic world of Boomerang X.

The only flaw of the title is represented by the time (which amounts to approximately 3 ore) but, given the density of heart-pounding fights, you will still enjoy a very satisfying experience. Also after completing the game you can also throw yourself in the New Game +, a new game in which you will have to face more hordes and more powerful enemies. In short, if you are a lover of this type of super adrenaline FPS, for sure Boomerang X will not disappoint you.

Boomerang X is available now for PC and Nintendo Switch. If you are interested in staying up to date with all the news on the world of video games and much more, then continue to follow us here on TechGameWorld.com. Furthermore, in case you want to buy some games at an advantageous price, we suggest you take a look at the many offers on Instant Gaming.

An injection of adrenaline 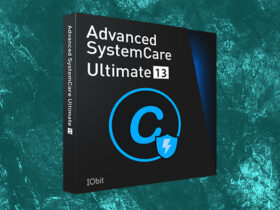