Bubble Bobble 4 was a huge success for consoles, which is why TAITO Corporation decided to launch the game also for PC. Starting this summer, with the subtitle of “The Baron’s Workshop”, the game will be available with new levels and features.

Bubble Bobble: from the arcade 1986 to the latest generation for PC

The upcoming PC release of Bubble Bobble 4 Friends: The Baron’s Workshop not only will it contain all the original and already released content for PlayStation 4 and Nintendo Switch, but also a new one Workshop mode exclusive to PC. The latter, called The Baron’s Workshop, allows you to create new levels and face enemies never seen before. The mode also allows you to share your creations with other players.

Bubble Bobble, first launched in 1986, is a classic arcade game in which twins Bub and Bob fight bullies by bursting colored bubbles. Bubble Bobble 4 Friends is not only the latest chapter of the famous title, but also the first new sequel in 24 years. Join Bub and Bob in the fight against their old enemies Bonner and Baron Von Blubba. To help them there will also be Peb and Pab, for 200 levels of puzzle platforming action.

Bubble Bobble 4 Firends: The Baron’s Workshop provides the option of play in co-op with up to 4 players, for a total of 100 levels. With the Workshop mode you can create, share and download new levels created and made available by other players. Plus, with Arcade mode, you’ll be able to relive the sensations of the first title in the series, for a decidedly 80’s experience.

The Baron’s Workshop will be available on Steam starting this summer, at price of € 39.99.

If, on the other hand, you like the iconic arcade cabinets, then you will be pleased to know that they are returning in a mini version! 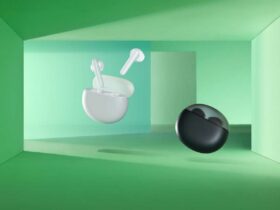 ASUSTOR Lockerstor: here are the new NAS in Rackmount format

Speedlink SKELL: a beautiful mouse to look at!