In this our first review of Call of Duty: Vanguard we will focus on what is the campaign, the beating heart of the single player experience of the new chapter of this historic saga

The Call of Duty saga has always lived and walked on a double track. A double soul that has always offered fans and fans of the series a double opportunity for fun. On the one hand, the solitary and narrative experience of the single player sector; on the other hand, the more social and competitive aspect offered by multiplayer and online modes. In this our (before) Call of Duty: Vanguard review we are going to deal with the first experience mentioned: that is the campagna single player.

Before proceeding with the review of the single player sector and the Call of Duty: Vanguard campaign we would like to make a small clarification regarding the methodological approach used in the discussion of this title. As mentioned previously, all the titles of the Call of Duty saga – and this Vanguard too – present two souls that offer an overall experience but which, at the same time, must be treated and considered as two components completely. autonomous.

Two games within one game. For this reason we will treat the title by going to make a content and empirical splitting, in such a way as to be able to offer a more in-depth analysis of both the aforementioned (perhaps too many times) souls. Having said this and having clarified this fundamental step, we can proceed.

The idea of ​​plurality that the intrinsic nature of a game like Call of Duty: Vanguard presents, offers us a perfect assist, in the phase of review, to begin to analyze and talk about the narrative that, the single player title campaign, in turn it offers us. An interesting story, let’s say it right away, with some ideas that we particularly liked during our experience of about 6-7 ore. We will be dealing not with a single protagonist but with several protagonists.

We will be catapulted into different phases of the Second World War. Phases experienced by different characters in different contexts. Everything will revolve around a platoon of special soldiers, of which we will live the origins (both personal and of the group) and the “contemporary” events. Different timelines, therefore, for different characters who, in turn, have different characteristics. Each of them will have peculiarities, linked to your background and your experience, which will then also affect the gameplay. 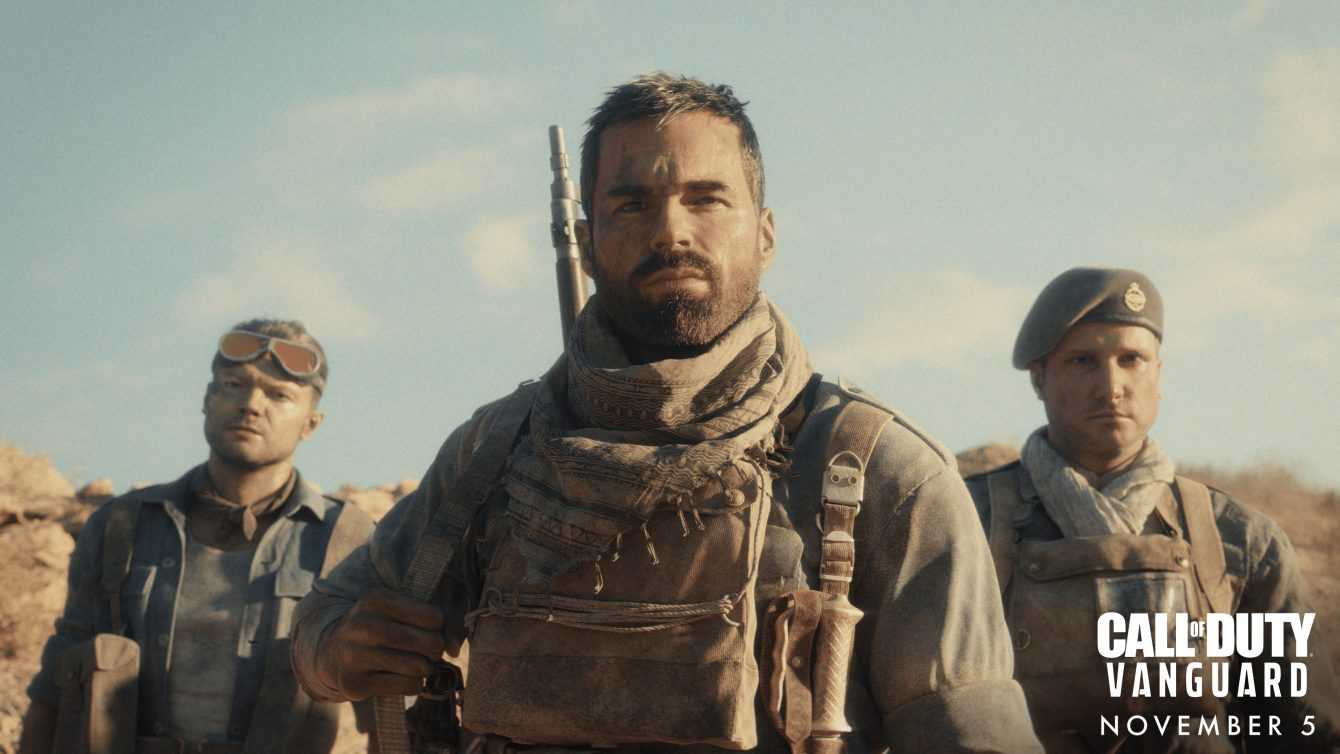 There are those who will be able to give commands and rules to the group, those who will be expert in the use of explosives, those who will have particular skills in parkour and those who, on the other hand, will be specialized in flying military aircraft. This element, on the one hand, offers an interesting idea that has its roots in the link between storytelling and gameplay which, when present, is always a point in favor.

On the other hand, however, management also emerges very shy of this choice and, the aforementioned characteristics and peculiarities (we do not feel like talking about real abilities) are presented in an excessively guided and bland way. All the narration is seasoned with a very high level script and cut-scenes whose direction and (almost) cinematographic rendering are certainly to be praised. 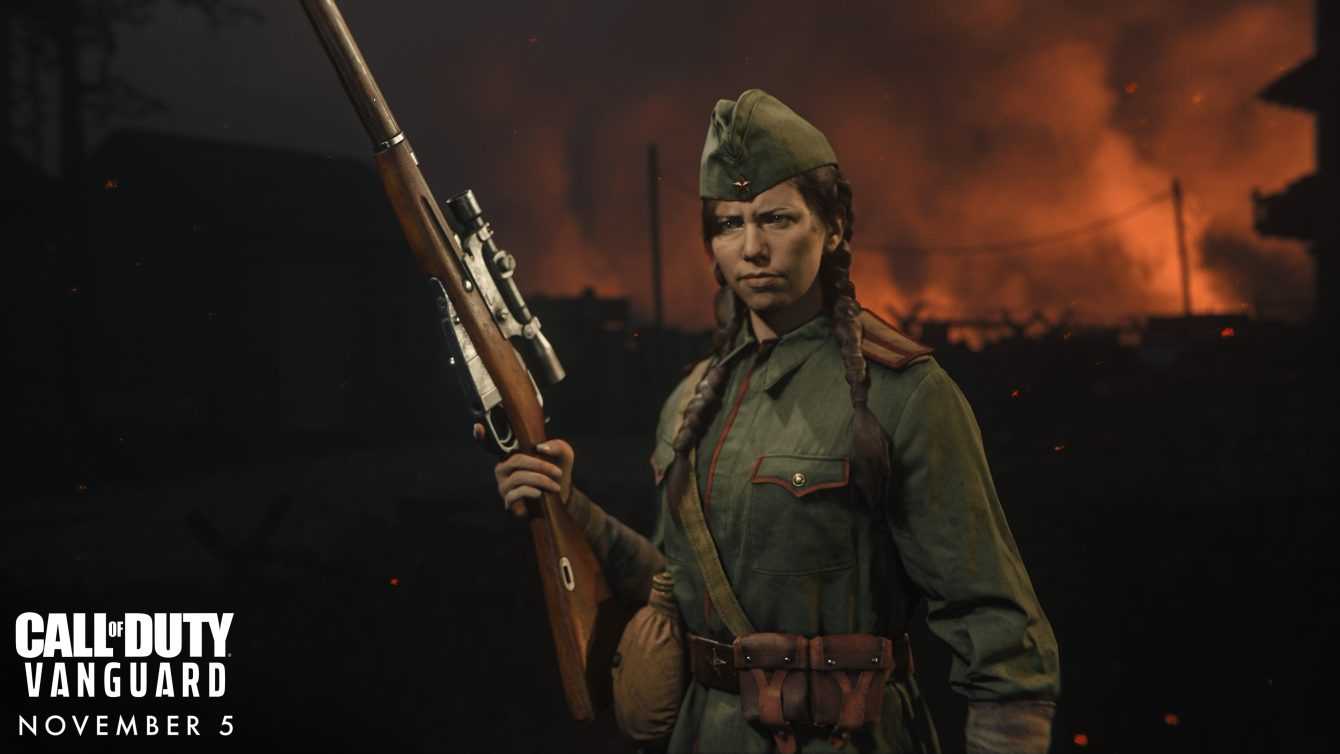 Am I out of the tunnel …? – Call of Duty: Vanguard review, single player campaign

How many times have we talked and heard about the concept of a tunnel in a video game? So many. Especially if we refer to a single player campaign of a title of the Call of Duty saga. By tunnel we mean, substantially and without too many words, a closed and guided structure of the game environments. This structure, clearly, limits the player’s actions and forces him to have an approach to a certain area already “foreseen” by the game itself.

Also in Vanguard this paucity in the level design of the areas faced during the missions of the single player campaign, it negatively affects the overall experience. There are few cases in which, due to narrative vicissitudes and level design choices, we will have the opportunity to face our enemies by adopting one fighting style rather than another. This is a real shame, especially in this chapter.

Considering, in fact, the previous discourse on the abilities and peculiarities of the usable characters, it would have been fitting as well as interesting and profound, to give the player the opportunity to exploit those characteristics in more complex and less guided environments. From the point of view of shooting there is not much to report. Call of Duty has never sinned in this aspect and the softness, as well as the ductility of the shooting also offered by the previous chapters of the saga, remain with decision and determination.

Call of Duty: Vanguard, from a technical point of view, is not easy to analyze during the review phase, especially if the single player campaign must always be analyzed from a technical point of view. This is because we are faced, often and willingly, to the choices and intuitions of the highest order and, at the same time, to some avoidable solutions and that make your nose turn up (quite a bit). The graphic style adopted differs from the latest titles in the series (Modern Warfare and Cold War) and aims more at a cartoon-like effect with a touch of photorealism that makes everything pleasant, yes, but not exciting.

On the contrary, however, they are of exquisite workmanship cut-scenes, which highlights the extraordinary performance of Dominic Monaghan as a ruthless and brainy Nazi. Our test, which took place on PS5, was pleasantly accompanied by a rock frame rate but, at the same time, we were slightly disturbed by the slightly long loading times.

What most, however, did not convince us was the management of artificial intelligence (of enemies and companions) far too scarce and devoid of merits and, moreover, the increasing presence of graphic glitches, textures and rough visual effects. Watching a scene from CoD: Vanguard is spectacular only if the vision remains superficial. The audio sector is excellent, both as regards the soundtrack and the sound effects of the weapons (whose models are of great quality as well as the basic context and the models of the characters) and excellent dubbing in Italian. 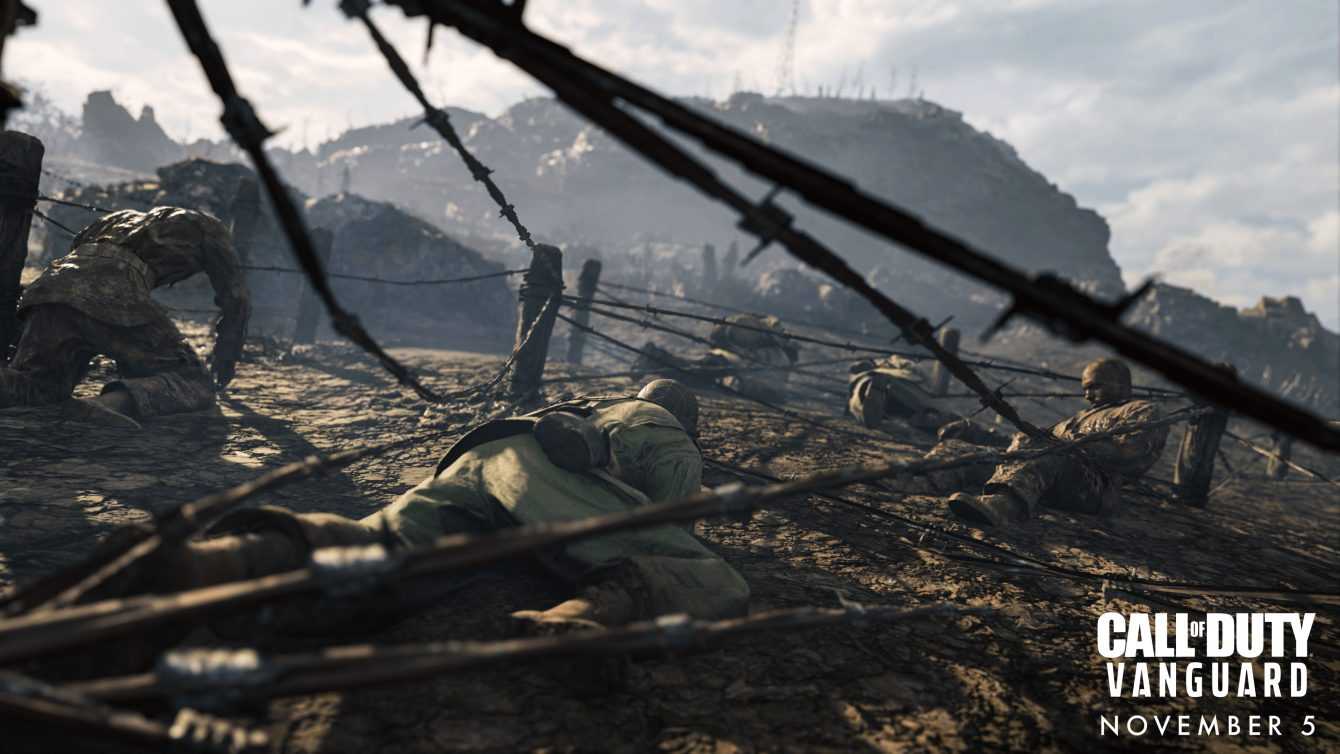 Our Call of Duty: Vanguard single player campaign review ends here and it is time to draw conclusions. The single player experience, offered in this chapter, is all in all pleasant but, at the same time, struggles to take off due to a series of choices and structural defects. Interesting the plural management of the narrative with characters with individual characteristics and peculiarities. Just as the shooting and everything superficially concerned with the technical sector is always spot on. Technical sector which, if analyzed in depth, presents major gaps in the management of AI and some graphic uncertainty. The title does not detach itself from an all too classic level design and which does not allow the title itself to express all its potential.

We remember that CoD: Vanguard is available for PC, PlayStation consoles and Xbox consoles, starting November 5, 2021. Stay tuned to TechGameWorld.com for further updates and for the review of the multiplayer component of the title. Instead, take a look at Instant Gaming, to buy video games at a discounted price.