Real war photojournalists come in to take pictures in Call of Duty: Vanguard, whose graphics are so realistic to deserve to be documented. The shots will then be sold on Bleecker Trading, with the proceeds that will go to Call of Duty Endowment.

Alex Potter and Sebastiano Tomada Piccolomini they shot in various war theaters, including numerous battles across the Middle East. But for the upcoming Call of Duty: Vanguard release on November 5th, they did something different, yet similar in image quality. In fact, they explored the game engine, doing a photo shoot on the title set in the Second World War.

Potter he explained that “These were all situations that I would normally have captured with my camera“. While Tomada Piccolomini he commented: “I was struck by how kinetic and engaging it all was”.

Their in-game shots will be available in a limited edition on Bleecker Trading, starting from 21 of 21 October. All proceeds will be donated to the Call of Duty Endowment. Which since its inception has financed the placement of over 90,000 veterans in high quality applications.

Fernando Machado, Chief Marketing Officer, Activision Blizzard commented, “Call of Duty: Vanguard captures the epic intimacy of WWII in an incredibly immersive way. We tested its realism by immersing Alex Potter and Sebastiano Tomada Piccolomini in the game engine through special camera-like portals, allowing them to step back in time as if they were photojournalists of that era, showing players around the world how Vanguard it will really appear to players all over the world ”.

If the graphics of this new Call of Duty: Vanguard satisfy even the trained eye of the most experienced photographers, the experience promises to be as immersive as ever. We just have to wait for November 5th to experience it for yourself. 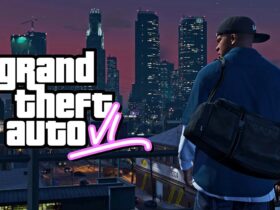