To date, the competition in Warzone has reached new heights. Let’s find out together the ranking of the best Warzone pro players of the year 2021

Among the most prominent and well-known Esports at the moment, Warzone deserves a prominent place. In 2 years, numerous tournaments and events have developed, as well as several streamers and content creators have been able to entertain the public by testing their skills. In the contemporary scene there are many i players e i team which have distinguished themselves in the various competitions. However, in this article we’re going to find out what the best pro player Of Warzone of the last 2021.

In the scene competitive of Warzone, there is no easy way and unique to define the talent and success. The move towards match Custom ha lifted up a lot the level of competition Export However, all this has put a strain on the ability to keep track of statistics of the players. We have therefore only due judgment metrics, namely the placement in tournaments and skill “eye track“. If the first is related to the rewards in money and to the factor clutchthe second concerns more directly the purees mechanical skills.

The second year of Warzone it’s really going strongalso thanks to the different ones changes affecting multiple factors. Starting with the introduction of a new mapwhich has given life back to the game and to matches, followed by prize money higher and higher. Among the highest remuneration there are figures over 300,000 dollars. Finally, last but not least, a fleeting look at the new competitions in LAN. To constitute the focus of the scene, however, are the player. Among many eligible candidates for the top 5these you will read undeniably represent the best pro player Of Warzone of 2021.

A mix of talents and a sense of play, Almond he achieved an exceptional year. It will also be his coupled with Tommey or the third point of the trident TBEAlmond earned a total of 241 507 dollars during 79 tournaments, ranking as the second highest earning of the year. Winner of the prestigious Baka WonderLAN (Warzone’s first LAN event), Almond finished first in countless others events. Her coupled with Tommey tried theextreme synergy which is between the two. If Almond earned more than Newbz, why is it not further ahead in the standings? The answer lies inadaptability. If the TBE trio has won countless events, Newbz is stayed out as the free player for duos. Despite this he managed to find an excellent one synergy with HusKerrs. That same synergy, though often put to the test, is culminated in World Series of Warzone Duos championship and in many other won events. THE 197 735 dollars earned are not too bad, especially considering the fact that it is the bedroom Biggest cash, however, what stands out about Newbz is his unprecedented skill in the knowing how to work as a team with all. One could argue about the presence of Biffle in the top five because he was in ninth position as the highest gain in the 2021. Looking better at the statistics however, we observe that if the others nominated in this ranking have participated and won in more than 70 tournamentsBiffle only counts 31. The skill of him is also testified by the fact that the media of his earnings for each tournament he participated in was 5 064 dollars. Circa 2 000 more than the second in the overall standings. Plus, if you ask anyone streamer Of Warzone who is the most talented player, many will answer the name of Biffle. Aydan is one of the players who has earned more over time. With her third position for money obtained in 2021Aydan does not admit defeat so easily. It has no case is the winner of tournaments such as the ZLaners Bangerthe World Series of Warzone Trios and the Dallas Empire Challenge. From the standpoint of mechanical prowess, the challenge is between Aydan e Biffle. They both push like gods demons when put under pressure. However, despite some inconsistencies, Aydan plays a lot and wins the same. So much so that he was only one bullet from conquering the WSOW Soloswhich would have earned him the first place in this ranking.

At this point it remains for us to ask ourselves how it does this Tommey to be the best IGL (in game leader) in the history of CoD. The boy thinks so much quickly as much as he can make fire and has a composure and a coordination eye hand to make many envy pro player. Tommey, along with Almond, is the player with the earnings highest ever. Tommey is still undefeated on the new map Caldera and is the winner of the brand new competition Warzone LAN. Although he has yet to win the WSOWthis amazing player has raised the level for all of Warzone’s competitive scene and for this it deserves the highest place in the ranking. As we have seen in this one classification of the best pro player Of Warzone of 2021, choosing the best was not easy. First because the scene evolve very quickly, depending on why each of these players has a own style. Having to put them in order on the basis of earnings and of the mere mechanical skills it probably doesn’t do full justice to their many others quality as a pro player. Arrived at the end we ask you therefore, you are also butter of the players hardened by Warzone? Follow the scene competitive? Let us know your moles comments. For others guide about Warzone and everything about the world Esport, take a look at our pages as always.

To buy securities on sale, go to our Instant Gaming link! For other news, guides and reviews, follow the pages of TechGameWorld.com. 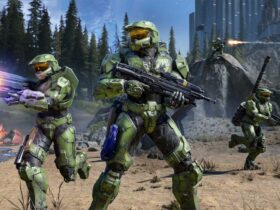