01 Distribution has announced the new release dates of two highly anticipated films: Diabolik by Manetti Bros., and Freaks Out by Gabriele Mainetti

Specifically, the release dates are set at December 16 for Diabolik and al October 28 for Freaks Out.

Diabolik and Freaks Out: curiosity about the two upcoming films

Diabolik will be released in theaters on December 16, leading from now on the expectation not only for this vision, but also for the next two: the production of Diabolik 2 e Diabolik 3. The project dedicated to Diabolik therefore appears much more ambitious than previously thought.

Film adaptation of the adventures of the character created by Angela and Luciana Giussani, is directed by Manetti Bros. and written by Michelangelo La Neve, which signs the subject with Mario Gomboli. Luca Marinelli, Miriam Leone e Valerio Mastandrea they lead the cast of the film, inspired by volumes 3 and 4 of the comic saga that will show the first meeting between the skilled ruthless thief and his femme fatale in a real origin story.

As for Diabolik 2 and Diabolik 3, at the moment we can report that filming will start in October; just when in cinemas we will find the second film in question Freaks Out.

The highly anticipated work of Gabriele Mainetti will arrive on the big screen on October 28, 2021, featuring two well-known actors among the cast members: Claudio Santamaria e Pietro Castellitto. The story, from a subject of Nicola Guaglianone (who signs the screenplay with the director himself) focuses on a group of “freak phenomena” who will have to struggle to survive in an Eternal City occupied by the Nazis.

Are you waiting for the two films? In the meantime, keep following TechGameWorld.com for real-time updates on cinema and TV series! 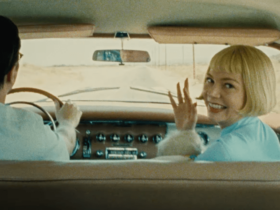