With a note that appeared on the official website on Friday 3 September, the Guarantor for the protection of personal data (better known as the Guarantor for privacy) makes it known that it has taken a position towards drones. Or rather, their use too casual to monitor, for example, the presence of gatherings. Or even the body temperature of the bathers.

The difficult relationship between drones and privacy has led the Guarantor to open three investigations, in Bari, Rome and Ostia.

Let’s find out what happened in the three cities and why the Guarantor had to intervene. We then take stock of the intricate relationship between technology, control and privacy.

In the note, the Guarantor has made it known that he wants to clarify “with regard to initiatives that involve the use of drones too easily. The increasingly frequent use of these tools for the most diverse purposes could be harmful to the confidentiality of the persons being filmed “.

The note then reads about the three investigations opened in Bari, Rome and Ostia, accused of too casual use of drones.

The case of Bari

One of the three interventions by the Guarantor involved the Apulian capital. The Municipality had asked that the drones support the work of the local police to intercept “any gatherings incompatible with the limitations due to the management of the Covid pandemic”.

The administration, already criticized by the opposition for this measure, now has twenty days to send the Guarantor a series of information on the times and methods of use of remotely controlled aircraft. It will also have to send “a copy of any impact assessment on data protection required by the EU Regulation.”

The case of Rome

A similar request was sent to Roma Capitale, where the local police should equip themselves with nine drones to monitor the city from the upcoming autumn. The aim is to prevent environmental crimes, illegal waste deposit, toxic fires, building abuses, as well as traffic monitoring.

Also in this case, the Guarantor has started the investigation to verify the effects of the initiative on citizens’ privacy. As for Bari, twenty days also in Roma Capitale to provide the requested information together with a copy of the impact assessment.

The case of Ostia

Last in chronological order the request for information to the Usl Roma 3 company, always on the processing of personal data, on the initiative announced for 4 and 5 September on the beaches of Ostia. Where a drone would have flown over the coast to check the body temperature of people on the beach.

In the night we can read that, “given the delicacy of the personal data processing that is intended to be carried out, in the absence of a clear legal basis that can legitimize them, the Guarantor has asked the company to provide a series of clarifications.”

This time, the Roma 3 Local Health Authority has seven days to specify “who is the data controller of the data of the persons subjected to the measurement of body temperature, the reasons for the detection, the reliability of the tools used, the expected consequences for those who have a temperature higher than the physiological one, what information will be disclosed to the interested parties and how it will be provided. “

The reverse of Ostia

Ma Ostia seems to be retracing its steps.

The planned initiative, in fact, had been announced for Saturday 4th and Sunday 5th September. However, the post giving the news was removed from the Usl Facebook profile.

The official reason for the suspension of the project is linked to atmospheric conditions. However, many believe that it was the privacy issue linked to the use of drones that slowed down the reconnaissance flight. Which was expected “on the coast of Ostia from 11 in the morning to 16 in the afternoon, between the Coconait kiosk and the Plinius plant”, as the Company’s Facebook page always said.

in the meantime came the words of the councilor for health, Alessio D’Amato. “There will be no drone flight over Ostia, it is an autonomous initiative of ASL Roma 3 which is not part of the programming of the Covid-19 Crisis Unit. The president of the Lazio Region Nicola Zingaretti asked the General Manager of the ASL for a report ”. 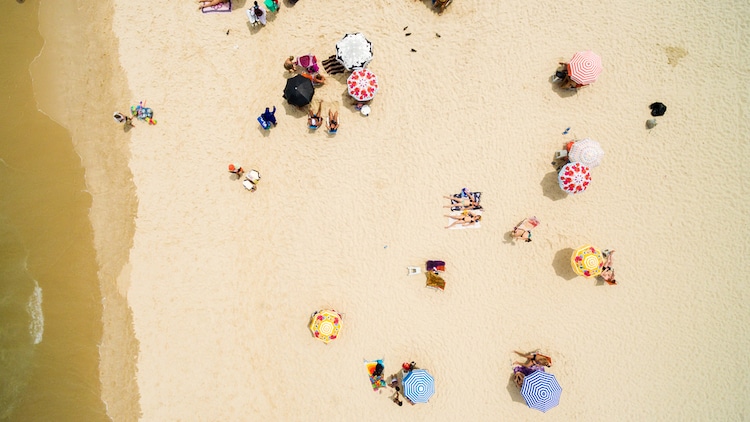 It is above all the case of Ostia that has aroused the indignation of citizens. Although it should be remembered that during the first lockdown, in the spring of 2020, remote thermoscanners and drones were used on Rome and other Italian cities to monitor unmotivated gatherings and exits from home.

We are in the broadest and most delicate area of ​​the relationship between technology and privacy, which is declined for example in the increasingly dense presence of artificial intelligence in our cities. How far is control lawful, and from where does it place the baggage for individual freedom?

The European Union has also intervened in this regard several times.

The same is true on social networks, where what is mistaken for absolute freedom of expression can carry at least two risks (especially for the less equipped): that of an intrusion into one’s personal data, and that of overexposure to information, often in the form of fake news.

There is no recipe for happiness, nor a ready and unambiguous solution. Of course, a great help to citizens could be provided by information campaigns. Which would allow them to know and claim their rights (as in the case of drones), to warn against attempts at manipulation and the increasingly frequent hoaxes that populate the Net.