There is only one week left for the first business event dedicated to exports in Italy. This is Round One and will be held for two days in early October. Here’s everything you need to know.

Round One: two days dedicated to esports in Turin

Is called Round One, and is the first business event dedicated to esports in Italy, organized by IIDEA and Ninetynine. The event is set for on 5 and 6 October at OGR Turin. An event not to be missed, which includes the creation of over 20 talks and panels with leading Italian and international guests. Two days of unique moments for fans and professionals.

The second day of the event, which will be inaugurated in Sala Fucine, will be an appointment dedicated to the numbers of the sector. Among the guests there will be Tim Krueger (Commercial Director Esports & Gaming, International di Nielsen Sports &  Entertainment) e Tommaso Mattei (Head of Consulting Europe, MENA & Mexico di Nielsen Sports &  Entertainment). The two will share an analysis on the operators of the world of esports in Italy.

Afterwards, the stage of the Sala Fucine will be all for Riccardo “Reynor” Romiti. The Pro Player of the team QLASH he will talk about his story and how he got on top of the world. Romiti has in fact become the first non-Korean player to be crowned champion of the Intel Extreme Masters of StarCraft 2.

There will then be a branded intervention Reply, Gold Sponsor di Round One. Filippo Rizzante (Chief Technology  Officer Reply) e Fabio Cucciari (Co-Founder Reply Totem) will talk about how the Reply Rotem project was born and the reasons that led the company to believe in the esports business.

In the afternoon it will be the turn of Simone Tomassetti (Senior Manager – Twitter Strategic Media Partnership) who in his speech entitled “Twitter and the world of gaming & esports ”will explain how the social network has become the virtual square where fans and players meet. The blue social network has in fact registered over 2 billion gaming-themed Tweets in 2020 only. Do not miss the moment dedicated to Open Fiber, Gold Sponsor of Round One, who through the voice of Domenico Declarante (Head of Operational Marketing) will explain how a fast and reliable fiber optic network is essential nowadays for those who want to compete in the gaming world. It will also announce upcoming Open Fiber initiatives aimed at gamers.

In the Sala Duomo, on the other hand, Lorenzo Giorda, Global Digital Marketing Director of Lavazza Group, and Alessandro Sciarpelletti, Executive Creative Director of We Are Social, protagonists of a chat on the meaning of the gaming industry for brands today.

The Round One ticket office is already open and provides tickets for both physical participation in the event and for remote use. All the details on the different ticket types are available on the official website. 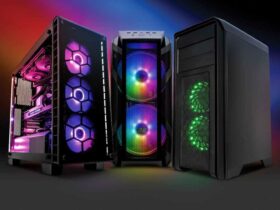 Apex Legends: released a trailer of the gameplay of the season 10

E3 2021: confirmed date, time and line up of the Capcom event