Eurovision Song Contest: the story of the Fire Saga is the film with Will Ferrel and Rachel McAdams that arrives at the 2021 Oscars with the nomination for best song. Here is our review.

Eurovision Song Contest: The Story of the Fire Saga is a Netflix original musical comedy that sees the United States fly to Europe and tell the world their perspective on one of the best-known musical events, Eurovision Song Contest. A musical event known in Italy because in more recent years our country is represented in competition with the winner of the Sanrermo Festival, but which remains little known outside Europe. And the idea of ​​the film was born from a trip by Will Ferrel to Lisbon in 2018 during the final of the race and that made sure that the actor, as well as the protagonist here is also the screenwriter and the producer.

Lars Erickssong is a singer and musician who, together with his friend Sigrit Ericksdóttir, forms Fire Saga, a band that plays in Iceland in their small village Húsavík and dreams of the Eurovision Song Contest. From an early age, he is hindered by his father, played by Pierce Brosnan who as a fisherman does not understand his son’s aspiration. He, moreover, is a man over the top, awkward, a dreamer who, however, has no intention of giving up and withdrawing from music. A series of unforeseen and unfortunate events ensure that the Fire Saga really arrive at the Eurovision Song Contest and even come close to victory.

This plot, with its characters, their inspirations and their costumes, takes us directly into a world of the absurd: in which the two protagonists are two dreamers, still immature with Lars unable to give up and see reality, as his way of doing that obscures Sigrit and her lack of talent and Sigrit talks to elves, she is in love with Lars and fails to assert her voice in both music and life.

Welcome to the world of the absurd | Eurovision Song Contest review

All surrounded by the dream of an international singing competition, which for them would not be a springboard into the world of music, but is the final direction, the one that would satisfy them most. A little-known European competition in the United States, based on music, inclusion, colors and pop culture that sometimes results in healthy trash. 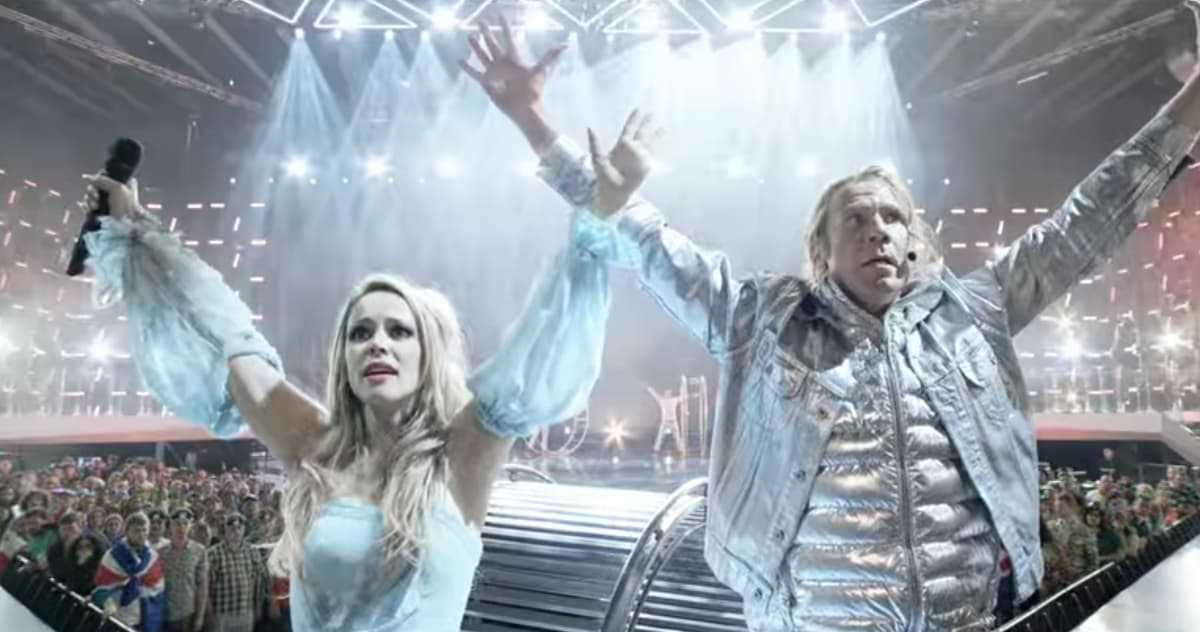 And it is precisely this healthy trash, which accentuated, leads the protagonists and the main plot, between dreams that break, clothes that fit together, sets that don’t work and a whole series of absurd events as in a well-studied commedia dell’arte.. Precisely for this study and these choices, the film takes us into a world of the absurd that works, amuses and entertains. The demonstration that when the script is structured, it also makes us excited in front of Icelandic songs sung in a pub.

At the heart of this series of events, characters and disconnected dialogues, the plot nevertheless does not fail to excite us at the end and also make us reflect. A reflection that is certainly not original, but which in any case leads us to the good old artistic dream that we want to achieve, but not without emphasizing that to be able to do it you need talent and in this case a lot of luck. And above all, as demonstrated by Sigrit, played by a very good Rachel McAdams, you have to emerge, without fear, otherwise you risk remaining forever in the shadows of the decisions of others. And it is with this courage that we can also hear the final song Húsavík which is also the same Oscar nominee 2021 for best song.

Eurovision Song Contest is a film that surprisingly does its duty: it amuses, entertains, makes you turn your nose up at how unreal some passages are, disconnected from reality and trash. And precisely for this reason it is a film that has certainly not become a masterpiece, but that is able to entertain and bring us even within unusual European contexts. Perhaps even more hilarity and absurdity would have benefited the plot, detaching the film from any real context and thus making it crazy, but believable in its madness..

Welcome to the world of the absurd